We're temporarily changing our customer service hours. We will be available to take calls weekdays from 7 a.m. to 2 p.m. at 724-222-2201. The business office remains closed to the public.
1 of 4 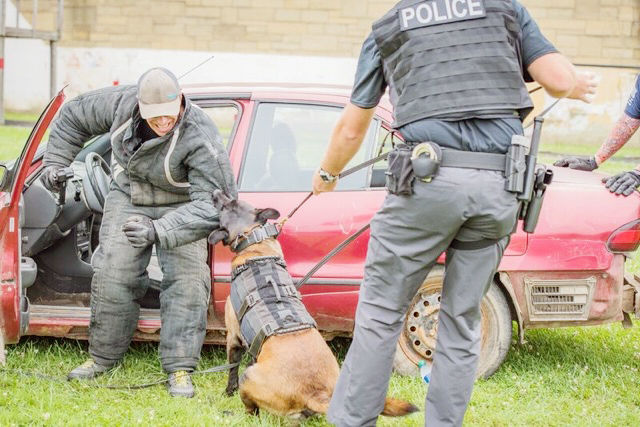 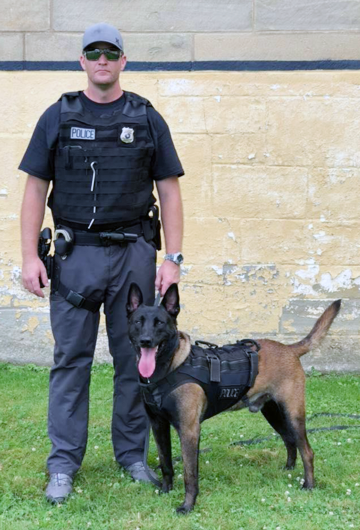 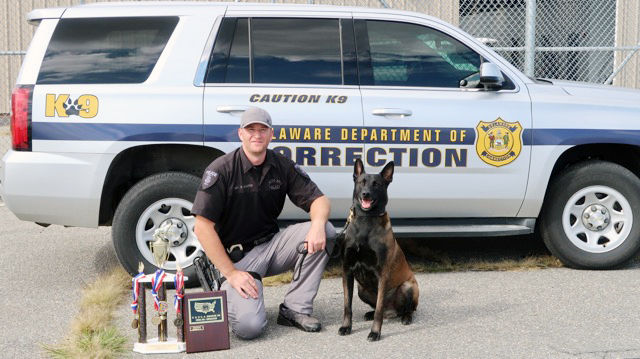 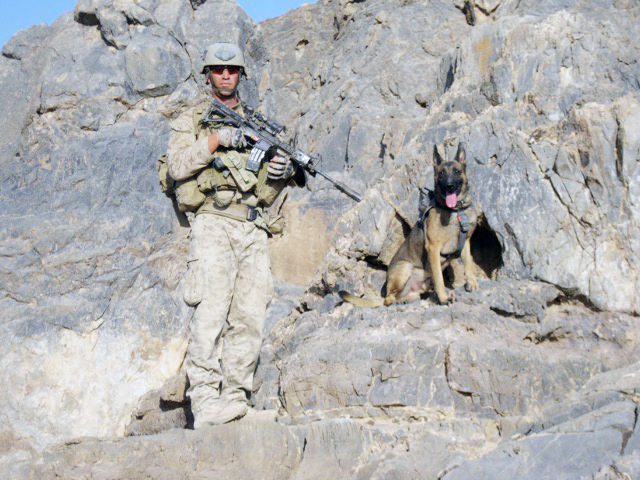 Trinity Area School District Police Department officer Ben Shaffer, the handler for Hiller, the district’s K-9 officer, has 16 years of experience as a K-9 handler and trainer. Here, Shaffer and K-9 Pinkie are on patrol in the Helmund Province of Afghanistan in 2009 during Operation Enduring Freedom, where they participated in combat operations.

Trinity Area School District Police Department officer Ben Shaffer, the handler for Hiller, the district’s K-9 officer, has 16 years of experience as a K-9 handler and trainer. Here, Shaffer and K-9 Pinkie are on patrol in the Helmund Province of Afghanistan in 2009 during Operation Enduring Freedom, where they participated in combat operations.

Every dog has his day, and Hiller, a K-9 assigned to Trinity Area School District Police Department, recently enjoyed his.

The duo qualified to compete in the national competition in Florida later this year, but will not be able to participate because of their schedules.

Over the course of the two-day competition, Hiller competed in events including agility, obedience, evidence search, scent work and criminal apprehension.

Hiller excelled in all of the events, but Shaffer said the K-9’s favorite event is criminal apprehension, which requires him, among other tasks, to pursue and subdue a “suspect” with and without the sound of gunfire.

“As far as his level of excitement and drive, he likes the aggression side of competition,” said Shaffer, who described Hiller as sneaky athletic. “He has to run down a field, tackle a guy about 65 to 70 yards away, so he’s looking for where to bite and launches himself in the air to subdue him. It’s physically and mentally demanding and exhausting.”

Hiller joined Trinity Area School District Police Department – which includes seven armed police officers – in the fall of 2018, after he was imported from Holland by Police Dogs Inc. of Oxford, Fla.

In August 2018, Shaffer and Hiller traveled to the Oxford facility, where the pair trained for four months.

“It was one-on-one, him and I, seven days a week,” said Shaffer. “Some might say we’re joined at the hip. He’s my buddy.”

They have developed a close relationship built on trust and training, and have together since Hiller came to the United States.

The school district added Hiller to provide an extra layer of security and protection on its campus.

“We take safety and security very seriously,” said Shaffer. “He’s trained to do a lot of different things. He’s a tracking dog, a detection dog, he’s a bite dog. One of his purposes is as a psychological deterrent. We are a presence.”

Hiller and Shaffer visit all of the district’s schools and are on-hand for extracurricular events including football games and band concerts.

Shaffer said Hiller’s social personality and ability to turn the working mindset on and off makes him a good K-9 for a school district.

“He has to have personality traits above and beyond a typical police dog that’s on the street because he’s in a school setting. His mental clarity and his personality are phenomenal,” said Shaffer.

Shaffer, a 1998 graduate of Trinity High School and U.S. Marine Corps veteran, has 16 years of experience handling and training K-9s and instructing handlers throughout the world.

He supported the 2nd Amphibious Reconnaissance Battalion while serving in the U.S. Marines as a combat K-9 handler in multiple theaters of operations.

Shaffer served two tours of combat in Iraq and Afghanistan with the Marines, and four tours with the U.S. Department of State.

Shaffer said Hiller’s addition to the police department has been positively received.

“From the morale boosting aspect, that’s been a bigger and noticeable side of his job. We travel to buildings, read books to the kids, talk about what kind of dog he is, how old he is. In assemblies, when we talk about safety, I take him as my helper,” said Shaffer. “He gives the kids peace of mind. It definitely helps them.”