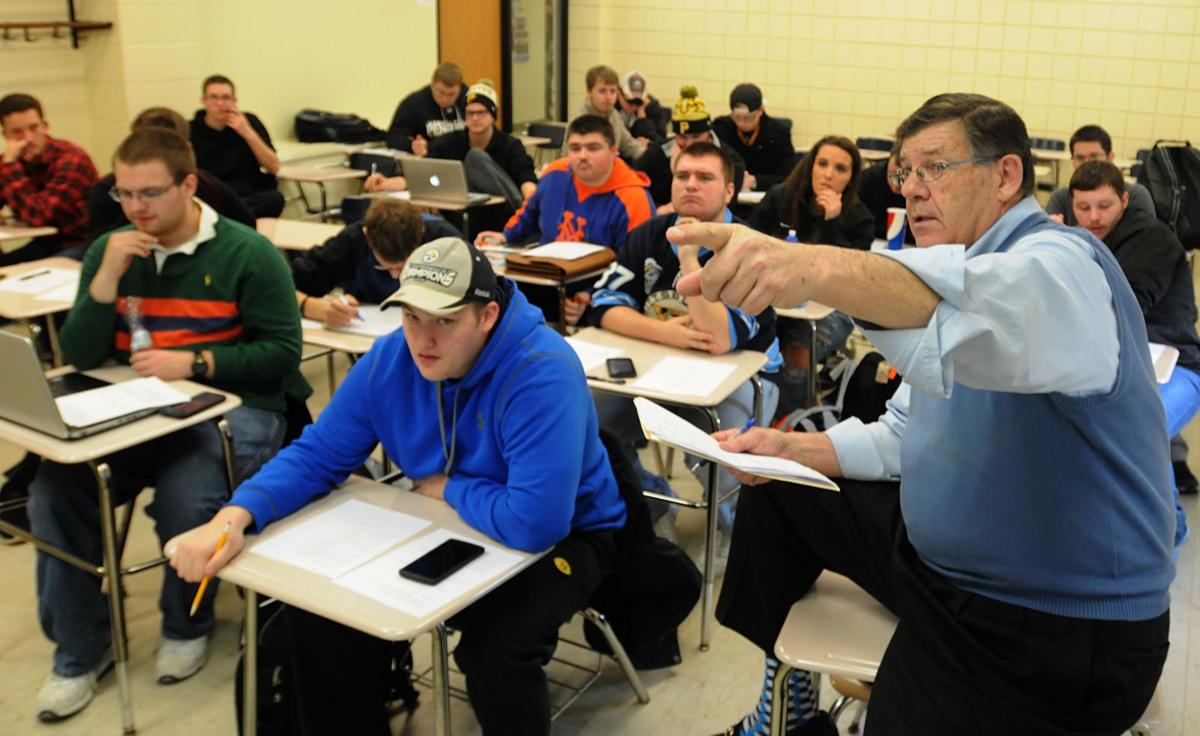 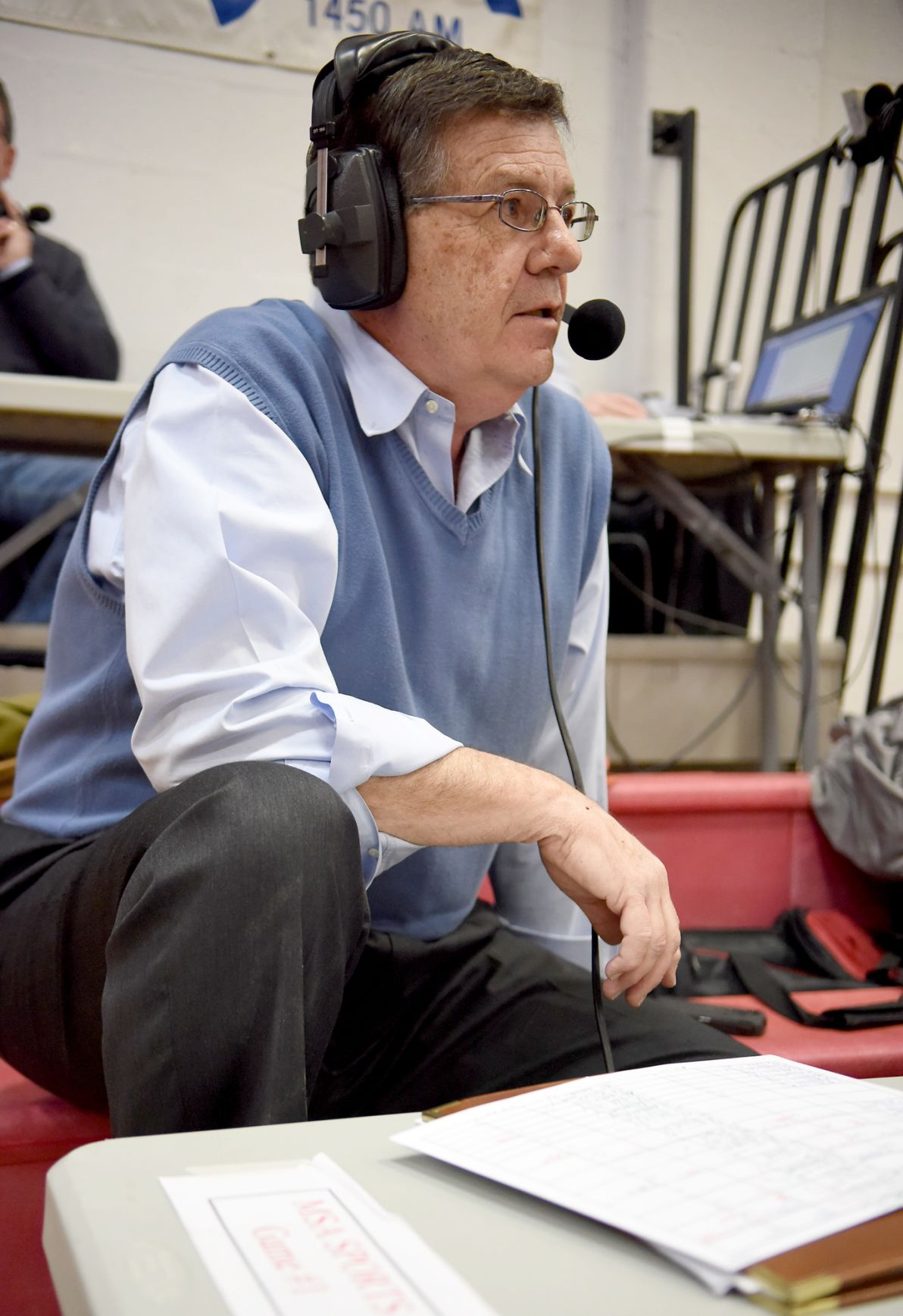 Lanny Frattare announces for MSA Sports radio during a basketball game at Peters Township for the WPIAL playoffs. Frattare was a play-by-play announcer for the Pittsburgh Pirates for more than 33 years. 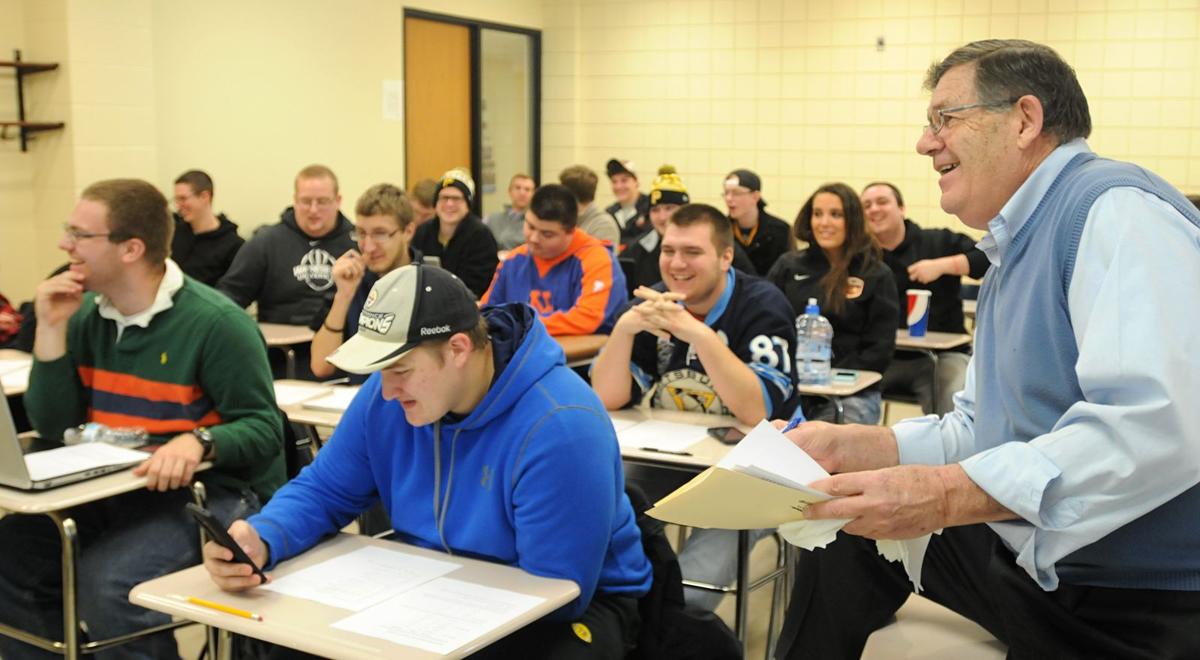 Lanny Frattare announces for MSA Sports radio during a basketball game at Peters Township for the WPIAL playoffs. Frattare was a play-by-play announcer for the Pittsburgh Pirates for more than 33 years.

Location is vital in business, and it can be equally as important for employers advertising for open positions.

Lanny Frattare eagerly awaited a newspaper delivery March 1, 2009, in anticipation of applying for the athletic director position at Upper St. Clair High School. A few months earlier, Frattare announced his retirement from the Pittsburgh Pirates broadcast booth, a place he occupied for 33 years, and the former nominee for the Ford Frick Award, given by the Baseball Hall of Fame for broadcasting excellence, was ready for a second career. An athletic director’s position sounded like a perfect fit.

So, Frattare got the newspaper and found the Upper St. Clair ad. That’s when something adjacent to the ad caught his eye.

“Alongside the ad for Upper St. Clair was one for Waynesburg University,” Frattare said. “The ad said applicants needed a master’s degree and teaching experience. Well, I had neither.”

Frattare decided to apply for a teaching position despite being “underqualified.” He sent three copies of his résumé and a cover letter to the university, including copies to then-President Timothy Thyreen – now the school’s chancellor – and Richard Krause, Waynesburg’s communication department chairman and an assistant professor of communication. Typically, Waynesburg University conducts searches for full-time teaching employees on a national level but, for this opening in the communications department, Krause acted on a hunch to try the regional market.

“I mailed them out on a Monday, and I got a call from President Thyreen on Wednesday asking if I was serious,” the 67-year-old Frattare said. “I got the job in the spring of 2009 and didn’t start teaching until the fall. During the summer, I sat in on classes.”

“I’m a baseball guy and what a great moment it was seeing an envelope with ‘Lanny Frattare’ on it,” he said. “The letter said, ‘By way of introduction, I’m Lanny Frattare and I recently retired after 33 years as Pirates broadcaster.’ I grew up listening to him, and when you get a name like that, you move quickly.”

Frattare was hired as an assistant professor of communication and also serves as special assistant to university relations – roles he never imagined filling during a broadcast career that includes starting with the Pirates in 1976 and being the lead announcer for an ESPN broadcast of a college basketball game Feb. 25, 1985, between rivals Indiana University and Purdue. The game is noteworthy because Indiana coach Bob Knight threw a chair across the court, a highlight replayed to this day.

A Hickory resident, Frattare regularly revisits broadcast career highlights in his three courses – announcing, sports announcing and public speaking. His classes fill quickly, and students get the opportunity to learn from someone with decades of major league experience. Some of Frattare’s classroom guests over the past seven years were former Pirates manager Jim Leyland, former pitcher and current Root Sports Pittsburgh analyst Kent Tekulve, Upper St. Clair native Sean Casey and broadcasters such as Bill Hillgrove.

“My career has been extremely valuable for me in the classroom,” Frattare said. “I tell my students everything about my career, the good stuff and the bad stuff. I’ve had so many former colleagues come down, and I always tell them to make sure they tell the students how they got started.”

Since 2010, he’s hosted a sports announcing camp every June. It’s a five-day camp, scheduled June 13-17, for high school students interested in pursuing the potential career. He helps university students in their broadcasts of the athletic department’s games. His voice is the one usually heard on Waynesburg University commercials.

“He’s been a godsend to our department,” Krause said. “We knew we were getting a name. We didn’t know the kind of person we were getting. No job is beneath him. It was great luck on our part. He’s willing to roll up his sleeves and do anything for us. He’s met our expectations and far exceeded them.”

Frattare holds expectations, too, particularly for his students.

“If a student wants it and is willing to make sacrifices, that student can make it. No student is coming out of Waynesburg University and making it to the major leagues right away. It doesn’t happen,” said Frattare, who started as a disc jockey in Rochester, N.Y. “I tell students when they graduate, they have to be willing to accept a job, and it’s probably going to be away from home and probably for very little money. … When I have students tell me they’re going to be the voice of the Penguins, I tell them it doesn’t work that way. You can’t pick your team.”

Frattare doesn’t have a sports team these days, and that’s fine with him. He admits he has trouble following sports unless he’s broadcasting it, which is a reason why he regularly broadcasts games for the MSA Sports Network. He’s a regular at high school football, basketball and baseball games in Western Pennsylvania.

“I love doing play-by-play. I love preparing. I’m more of a lover of broadcasts than sports,” Frattare said. “When I got back into football, I could share with students the challenges I faced. I think I’m a real good baseball announcer. I’m OK with basketball, but with football, I’m just fair. The great thing about high school sports is nobody hands you anything. You’ve got to get the information. It gives you the opportunity to make mistakes and learn from mistakes.”