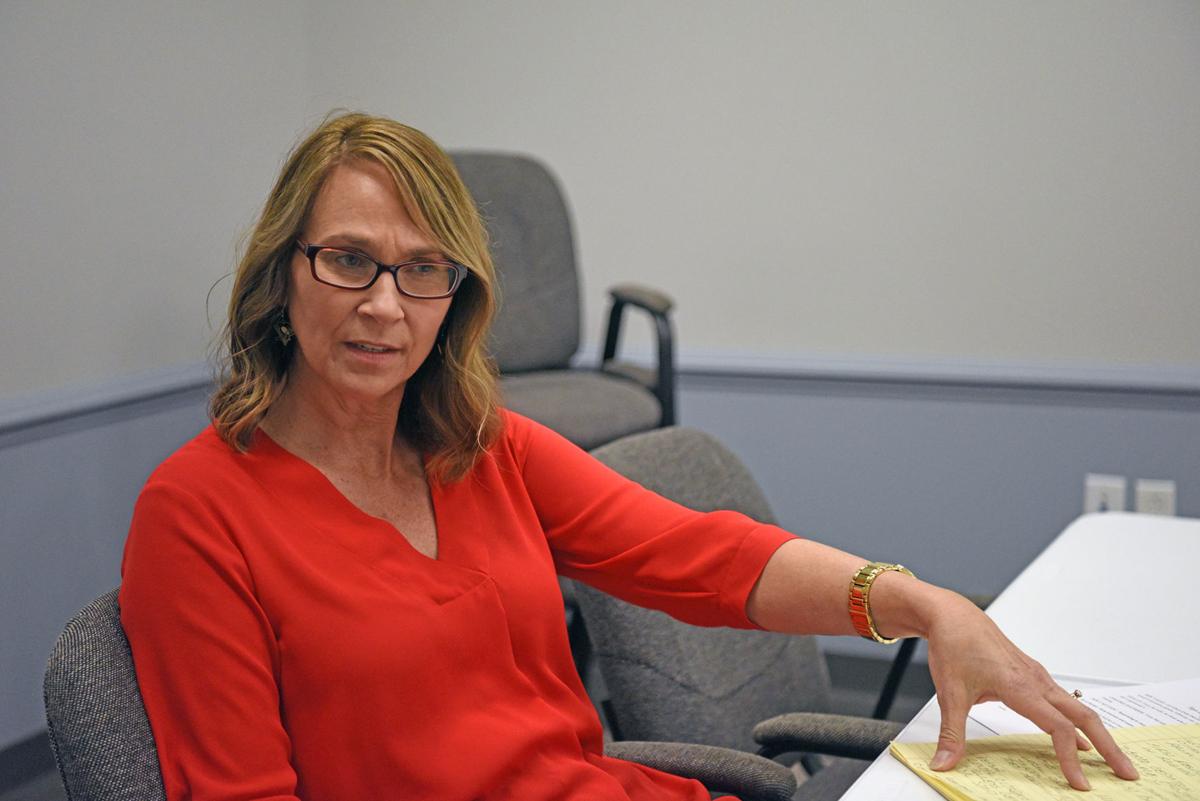 Kathy Cameron, one of the founders of the Washington County Gay Straight Alliance 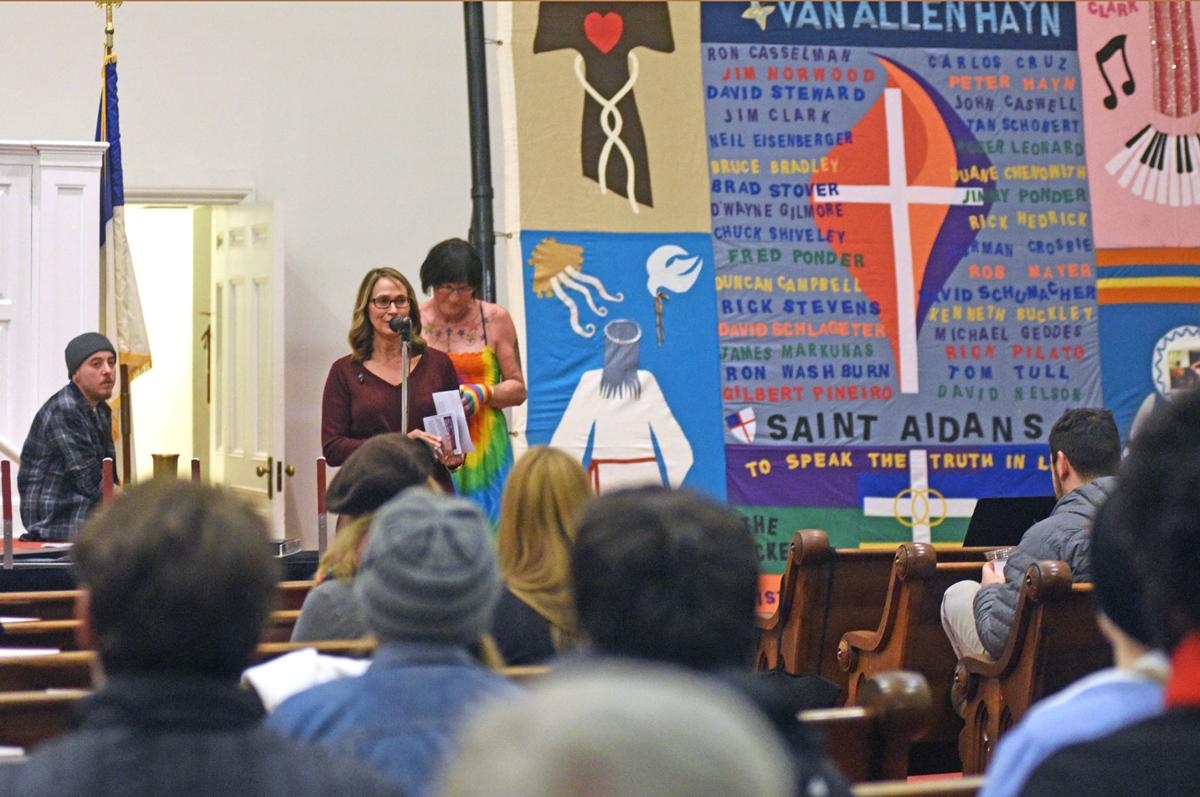 Kathy Cameron speaks during an event on Transgender Day of Remembrance last year at First Presbyterian Church in Washington. 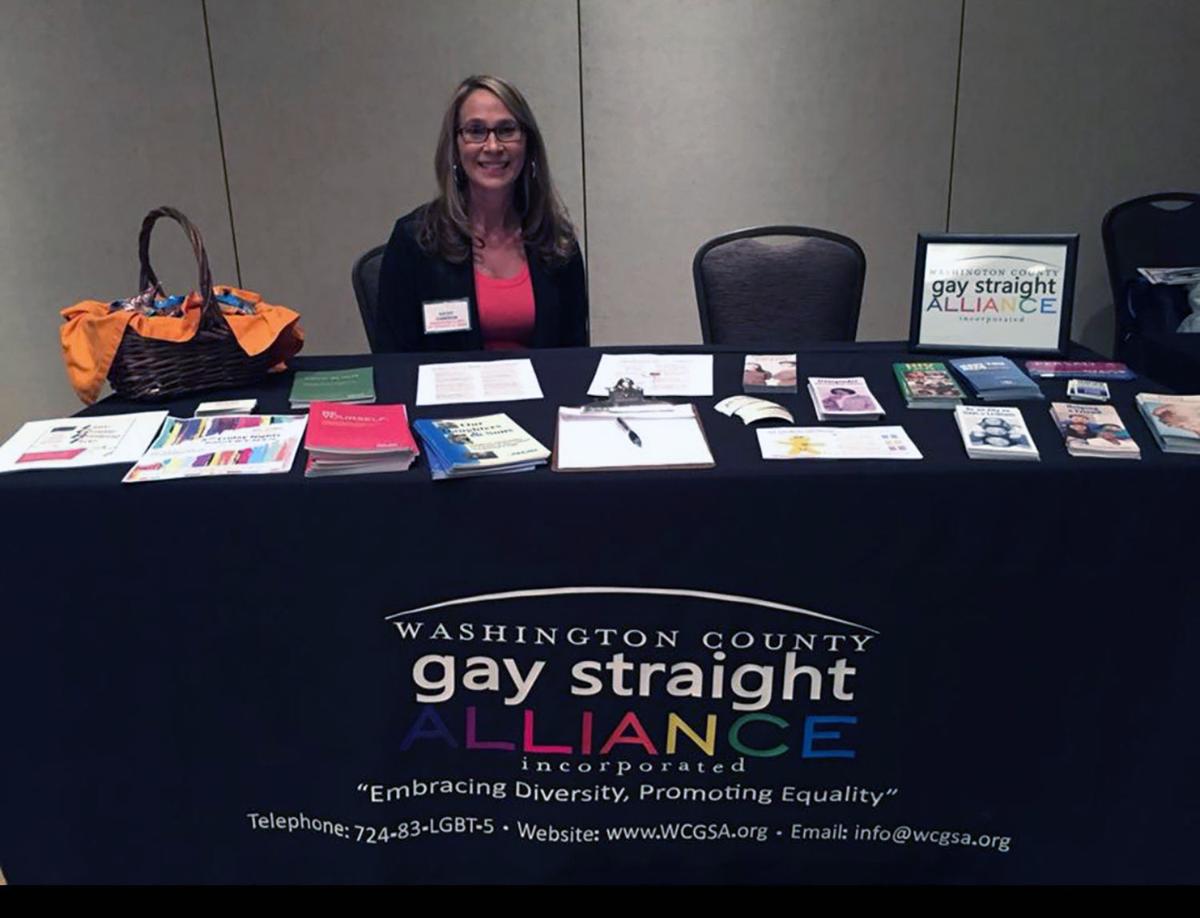 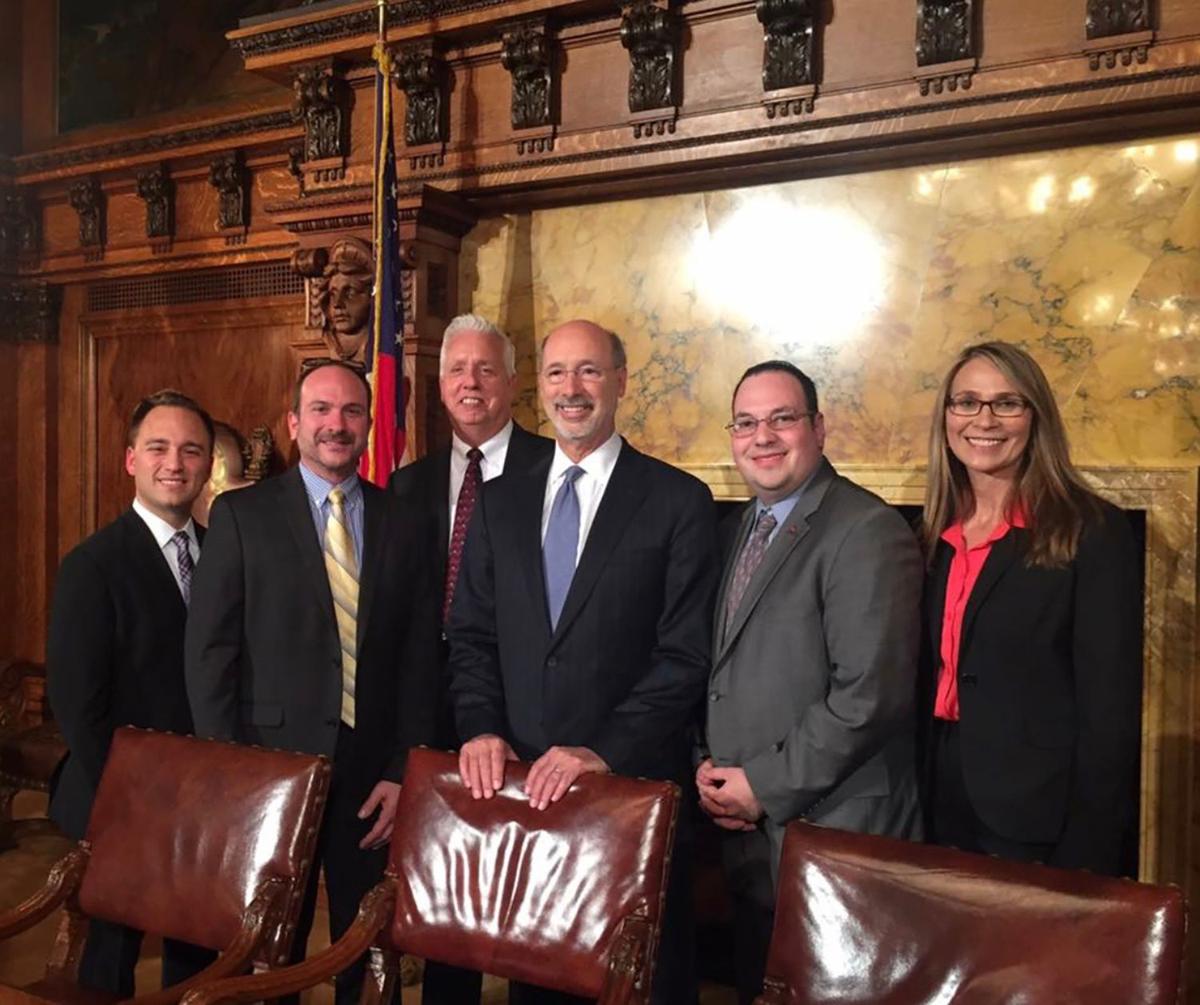 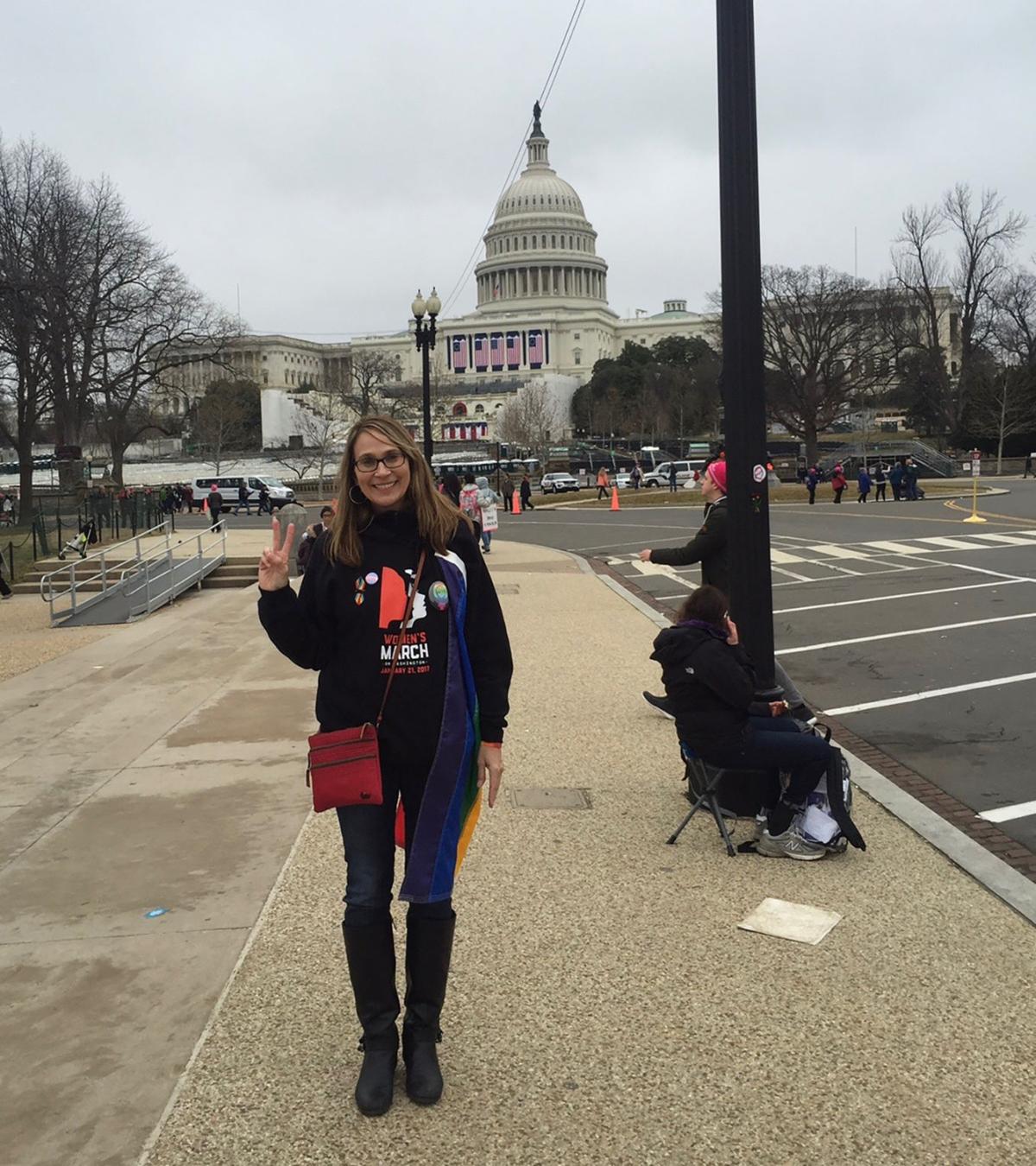 Kathy Cameron at the Women’s March in Washington, D.C., in January 2017

Kathy Cameron, one of the founders of the Washington County Gay Straight Alliance

Kathy Cameron at the Women’s March in Washington, D.C., in January 2017

Most people who lead organizations would like to imagine them going on and on, long after they have passed off the reins to others.

Kathy McCully Cameron has a slightly different take on the Washington County Gay Straight Alliance. When asked where she envisions the 13-year-old organization 50 years from now, Cameron flatly states that she hopes it no longer exists, because gay, lesbian and transgendered individuals will feel fully integrated and accepted into American society.

“It shouldn’t even exist,” she said. “There shouldn’t be a need. Everyone should be treated equally.”

While the gay, lesbian and transgendered community has made undoubted strides in recent years, with same-sex marriage the law of the land, and entertainers like Elton John and Ellen DeGeneres out of the closet and widely beloved, discrimination still exists. For instance, in Pennsylvania, it’s still permissible by law to not employ someone or refuse to rent to an individual based on their sexual orientation or gender expression.

In this region, the Washington County Gay Straight Alliance provides a variety of services and an oasis of acceptance. Founded by Cameron, Mary Jo Podgurski, a Washington-based counselor and educator, and Jenny Newman, a Christian educator based in Hopewell Township, the organization sponsors potlucks, hosts peer-group discussions and sponsors events like the Transgender Day of Remembrance Candlelight Walk, which has been happening since 2013. Cameron is at its helm, chairing its board of directors. For the work that she does and the leadership she provides, she has been nominated for an ExtraORdinary People award.

A resident of South Strabane Township, aged 59, with four children and five grandchildren, Cameron worked as a paralegal and a “PTA mom” before handling administrative chores for the Washington County Gay Straight Alliance. Her resume also includes service on the boards of the Pittsburgh chapter of the Gay, Lesbian & Straight Education Network (GLSEN), the Three Rivers Community Foundation and the allocations committee of the Washington County Community Foundation.

According to Cameron, “I’ll rise up when I have to. I didn’t go looking for it. I don’t think this is a job. It’s a calling.”

She’s won kudos from members of the organization and people who work with her. Patrick Arena, a Washington musician, counselor and a host of programs on WNJR-FM, the radio station of Washington & Jefferson College, said that Cameron “embodies that old saying about ‘attracting more bees with honey than with vinegar.’

“My experiences with Kathy have taught me so much about helping others,” he added. “Kathy maintains her poise no matter who she is talking with, and offers a pleasant and comforting demeanor ... I have never seen Kathy angry or impatient. She is the perfect friend and advocate for the LGBTQ community. Her energy is boundless and never seems to have a hard edge. We are lucky to have her here, making changes for the youth of Washington.”

Those sentiments were echoed by Podgurski, who said that Cameron prioritizes the needs of others before her own.

“I’ve watched her take innumerable calls from parents, seen her open her home to create annual community picnics and attend educational workshops to enhance her awareness.”

Podgurski also said that Cameron embodies what she called “allyship.”

“She is empathic, dedicated and accepting.”

If the day comes when gay, lesbian and transgendered people are easily accepted and organizations like the Washington County Gay Straight Alliance are no longer necessary, Cameron said the change will come because of young people.

“I have faith in our younger generation,” she said. “I have high hopes that young people will make it unimportant in how you identify yourself.”

Until that day comes, Cameron will be ready to provide support. Summed up by Newman, Cameron “has truly made a difference in the lives of so many people.”

For information on the Washington County Gay Straight Alliance, go online to www.wcgsa.org.

As part of the ExtraORdinary People award, Kathy McCully Cameron will be given $500, underwritten by the Observer-Reporter and Range Resources, to donate to the charity of her choice. She has chosen the Washington County Gay Straight Alliance.