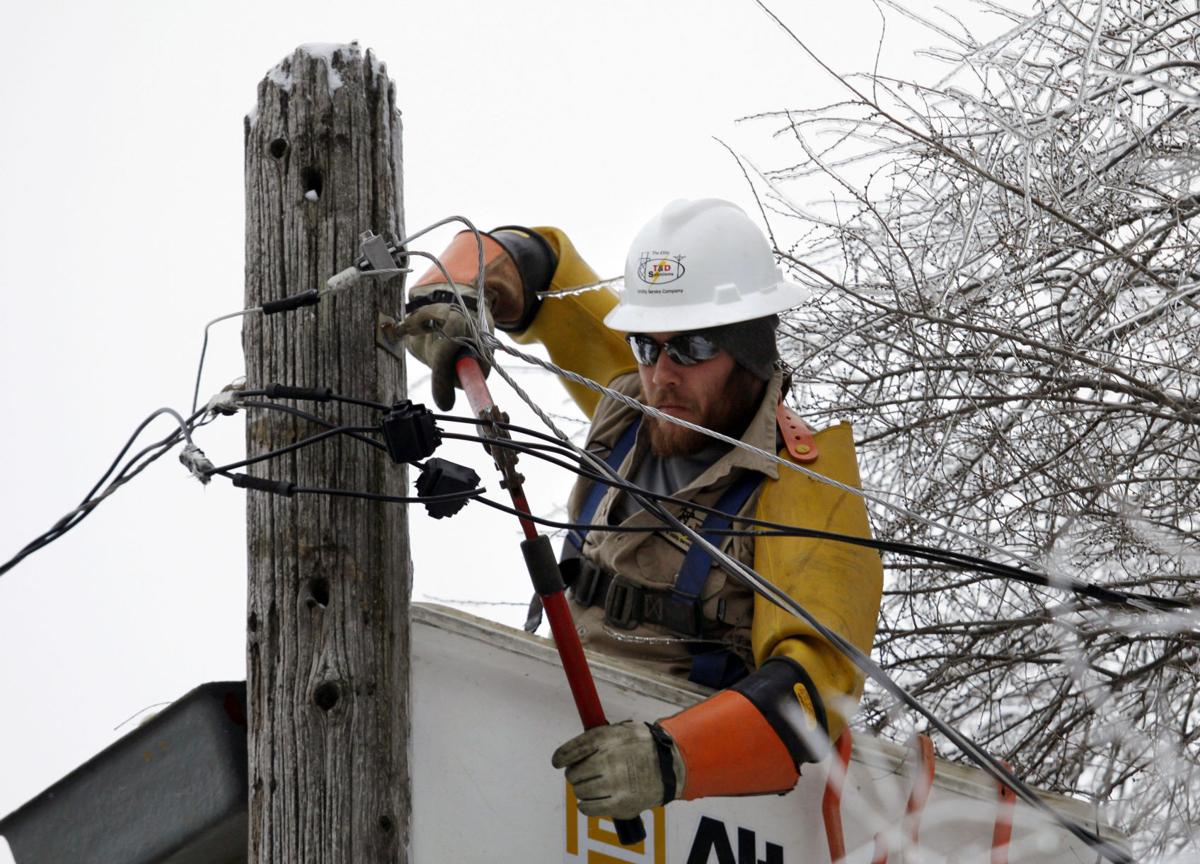 Cory Bean works atop a utility pole to repair a power line in Michigan in this Associated Press file photo. 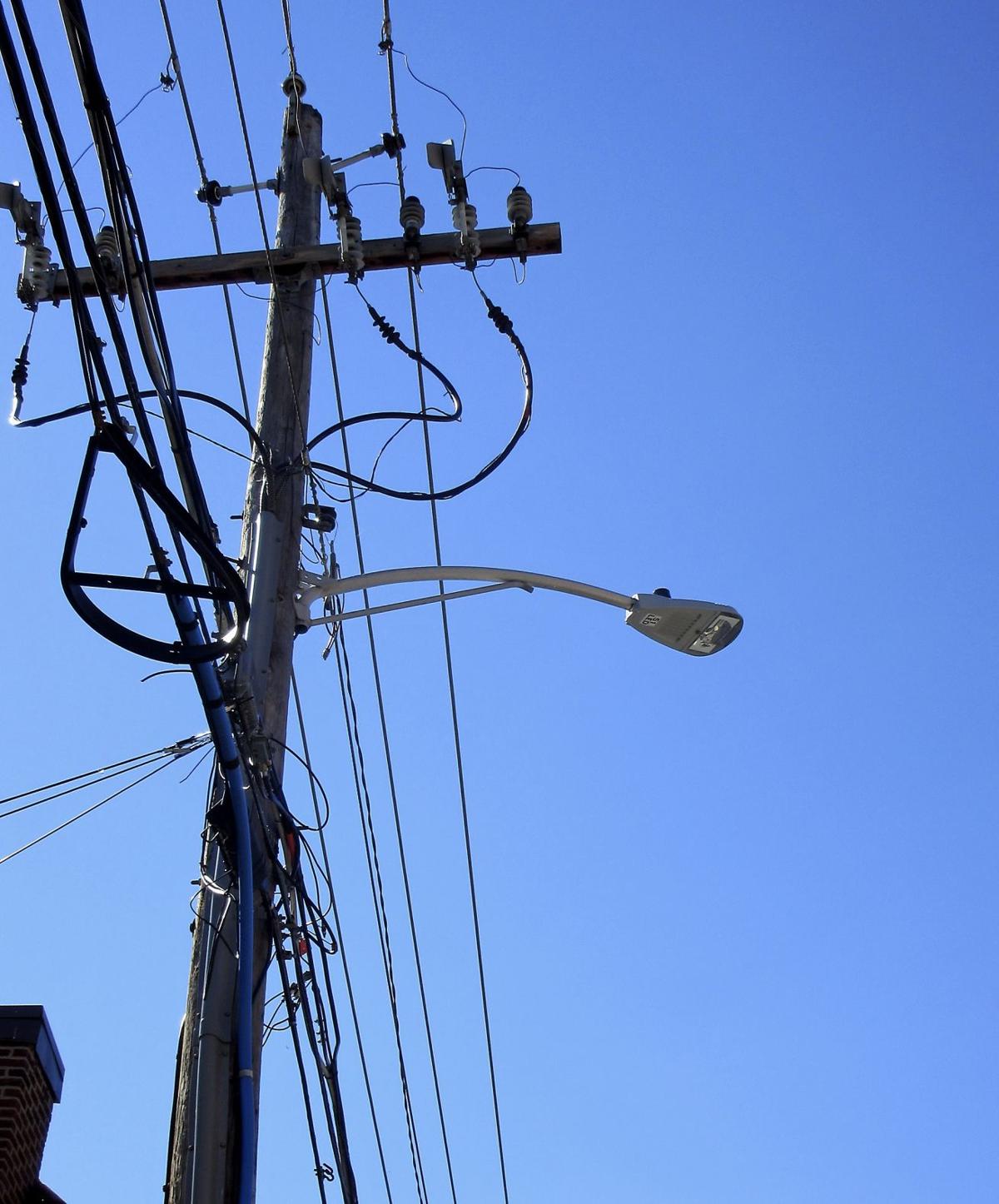 A utility pole on Franklin Street in Waynesburg 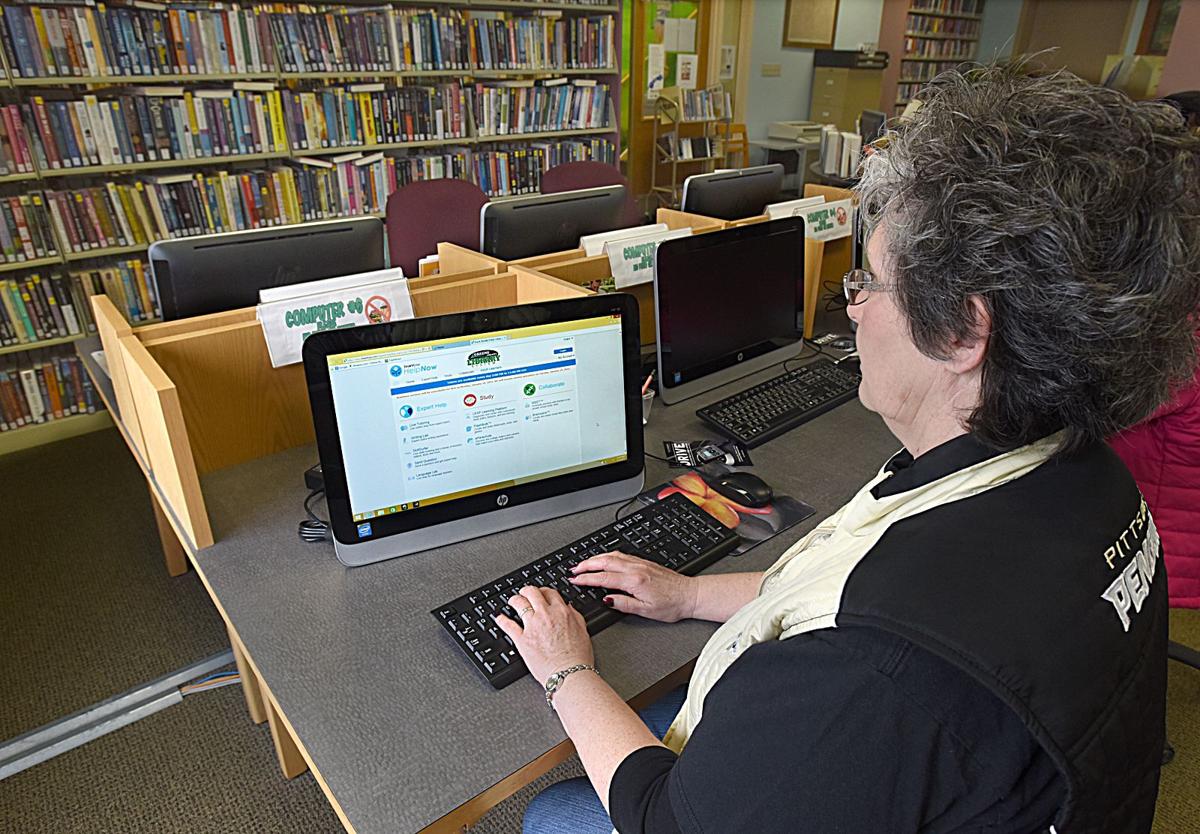 Thanks in part to a “critical mass of interest” in providing broadband internet access to underserved, especially rural, areas, the state Public Utility Commission is looking at taking over regulations that control attachments to utility poles from the federal government.

Norman Kennard, a PUC commissioner, said the state agency is pursuing efforts that have been championed by both the governor’s office through funding and developing a strategy for statewide access by 2022, and by bipartisan legislative efforts.

“The challenge right now for broadband is principally one of money,” Kennard said.

The focus has been getting funds to areas that lack broadband internet access, especially in rural areas in Greene and Washington counties. Broadband is deployed mainly through buried fiber-optic cables or aerial cables on utility poles.

Poles have three feet of space dedicated for communications. Electricity lines dominate the top of the pole, and cable, phone and telecommunications companies are left to fight over the remainder of the area.

“It gets to be a crowded space,” Kennard said.

The Federal Communications Commission manages that space in Pennsylvania, which means setting a price, managing things that may need to be moved or intervening if there’s competition for space.

“Traditionally, Pennsylvania has been satisfied to let the FCC do that,” Kennard said.

The plan is for the state to adopt the FCC’s current rules in order to make it easier for both the pole owners and those interested in pole attachments. Under the proposed plan, these entities would be working under regulations they are already familiar with. Kennard said there are enough concerns with both sides that leads the PUC to believe its intervention would be helpful.

Current problems in deploying broadband are some pole attachments are unauthorized, which becomes an issue for the pole owners. The PUC wants to mediate and resolve disputes, but the current process through the FCC can be slow and expensive.

“They don’t have an adjudicatory process like we do,” Kennard said.

Since the PUC already hears utility disputes across the state, its administrative law judges are equipped to untangle any crossed wires when it comes to pole attachments. Kennard added the PUC should be able to handle these disputes, depending on the caseload, with its current resources and it should “fit within the existing framework.” The PUC also already has staff that specializes in telecommunications.

Twenty other states have already adopted the FCC’s rules in a similar fashion that Pennsylvania is proposing. In talks with broadband providers in New York, the process, when taken over by the state, tends to be quicker, cheaper and more streamlined, eliminating barriers to entry, especially in underserved areas.

But this rule-making process is neither quick or easy, Kennard said.

“It can take up to two years. I really hope it doesn’t take two years,” Kennard said, calling the move “noncontroversial.”

The commission hopes to finish collecting public comment by the end of the summer.