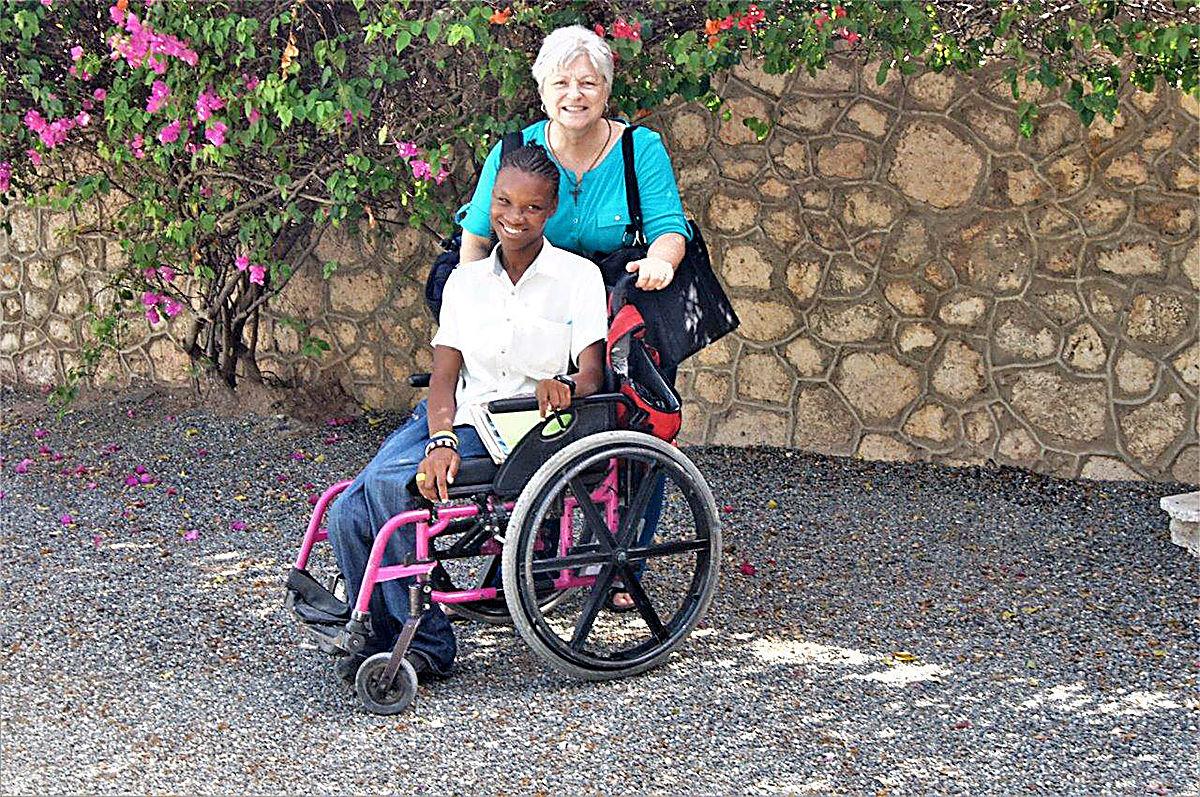 Cheryl Hettman with Shanice, a resident of a Mustard Seed Communities home in Jamaica. Hettman makes frequent mission trips to the island. 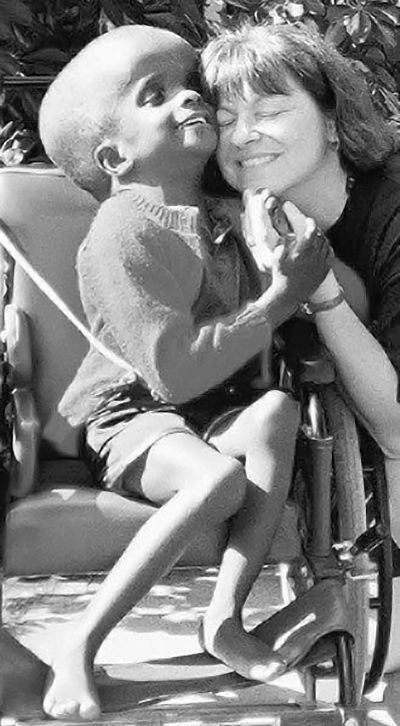 South Strabane resident Cheryl Hettman with Anthony, a patient who had hydrocephalus, on her first mission trip to Jamaica in 2003.

Cheryl Hettman with Shanice, a resident of a Mustard Seed Communities home in Jamaica. Hettman makes frequent mission trips to the island.

South Strabane resident Cheryl Hettman with Anthony, a patient who had hydrocephalus, on her first mission trip to Jamaica in 2003.

These are almost certainly some of the things that come to mind when those of us in the United States ponder Jamaica. But the reality of Jamaica is, of course, much more complicated, and no one knows that more intimately than South Strabane resident Cheryl Hettman.

Since 2002, Hettman has traveled to Jamaica at least once every year as mission nurse for Mustard Seed Communities. Founded a little more than 40 years ago by a Catholic priest, the organization has a mission in the Jamaican capital of Kingston, where they tend to children who have severe disabilities or have contracted HIV.

It’s hardly the stuff of postcards and tourist brochures, but Hettman has found tremendous personal fulfillment in the biblical mandate to “open wide your hand to your brother, to the needy and to the poor ...”

“It’s part of who I am,” Hettman explained last week. She recalled that the first time she went to the Mustard Seed mission, she had to go around the corner and cry at the sight of a child twisted like a pretzel, and would “pray to God to give me the strength to go on.” Hettman said she soon realized that helping these young people “helped me understand who I’m supposed to be.”

Hettman’s first journey to Jamaica grew out of a discussion about tissue perfusion while she was teaching nursing students at Franciscan University of Steubenville in Ohio. While discussing what can happen when fluid passes through the body to an organ or tissue, a student brought up the idea of going on a mission trip. The idea grew from there, and before too long she and the students were on a flight to Jamaica.

Along with Franciscan University, over the years Hettman has taken students with her to Jamaica from the campuses of Penn State University, California University of Pennsylvania, Gannon University in Erie and Washington & Jefferson College. The daily routine on the mission trips entails waking up as early as 4:30 a.m., bathing and dressing the residents of the mission and getting them ready for the day. Much of the work centers on training local caregivers at the mission. The turnover rate can be high, Hettman explained, so new hires at the mission need to learn basic techniques and treatments.

There’s not much time for touristing around – “We usually don’t do anything like that. That’s not the purpose of the trip,” Hettman said – but they do get an opportunity to stop at a restaurant or visit a beach. Though a trip to a Jamaican resort can be idyllic, Kingston itself has notably high levels of crime, and caution in the city is necessary, Hettman explained.

She added, however, “The majority of people who steal are doing so out of a need to help their families.” Hettman also said the Jamaican people are “some of the most beautiful people I’ve ever met in my life.”

A native of Erie, Hettman came to the Washington area to attend classes at the Washington Hospital School of Nursing in the late 1970s and early 1980s. Her resume includes work on the faculties of Duquesne, West Virginia and Rutgers universities, and she also chaired the nursing program at Cal U. In 2011, she was recognized by Cambridge Who’s Who for leadership and excellence in nursing.

Mustard Seed Communities also has outposts in the Dominican Republic, Malawi, Nicaragua and Zimbabwe. New branches could be on the horizon in Guatemala, Gambia and Cuba. Hettman says she would like to visit them.

The organization “gives the people a sense that people care for them,” Hettman said.