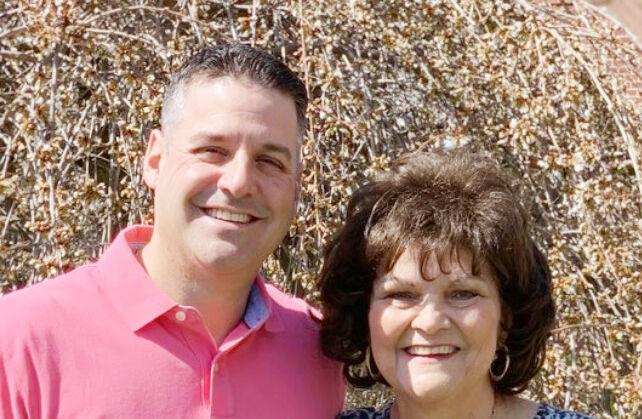 Rick Catalogna stands with his mother, Mary Anne Straub. Catalogna donated a portion of his liver to his mother, who required a life-saving liver transplant. 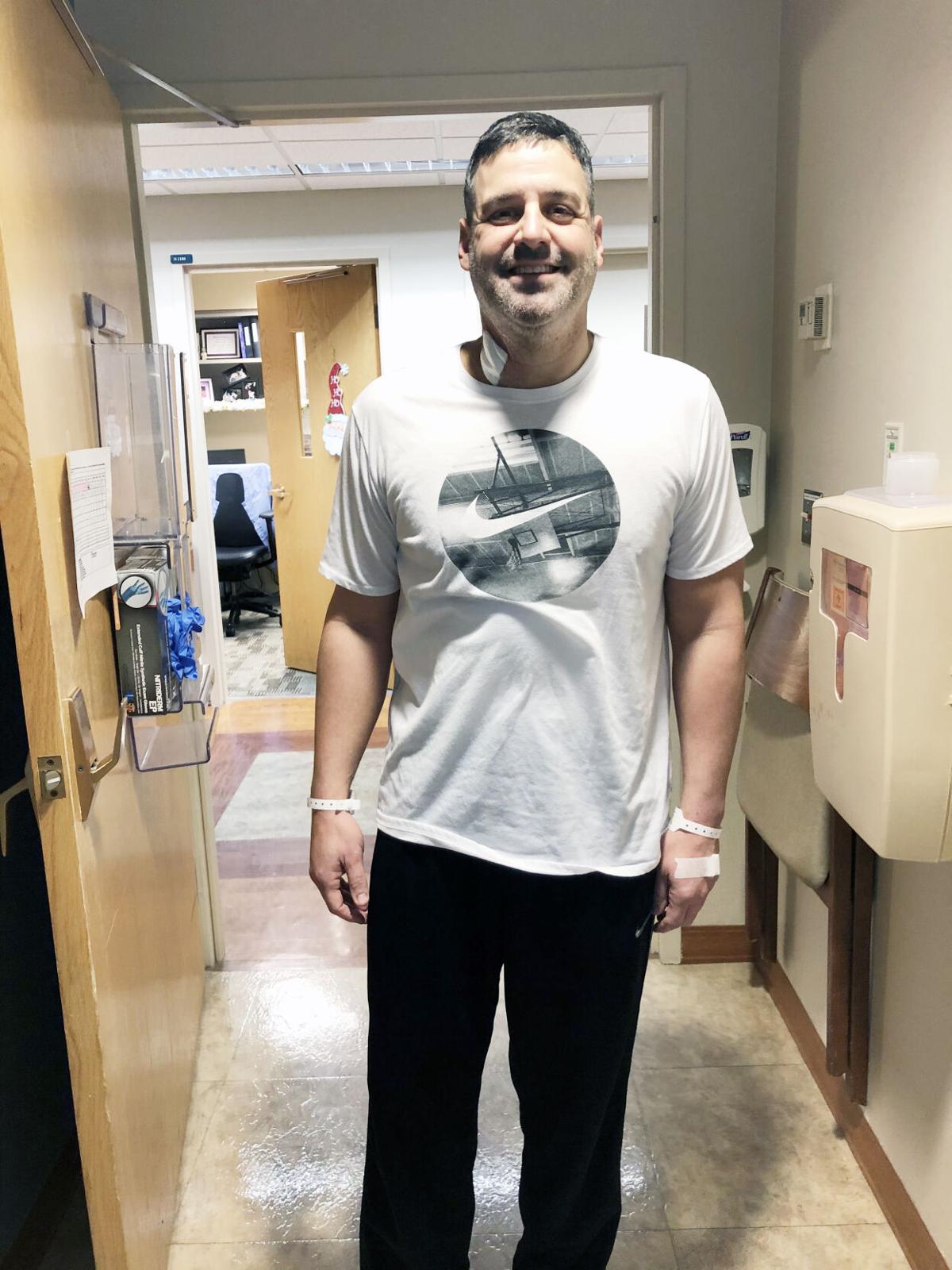 Rick Catalogna of Peters Township donated a portion of his liver to his mother, Mary Anne Straub, during a living-donor liver transplant performed at UPMC Presbyterian hospital in December. Both have since recovered. 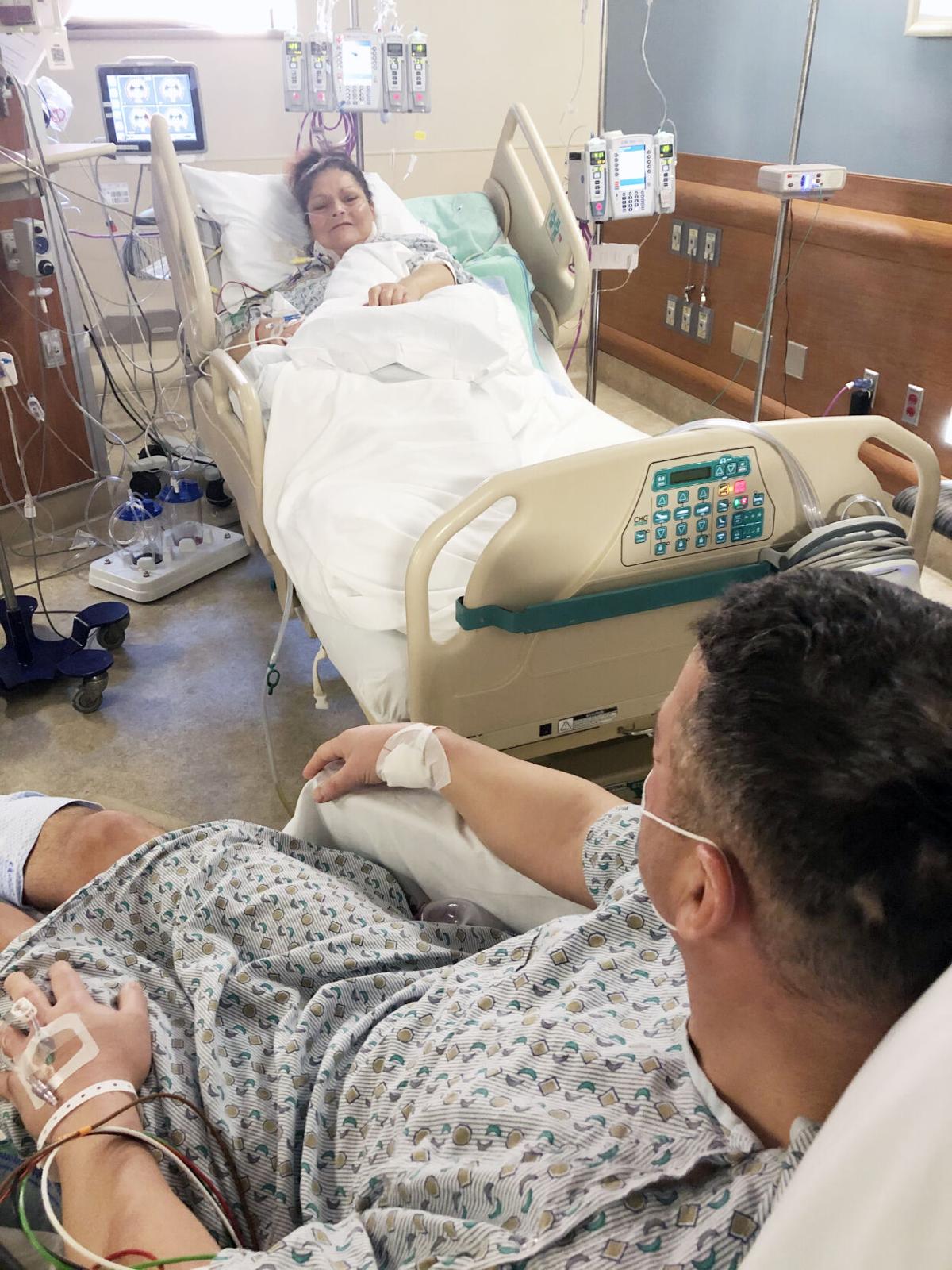 Rick Catalogna stands with his mother, Mary Anne Straub. Catalogna donated a portion of his liver to his mother, who required a life-saving liver transplant.

Rick Catalogna of Peters Township donated a portion of his liver to his mother, Mary Anne Straub, during a living-donor liver transplant performed at UPMC Presbyterian hospital in December. Both have since recovered.

Mary Anne Straub jokes that her son, Rick Catalogna, doesn’t need to get her a Mother’s Day present this year.

That’s because in December, Rick gave his mom a part of his liver, a gift that saved her life.

“He sacrificed a lot for me,” said Mary Anne, 65, of South Strabane Township. “I get very emotional about it. I am so thankful.”

Said Rick with a laugh, “I’m probably still not the favorite kid, but I think I closed the gap a little on my sister,” referring to his younger sibling, Carrie Brown of Chartiers Township.

For Mary Anne, it was the culmination of a decadelong battle with liver disease.

As a result of NASH, Mary Anne developed cirrhosis of the liver, and doctors told her she would eventually need a transplant.

“Once it progresses to cirrhosis – whether it’s from NASH or hepatitis or alcohol – it ultimately progresses the same way, to the point where patients succumb to liver disease,” explained Dr. Abhinav Humar, Chief, Division of Transplantation at UPMC, who performed Mary Anne’s surgery.

The disease took a physical toll on Mary Anne, who had been an avid golfer (Rick had purchased her first set of golf clubs for her when he graduated from Penn State University) and enjoyed other outdoor activities, including bike riding, swimming, and gardening.

She was exhausted all the time, struggled to walk up and down the stairs, couldn’t bend to tie her shoes. Her skin and eyes turned yellow, and she gained weight from the diuretics and other medication. Doctors drained as much as 10 liters of fluid that accumulated each week.

“I would fall asleep in the middle of someone talking to me,” recalled Mary Anne, who told few people about her health issues. “I didn’t even realize how sick I was until after I had the transplant.”

About 12,000 people each year need a liver transplant, but there aren’t enough deceased-donor liver organs available to meet the demand, said Humar. Approximately 20% of people on the liver transplant waiting list die before receiving one.

“Living donation is important because it allows us to do transplants when patients are a little bit healthier, before they get too sick. They can get back to work, get back to their families, get back to living,” said Humar.

But, recalled Rick, “We were talking it all out, and I said, ‘Why can’t one of us just donate? I told my wife, Jaime, let’s talk to the doctor, and we talked about the different risks involved. After we did, I still felt like I really wanted to do it.”

Mary Anne was moved by her son’s offer, but she wanted the father of two to be healthy and fit for his own children. Rick countered that he wanted to make sure Mary Anne was around for her family.

“My mom is a remarkable woman. She raised my sister and me as a single mom – it was the three of us a lot – while she was working two jobs and going to college, and still helping others,” said Rick. “She’s awesome. I don’t want people giving me credit. I would love to think that everyone would do this for a loved one.”

Rick, a territory manager at Harrell’s LLC, also got the green light from his company, who approved extended time off.

After a series of tests to make sure Rick met the criteria to be a donor, he was found to be a match, and the surgeries were scheduled.

To be in the best shape possible in order to recover more quickly, Rick, who was already fit and healthy, lost 25 pounds, gave up social drinking and cigar smoking, and arose at 5 a.m. each morning to walk five miles.

Doctors at UPMC removed about 70% of Rick’s healthy liver to give to his mother.

Four days after surgery, Rick was released from the hospital; five days after that, Mary Anne came home.

“I feel so much better. It’s amazing. I had felt so badly for so long,” said Mary Anne. “The day I came home I was able to bend and tie my shoes. I feel great.”

Unlike other organs, the liver regenerates, and both Rick’s and Mary Anne’s livers have grown to normal size.

Nearly five months post-surgery, Mary Anne and Rick – who wasn’t allowed to lift heavy objects or drive after the surgery – are feeling strong and grateful.

“We’re a very close family, said Rick. “If anything is going to bring you even closer together, it’s something like this. It was great to be a part of it.”

Mary Anne said she feels like the transplant “gave me my life back.

“I told Rick that I feel different and he said, ‘You are. You’re back to the way you used to be: fun-loving, active, friendly, you laugh again,’” she said.

Mary Anne has been practicing her putting game and is ready to swing the clubs on the golf course. She’s ready to resume her old activities. She also enjoys spending time with her family, including the 16 grandchildren and step-grandchildren she and her husband, Dave Straub, share.

“I feel like I can keep up with the grandkids again,” she said.

Together, they make greeting cards, bake and cook. One tradition includes accompanying her grandkids to a local nursing home at Christmastime, where they take their homemade cards, along with cookies and juice, to share with residents.

Both Mary Anne and Rick, who said he didn’t know about living-donor organ transplants until his mother needed one, want people to be aware of the living donor option.

“There’s not a question that transplant is one of the miracles of modern medicine,” said Humar. “It really is quite remarkable when you think about it. Donors exemplify the very best qualities in humans: our selfless nature, our ability to think of others over ourselves. Most patients who need a liver transplant don’t know about living donors, and we think that’s a shame.”

Mary Anne said the transplant has given her a deeper appreciation of life.

“I want to give back. We’re here to help others, in whatever way we can,” said Mary Anne. “And I’ve learned that life is short. You always say someday you’ll do things – someday you’ll take this trip, or someday you’ll try this activity. I’m not putting things off anymore. I’m just looking forward to doing it all.”