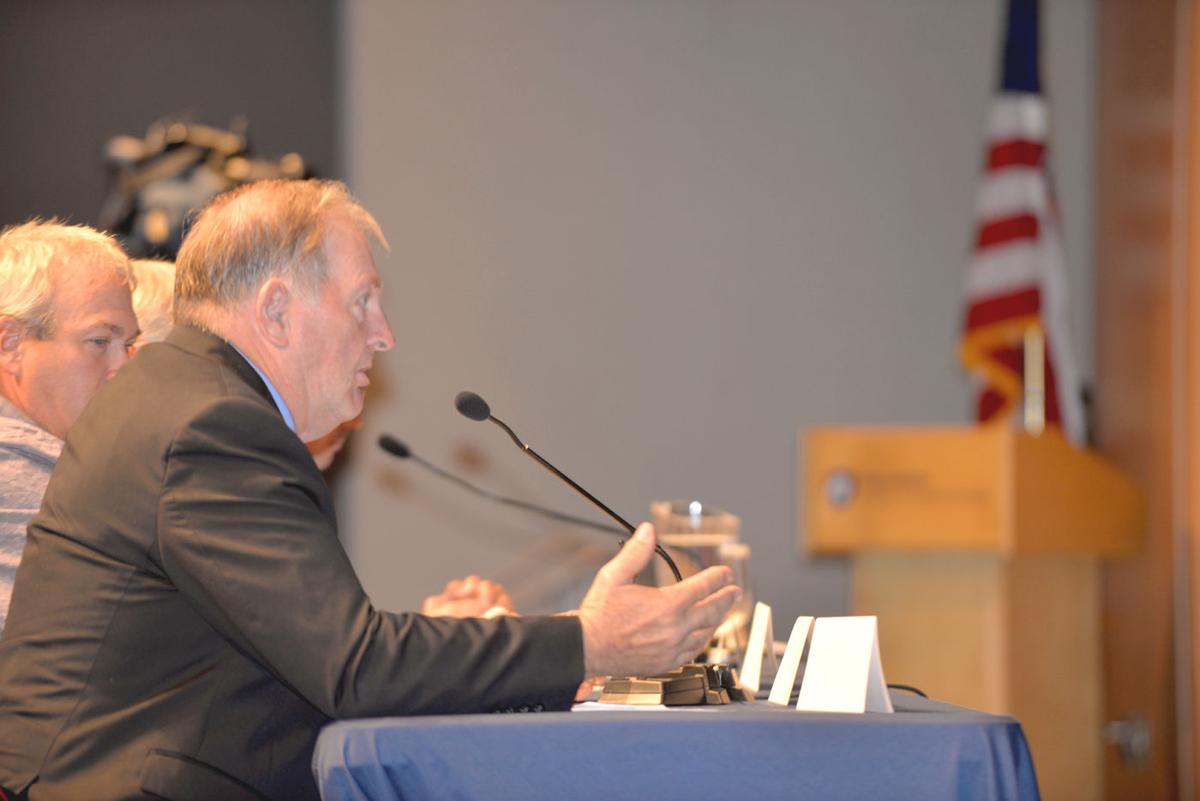 Wayne Campbell, president of the Pennsylvania State Grange, was one of several panelists who testified about the importance of high-speed broadband internet access at a Senate Communications & Technology Committee hearing on that subject Thursday at Penn State Fayette, The Eberly Campus. 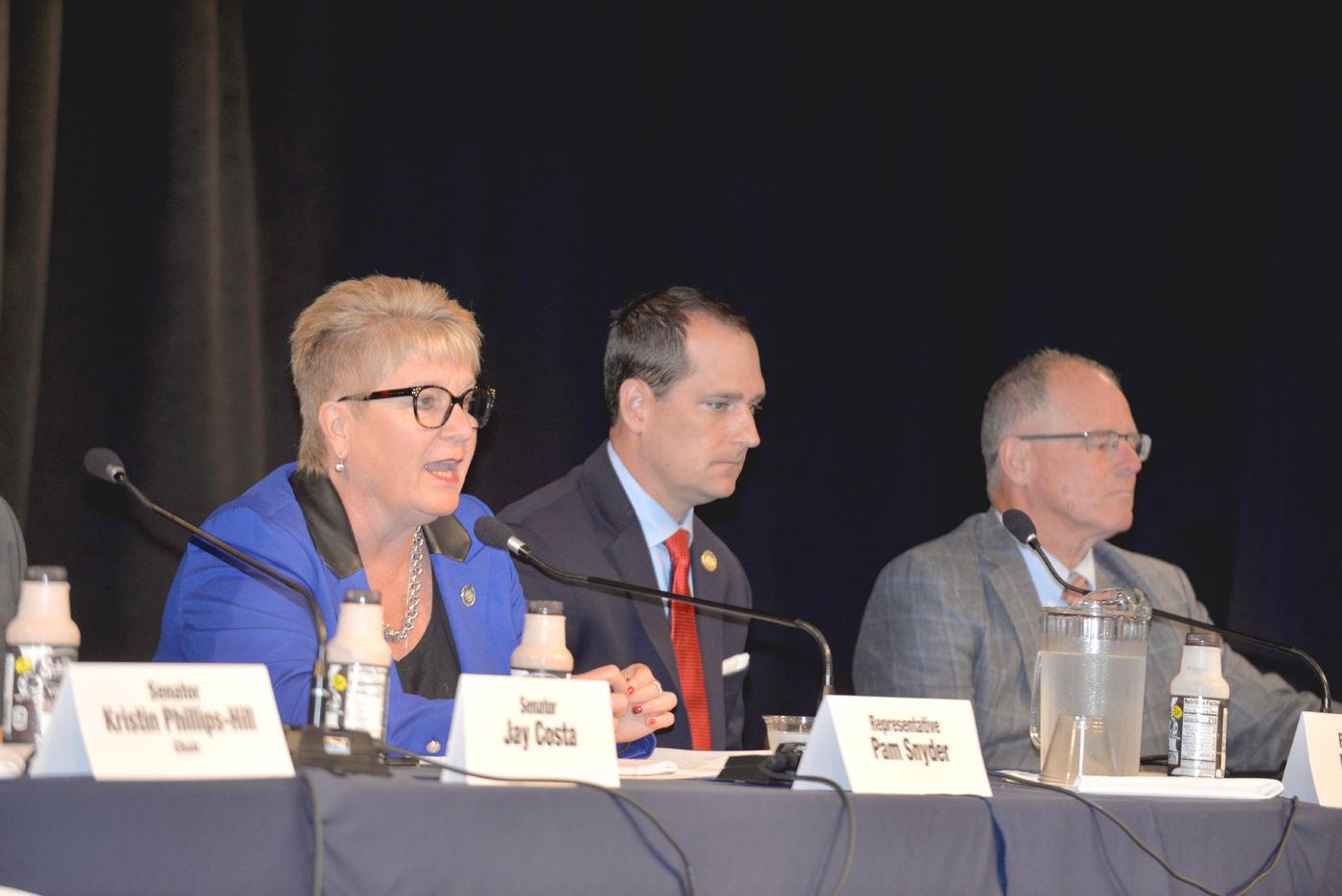 Wayne Campbell, president of the Pennsylvania State Grange, was one of several panelists who testified about the importance of high-speed broadband internet access at a Senate Communications & Technology Committee hearing on that subject Thursday at Penn State Fayette, The Eberly Campus.

“You all know what the problem is,” Pennsylvania State Grange President Wayne Campbell told the seven state lawmakers who assembled at Penn State Fayette Thursday to listen to him and 13 other panelists discuss how high-speed broadband internet access impacts agriculture and education. “How do we fix it?”

Campbell then answered his own question.

“It boils down to money.”

Spanning more than three hours, the Senate Communications & Technology Committee hearing highlighted the many obstacles Pennsylvania faces as it seeks to improve access to high-speed broadband internet and how lacking access has adversely impacted education and agriculture both locally and statewide.

“Our goal is to try to quantify the size, the scope, the magnitude of this problem,” said Sen. Kristin Phillips-Hill, R-York County, who chairs the Communications & Technology Committee and conducted the hearing, the third of four held to collect feedback on how lack of high-speed internet can affect various key industries in the state.

“Lack of broadband access greatly increases the likelihood that a student will not complete their degree program,” Allison said, adding that there remains a gap between a $200 tablet and actually getting online and connected.

Jeffrey L. Medvec, information technology manager for Penn State Fayette, reported that some students struggle with limited broadband access, using their cellphones as a wireless access point, coming in early or staying late in a campus computer lab to submit homework, and having to attend online classes on campus because they couldn’t connect from home.

Darrin Younker, director of state government affairs for the Pennsylvania Farm Bureau, recounted the story of a dairy farming couple in Centre County struggling to get software upgrades for a robotic milker and paying around $250 a month for satellite internet service, and the plight of a Berks County couple whose internet service at their farm is too slow for credit card sales, requiring them to use a service that stores all their credit card transactions.

“Infrastructure needs to be built, and you guys need to kind of help us get there,” Medvec said.

But the hearing’s final panel, which included representatives from communication providers Atlantic Broadband, Crown Castle and CenturyLink, illustrated why getting there won’t be easy.

Crown Castle and CenturyLink representatives lamented what they said were cumbersome and outdated regulations hindering efforts toward broadband deployment.

Josh Motzer, government affairs director for CenturyLink, said that it’s not economically feasible to install individual fiber optic cables to every home in rural areas, adding that CenturyLink has been installing fiber and upgrading electronics in remote serving devices that then connect to homes using existing copper wires.

Tom Musgrove, government affairs manager for Crown Castle, said there is reduced wireless industry capital investment in Pennsylvania “due to the unpredictability of the regulatory environment at the local level,” urging commonwealth lawmakers to pass a statewide law that governs small cells. Small cell networks are comprised of low-powered antennas that provide coverage.

Snyder, who formed the Broadband Caucus with Phillips-Hill in the House last year when the latter was a House member, introduced a legislative package in January that called for conducting an inventory of state communications assets to leverage existing state-owned assets for expanding high-speed broadband internet, investigating compliance of non-rural telecommunications carriers and establishing a bipartisan, bicameral legislative commission to recommend improvements to high-speed broadband deployment.

Phillips-Hill asked the communications providers how much it would cost to deploy broadband service throughout all 67 counties statewide.

Fran Bradley, government affairs director for Atlantic Broadband and chairman of the Broadband Cable Association of Pennsylvania, said that a cost estimate for providing broadband service to a rural county in Maryland totaled $200 million.

“And that was for one county in Maryland,” Bradley said.

“I don’t think there is enough money to just write the check and be done,” Motzer said. “We need to start making incremental progress so that we don’t waste any more time or any more years without policy … We need a broadband policy.”