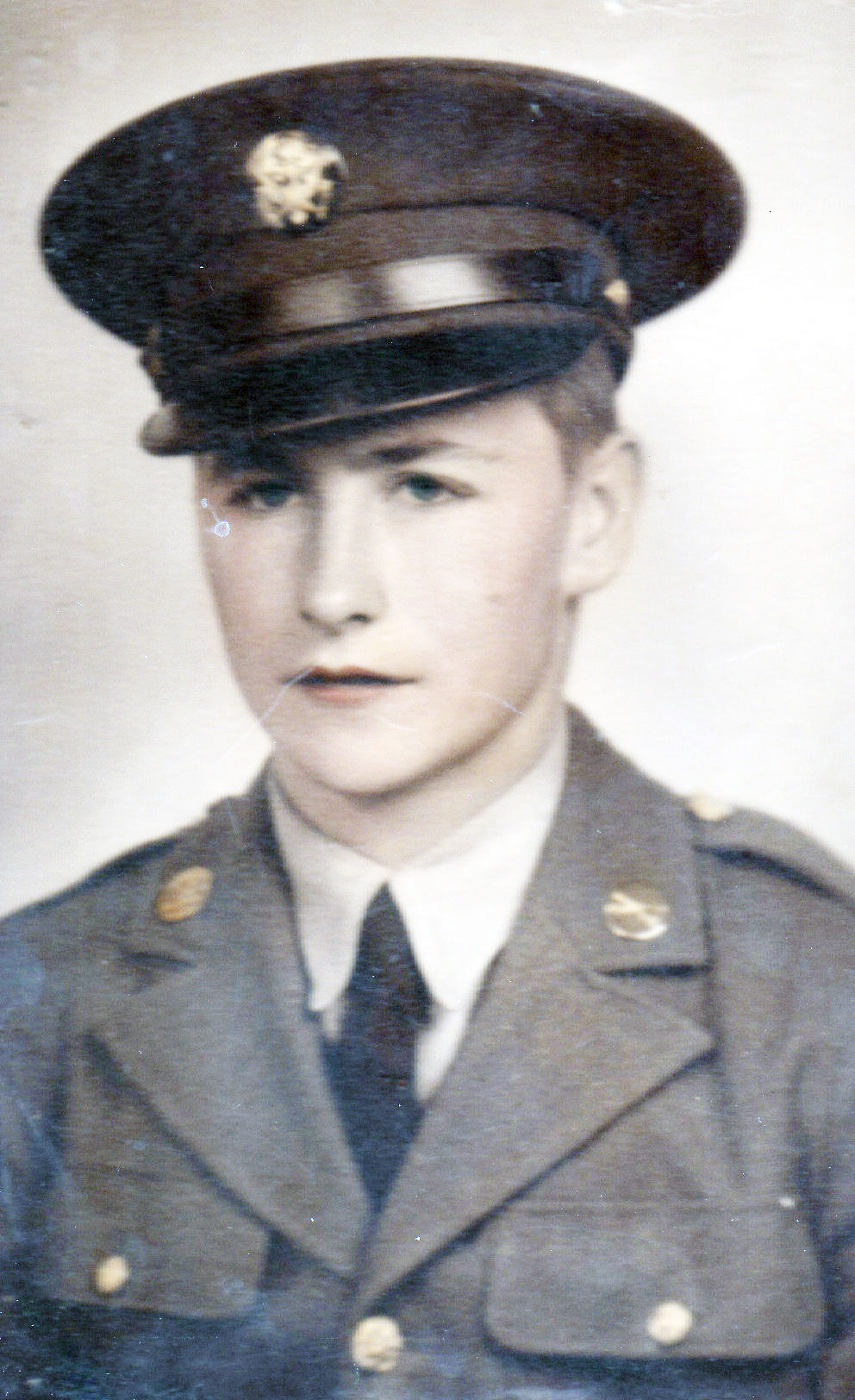 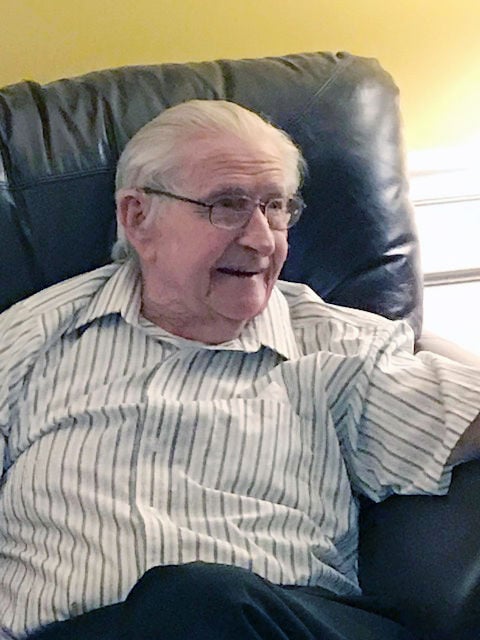 Russell “Huck” Hamler, 95, is the sole Pennsylvanian alive who was a member of Merrill’s Marauders. 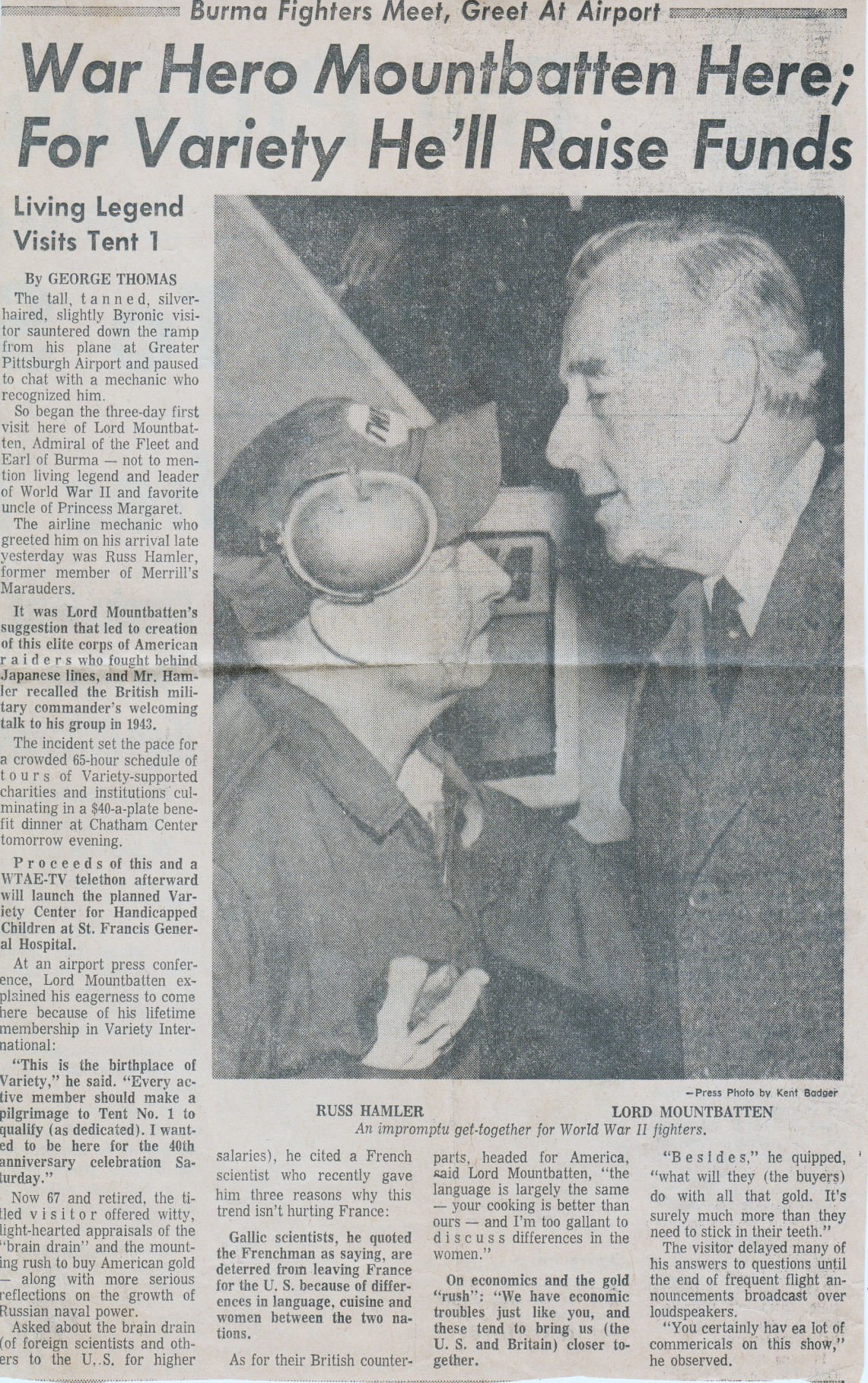 Russell “Huck” Hamler, 95, is the sole Pennsylvanian alive who was a member of Merrill’s Marauders.

In an Observer-Reporter Veterans Day story 15 years ago, an airman of the China-India-Burma Theater of World War II called it “the forgotten war.”

This year, there’s a movement afoot to have the unit that fought its way through the jungles of Burma behind enemy lines recognized with a Congressional Gold Medal.

Known as “Merrill’s Marauders” for their commander, Brig. Gen. Frank Dow Merrill, the men of an all-volunteer force of 3,000 penetrated Japanese-held Burma, the site of significant supply and communications lines.

Members of Merrill’s Marauders were the first infantrymen to fight on the Asiatic mainland during World War II. The jungle was so dense and terrain was so forbidding that they had to use mules as pack animals to carry their armaments and other equipment.

The band advanced 750 miles even though they were sick, exhausted and malnourished. According to the unit’s website, each member of the 5370th Composite Unit was awarded the Bronze Star.

The U.S. Senate is on board with the Gold Medal recognition, and supporters of the effort have organized a petition drive to gain the backing of members of the House of Representatives for H.R. 906.

The sole Pennsylvanian still alive after this push through the jungle is a South Hills resident, Russell “Huck” Hamler, 95, who grew up in Mt. Lebanon and now lives in Baldwin Township with his son. A member of his extended family said he’s not doing interviews, but stressed that time is of the essence.

“We have a lot of work to do in Pennsylvania and across the U.S. in a short period of time. That’s because, in May 2019, we still had 14 Merrill’s Marauders’ survivors. However, between May and August 2019, those numbers dwindled to nine, and the survivors are between the ages of 95 and 102.

“We want this bill to be passed while some of these brave men are still with us,” wrote Carol Ortenzo, a Washington & Jefferson College graduate who recently retired as a colonel in the U.S. Army. Hamler “is my sister-in-law’s uncle. That’s why I got involved in this project, once I found out about it in May.”

Ortenzo was gathering signatures in the rain during the Nov. 5 municipal election.

“People from all parties signed that petition. And, some people whose political views differ from mine said to me, ‘This is something we can agree on.’ It is so nice to be part of an effort that is unifying,” she wrote in an email message.

Ortenzo described “Uncle Huck” as “an extremely modest, unassuming man. If you ask him why he was awarded a Bronze Star and a Purple Heart, he’ll say, ‘It’s just for being a soldier.’ Only in the past few years has he started to tell stories of that harrowing mission. For example, because they were starving, they would throw grenades into a river. When the dead fish rose to the surface, they would scoop them up and cook them in their helmets.”

Pfc. Hamler was in Burma, where he was injured, for approximately four or five months. He left the service and went to work for Trans World Airlines, retiring as a mechanic. He mainly worked in Pittsburgh but also spent a few years in New York City, according to his niece, Kathy Elias of Upper St. Clair.

“He has his good days and his bad days,” Elias said. “He’s hard of hearing and he has macular degeneration, but he’s still a very social person.”

In some ways, it’s amazing that the soldiers who basically signed up for a suicide mission lived to tell about capturing Burma’s only all-weather Myitkyina airfield which, at the time, was under Japanese control.

The Allies needed the airfield for supplies to be flown over the Himalayas into Burma so the Ledo and Burma roads could be connected. This allowed a critically needed Allied land route to China, which was allied with the United States and the British Empire. The Japanese had been using the airfield as a base to attack India, which prevented that country from supporting its Western Allies.

The Marauders, a special forces-type commando unit, is considered the precursor of today’s Army Rangers, the 75th Ranger Regiment formed in the 1980s.

Ortenzo has been gathering signatures on a petition to send to U.S. Rep. Guy Reschenthaler (R-Peters Township), himself a U.S. Navy veteran.

Merrill’s Marauders included 14 first-generation Japanese-Americans who were invaluable because of their knowledge of their parents’ native language.

“For the most part, we came together as strangers. We shared, however, a common commitment to what we perceived to be a right and duty. Perhaps most important, each of us in our own way looked beyond the “barbed wires” (of the War Relocation Camps) to a better America,” wrote Akiji Yoshimura on the website under the moniker of “A Marauder Samurai.”

While Congress has honored many World War II veterans with the gold medal for their exceptional contributions to the nation such as Uniontown native Gen. George C. Marshall, the Tuskegee Airmen, Native American and Navajo Code Talkers, Women Airforce Service Pilots, Monuments Men and members of the Doolittle Tokyo air raid, the medal has also been awarded to civilian sports figures such as Roberto Clemente and Arnold Palmer and people from countries outside the United States.