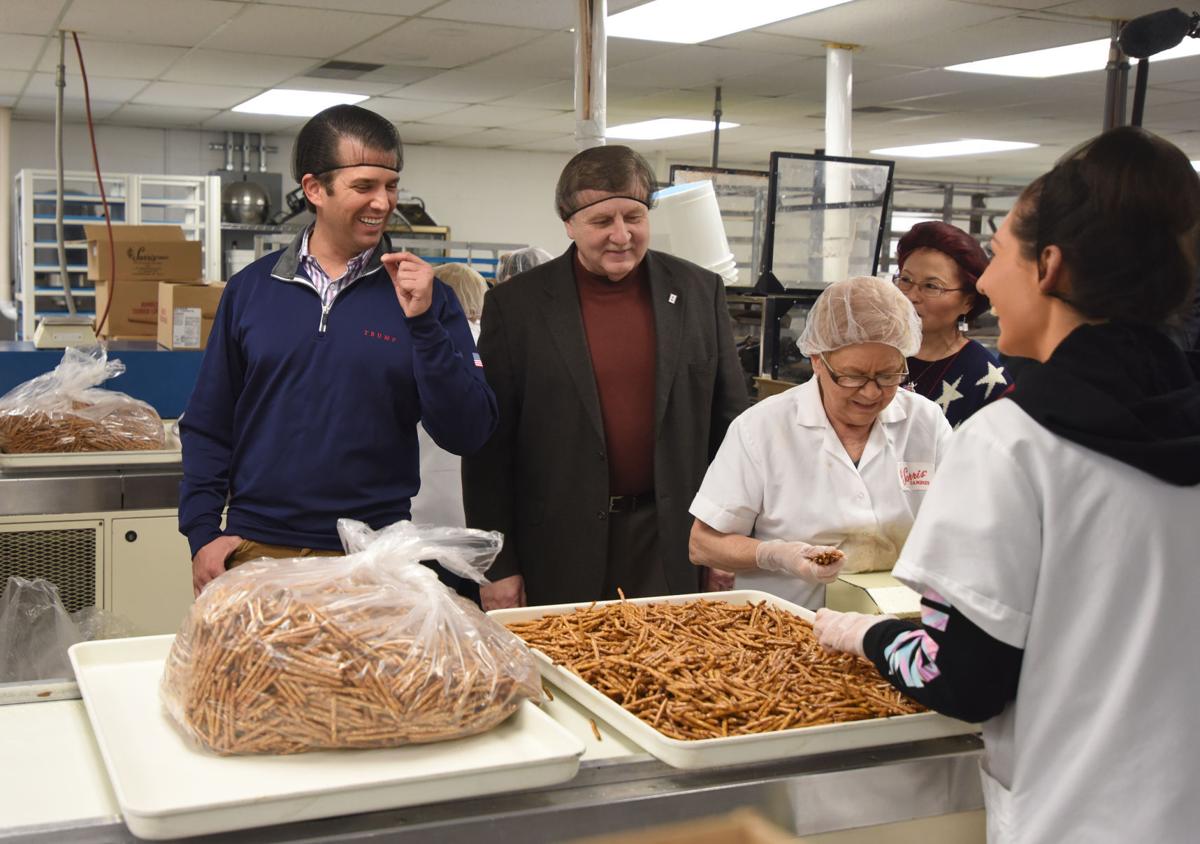 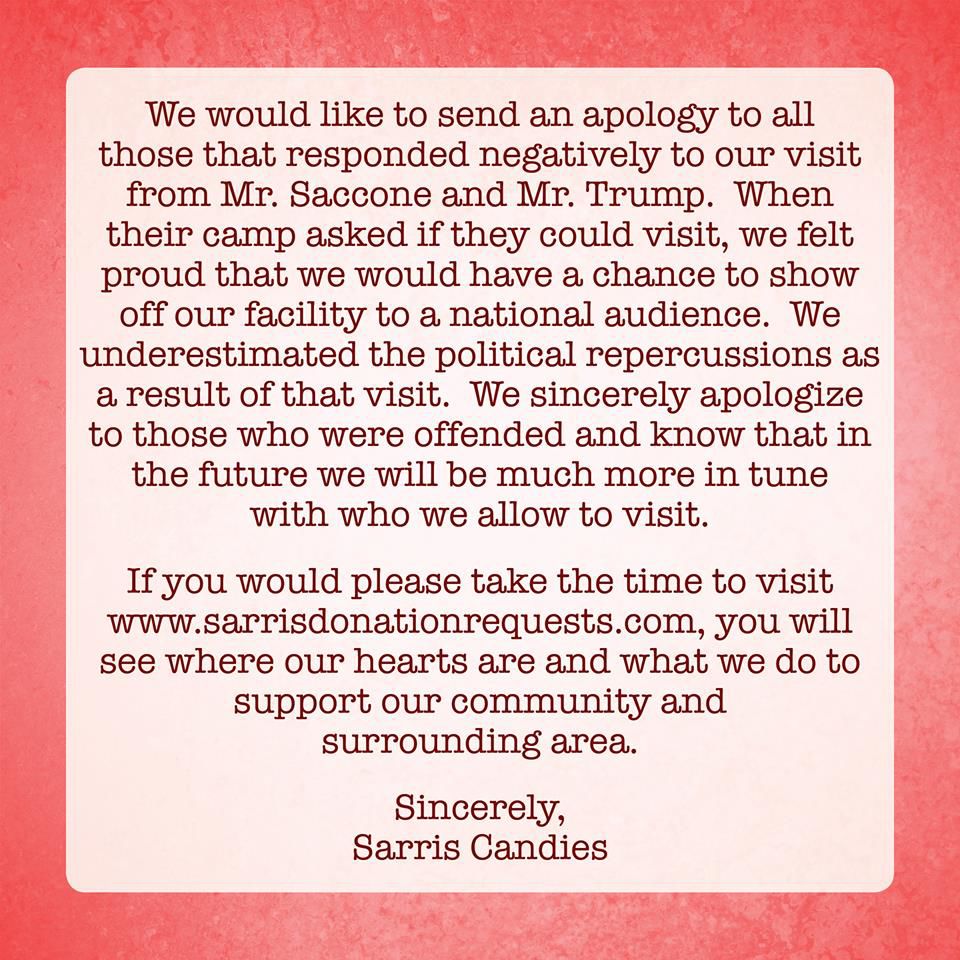 This screenshot from Facebook shows an apology posted by Sarris Candies.

Sarris Candies posted the apology on its Facebook page about 12:30 p.m. Thursday, saying it had “underestimated the political repercussions as a result of that visit” on Monday, a day before voting in the 18th District election.

“In the future we will be much more in tune with who we allow to visit,” the company stated on Facebook.

The visit by the son of President Donald Trump and Saccone, 60, a state representative from Elizabeth Township, created a firestorm on social media, with some people saying they planned to quit shopping at Sarris as the company prepares for its busy Easter season.

The eyes of the nation watched the ballot count Tuesday night in the razor-tight election that is expected to send Lamb, a Marine veteran from Mt. Lebanon, to Congress.

The Sarris apology also included this sentence: “When their camp asked if they could visit we felt proud that we would have a chance to show off our facility to a national audience.”

An hour after Sarris created Thursday’s Facebook apology, it had attracted more than 700 comments, some of which indicated the company did not owe anyone an apology and others critical of the company for issuing the statement.

The election was seen by many as a test of President Trump’s popularity in a region where he won by nearly 20 percentage points in 2016.

Sarris removed the apology less than two hours after it went live on Facebook.

Charleroi attorney Alan Benyak, a Democrat who lost a bid for a state House seat in 2016, was among the Facebook users who vowed on that social media platform to shop elsewhere for chocolates after learning about the campaign stop at Sarris.

“No more Sarris for me ...” Benyak stated in his post.

When contacted Thursday, Benyak said he would have given the company a second chance had it not deleted its apology.

As a retailer, the hosting of Saccone and Trump “was probably not in their best interest,” he said.

Sarris had issued a statement Monday on Twitter in which it said “it’s an honor to have our local and national politicians visit our facility.”

Some Twitter users also were riled up by Monday’s visit, with one of them tweeting a photo of a hand holding a butane outdoor grill lighter about to melt a candy bar.

Norm Candelore Jr., a retail operations manager at Sarris who hosted the tour, said he is not the person at the company authorized to comment on the apology. He advised a reporter to use the “contact us” feature on the company’s website to get to the right person. A request was submitted Thursday afternoon, but there was no immediate reply.