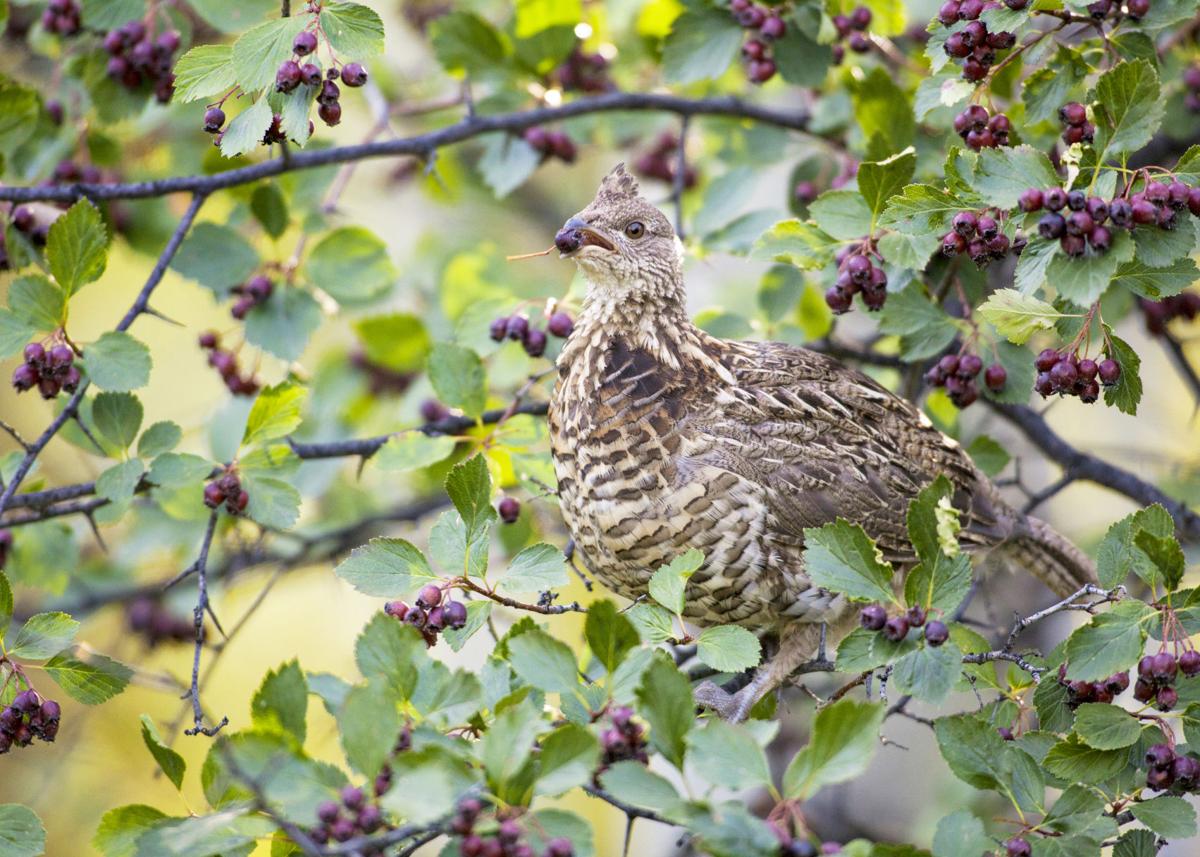 A ruffed grouse is pictured. 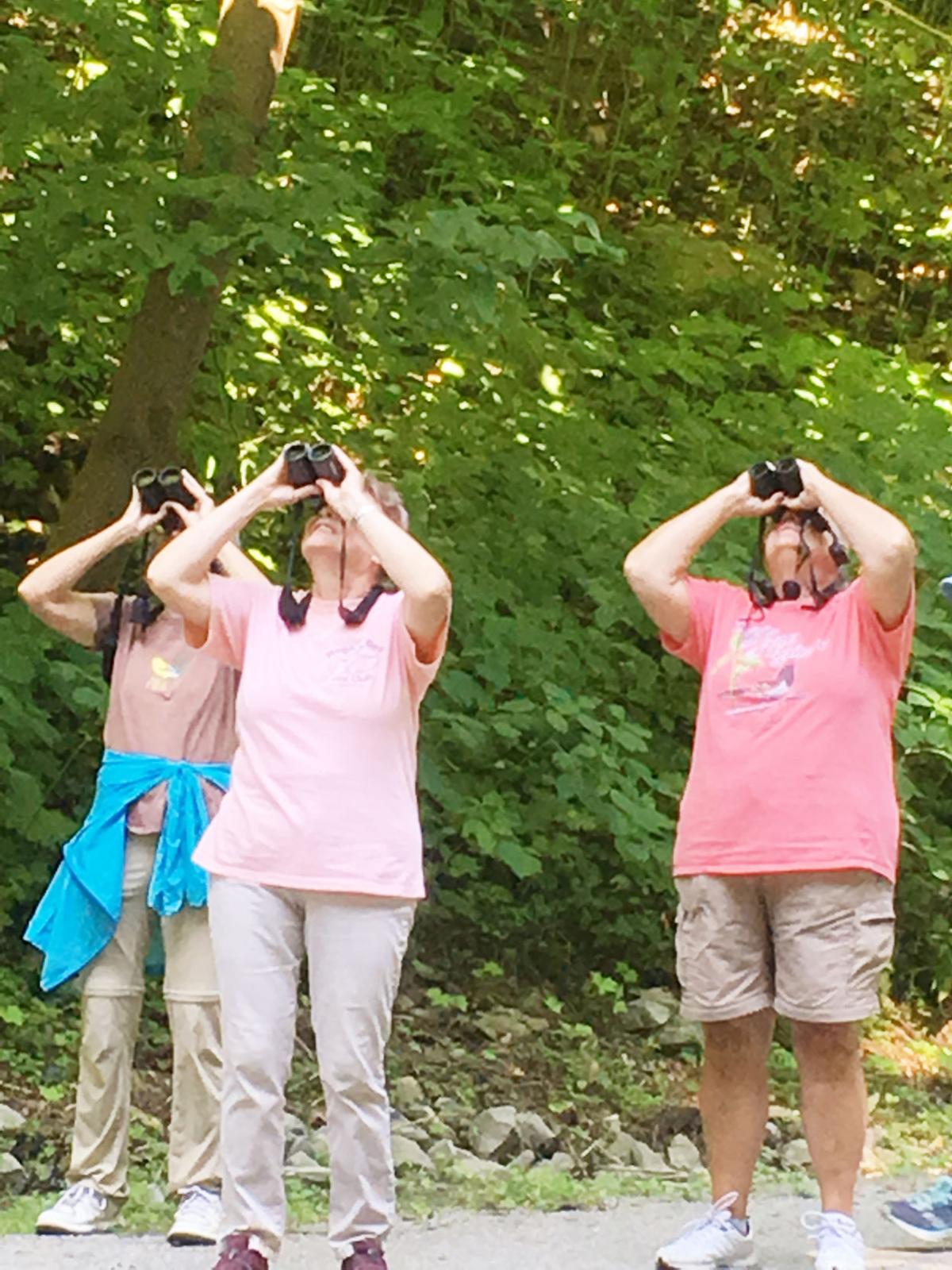 Members of the Ralph K. Bell bird club of Greene County study the sky on a recent bird watching trip. A recent report by the National Audubon Society revealed that the ruffed grouse, Pennsylvania’s state bird, could become extinct in the state due to climate change.

A ruffed grouse is pictured.

Members of the Ralph K. Bell bird club of Greene County study the sky on a recent bird watching trip. A recent report by the National Audubon Society revealed that the ruffed grouse, Pennsylvania’s state bird, could become extinct in the state due to climate change.

Marjorie Howard hasn’t seen a ruffed grouse in about 10 years.

“The last one i saw was in Aleppo Township, several years ago,” recalled Howard, president and founder of the Ralph K. Bell Bird Club of Greene County. “There were five of them, a female and four boys who were displaying for the female. I wish I had taken a picture. I never realized that I might never see one again.”

The ruffed grouse, Pennsylvania’s state bird since 1931, could go extinct in the state, along with dozens of other bird species, because of climate change, according to a comprehensive new study released by the National Audubon Society.

The report, “Survival by Degrees: 389 Species on the Brink,” warns that two-thirds of North American bird species are at risk of extinction from climate change.

The report also shows that if action is taken now – specifically, reducing carbon emissions – we can help improve the chances for 76% of species at risk.

The Audubon report comes on the heels of a study published in September in the journal Science that reported the United States and Canada have lost 3 billion birds since the 1970s.

“The three billion birds report is a look backward at what’s happened over the last 50 years. The net loss of three billion birds is nothing less than sobering. The Audubon report is more dire,” said Jim Bonner, executive director of the Audubon Society of Western Pennsylvania. “The fact that 389 species are endangered with extinction or being pushed out of their regions is more than sobering. It’s frightening.”

The scientists then plugged the data into the latest climate models to project how each species’ range will shift as climate change and other human impacts advance across the continent.

The results show birds will be forced to relocate to find favorable conditions, and many may not survive.

Among the 30 highly vulnerable species in Pennsylvania are the ruffed grouse, bobolink, red-headed woodpecker, yellow-bellied sapsucker, dark-eyed junko, wood thrush, and a number of warblers.

The report allows readers to type in their zip codes to find out which bird species are vulnerable in their area.

“Birds are a harbinger. It’s way overused, but they are the canary in the coal mine,” said Bonner. “Whatever gets them will eventually get us.”

The impact of each is significant, Bonner said.

“Consider rainfall. We’ve been having two- to- three to- four- to- five-inch rainfalls that are devastating to birds, especially in nesting season and especially for ground nesting birds,” said Bonner.

“We’ve all experienced plants blooming earlier, like lilacs, and then a frost hits and kills them. Birds aren’t aware of that, and when they migrate here, sometimes traveling over thousands of miles, they expect their food source to be here and it’s not,” said Bonner.

In mapping the possible bird extinctions, the Audubon researchers factored in the three future warming scenarios and the consequences we face at each warming tier.

But, Bonner noted, Pennsylvania’s temperatures are predicted to rise higher than the global average used in the report by the end of the century.

“We’re looking at an estimated increase of 11 degrees on average in summer months and 8 degrees in winter months. The warmer temperatures might sound pleasant, but that’s the difference between freeze and thaw, and certain seeds that need to freeze and thaw over winter so the shell will break, like walnut or milkweed, will not do that, so birds that eat those won’t be able to,” said Bonner. “It also will impact insect populations that normally die off during freezes, but won’t die off now.”

“We know what the problem is. We need the will to address it,” said Bonner. “The window is closing. The only thing that’s changing is the amount of time we have. We have to take action and make significant changes to help them.”