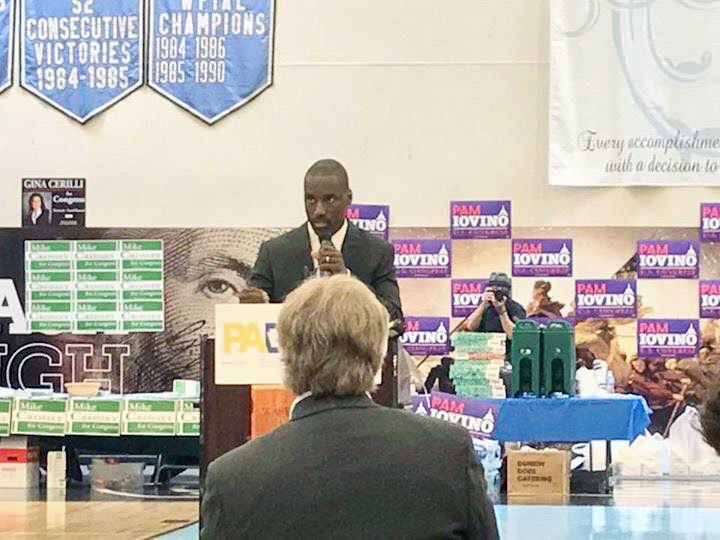 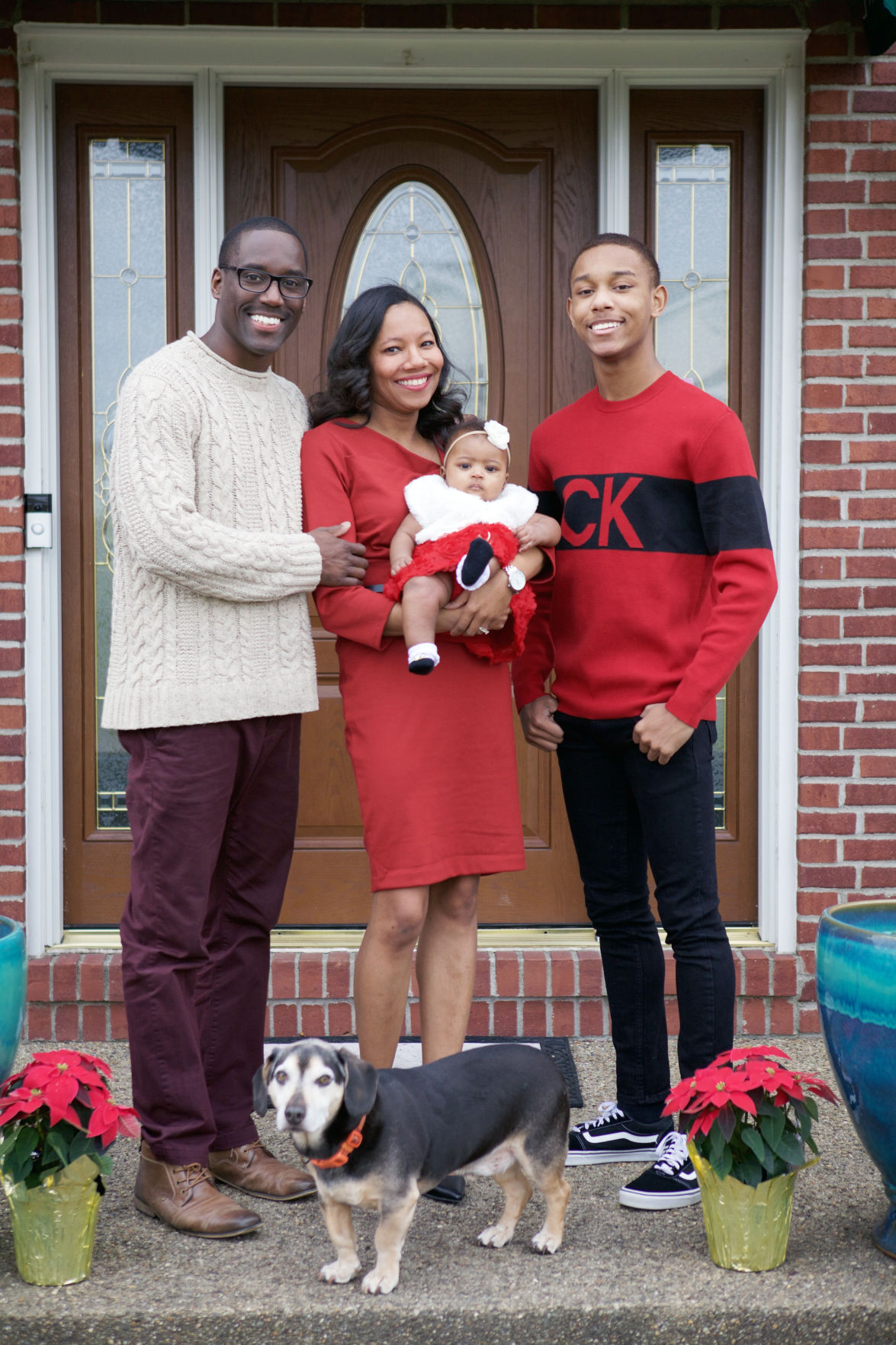 Reuben Brock, at left, poses with his family, which includes Darra, Rueben II, Ella and Franklin. 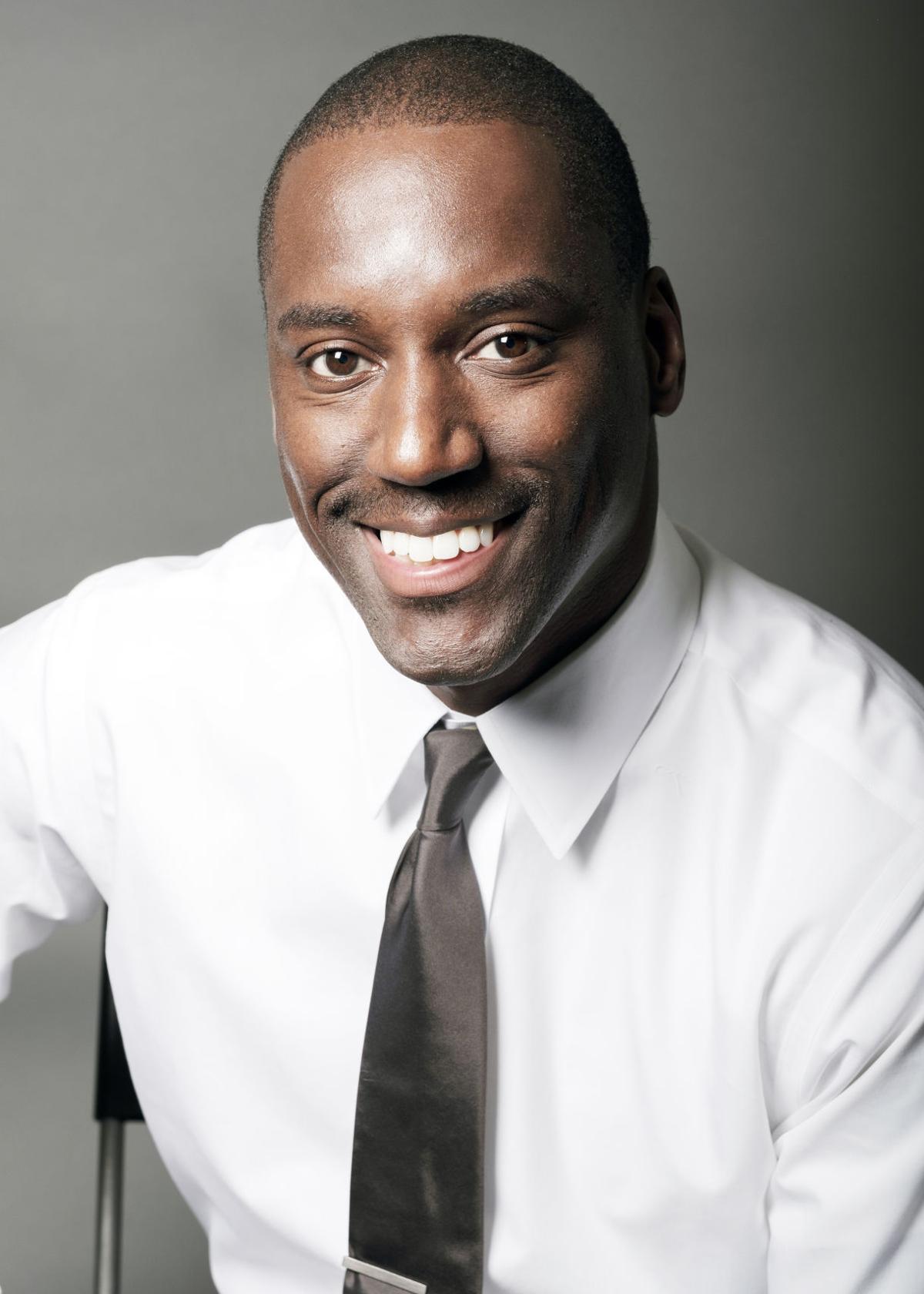 Reuben Brock, at left, poses with his family, which includes Darra, Rueben II, Ella and Franklin.

When Matt Leader and his fiancée, Ashley Farabaugh, got engaged in 2019, they knew immediately who they wanted to officiate their Oct. 2, 2021, wedding: Dr. Rueben Brock, a licensed counselor and professor at California University of Pennsylvania, whose psychology courses the couple took while completing their undergraduate degrees.

“We wanted someone who meant a lot to us. We had classes together with him, and we learned so much,” said Leader. “The things we talked about inside and outside of the classroom, he was always kind and caring toward us. We wanted someone who had an impact on our lives as students and aspiring counselors.”

At Cal U., Brock teaches at both the undergraduate and graduate levels, and serves as internship coordinator.

Jessica Reeves, who graduated from Cal U. in December with a degree in psychology, said she scheduled as many of Brock’s classes as she could.

“He quickly became my favorite to learn from,” said Reeves. “He truly was and still is a mentor to me, and I will always be thankful that i got to learn from him.”

And, note Brock’s students, he’s an engaging, dynamic speaker and a stylish dresser.

Brock has worked for more than 20 years in the mental health field, ranging from residential treatment of mentally ill adolescents to family therapy and drug and alcohol treatment.

He maintains a private practice in Peters Township.

Beyond his teaching and counseling, Brock has launched House Call with Dr. Rueben Brock, a web-based talk show that focuses on wellness and lifestyle improvement. He’s tackled topics including anorexia, race, and girl dads.

For his efforts to provide his students, clients, and community with guidance, support and compassion, Brock has been selected as the Observer-Reporter’s March ExtraORdinary Person of the Month. The award is underwritten by the newspaper and Washington Auto Mall, which will donate $500 in Brock’s name to GoFundMe for a water therapy pool for Ada Mae.

“What makes me happy is I get to spend my time helping people and attempting to make the world a little bit better, and I actually get paid for it: That’s my job,” said Brock. “There was a time in my life that it wasn’t this good, and I’m really appreciative of where I am.”

At age 44, Brock became a father for the third time, when his daughter, Ella, now 9 months old, was born.

“I’m amazingly happy. I just feel like it couldn’t have gone any better, all things considered. What I’ve gone through in my life, to be where I am in my life, it’s a feel-good story,” said Brock.

“I didn’t feel like I had access to the kind of helping professional I would have wanted when I got better. It made me want to be that professional, to be that guy that would listen,” said Brock, who was raised by a strong and loving mother, Renae, after his father died by suicide when Brock was 7 years old. “That’s been my driving force.”

Brock considers his work as a college professor the “cornerstone” of his professional career (“Everything I do is informed by my scholarship; being a good scholar is the foundation,” he said), but his work with House Call has been equally fulfilling.

He has assembled a team of interns, a longtime friend and a social media manager to help produce the show. His goal is to become nationally known as a leading figure on teen mental health, and the show has given him exposure and an audience.

Brock also takes seriously his responsibility as a role model for young African-American men and women.

In his book, “A Young Man’s Wisdom,” Brock addresses the difficulties of growing up without a male role model, and the lessons he was never taught: how to shave, how to throw a curveball, how to talk with a girl.

“I feel like the success that I’ve had makes it my responsibility. What’s the saying? To those much is given, much is required,” said Brock.

He has bought Christmas presents for underprivileged children under the guise of Santa, donated turkeys to the City Mission, donated pizza to the LeMoyne Community Center, and other selfless acts.

Currently, he’s working on a documentary about Pittsburgh’s black community.

Brock said he’s experienced disappointments – he twice ran for political office, losing in races for state representative and state senator – but has learned from them.

“I had to learn that being confident and meaning well isn’t enough. You have to do the hard work, too, and that was a lesson. I was doing a lot of other stuff while running for office, and you can’t do that,” he said.

In his spare time – there isn’t much – the former jazz musician and fly fisherman enjoys listening to music and golfing.

“Golf is just a really relaxing way to make me feel like I’m active. It’s relaxing,” said Brock. “It’s three or four hours when I’m unavailable, and in my life at this point, it’s a very welcome thing. If I golf or go to the driving range, I can’t think about anything else when I’m golfing because it’s hard.”

Brock has also grown as a father. In addition to Ella, Brock has a 15-year-old son, Rueben Jr., and a 26-year-old daughter, Dominique.

While he struggled to support his older children in their younger years, Brock now has the financial stability to provide for Ella and Rueben.

“I’m really big on family. I’m not only appreciative of the fact that I can provide for my family now, differently than I could before, but I appreciate things more than when I was young,” Brock said. “As you get older, you take stock of your life and what’s important to you. And my family is what matters. You could take away everything else, but if you leave my family, I’m going to be OK.”