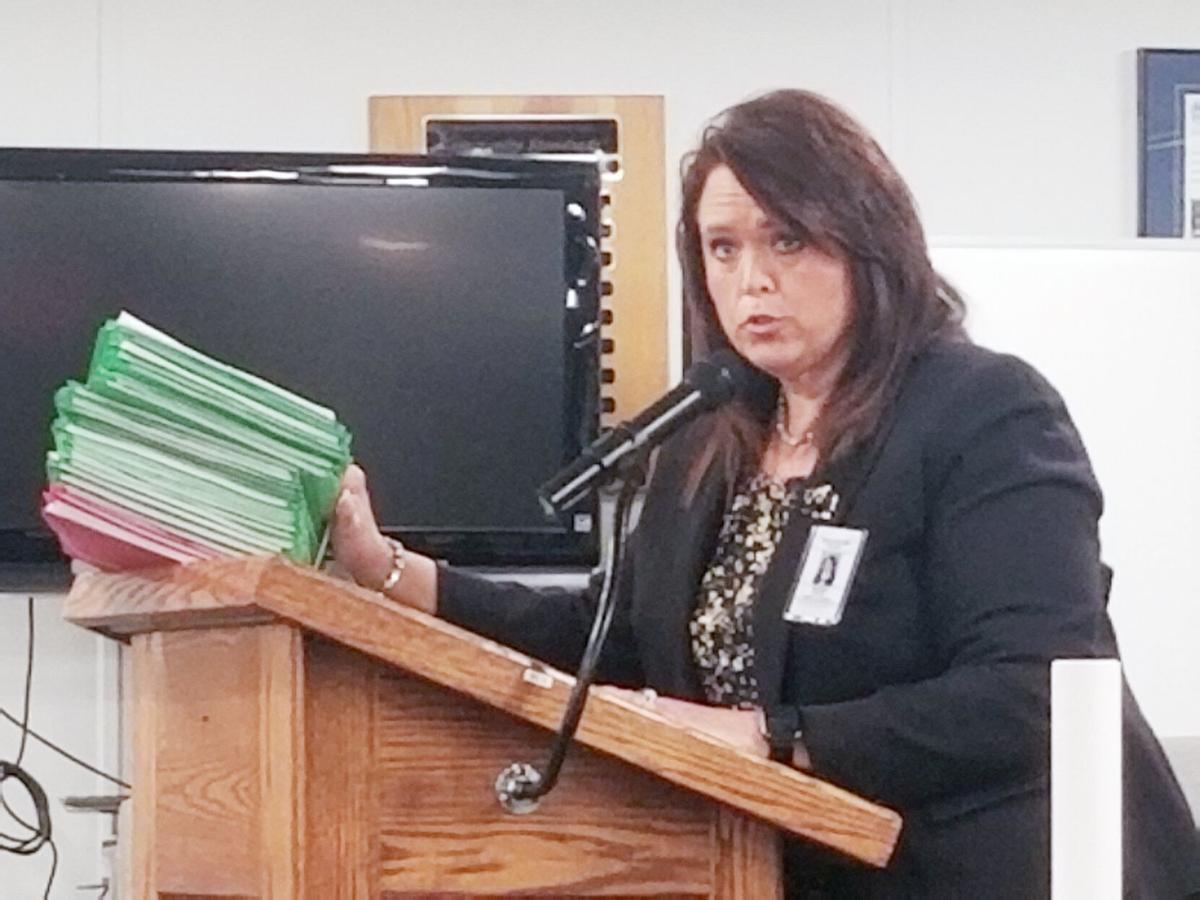 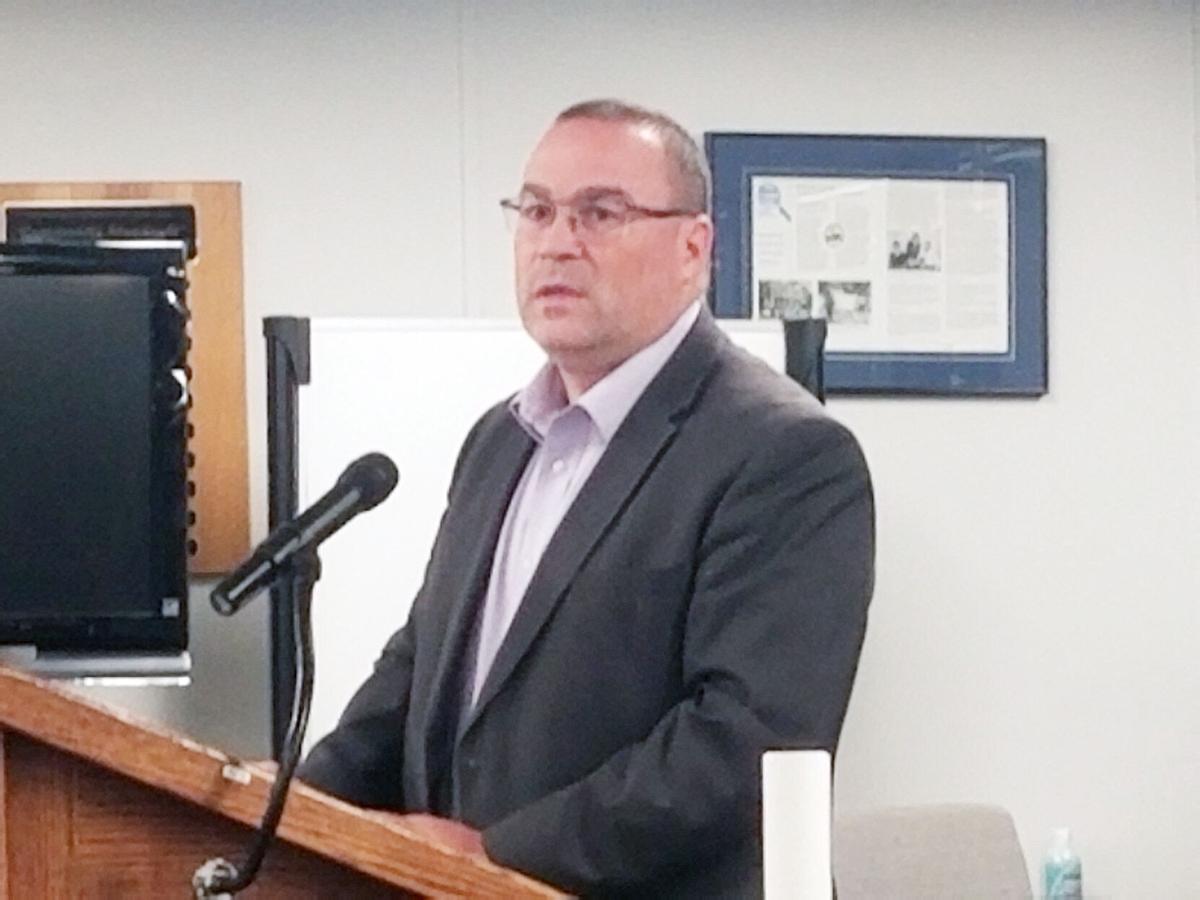 Republicans swept several Washington County row offices and took control of the board of commissioners less than two years ago, but the GOP honeymoon appears to be over as an interparty civil war is illustrating a deep rift within the courthouse and county government.

Register of Wills James Roman and Clerk of Courts Brenda Davis, two of the Republican row officers elected in November 2019, lobbed various accusations against the county commissioners and two other government officials during Thursday’s voting meeting, prompting board Chairwoman Diana Irey Vaughan to suggest there could be an “actionable” response to their comments.

Roman was especially upset about a recent audit performed by county Controller Michael Namie that showed several issues with how the Register of Wills office operated under his leadership last year, although there were no accusations of criminal wrongdoing or misappropriation of money. Roman complained about how the commissioners, Namie and Finance Director Joshua Hatfield have handled the county in recent years, although he provided no evidence of illegal activity.

“During their time, they have ruled Washington County using Machiavellian tactics of threats, intimidation, bullying and fraud. Here are some quick examples,” Roman said before Irey Vaughan interrupted and reminded him that his comments could face legal repercussions.

“I want to make this clear that if there are any allegations of wrongdoing against any member of the staff here in Washington County and it is actionable, we will take action individually against individuals who make these statements,” Irey Vaughan said. “I just want to make that very clear.”

As Roman resumed speaking, Irey Vaughan looked over to county solicitor Jana Grimm, who began scribbling notes for the remainder of his time at the lectern. The meeting and public comments were also recorded and a video was published on the Washington County Board of Commissioners’ Facebook page, as it is for every voting meeting.

After the meeting, Irey Vaughan said the commissioners met with their solicitor Wednesday to discuss “actionable behavior” against multiple row officers.

“We are considering our options with our solicitor,” Irey Vaughan said. “Words and actions have consequences.”

During other parts of his public comments at Thursday’s meeting, Roman accused Irey Vaughan and Namie of saying there were “significant” issues involving his audit, although Irey Vaughan has made no public comments on the controller’s annual review of the Register of Wills office. Namie said after releasing the audit that there were “significant findings” in the report.

After the meeting, Roman issued a letter calling for the immediate resignation of the three commissioners, along with Namie and Hatfield.

Namie offered a biting response during a telephone interview shortly after the meeting while defending his office’s audit process.

“It’s kind of hard for me to respond to the alternate universe that Mr. Roman is currently living in,” said Namie, a Democrat who is retiring at the end of the year.

Namie added that he’s issued hundreds of audits during his 32 years in office and reviewed the operation of row offices run by both Democrats and Republicans.

“There have been findings in a substantial number of those audits, and the typical response is, ‘Thanks for bringing that to my attention, and I’ll address those issues.’ Mr. Roman needs to take responsibility for the operation of his office and move forward,” Namie said. “(The audit) is a tool to improve the operation.”

“I unequivocally deny any of the allegations or assertions made by Mr. Roman,” Hatfield said.

Roman also incorrectly stated that a recent state audit of the Clerk of Courts office showed that $1 million was “misappropriated” by the county. That report authored by state Auditor General Timothy DeFoor and released last week showed that the county and state lost $1.56 million in potential revenue in recent years due to the propensity for Washington County’s judges to allow defendants to perform community service work in lieu of paying fines and other court costs. District Attorney Gene Vittone, who is a Republican, backed the community service program earlier this week and took exception with portions of the state auditor’s report.

But Davis used that state audit to question the proper assessment, recording and receipt of state-mandated DUI and Criminal Reporting Network fees paid by offenders.

“And now the public knows this practice is failing to comply with state statutes,” Davis said Thursday while holding 60 case files at the lectern that she claimed still needed to be closed out. “I need direction on whether my office will do what is within the law and record and assess these fees into the state-mandated system, or will the new Adult Probation collections unit be closing out these June 2021 DUI cases and continue to not to assess the fees, nor receipt the money in the state-mandated system and continue subverting funds into the county’s general fund for you to freely spend as you wish.”

The county’s salary board, which includes the commissioners and Namie, voted last month to move the collections staff from the clerk of courts to the Adult Probation Office, which has irked Davis.

Davis also asked the commissioners to provide a written response Thursday with how to handle the fee payments for the 60 cases.

Commissioner Nick Sherman, a Republican who was elected in 2019, buried his face in his hands at times as Davis spoke, while longtime Democratic Commissioner Larry Maggi appeared exasperated as he looked forward into the audience. Irey Vaughan, a Republican who was tapped to lead the board last year, did not respond to the request by Davis for the independent forensic analysis, and it was not known whether the county would provide Davis with any guidance on how to proceed with the outstanding cases.

During the voting portion of the meeting, Roman and Davis sat in adjacent rows and quietly whispered to one another while sharing glances at each other’s cell phones as they passed the devices back and forth.

Editor’s Note: The story has been updated to note that Clerk of Courts Brenda Davis was referring to the assessment, recording and receipt of court-ordered Alcohol Safety School and Criminal Reporting Network fees on page 26 of the state auditor general’s report during her public comments Thursday, and not questioning the community service adjustments made to the those cases.