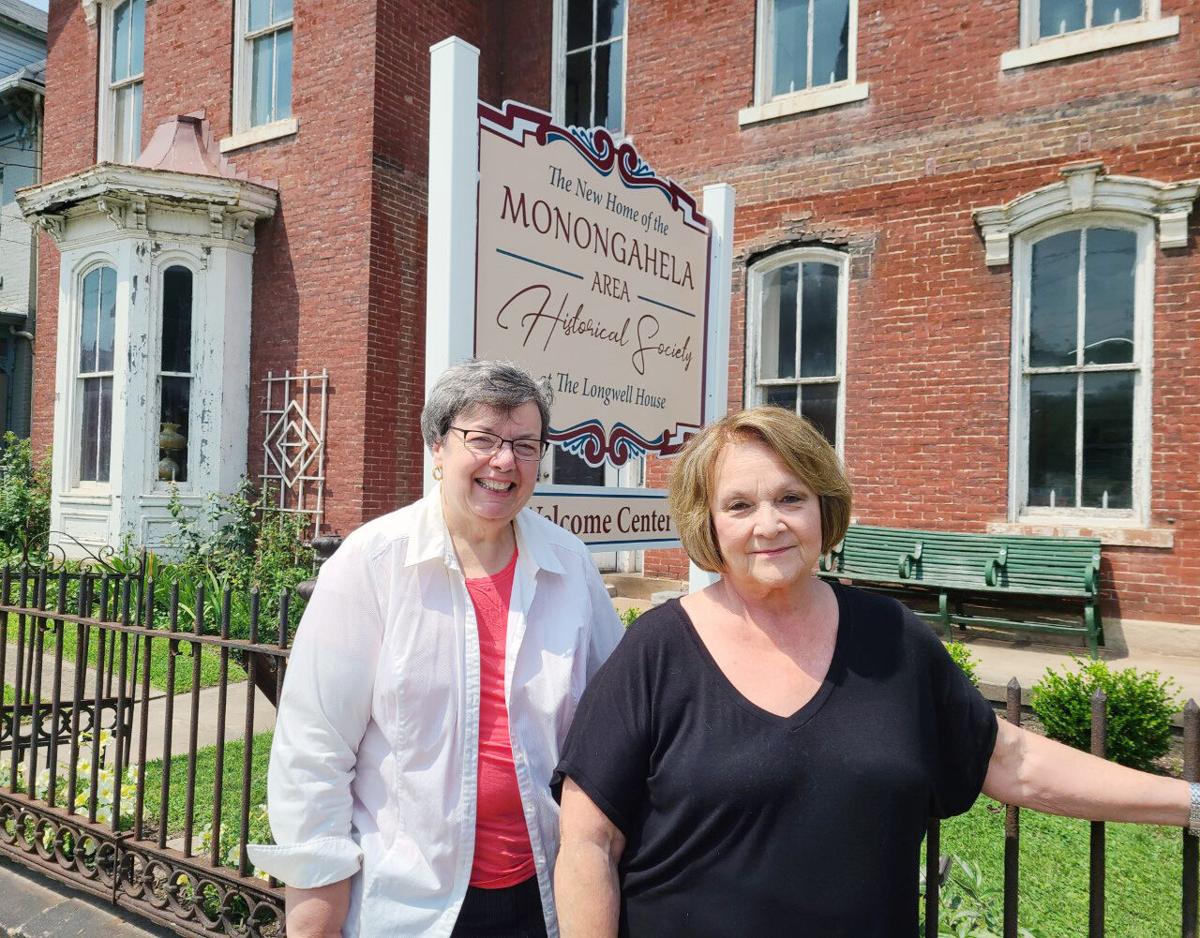 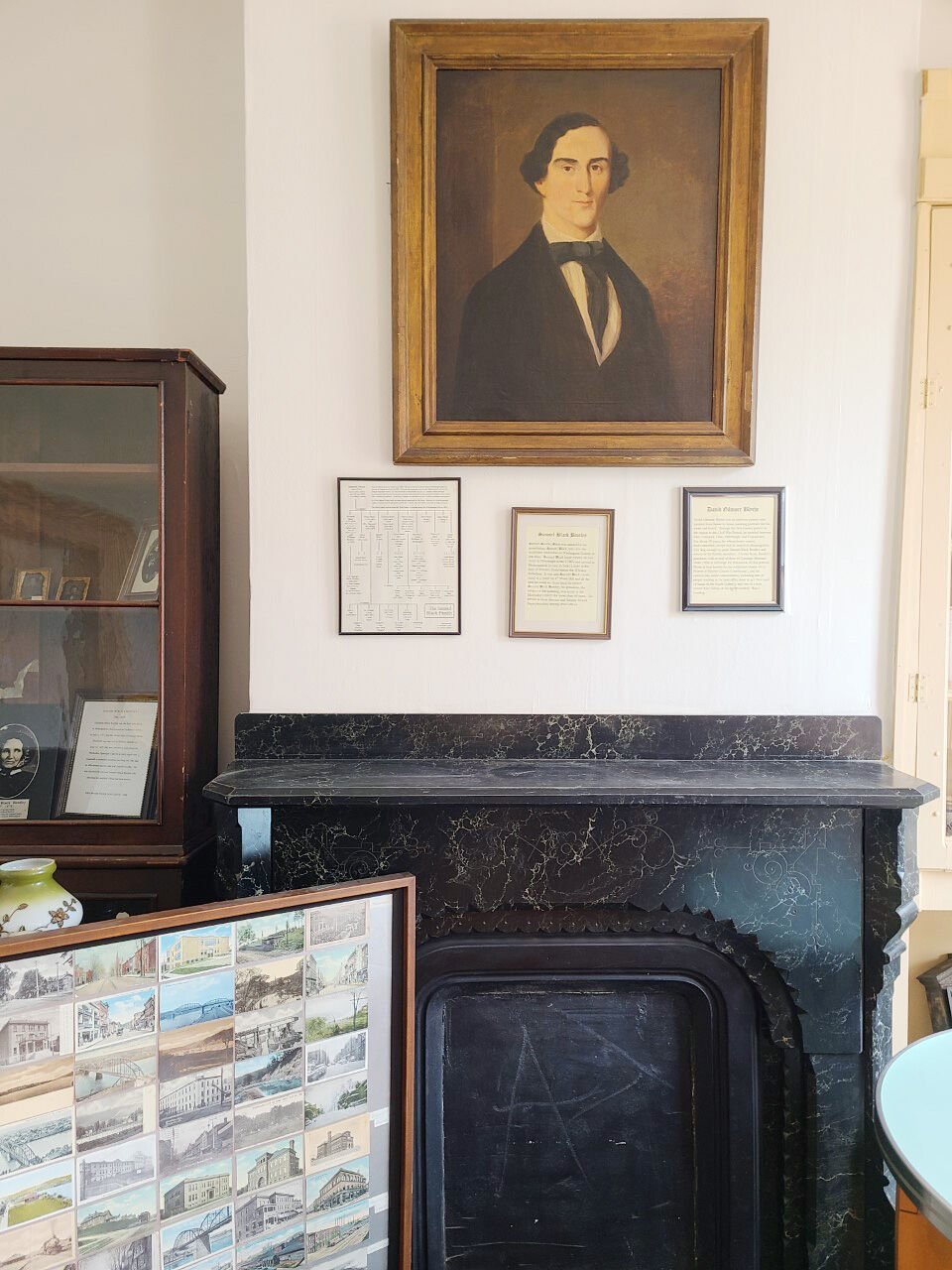 A portrait of Samuel Black can be found above an ornate fireplace in the Longwell House. 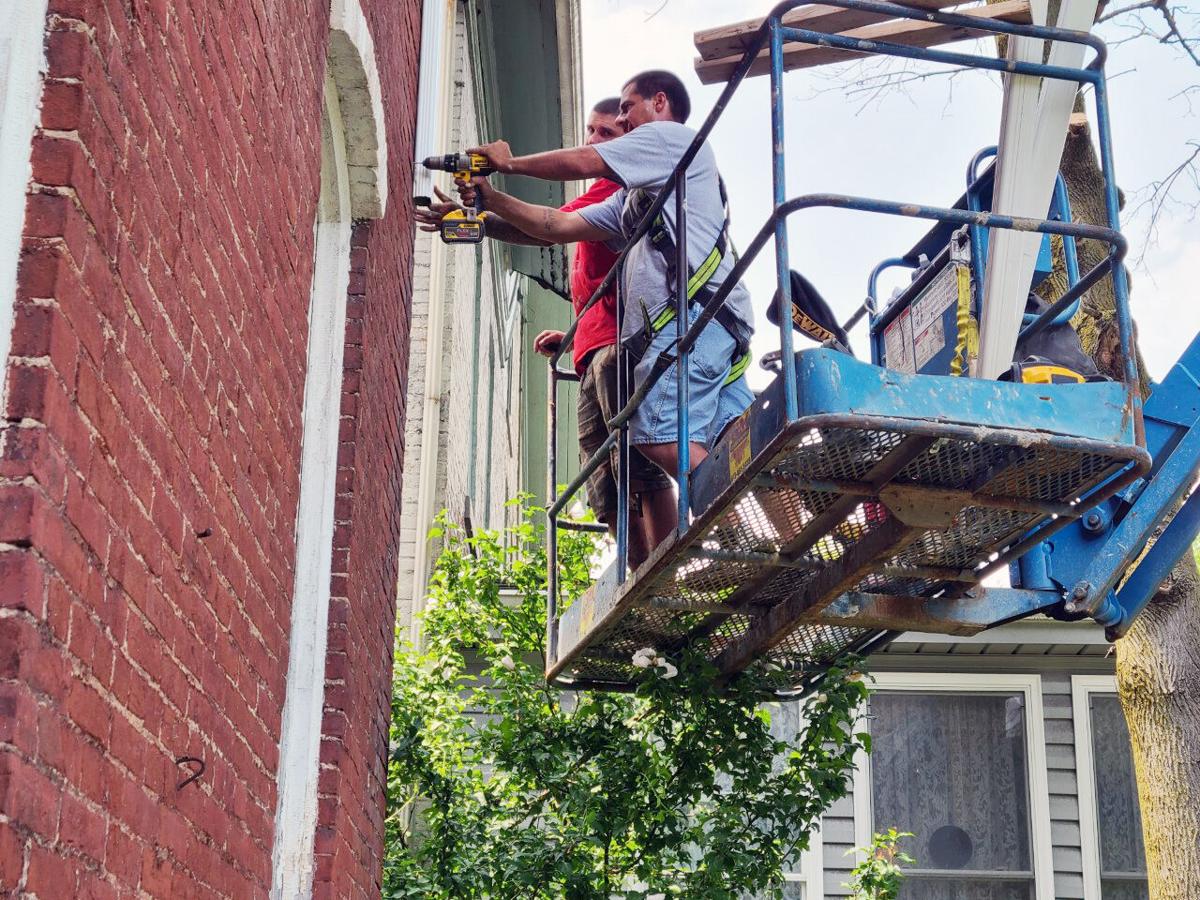 Workers with JLD Construction of Canonsburg restore the Longwell House.

A portrait of Samuel Black can be found above an ornate fireplace in the Longwell House.

Workers with JLD Construction of Canonsburg restore the Longwell House.

MONONGAHELA – The bay window is deteriorating at the facade of a historic house that otherwise has good bones in Monongahela.

The windows in the historic David Longwell House will be restored, retaining their 149-year-old glass, over the next five years, said Laura Magone, president of the Monongahela Area Historical Society.

“It’s beautiful, and it keeps getting nicer,” said Magone, whose society purchased the house at 711 W. Main St. for its headquarters.

The house was built in 1872 in the Italianate style by prominent local architect John Blythe for Longwell, who was a riverboat captain.

Workers are currently replacing the roof shingles and painting the ornate trim at the top of the brick house, using a $55,000 grant from the local share of the pot at The Meadows Casino in North Strabane Township.

The project was met with delays attributed to COVID-19 and unexpected costs when the four chimneys on the house were found to be deteriorating and needed to be rebuilt, Magone said.

The floors also have been refinished in the eight-room house, and the society is preparing to paint the interior walls. The house has been listed on the National Register of Historic Places for its design.

“We have a lot of work to do,” Magone said. “We’re doing this for the community.”

The grand stairway also needs to be refinished.

Magone said the society needs volunteers and is looking for suggestions as to what to exhibit in the house after it opens as a museum.

The society also is preparing to launch a capital campaign to raise more money for the project.