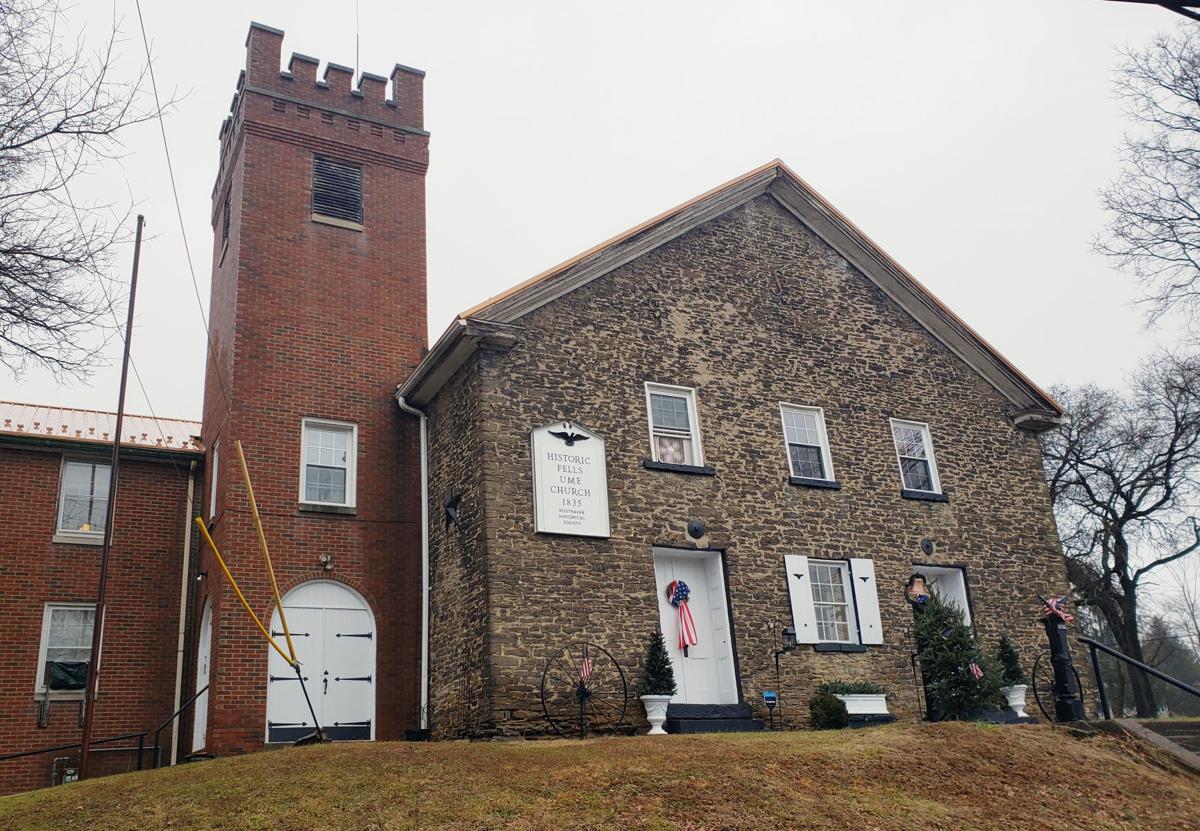 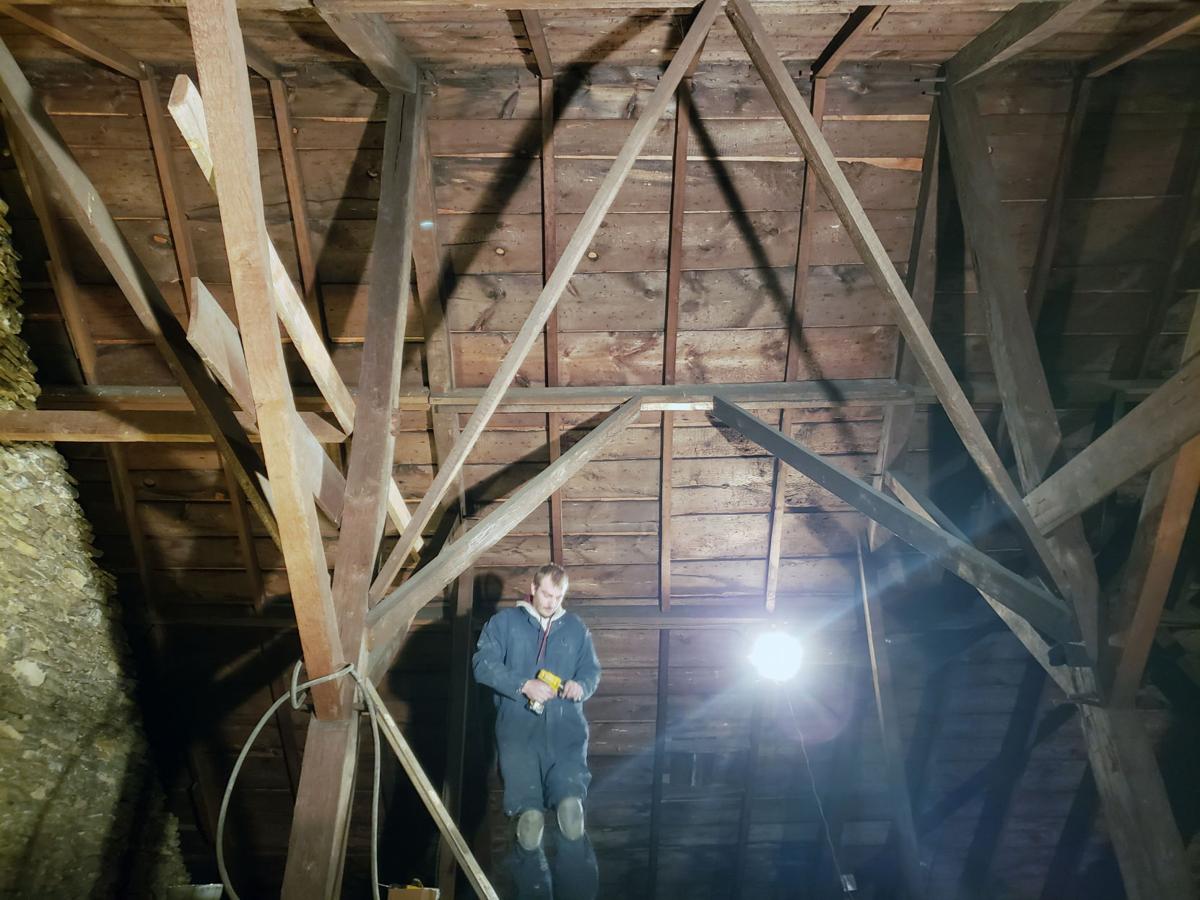 Chris Pfoutz of Addis Construction of Charleroi works Thursday in the attic of historic Fells Church.

Chris Pfoutz of Addis Construction of Charleroi works Thursday in the attic of historic Fells Church.

ROSTRAVER – The lumber used to construct the roof of a historic church in Rostraver Township was hand-hewn were the oak trees were felled because they were too long to haul in the 19th Century.

And the 40-foot-long ceiling joists in Fells Church dating to 1835 were assembled with pins in perfect precision that is unmatched in modern construction, said Spencer Addis, a contractor hired to replace the ceiling in the stone building.

“You could only speculate about what it took to get these here,” said Addis of Charleroi.

The Rostraver Township Historical Society, which uses the building in Fellsburg as its headquarters and a museum, raised the money to hire Addis Construction to complete the project.

Stuart Boyd, vice president of the society, said the work is already going over budget because of what was discovered after Addis began to peel back layers of ceiling coverings.

The weight of the original, thick horsehair plaster and roof leaked over the years, caused some of the lumber above the ceiling to bow and crack, Boyd said. Addis also called for the ceiling lighting to be rewired under modern standards.

“It’s nothing too serious,” Boyd said.

He said Addis has a plan to jack up the ceiling and use new lumber to secure the old joists in place before giving the ceiling a new layer of drywall.

The society budgeted $20,000 for the project with most of that amount now going into repairs.

“It doesn’t include finishing the ceiling. You never know what you’re going to get into with these old buildings,” Boyd said Wednesday.

The original congregation that first met under a tree and then in a log building was founded by Benjamin Fell, a cobbler who supplied shoes to Gen. George Washington’s troops during the Revolutionary War, Boyd said.

Washington rewarded Fell, a Quaker, by giving him 600 acres of land around present-day Fells Church and Fellsburg roads.

Fell was expelled from that church because of his service in the war, and his son, Peter, built the stone building to serve as a Methodist church.

For reasons unknown, the church was given two front doors in a style used by Quakers, and built with stone quarried in nearby Webster.

The lumber was hand chiseled with Roman numerals in order to set it in the correct place. This building was constructed as a house of God, and it appeared the workmen took this job seriously, Addis said.

The congregation sold the building to the township after it constructed a new church nearby in 1967. It was used as a municipal building and library until the township relocated to a new building in 1997.

Boyd said the society has been struggling to raise money for the project.

The society is accepting donations for restorations in the mail at: Rostraver Township Historical Society, 800 Fellsburg Road, Rostraver, PA 15012.