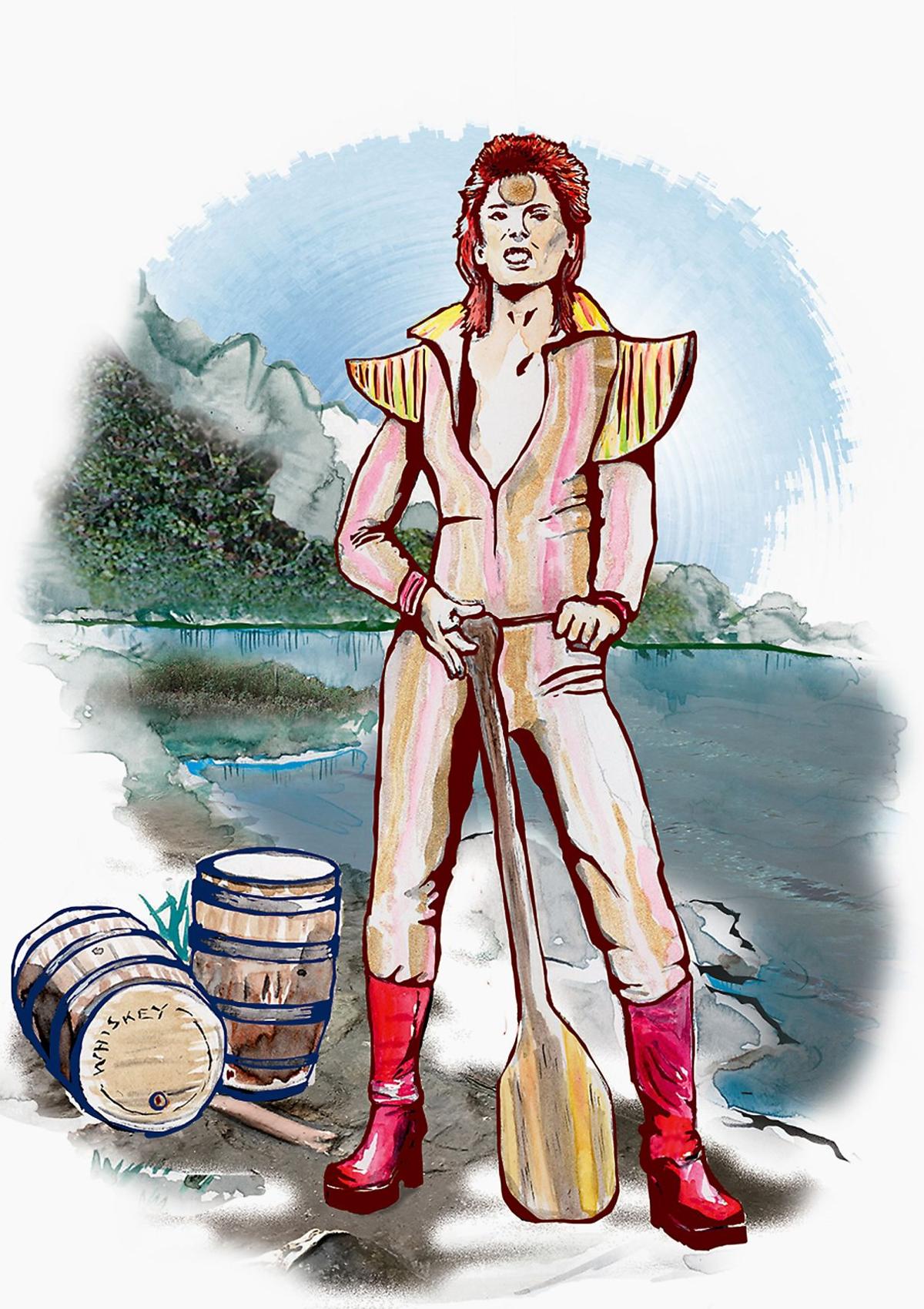 The Rebel, Rebel float trip being planned by Mon River Towns will highlight the Monongahela River while mixing history and David Bowie music. 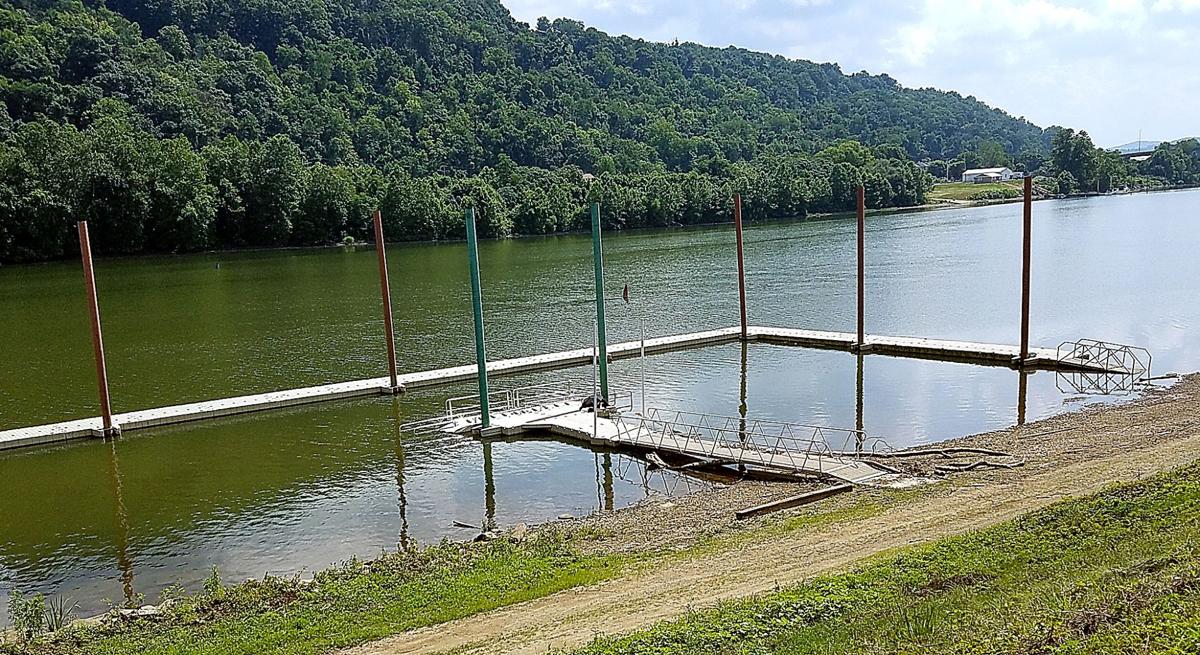 The new kayak launch at the Monongahela Aquatorium will be the end point of the Rebel, Rebel float trip.

The Rebel, Rebel float trip being planned by Mon River Towns will highlight the Monongahela River while mixing history and David Bowie music.

The new kayak launch at the Monongahela Aquatorium will be the end point of the Rebel, Rebel float trip.

At first glance you might wonder what possible connection the late rock music star David Bowie might have to the Whiskey Rebellion in Southwestern Pennsylvania. But then, when you recall his hit “Rebel, Rebel,” everything falls into place.

The song, the songster and one of Southwestern Pennsylvania’s most significant historical events will be united at 3 p.m. July 30. A small flotilla of kayaks will depart from a boat ramp in Webster for a 2 1/2-hour guided excursion that ends at the Aquatorium in Monongahela. Along the way, the boats will stop at a few places where narrators will give participants the lowdown on the basics of the rebellion through some of David Bowie’s lyrics.

“The event is playing around with the David Bowie theme as a way of having some fun and telling the story of the Whiskey Rebellion in a fresh and entertaining way,” said Amy Camp, trip manager from Swissvale.

As the originator of Cycle Forward, Camp has worked before with event host, Mon River Towns Program. One of Mon River Towns’ goals is to accentuate the river as a recreational resource. Camp started Cycle Forward four years ago as a consultant for regional bike trails and natural places and is now organizing the first thematic kayak excursion in the Monongahela area.

Venture Outdoors of Pittsburgh will provide the kayaks, safety equipment and guides, although participants may also bring their own canoe or kayak to the float. All the participants (the float is beginner friendly) will meet at the Aquatorium to register for the strictly over 21 event, then bus to the put-in site in Webster. Along the way, in several places, the flotilla will stop for a rest and a chance to hear the narrators give portions their accounts of the Whiskey Rebellion.

Clay Kilgore, executive director of the Washington County Historical Society, has committed to serve as one of the narrators. “I’ll try to cover as much of this interesting part of our history as I can,” he said. “One aspect of my talk will be the point of view of some of the women involved such as Elizabeth Bradford, wife of the leader of the rebellion, David Bradford, and Rachel Holcroft, wife of one of the other leaders.”

For a balanced account, Kilgore also plans to touch on events as seen through the eyes of the federal officials, such as John Neville, regional inspector for the excise tax on whiskey.

The float will end at the Aquatorium and be followed by an outdoor catered dinner by Prohibition Pastries, which uses locally produced spirits in their foods, with a DJ playing David Bowie music exclusively. Wigle Whiskey of Pittsburgh will be on hand to sample its products and will also serve two cocktails – one a rye-based drink that ties in with the type of whiskey made during the rebellion and a Dutch-style, gin-based cocktail.

Wigle Whiskey is named after one of the spark plugs of the rebellion, Philip Wigle, an early farmer and whiskey maker in Southwestern Pennsylvania. Reluctant to pay the excise tax on whiskey, Wigle had an altercation with a tax collector, which helped spark the Whiskey Rebellion.

When federal troops arrived in Southwestern Pennsylvania in 1794, they arrested some of the suspected perpetrators. Philip Wigle was one of them and joined other prisoners on a forced march across the state to stand trial in Philadelphia. Convicted of treason and sentenced to hang, Wigle was pardoned by Washington shortly before his date with the gallows.

The cost of the kayak float, two cocktails, whiskey sampling and dinner is $75 per person or $85 for those renting a kayak. Two-person tandem kayaks are also available for $170. In the event of rain the alternate date for the float is Aug. 6. To register online, go to nationalroadpa.org and click on the link under Events. There are limited amount of tickets available, so early registration for this customized experience is advised. The deadline to register is July 28.

“The float is a benefit for the Mon River Towns Program, a nonprofit organization, and ultimately the Mon Valley,” Camp said.

For more about the Mon River Towns Program, go to http://monrivertowns.com/about-the-program.