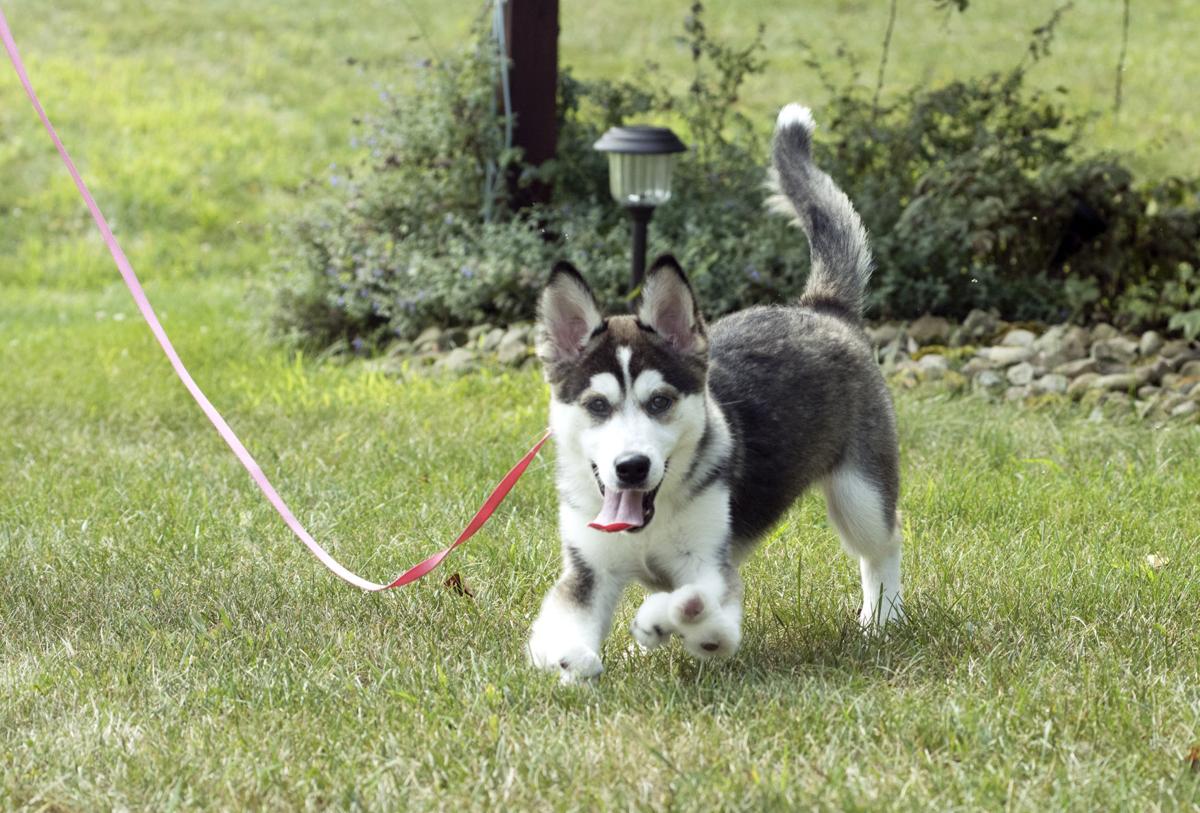 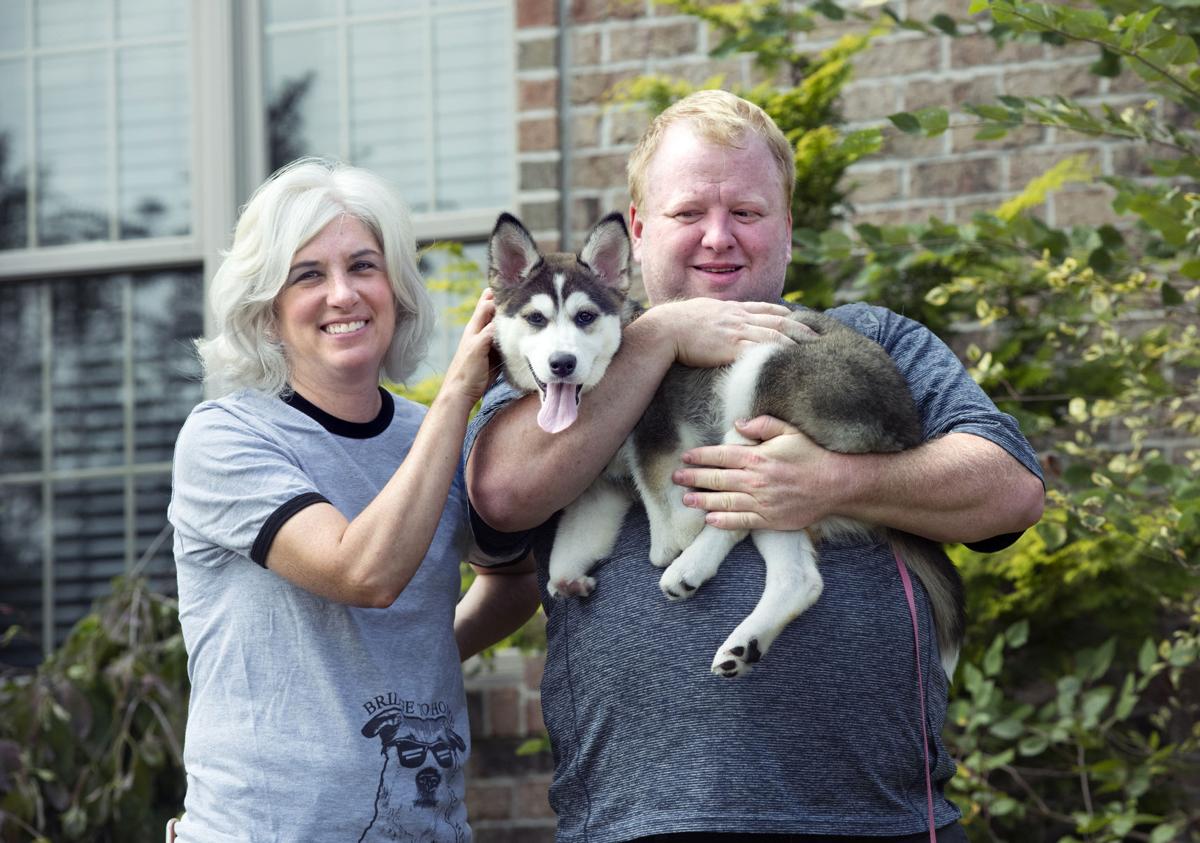 Gia is held by her foster parent, Michael Stanko, in Eighty Four. At left is Tracey Crompton, founder of Bridge to Home Animal Rescue. 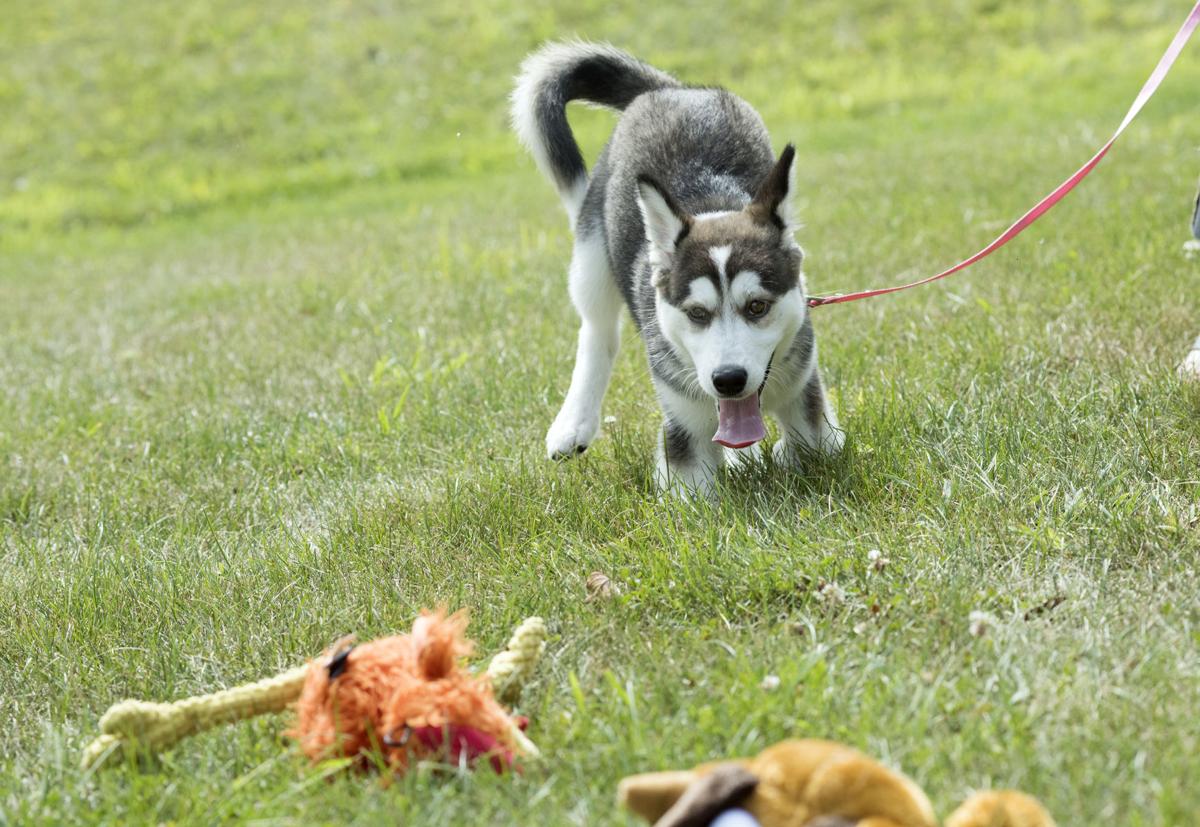 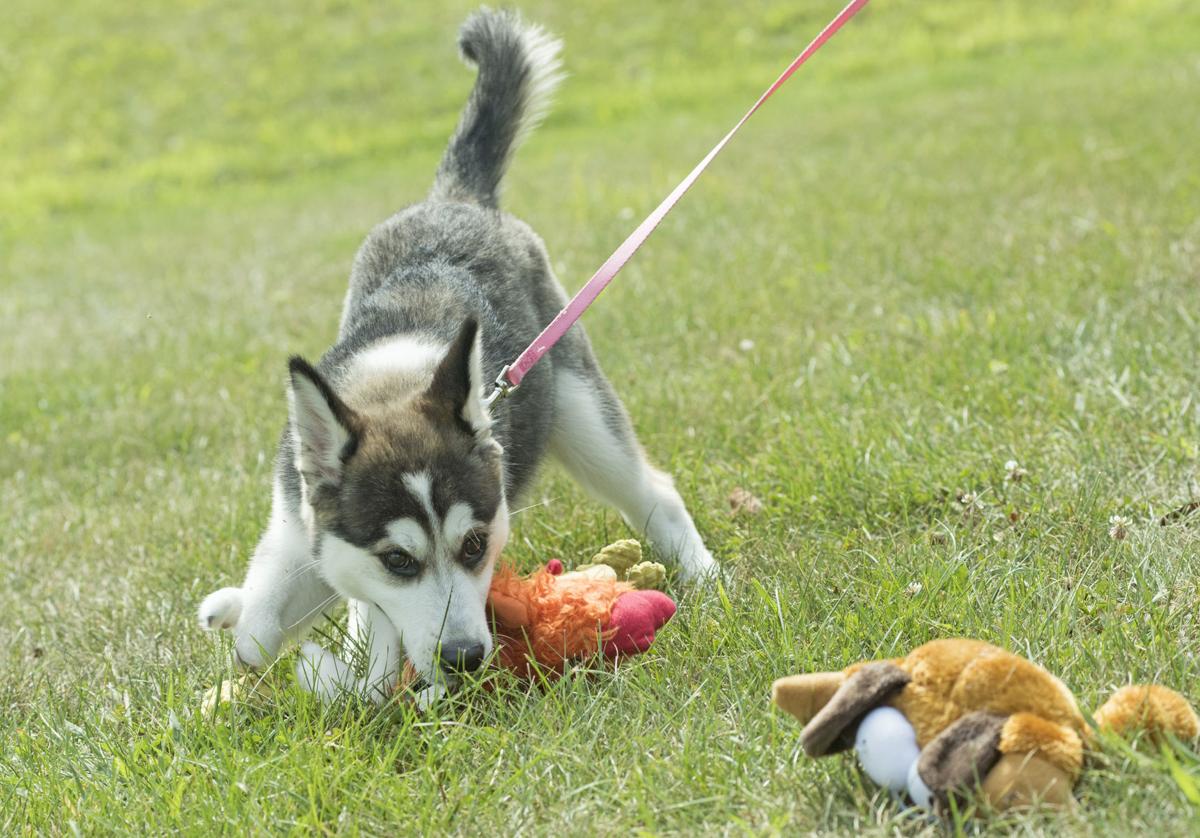 Gia is held by her foster parent, Michael Stanko, in Eighty Four. At left is Tracey Crompton, founder of Bridge to Home Animal Rescue.

But as the playful puppy pursued the toy, her short, deformed front paws got in the way.

But the canine soon will be ambulating more normally, when orthotics for which she was recently fitted arrive.

“She’s a little spitfire. She’s one of the happiest puppies you’ll ever meet,” said Crompton, founder of Bridge to Home Animal Rescue. “She really doesn’t know that anything is wrong with her.”

Michael Stanko, a physical therapist and foster parent with Bridge To Home Animal Rescue in Eighty Four, has been caring for Gia for about two months.

When an animal shelter from Kentucky called Crompton to ask if she would take Gia, her seven littermates and their mother, Crompton scrambled to find a foster home.

Foster mother Candace Bentz took in the puppies and mom, and all except for Gia were adopted.

But Crompton was worried that Gia, who was half the size of her siblings, would die or be euthanized.

Crompton, who believed Gia has a lot of love to give, was determined to do whatever she could to save the puppy’s life.

“She deserved a chance. We wanted her to have a normal life,” said Crompton.

A veterinarian at Med Vet in McMurray suggested three options, including surgery and a wheelchair device.

Crompton and Stanko settled on braces that feature soft foam interior padding to cushion the deformed paws. The tough exterior resembles a brace, and the artificial “limbs” are strapped on.

The orthotics also will help Gia stand and walk at a normal height, instead of leaning forward because of her short limbs.

Without the adaptive devices, Gia is “basically walking around on wrists and broken bones,” said Stanko.

Her legs bleed after she walks on them for a few minutes.

The orthotics are being built by K-9 Orthotics and Prosthetics in Nova Scotia, a company that makes custom-molded devices for dogs. Crompton estimates the braces will be completed in about two to three weeks.

As Gia grows, the orthotics will be adjusted for her height, Crompton said.