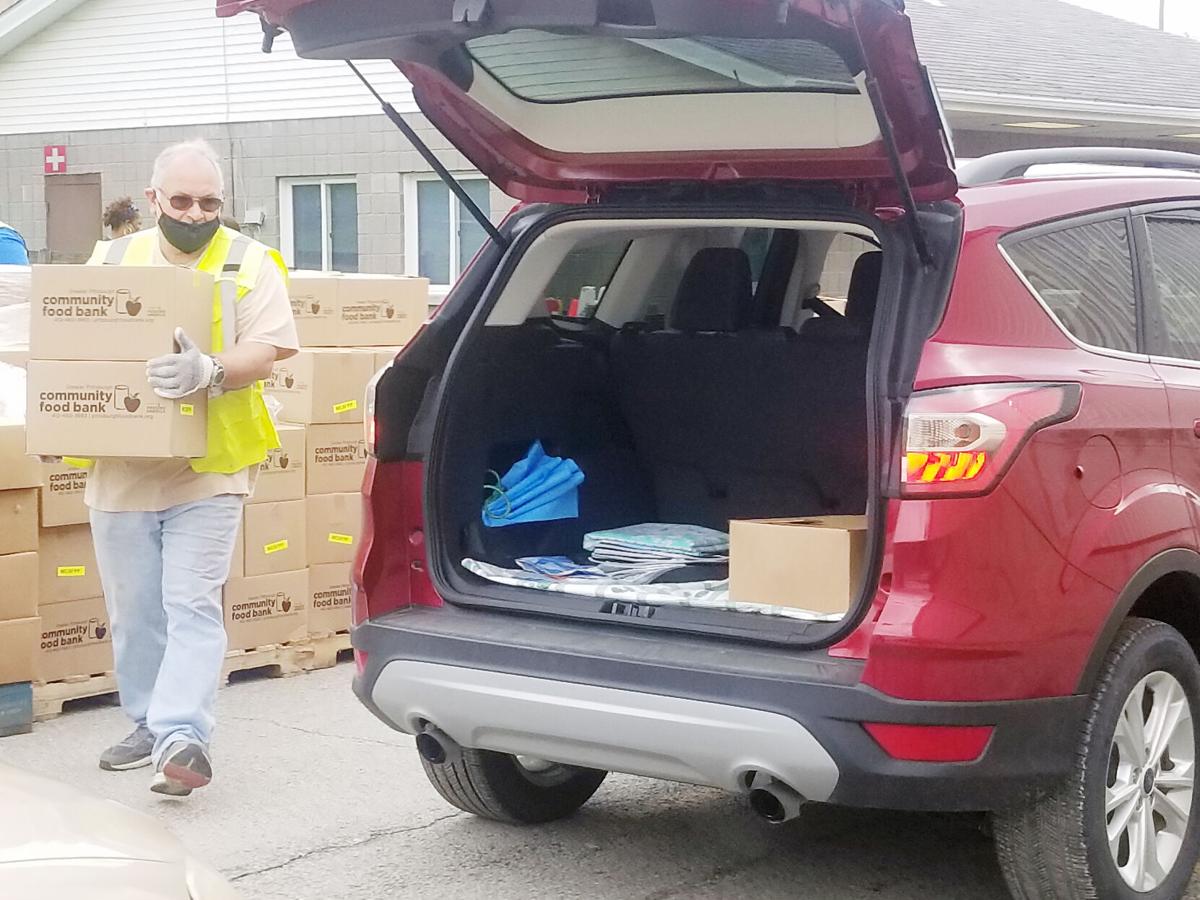 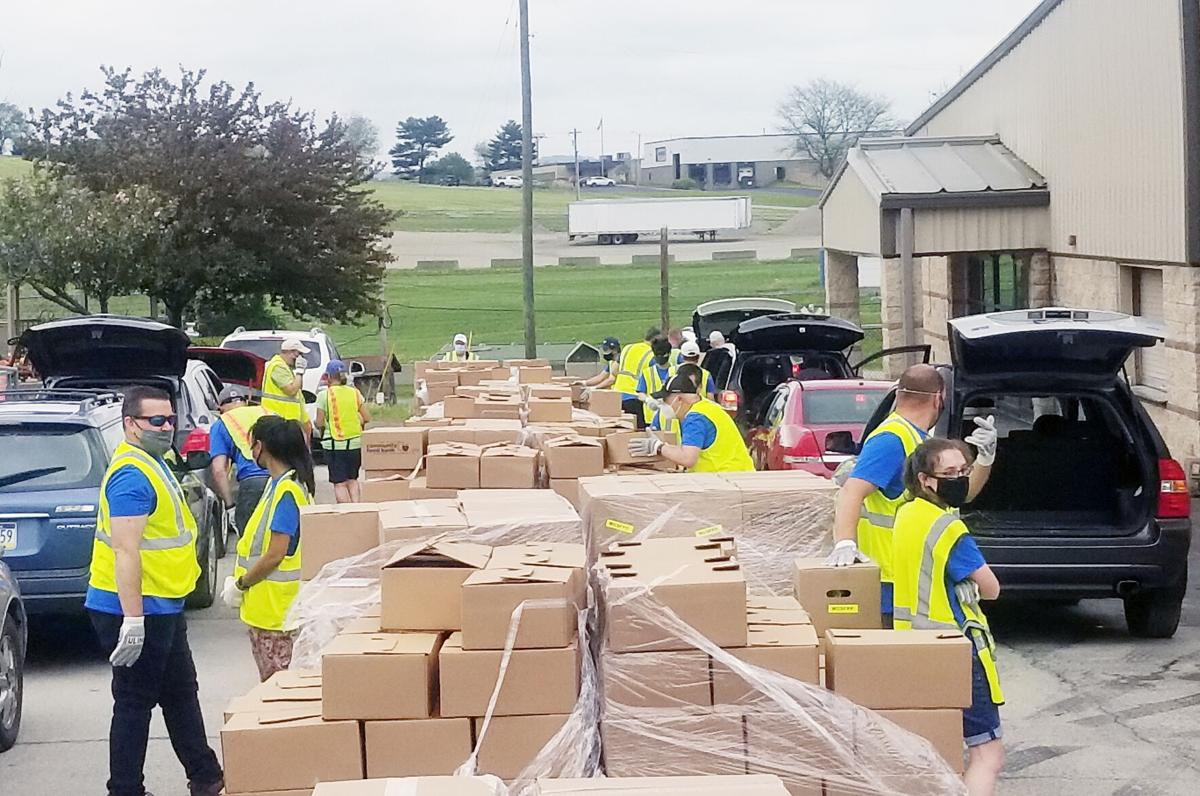 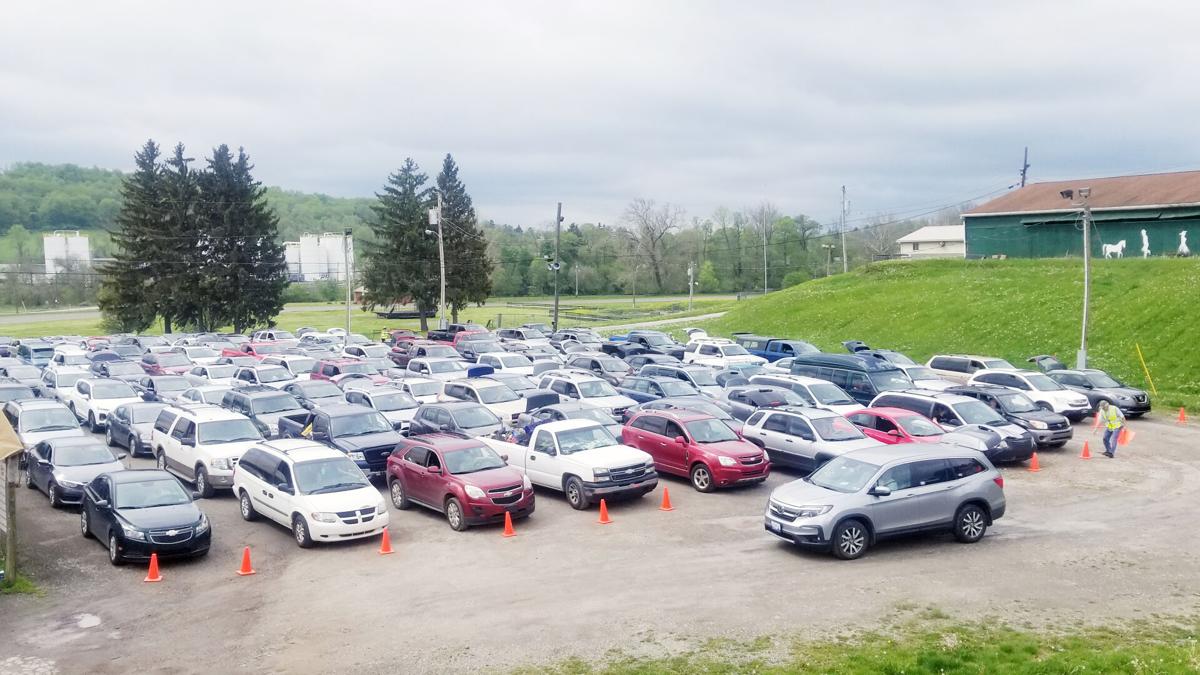 More than a hundred vehicles packed in tight rows line up at the Washington County Fairgrounds for local residents to receive boxes filled with fresh food and produce Tuesday.

More than a hundred vehicles packed in tight rows line up at the Washington County Fairgrounds for local residents to receive boxes filled with fresh food and produce Tuesday.

MEADOW LANDS – Hundreds of vehicles packed in tight rows lined up at the Washington County Fairgrounds for local residents in need to receive boxes filled with fresh food and produce Tuesday.

Ever since the coronavirus pandemic took hold of the region last spring, it’s been a typical sight on the first Tuesday of each month at the fairgrounds as the Greater Pittsburgh Community Food Bank has helped countless people as the economy ground to a halt.

In the next few weeks, the food bank in Pittsburgh will take on an even greater role by managing the county’s local pantries and offering other services to area residents. The change was necessitated after the county commissioners voted in December to redirect their share of $280,000 in federal and state funding to Pittsburgh rather than sending it to the Greater Washington County Food Bank.

Lisa Scales, president and CEO of the Pittsburgh food bank, said they’re ready for the new challenge as they begin operating the pantries and five drive-up locations.

“We are working diligently to expand the charitable feeding network in Washington County and are confident that the families we serve will experience minimal disruption and will see new opportunities for assistance in the coming months,” Scales said.

The two food banks have been working on a transition plan since January, although they won’t be partnering in the effort as previously hoped when Pittsburgh takes over management July 1. Instead, the Washington food bank’s board decided recently to move in a different direction, announcing last month that it will now serve as an “independent nonprofit” focusing on other services within the county.

Chris Claspy, board president for Washington’s food bank, said his organization is “excited to roll out food support programs in a more localized and direct manner” beginning in July.

“We are confident that this will ensure an increase in the total number of residents in Washington County being served especially for those who may be unable to attend traditional food pantry distributions,” Claspy said. “Furthermore, our expanded programs are meant to not only serve the hungry but to provide in-depth solutions to prevent food insecurity.”

Kim Rogers, director of the county’s newly formed Department of Human Services, said Tuesday that the move was “unexpected” after the two food banks were working closely in recent months on the transition and had prepared a joint press release earlier this year indicating they were interested in partnering together.

Charlese McKinney, the director of partner network programs at the Pittsburgh food bank, said the formal transition plan was put in place April 26 and will help as they work over the next two months to take on a larger role. She said Pittsburgh did not receive an explanation for the Washington food bank’s decision to go in a different direction.

“It was amicable,” McKinney said. “I think they’re different enough. They’ve carved out a niche of the demographic they want to serve.”

About 800 boxes filled with food were ready to be placed into the trunks of vehicles as they systematically passed through the drive-up distribution center at the fairgrounds beginning at 11 a.m. Tuesday. Volunteers loaded boxes for each family into the vehicles.

“This typically is what we do historically,” McKinney said of the large distribution events across the region.

Roger Bedillion of Claysville has been especially thankful for the monthly distributions at the fairgrounds. He lost his job last year in the natural gas drilling industry and has relied on the food provided to him at these events, which gets him through the month.

“It helps me out tremendously,” Bedillion said. “There’s a lot of need. Things are starting to pick up, but they’re still not back.”

Sitting in his pickup truck in a middle lane between dozens of other cars, Bedillion was impressed by the Pittsburgh food bank’s efficiency at the monthly distribution events.