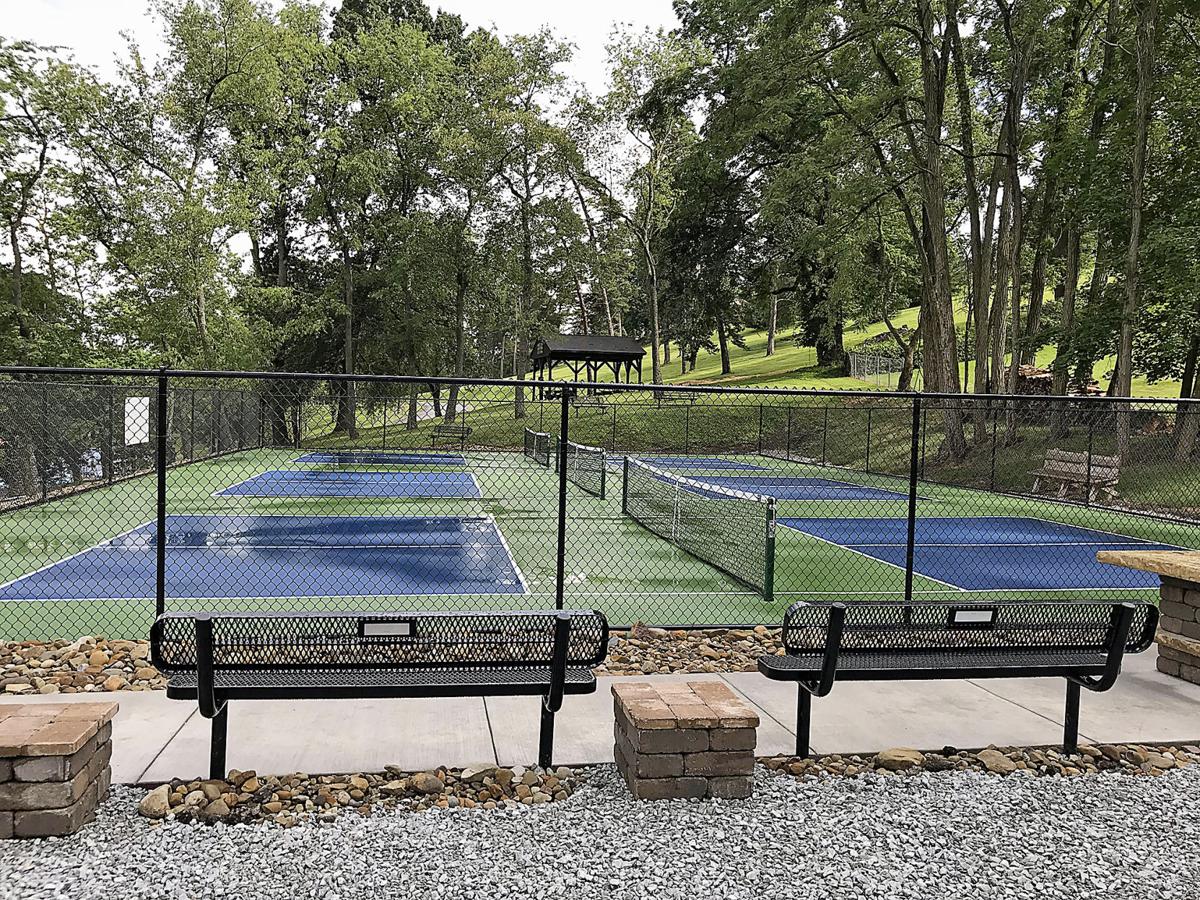 A view of the new pickleball courts in Canonsburg 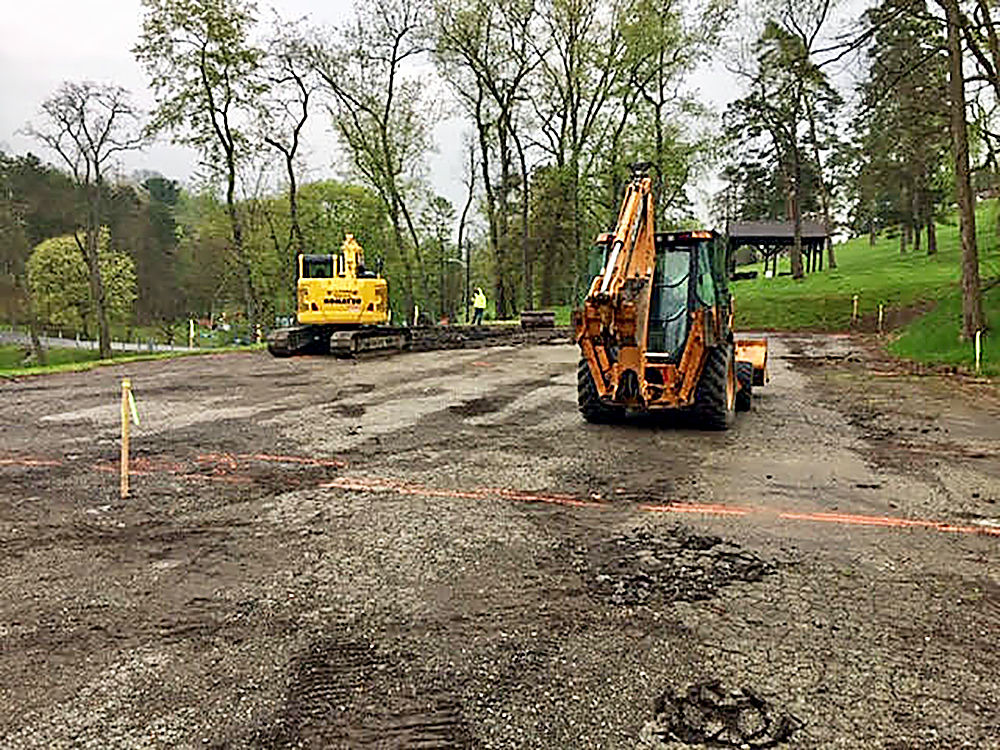 The new pickleball courts stand on what was once this old parking lot. 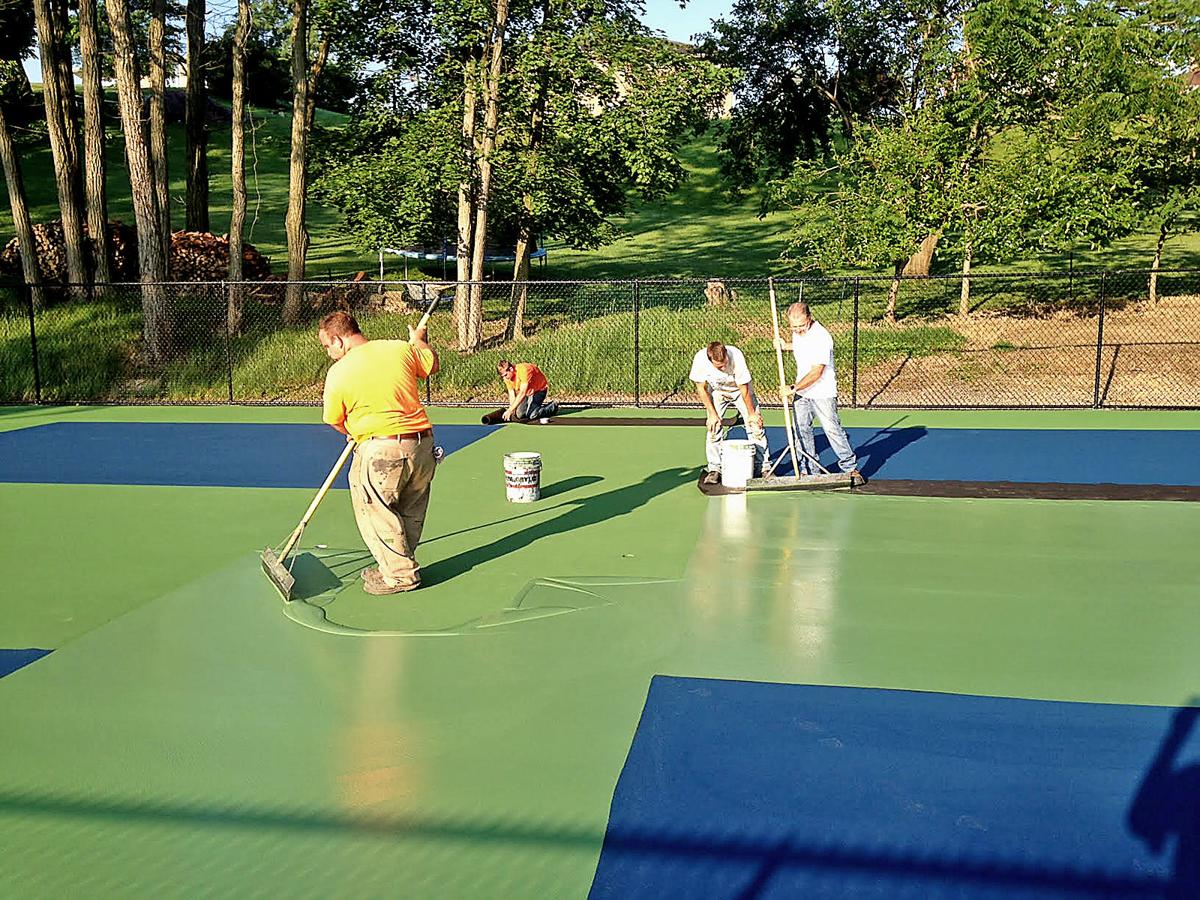 Workers prepare the surface of the new pickleball courts.

A view of the new pickleball courts in Canonsburg

The new pickleball courts stand on what was once this old parking lot.

Workers prepare the surface of the new pickleball courts.

Pickleball isn’t an Olympic sport (yet), but Canonsburg Town Park’s pickleball courts have an Olympic connection.

The three permanent pickleball courts, which were dedicated at a ceremony at the facility Saturday, are named the gold, silver and bronze courts.

The court names are a nod to one of the donors who contributed toward making the construction of the state-of-the art outdoor complex possible.

He credited Olympic medalist Bill Schmidt, a Canonsburg native who won a bronze medal for javelin in the 1972 Summer Olympics, for encouraging the pickleball group to seek matching donations after he donated $5,000 toward the courts.

“It took a while for us to get it done, but we managed to accomplish this,” said McKenery, who worked relentlessly to get the courts built. “It’s the nicest pickleball complex in the area, and what’s important is the efforts of everyone who made this possible in our little community of Canonsburg.”

The courts are fenced in, and surrounded by landscaping, a concrete walkway and memorial benches.

Additional funding was raised through grants, donations and fundraisers.

Among them were the Velma Jeffreys Youth Activities Trust and Silver Creek Services, whose names appear on the signs for court 1 and court 2.

Pickleball is the fastest-growing sport in America, McKenery said.

It combines elements of tennis, badminton and ping-pong. Two to four players use a wiffle-ball and paddles, and play on a surface smaller than a tennis court, with a slightly lower net.

McKenery laughed when he recalled how members discovered pickleball: one was picking berries and noticed McKenery and others playing; another went for a walk while attending a concert in the park and saw the group.

“I think for us it just shows how much of a close-knit group of people we are. It’s more than a game. We’ve formed friendships,” said McKenery. “We’re bound together. We’ve supported group members who have been through cancer, who have dealt with health and other issues.”

The Town Park courts are open to the public.

“We welcome everybody,” said McKenery. “If you are a person who loves to play, or you want to learn how to play, stop by.”