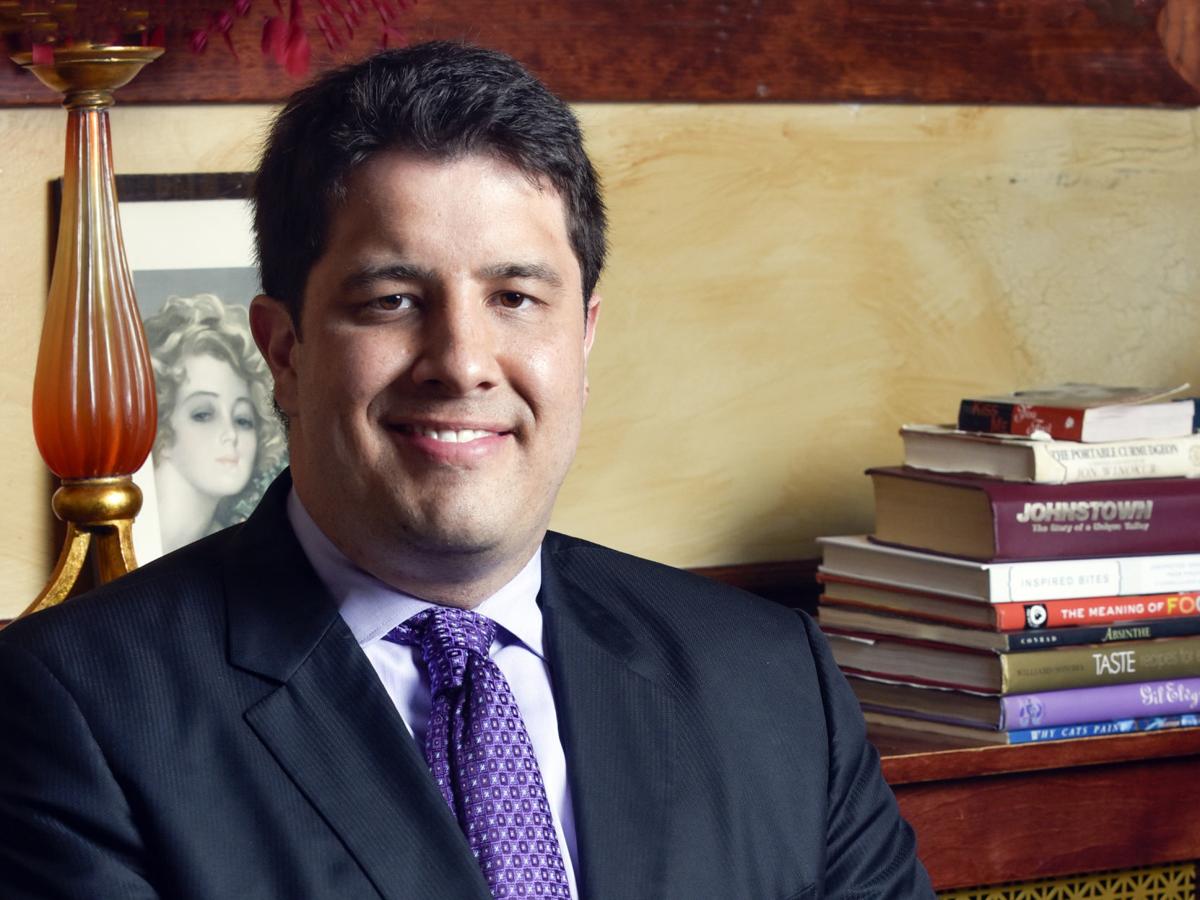 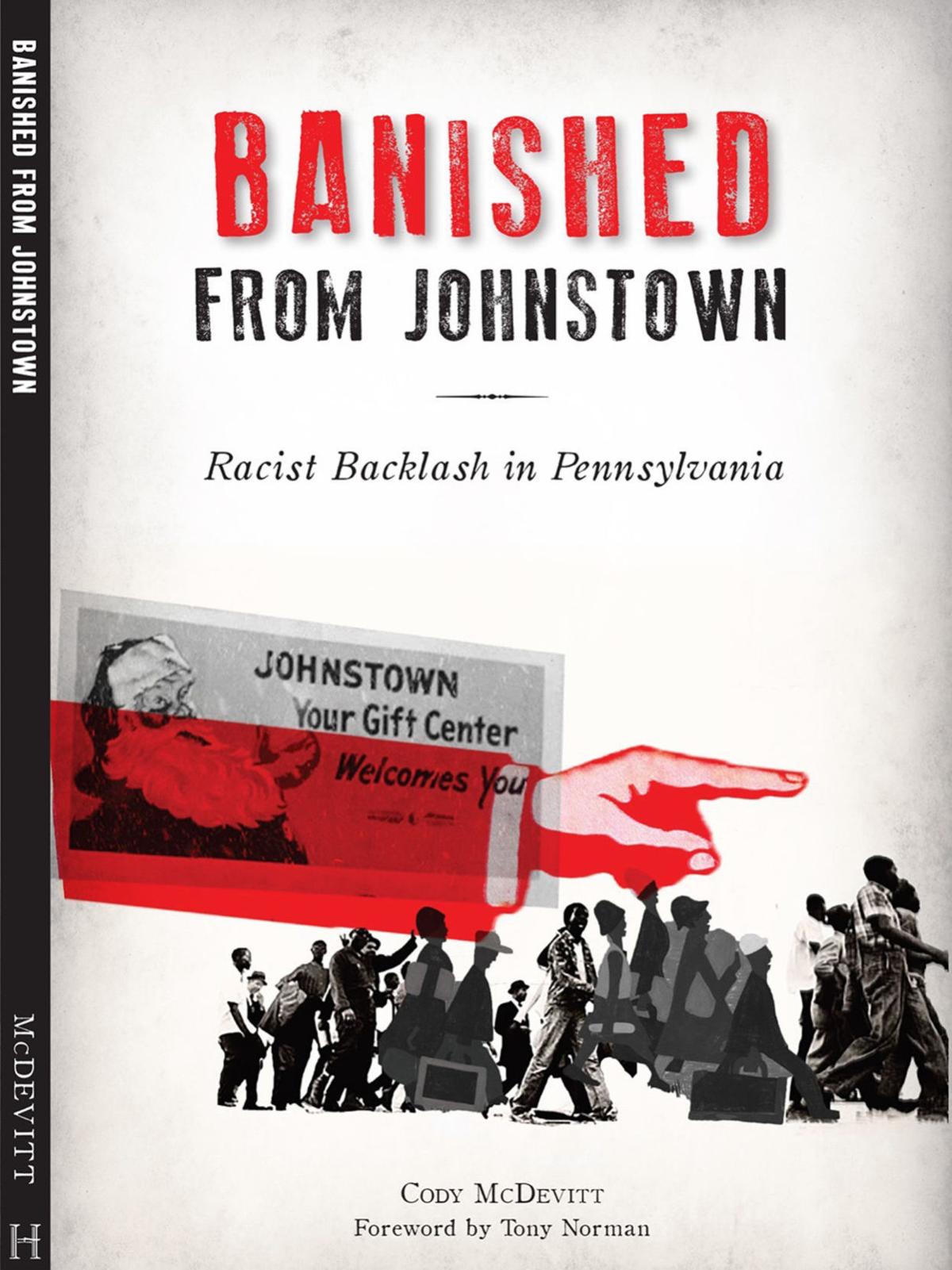 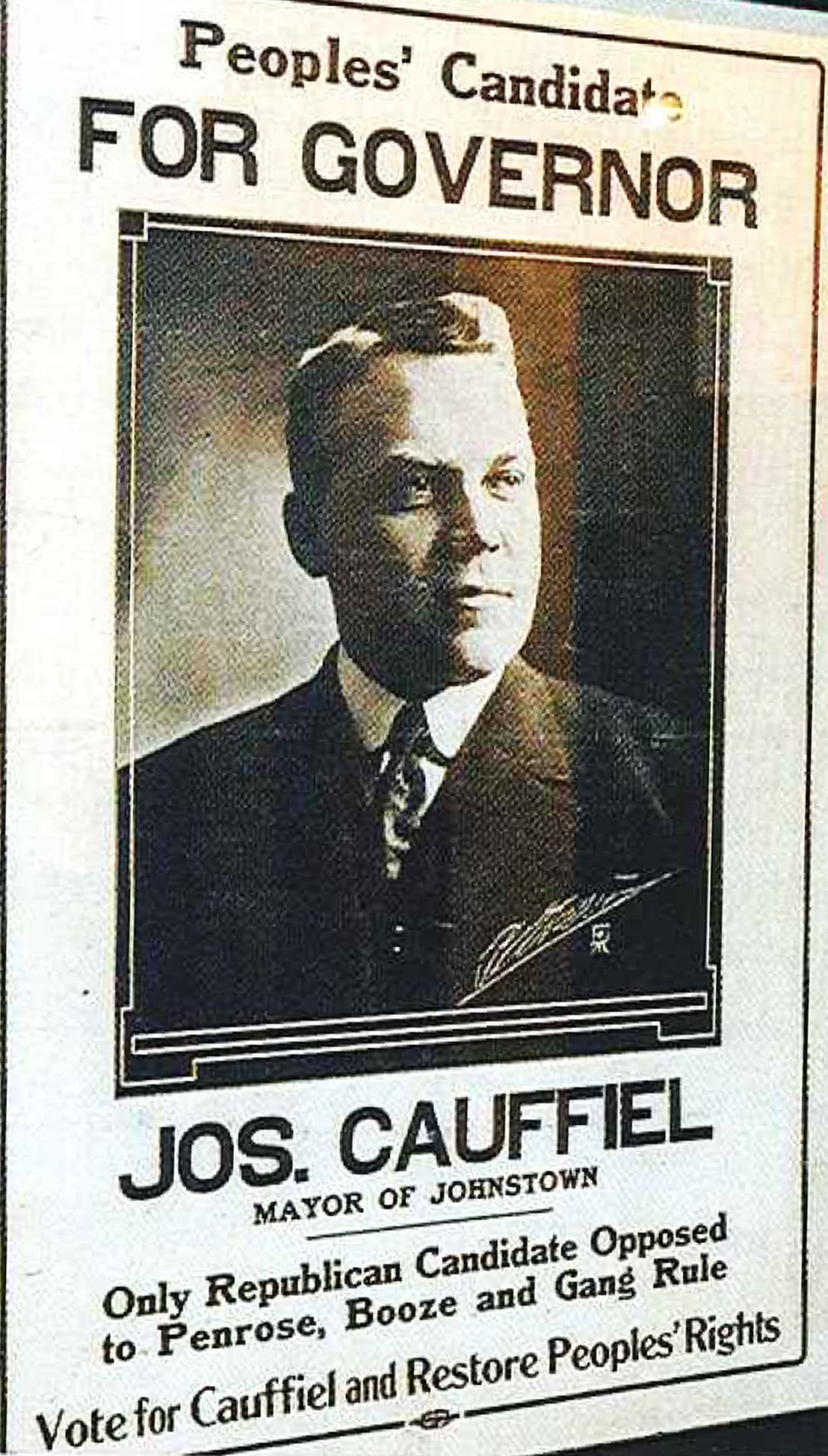 A 1920s campaign poster shows that Joseph Caufffiel had his sights set on higher office.

If you’re at all familiar with Johnstown, it probably has something to do with the flood of 1889 that claimed more than 2,200 lives.

An incident in the Cambria County city 34 years later harmed almost as many people, as journalist Cody McDevitt learned when he asked a local museum director for a story idea.

“He said, casually, that in 1923, 2,000 Black and Mexican people were forced out of Johnstown in no uncertain terms,” McDevitt recalled.

That was news to him, which he found surprising, considering that members of both sides of his family had grown up nearby.

And so the 2003 Peters Township High School graduate decided to enlighten his readers, starting with a series of newspaper articles and eventually producing a book, “Banished from Johnstown: Racist Backlash in Pennsylvania.”

From doing basic research to delving through Library of Congress materials, McDevitt was able to reconstruct the details of what occurred nearly a century ago.

“I tracked down all the original official documentation that I could, and that was what permitted me to start a book project. The other thing that kind of permitted it was the digitization of newspapers,” he said, a convenience that makes for ready access to contemporary source material.

He continues to track down information through the Rosedale Oral History Project, which seeks to find the descendants of those affected by the tragedy.

McDevitt has uncovered that on a summer night in 1923, a Black man with a troubled past named Robert Young got into a pair of shootouts with police, fatally wounding four officers while losing his own life.

In response – and, as McDevitt learned, probably to woo votes from Ku Klux Klan members – Johnstown Mayor Joseph Cauffiel ordered all Blacks and Mexicans who had been in the city for less than seven years to leave immediately. Many were forced out at gunpoint after the mayor told a newspaper reporter: “I am giving them fair warning. It’s for their own good to get out.”

For those who were allowed to stay, Cauffiel prohibited them from holding public gatherings and assembling, except for church.

The episode drew condemnation nationally, and Cauffiel was voted out of office the following month. As McDevitt reports, he later was imprisoned for extortion, perjury and other crimes.

“This type of incident didn’t just happen in Johnstown. In communities across the country, there were these forced deportations of Black people” and others, McDevitt said, including occurrences near Pittsburgh in Stowe Township and Beaver County.

“Western Pennsylvania had a very strong Klan and white supremacy movement back then,” he explained, including a branch of the KKK especially for women. “The Klan in Johnstown organized faster than in any other part of the state. It’s one of the troubling parts of our history.”

McDevitt, who lives in Murrysville, had a series of talks about his book scheduled at regional libraries, including some in Washington County. COVID-19 caused their cancellations, but he continues to promote “Banished from Johnstown: Racist Backlash in Pennsylvania” as an educational resource.

“I’m hoping this book gets in school districts throughout Pennsylvania,” he said, “and the people learn this history and just understand that we shouldn’t criminalize people of color.”