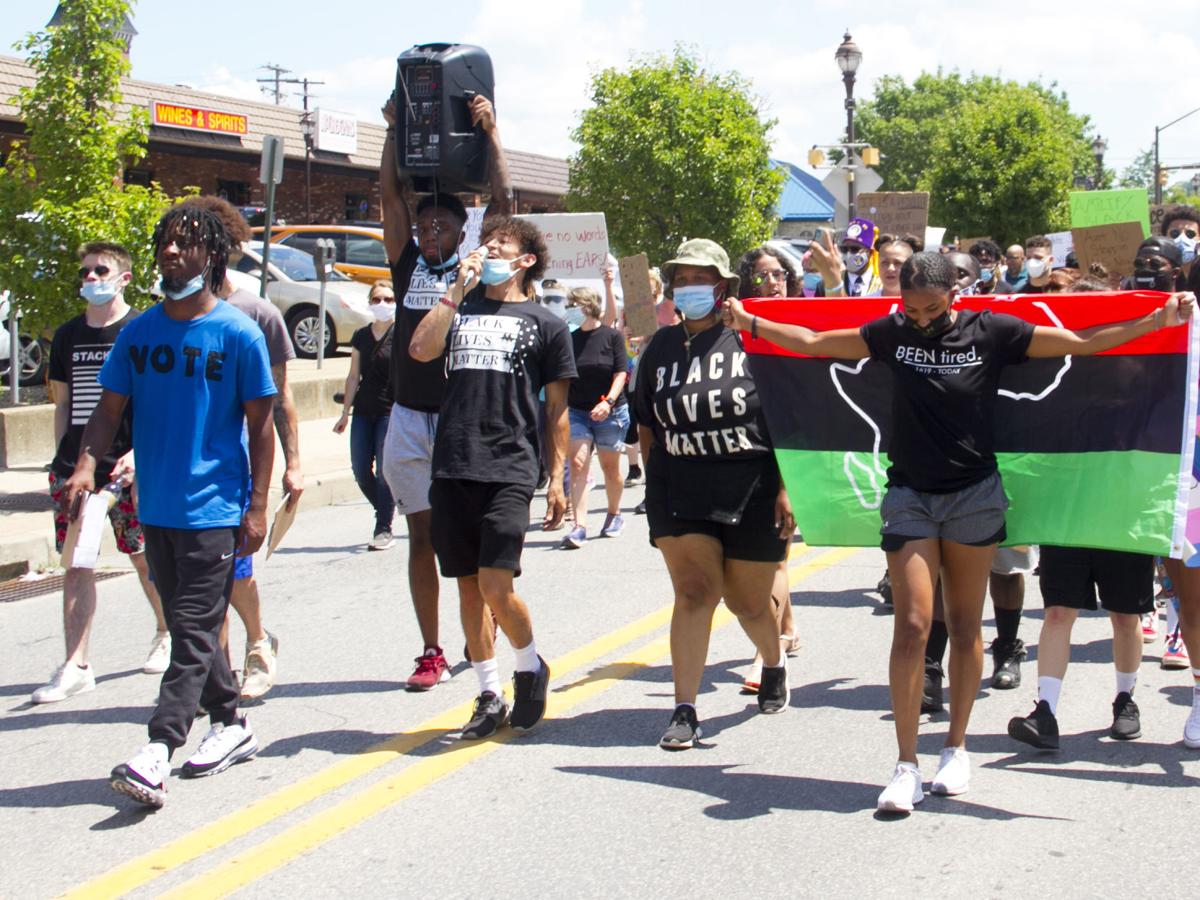 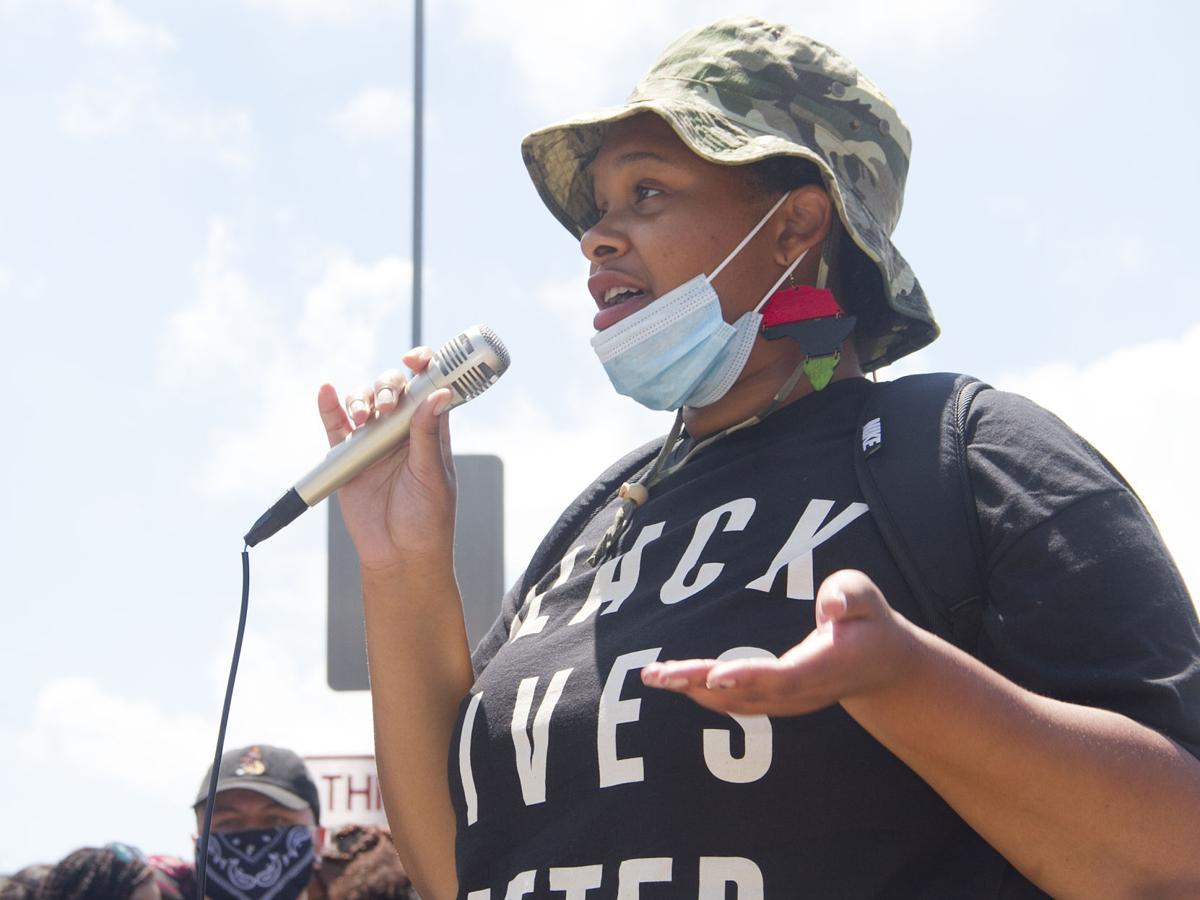 Organizer Faith McClendon speaks prior to the march. 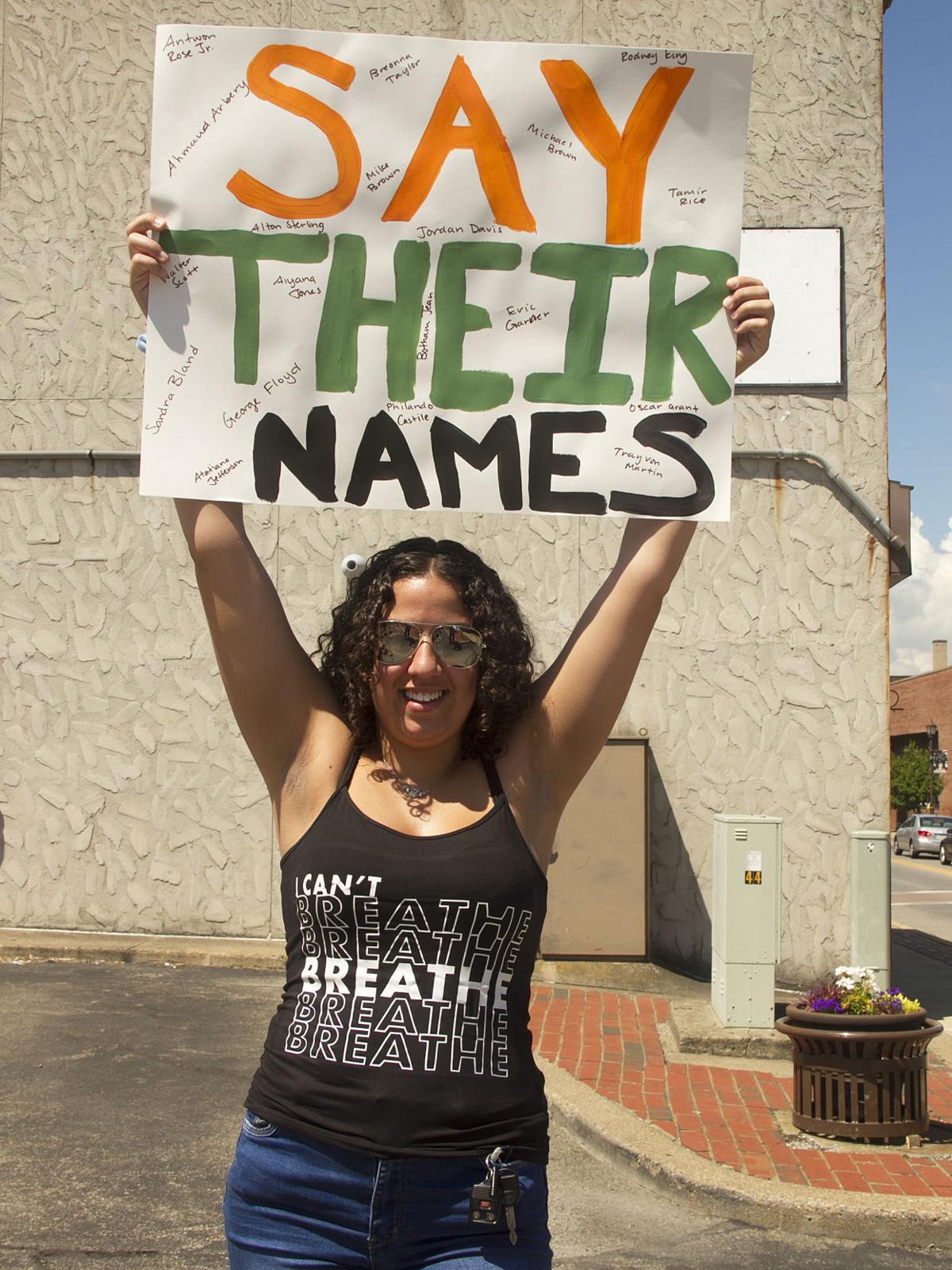 Dara Thomas is one of the organizers of the peaceful protest in Canonsburg. 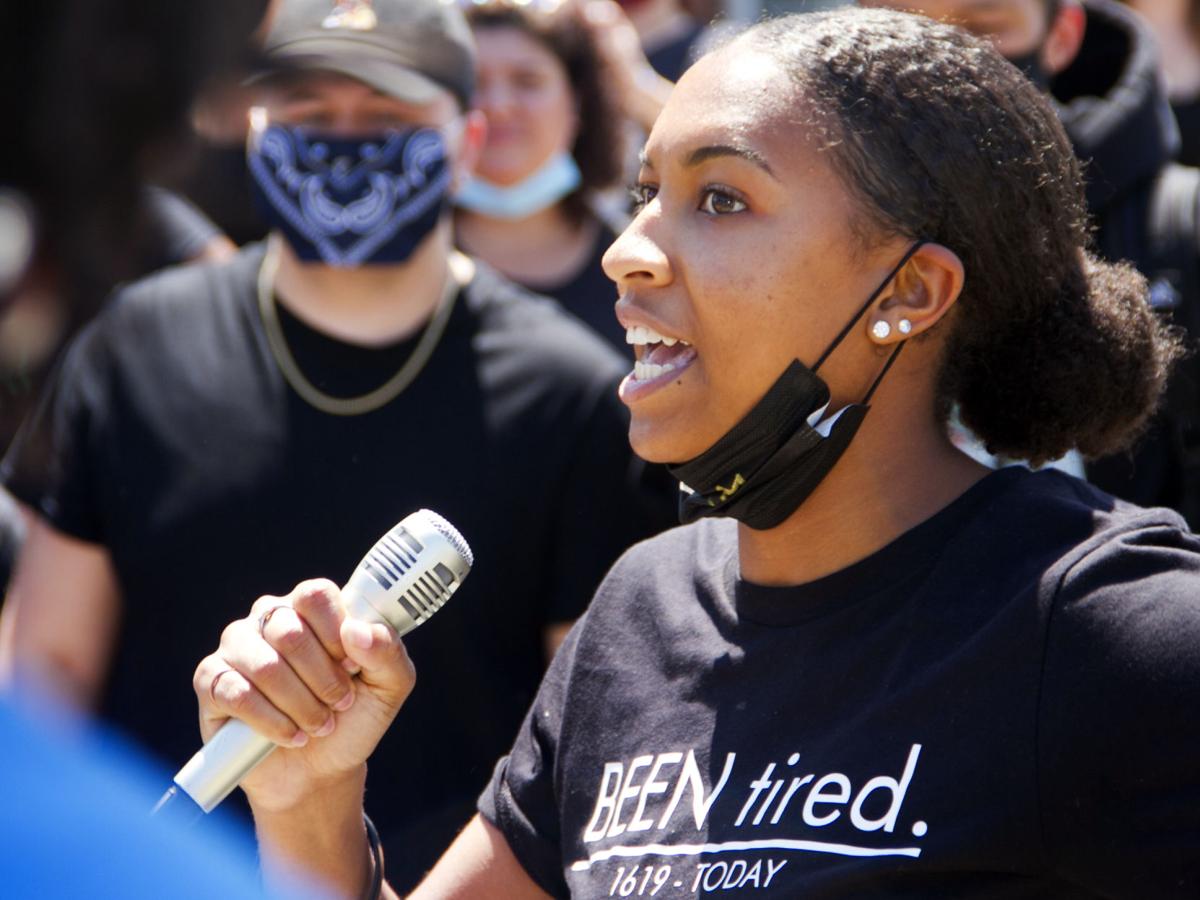 Kierra King speaks about the significance of Juneteenth. 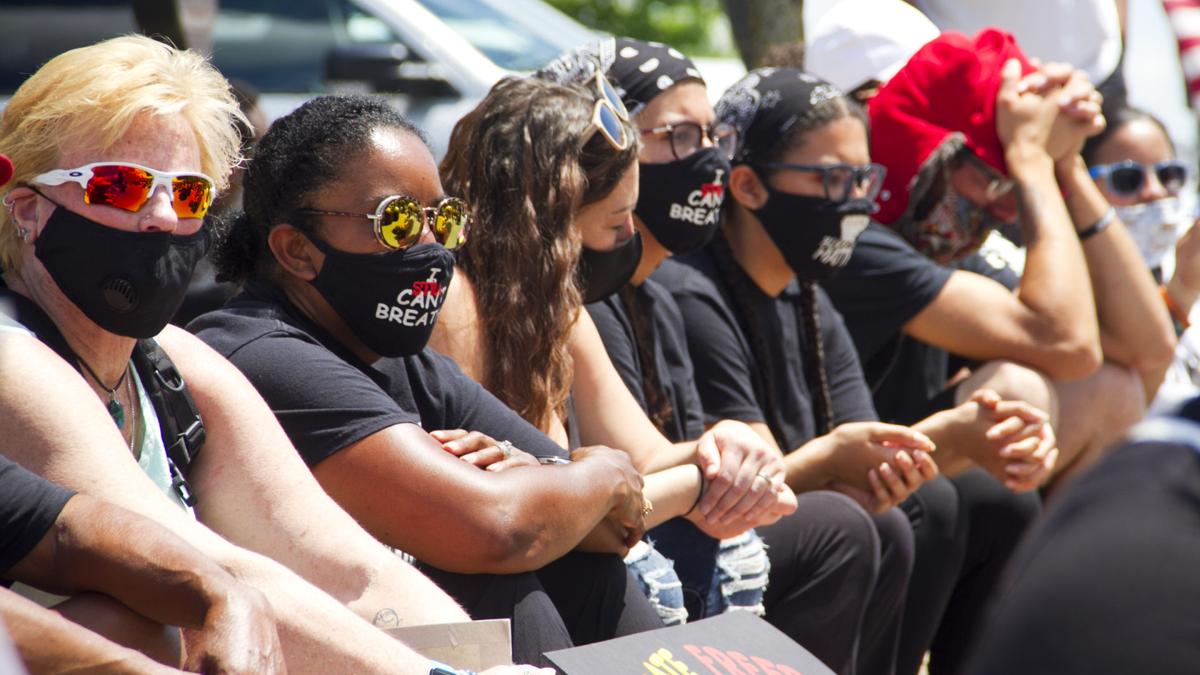 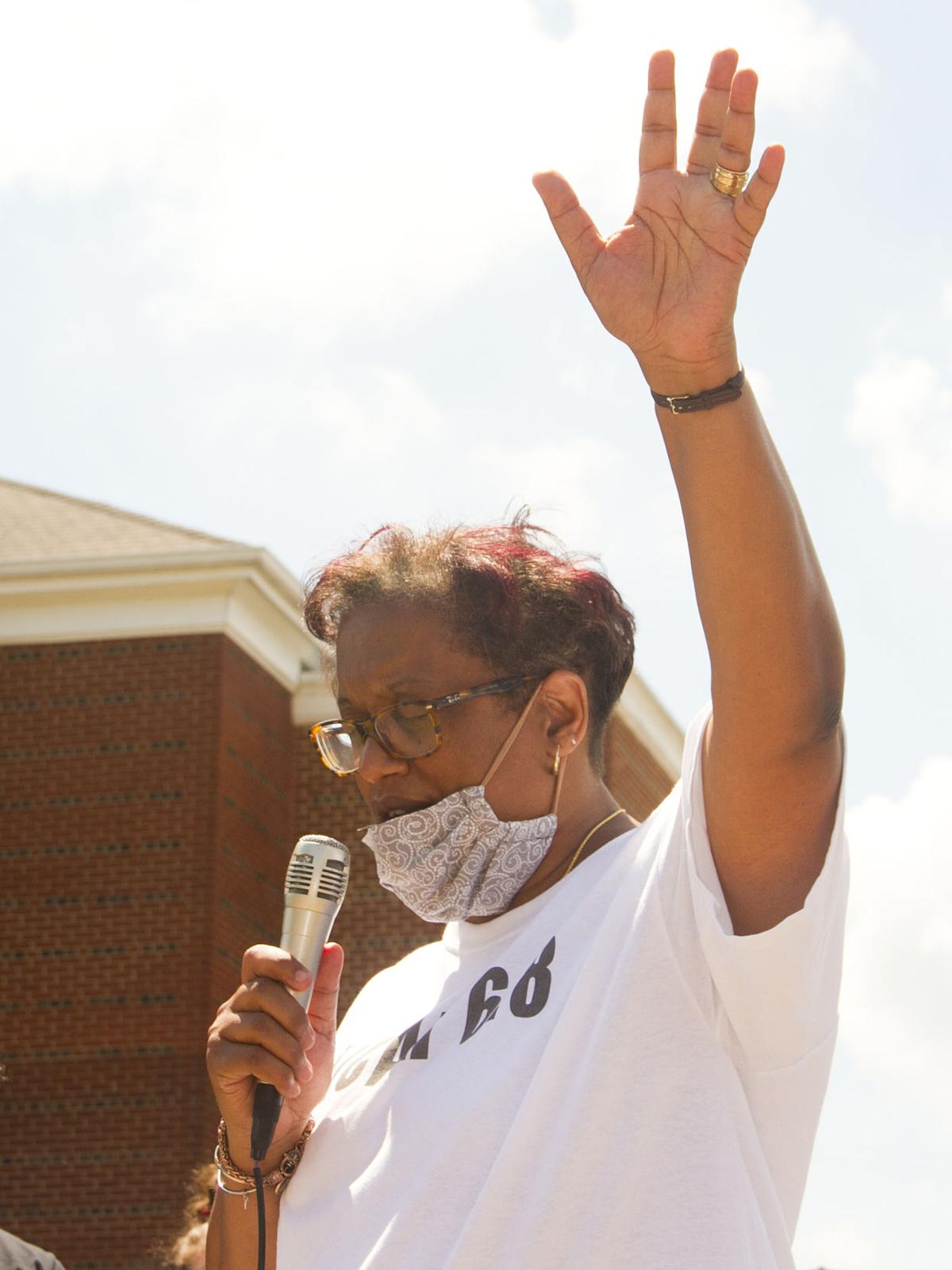 The Rev. Anita Lovell of Mt. Olive Baptist Church in Canonsburg leads a prayer before the march. 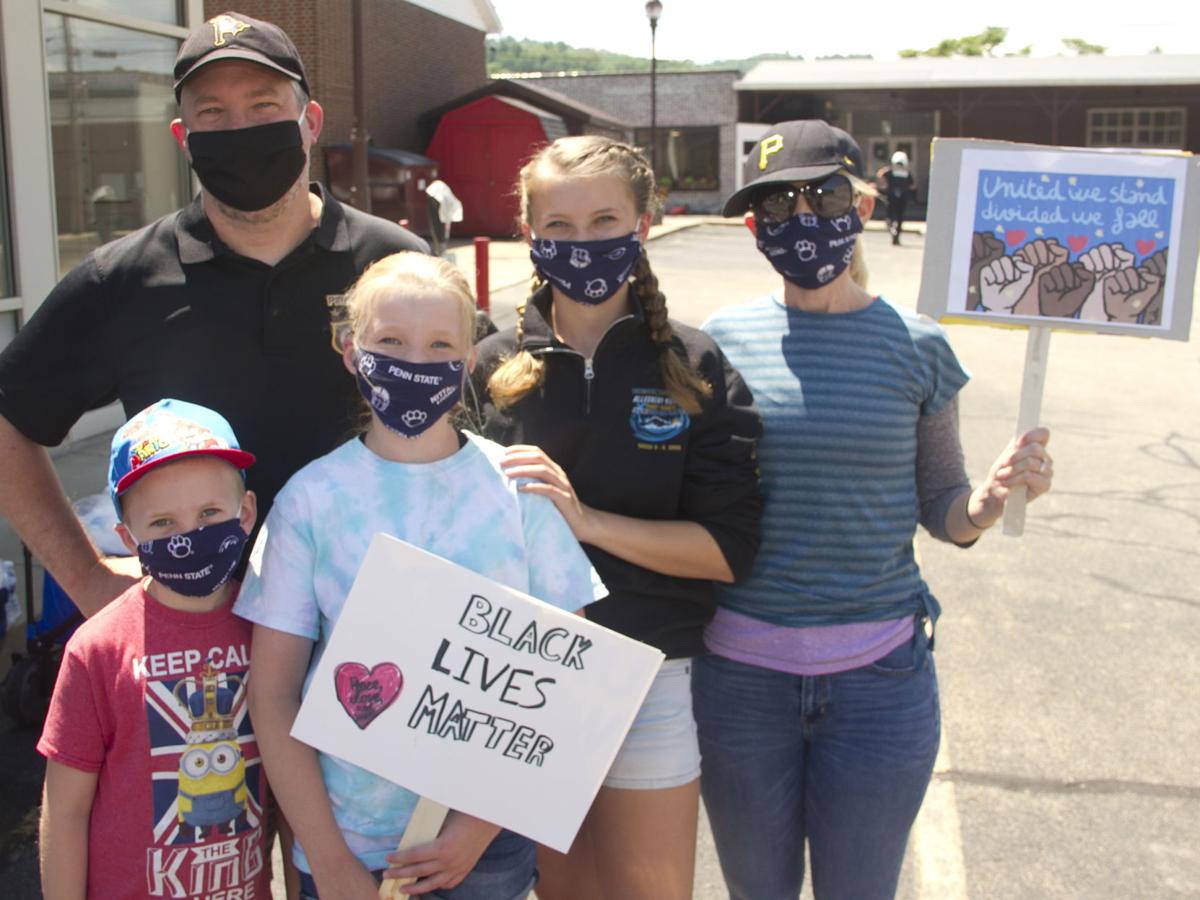 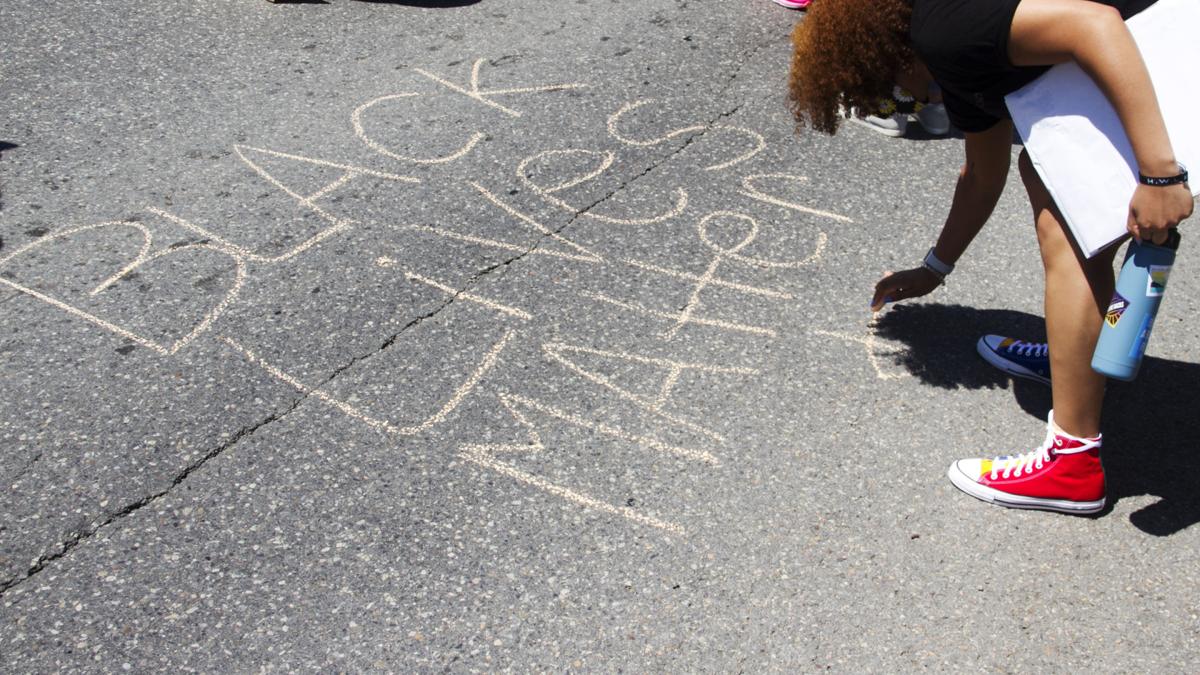 A participant in the event chalks a message on East Pike Street in Canonsburg Saturday. 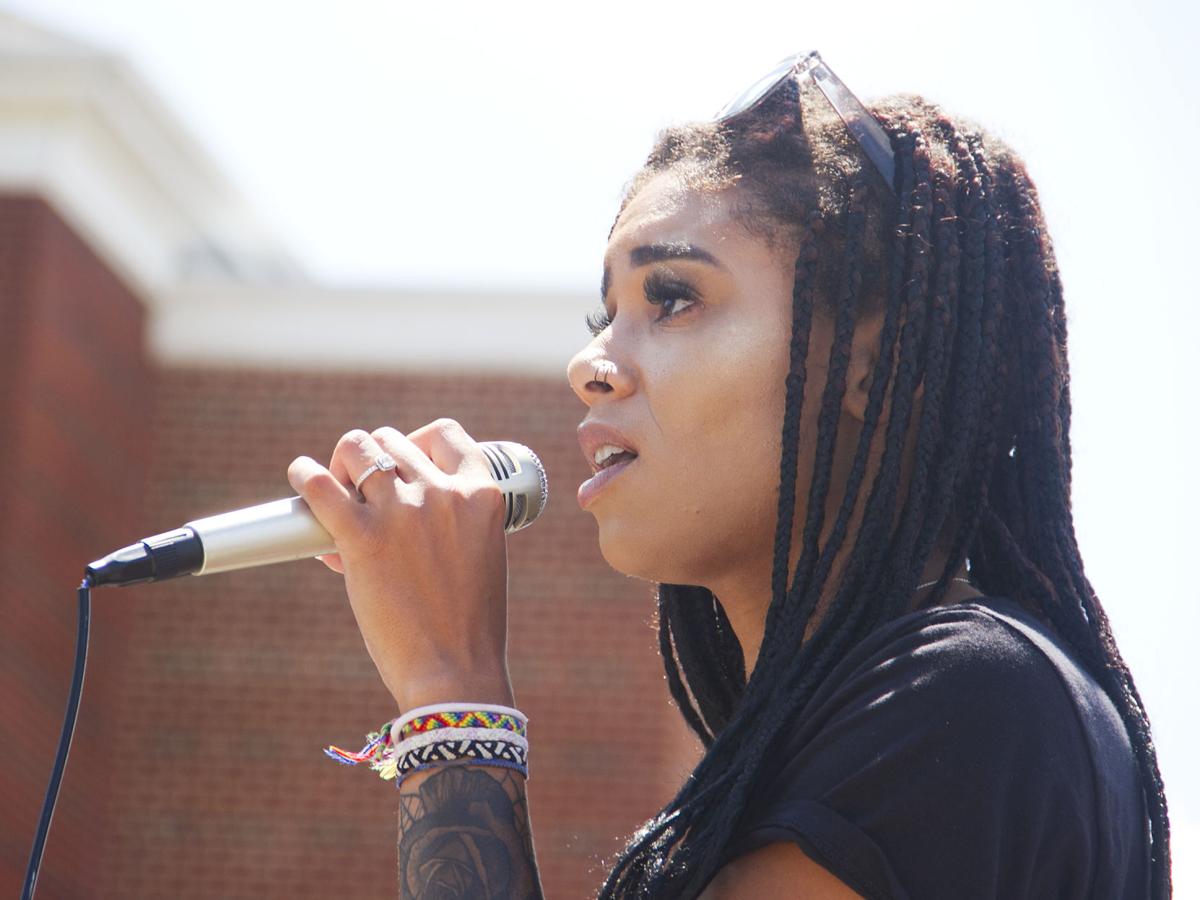 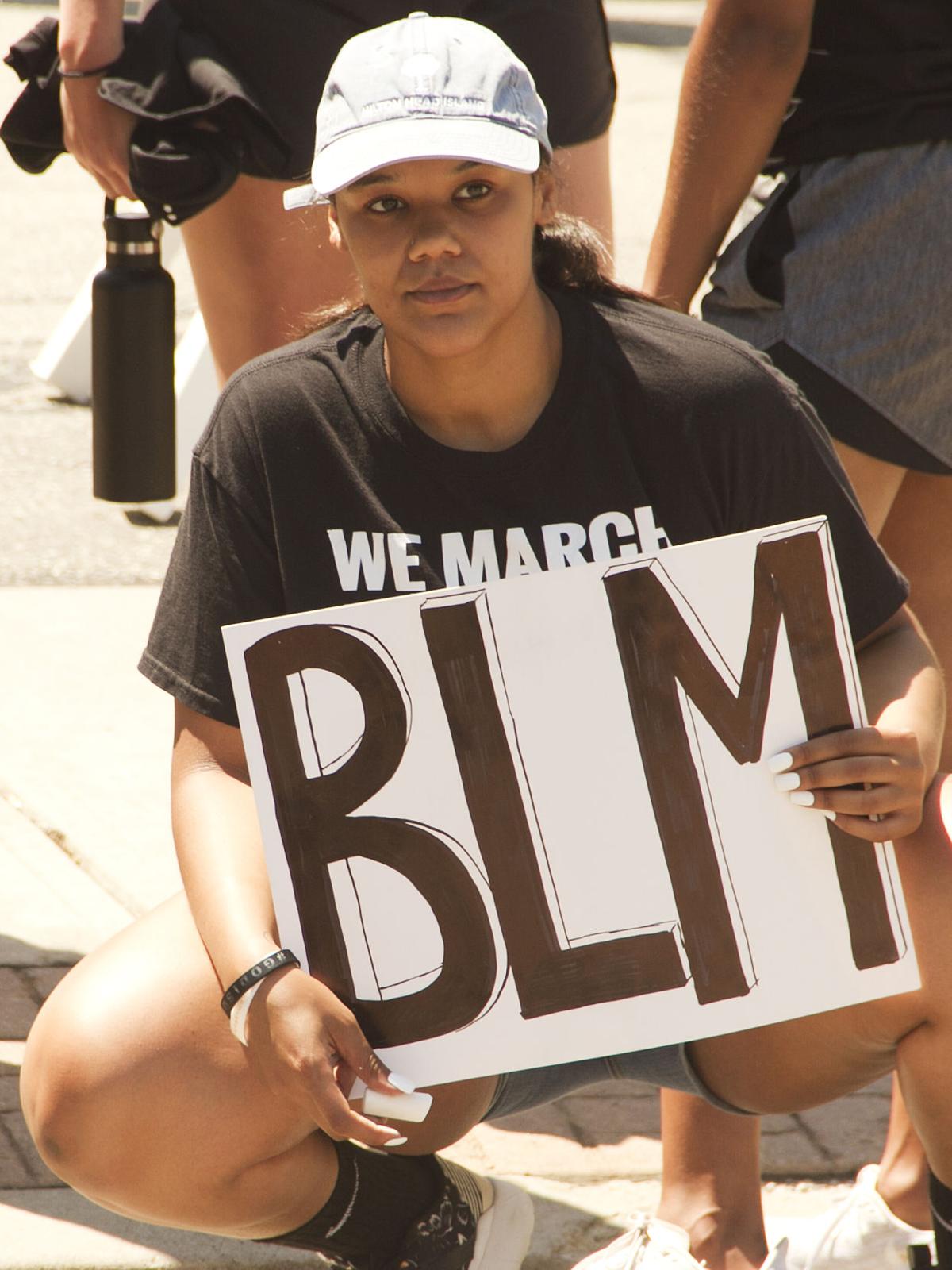 Jessica Lovell holds a sign for the event Saturday. 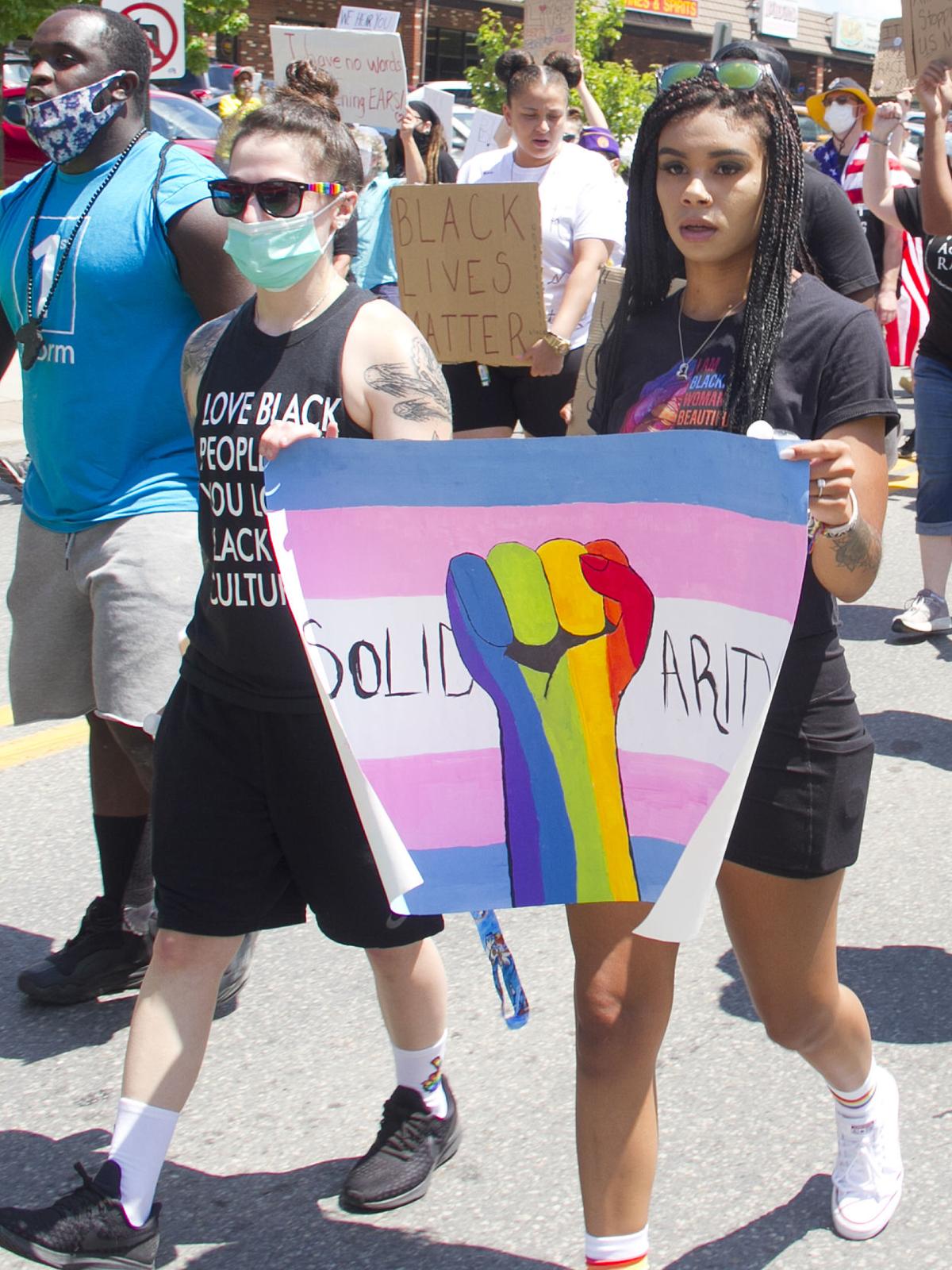 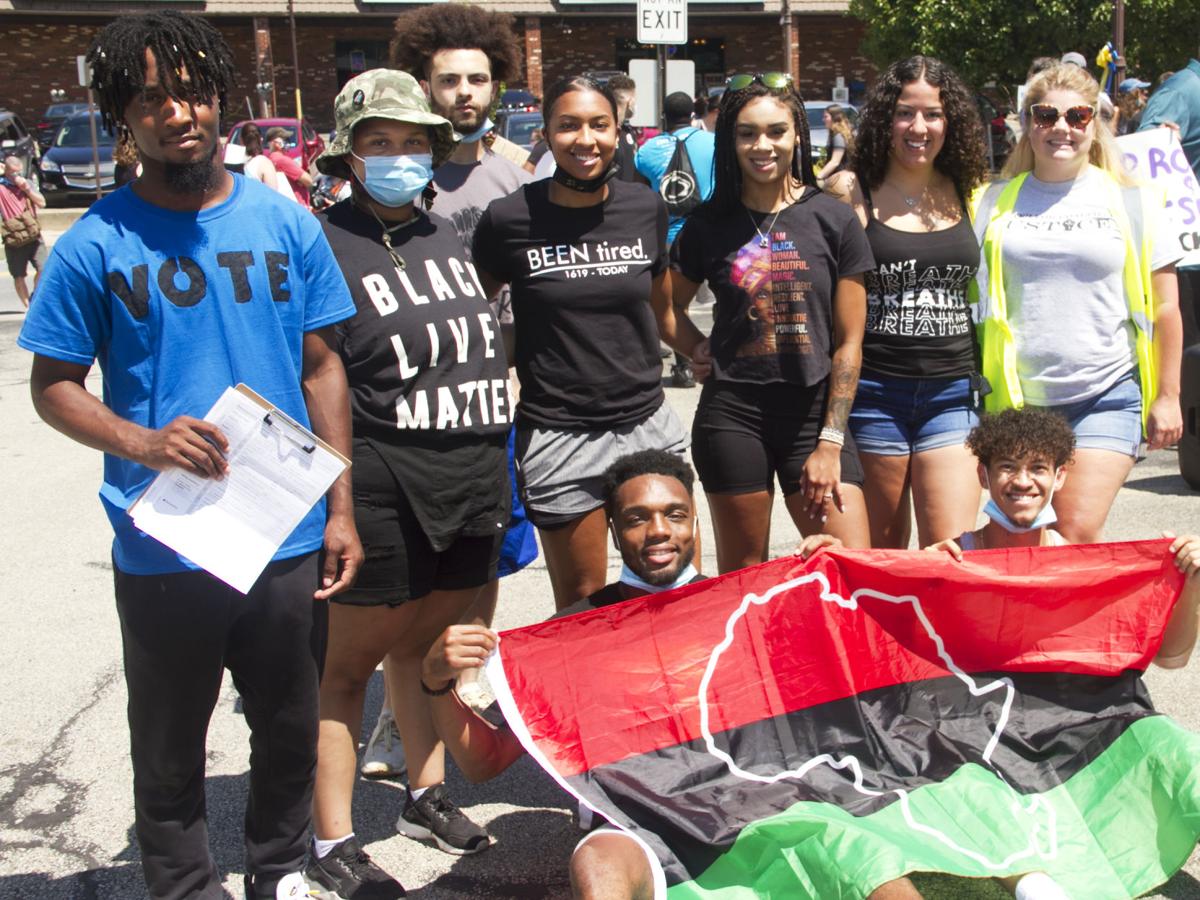 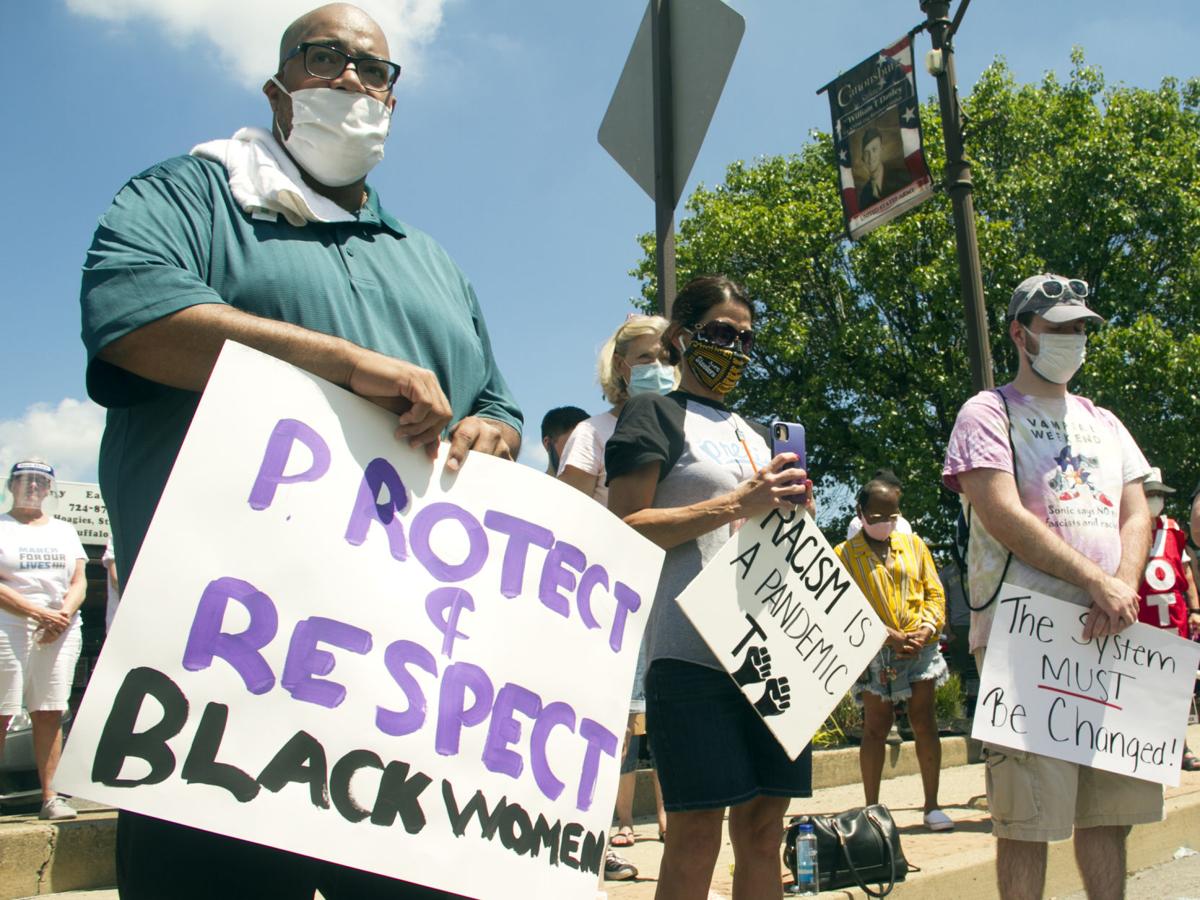 Participants display their signs prior to the march. 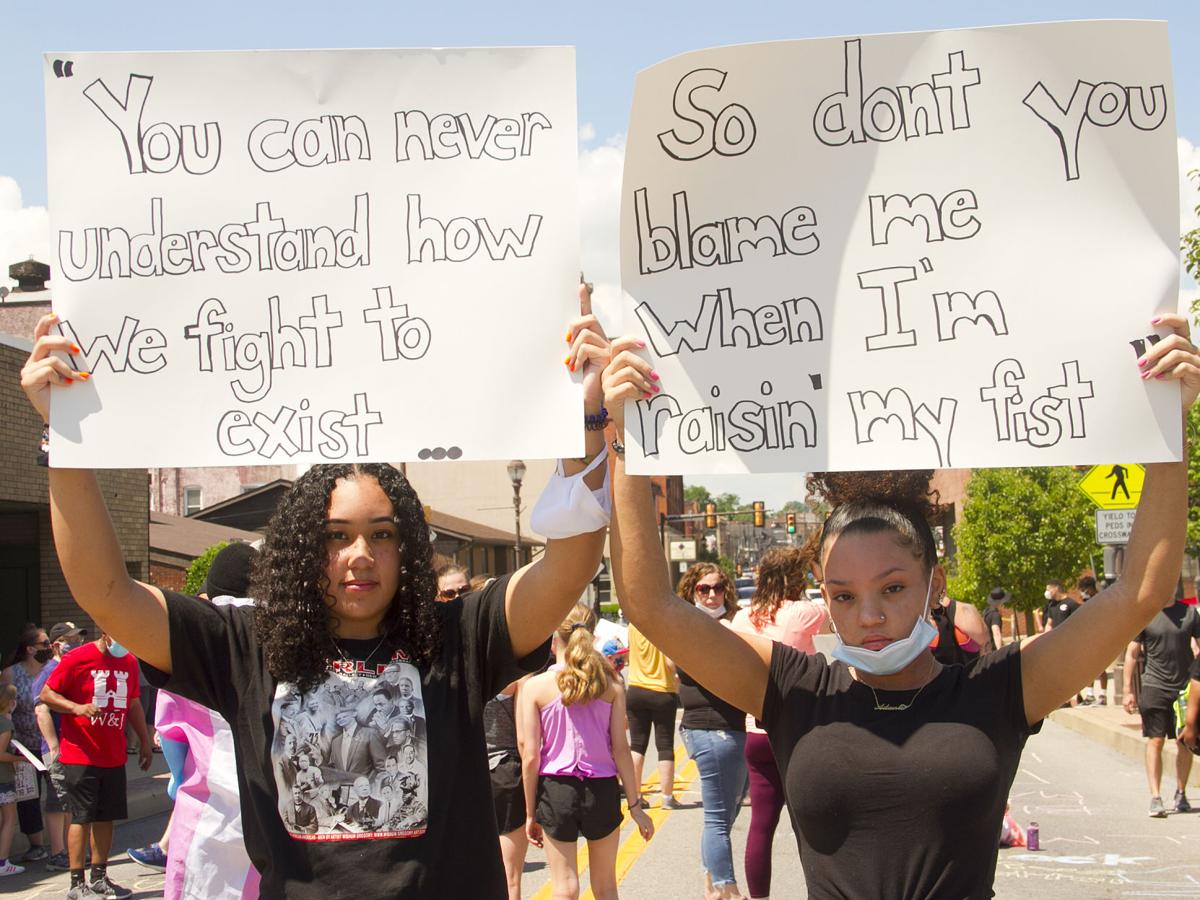 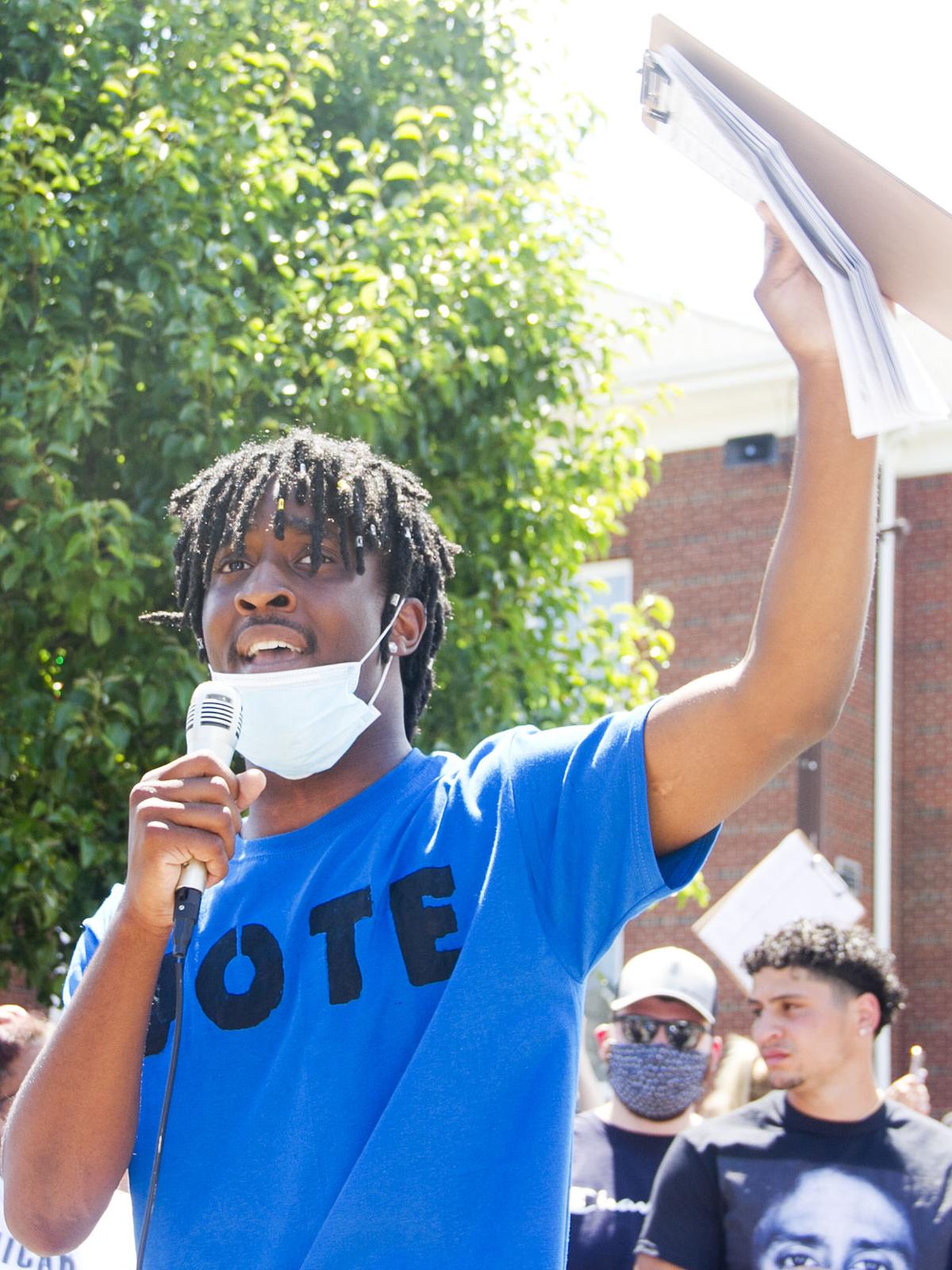 The Rev. Anita Lovell of Mt. Olive Baptist Church in Canonsburg leads a prayer before the march.

A participant in the event chalks a message on East Pike Street in Canonsburg Saturday.

Jessica Lovell holds a sign for the event Saturday.

Participants display their signs prior to the march.

CANONSBURG – Part of protesting peacefully is hitting certain entities where it especially hurts.

“I’m sure you guys have seen companies on social media bashing our movement, not seeing the value in our lives, not seeing the point of why we’re out here. That’s disrespectful,” Faith McClendon told the hundreds of participants gathered early Saturday afternoon in front of the Canonsburg Municipal Building.

“And to be honest, we shouldn’t be giving them our money,” she continued. “If they’re not going to respect us, why should we give them our money?”

McClendon, who is studying criminal justice and computer forensics at Robert Morris University, was one of the organizers of a peaceful protest and march conducted as demonstrations continue in response to George Floyd’s death in police custody on Memorial Day.

She spoke during a pre-march rally, during which participants sat and observed eight minutes, 46 seconds of silence, symbolic of the amount of time that a Minneapolis police officer had his knee on Floyd’s neck prior to his death.

Another organizer, Clark Atlanta University senior Kierra King, explained before the period of silence that its purpose was “to really think about what’s going on in this world. Maybe put yourself in somebody else’s shoes and just think, what if it were you?”

Also, she explained the significance of Juneteenth, which commemorates the arrival of federal troops in Galveston, Texas, with long-overdue news of the Emancipation Proclamation.

“A lot of us learned in school that it freed the slaves, but it didn’t free all the slaves. They were still gathering slaves in Texas. There were still slaves in Texas. And it wasn’t until 1865 – actually June 19, 1865 – that slaves were free,” King said about the entirety of the United States. “So that is why we celebrate Juneteenth. It is our Independence Day.”

Other features of the rally included the Rev. Anita Lovell, pastor of Mt. Olive Baptist Church in Canonsburg, leading the crowd in prayer, and Canon-McMillan High School student Brianna King singing “Lift Every Voice and Sing.” Often referred to as the Black national anthem, the song was composed as a poem by James Weldon Johnson and set to music by his brother J. Rosamond Johnson in the early 20th century.

Organizer Zhiere Patmon made sure to inform everyone present on Saturday that if they weren’t registered to vote yet, they had an opportunity to do so at a table set up for the purpose.

The march took place as the temperature climbed into the low 80s, and the organizers provided plenty of ice water and snacks for those who joined the march, which proceeded along East Pike Street, North Jefferson Avenue, Arch Street, and North Central Avenue. A business along the route, Old Soul Tattoos, also had water and snacks available for marchers, plus the use of a restroom.

Participants in the peaceful protest also were offered masks for protection against COVID-19 and signs to carry during the march. Members of the Canonsburg Police Department helped ensure safety, as did trained marshals who walked with the protesters.