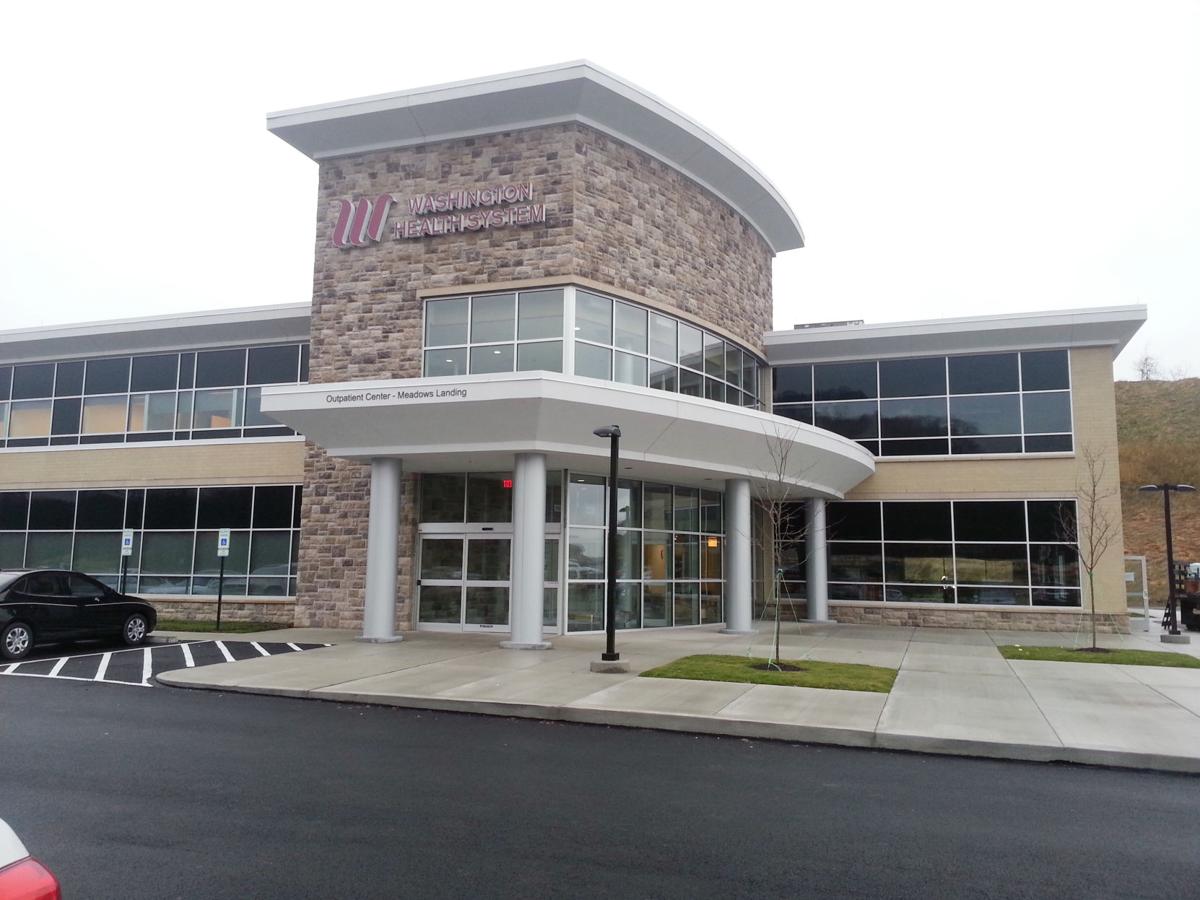 The Tri-State Surgery Center in South Strabane Township is still providing urgent surgeries after most elective procedures were postponed or canceled at local hospitals. 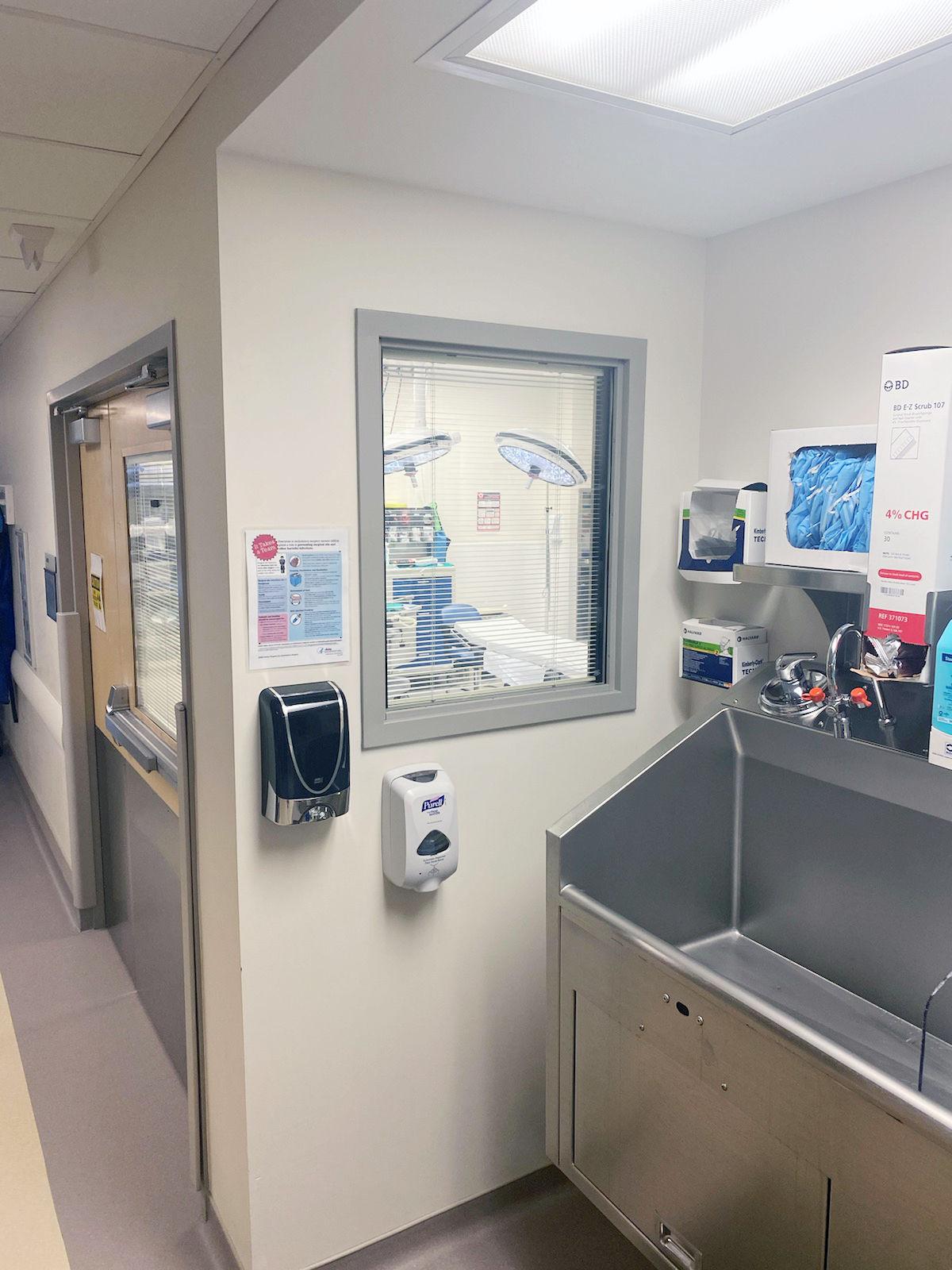 An outpatient surgical and procedure room at the Tri-State Surgery Center in South Strabane.

The Tri-State Surgery Center in South Strabane Township is still providing urgent surgeries after most elective procedures were postponed or canceled at local hospitals.

An outpatient surgical and procedure room at the Tri-State Surgery Center in South Strabane.

For Kristy Andrews, the suspension of elective surgeries amid the COVID-19 outbreak is a literal pain in her neck.

Andrews, 41, of Bentleyville, has a herniated disc in her neck, for which she was supposed to have surgery this past Friday at Jefferson Hospital. She got the call March 16 that the operation would be postponed at least four weeks due to the pandemic.

“I am worried,” Andrews said. “I’m scared, and I’m tired of feeling like this.”

Back in November, Andrews thought she pulled a muscle, but after she got X-rays and an MRI, doctors told her she would need surgery, she said. It’s caused headaches and pain in her shoulder blade.

“Pretty much anything that I do, I feel that pain in my shoulder,” she said. “I can’t drive distances without being in pain. Sometimes I can’t lay on my right side.”

Andrews said that while she understands the necessity of postponing the operation, she’s worried she’ll have to wait months to get it done.

“I’m hoping to get it done next month because I don’t really want to push it back any further than it has to,” she said.

On March 18, Secretary of Health Dr. Rachel Levine encouraged the postponement or cancelation of elective surgeries in hospitals across the state.

Dr. Gennady Geskin, vascular interventionist with Jefferson Cardiology Association and Greater Pittsburgh Vascular Associates, defined elective surgeries as procedures that can be scheduled. He said because so many operations fall under “elective,” physicians should make postponement determinations on a case-by-case basis.

For example, he said some wound-related surgeries can’t be “pushed out three months because the wound is going to progress and you will have irreversible changes.”

Geskin said the determination is “patient-driven,” depending on their condition and pain tolerance.

“The other side of the coin is that some will get worse, and the fear is that what is considered elective now could be an urgent surgery two weeks later,” he said. “It’s so individual, I think every physician has to exercise discernment.”

Dr. Thomas Corkery, chief medical officer at Canonsburg Hospital, also said some procedures, such as colonoscopy screenings or even bariatric surgeries, could be postponed. However, things like cancer treatments or a breast biopsy may not be able to be postponed. He said even some cancers are slow to progress while others are not.

“If someone is recently diagnosed with ovarian, uterine or breast cancer,” he said, “that’s not something you can put off. It’s hard to get a handle on it, because there are so many specific situations.”

He said that while it’s ultimately up to the discretion of the physician, a good “rule of thumb would be is waiting two months going to change your outcome, put you at risk for discomfort or a huge disability, or will it affect your quality of life.”

Dr. Howard Goldberg, with Washington Health Systems, said one of the main reasons for postponing elective surgeries, especially at hospitals, is to conserve the shortening supply of protective equipment for nurses, physicians and hospital staff.

“This has been a problem not only in Western Pennsylvania, but across the country and around the world,” he said. “The health system as a whole has been very vigilant in monitoring their supplies.”

These precautions aren’t necessarily because of what’s going on today, Goldberg said, but “what’s going to go on in two or three weeks.”

“This really does rapidly evolve and change on a day-to-day basis,” he said.

With WHS hospitals also postponing elective surgeries to help flatten the curve on the spread of COVID-19, Goldberg said, hospital staff plans to move some surgical operations that can’t be postponed to the Tri-State Surgery Center in South Strabane Township.

“The goal is to really keep people out of the main hospital, mainly for their safety … to ensure the least amount of potential exposure to those patients,” he said. “The hospitals are shut down to anything but the most urgent cases right now.”

Goldberg said WHS has also been developing a plan to convert the surgery center into an intensive care unit, “if that bed capacity is necessary,” during the pandemic.

“We are ready to do that in the drop of a hat if we need more beds or ventilators,” he said.

He said the surgery center is about 20,000 square feet with four operating rooms, three treatment rooms, a holding area with about eight beds and a recovery room with about 15 beds. He said should this area get a surge of COVID-19 patients, that facility “has the space and a lot of the equipment to relieve some of the pressure on the main hospital.

“WHS as a whole has been putting in a lot of time and effort into preparing to care for the community,” he said. “It is certainly a time that is very uncertain. Our focus 100% of the time is on caring for the community and making sure we have the staff and equipment to do that.”

Corkery also said that should there be a local spike in cases, AHN would be able to use outpatient facilities as part of a contingency plan.

“It’s really hard to forecast right now,” he said. “We have that as part of our crisis management, if we get there. If we do, we’ll be ready.”

Kelly Ankrom, executive director of the Tri-State Surgery Center, said the facility still offers “a safe alternative” for patients with urgent surgeries, who can’t or shouldn’t go to the hospital.

“COVID-19 didn’t send a message to breast cancer, colon cancer, bladder cancer, infections, fractures, etc. to wait until this is over,” Ankrom said in a message. “In some instances, we still need to act now and act quickly.”

Geskin said outpatient surgery facilities or places like the surgery center compared to hospitals are “two different animals” when it comes to elective surgery. He said postponing the surgery at the hospital reduces risk of exposure to COVID-19 for that patient and also preserves hospital equipment.

“Physicians aren’t dumb,” he said. “They’re not going to subject their patients to severe illnesses. To hold off all the elective procedures in the hospitals is good because that’s where all the sick people are going. The outpatient offices are a bit different.”

Geskin is concerned that with all these surgeries being postponed, there’s a possibility another spike of the virus will occur once elective procedures resume and there’s a “flood of patients” in the facilities.

“Coronavirus is not going away,” he said. “I’m not advocating that you should allow all the elective procedures. I don’t think there’s a straight answer for any of this.”

Goldberg said something like a knee replacement could be postponed, as it’s likely “there would not be any major change in the patient’s condition” if it were postponed for a few weeks.

Joe Curnarski’s knee replacement surgery was scheduled for tomorrow at Advanced Orthopedics and Rehabilitation in North Franklin Township. He got the cancellation call March 20.

“I kind of saw the writing on the wall,” he said.

Curnarski, 64, of North Strabane, is a retired police officer who now drives school buses for Canon-McMillan. He used to jog often up until four years ago, when he started having knee pain and complications. He still walks and rides a bicycle frequently, but he needs the surgery to alleviate the pain he has after driving the buses.

“Hopefully even with this delay, I’ll be able to reschedule, and in the summertime be able to recover so I won’t miss driving school buses,” he said. “In the greater scheme of things, I have it pretty good. You can’t sit around feeling sorry for yourself.”