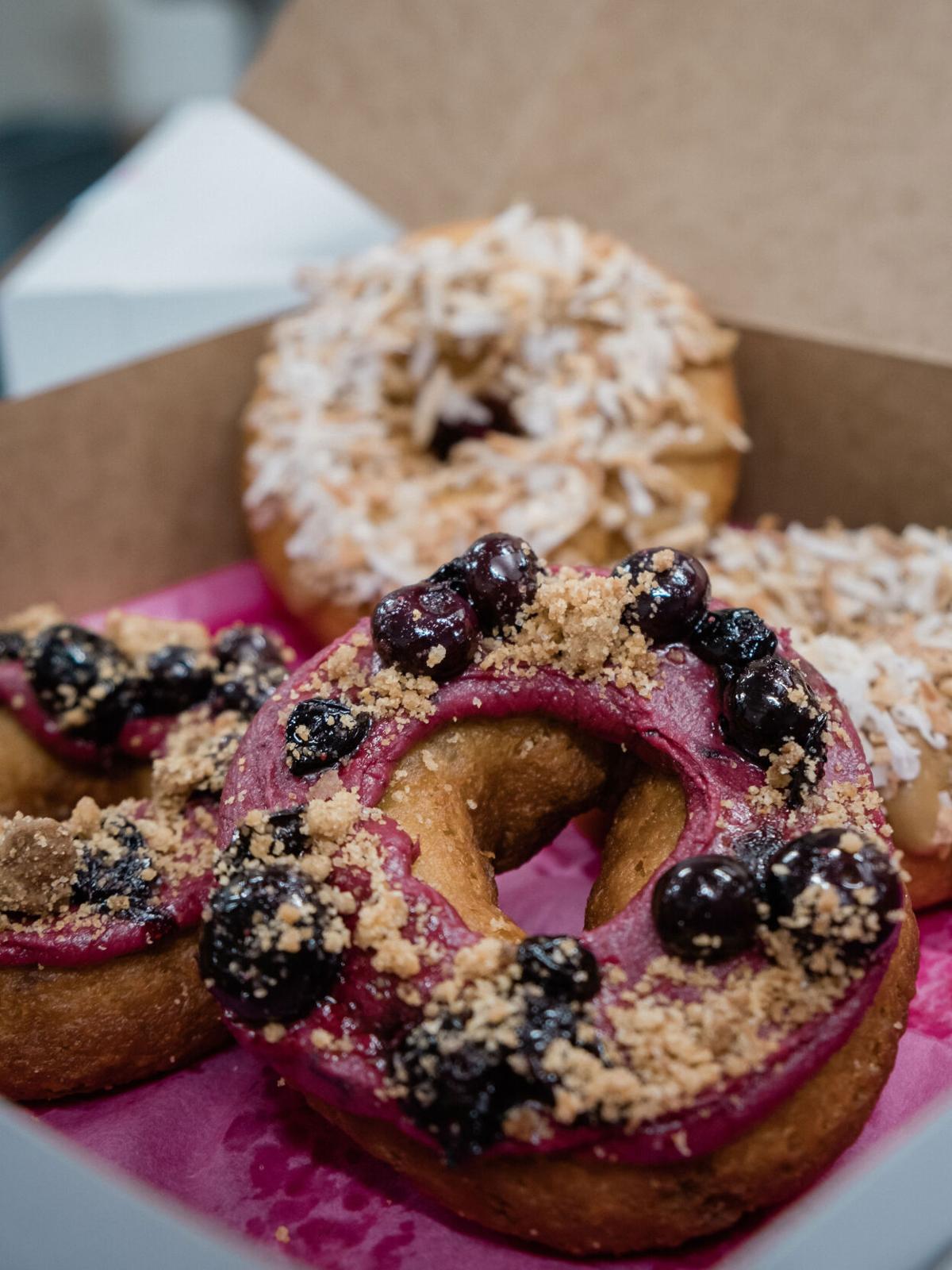 Some gluten-free baked goods made by Selina Progar. 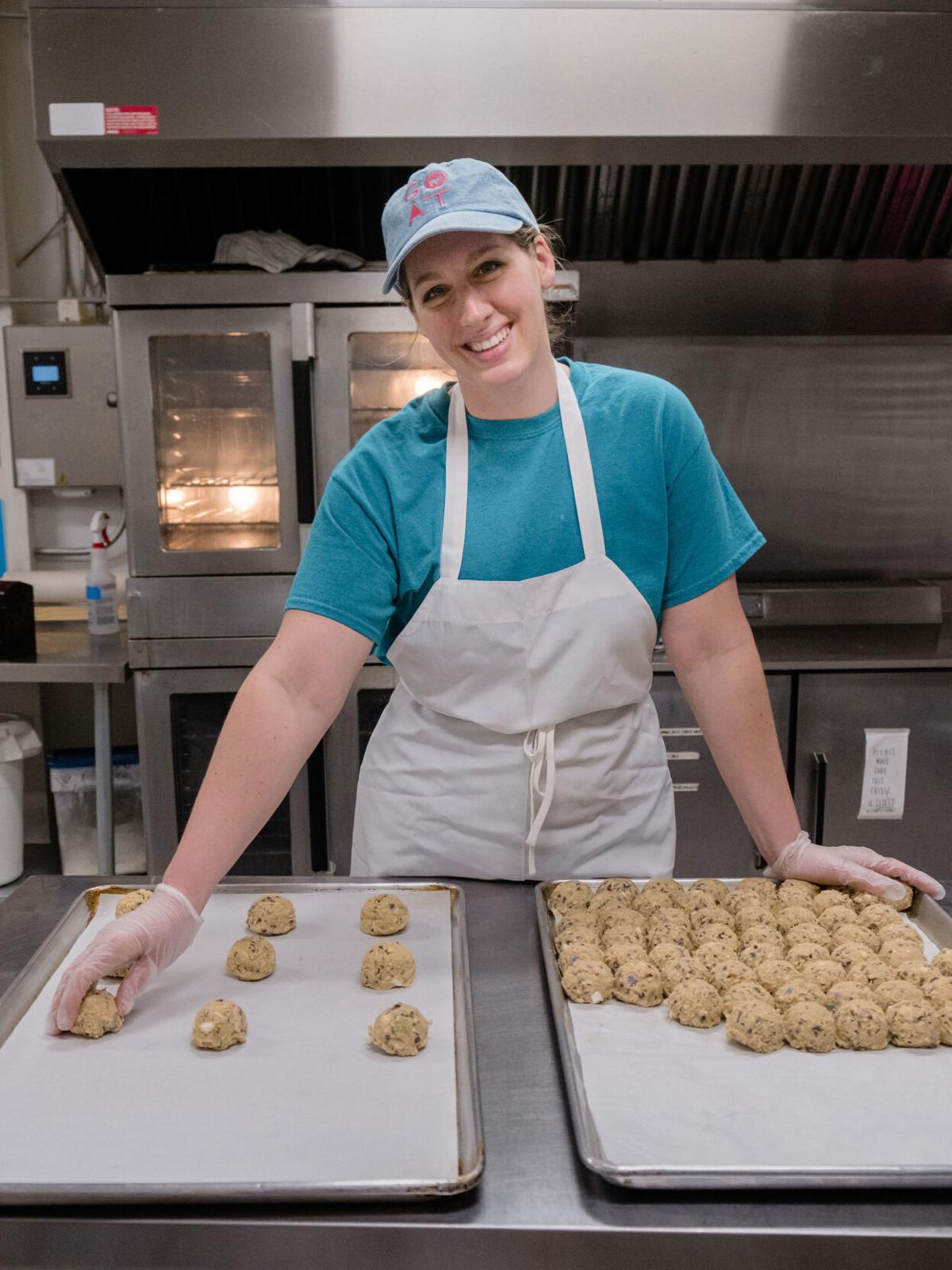 Selina Progar finds satisfaction in providing customers with delectable desserts that are gluten-free. 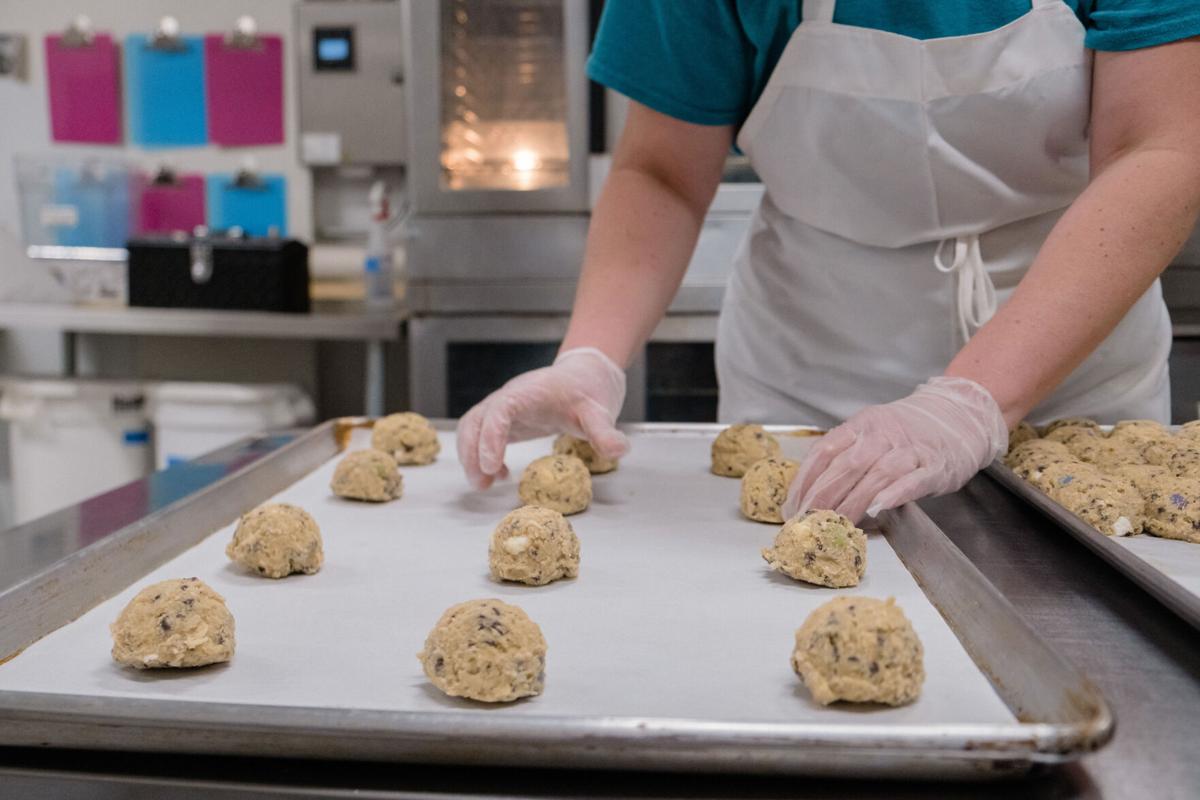 Selina Progar arranges desserts on a baking sheet before placing them in the oven to be baked. 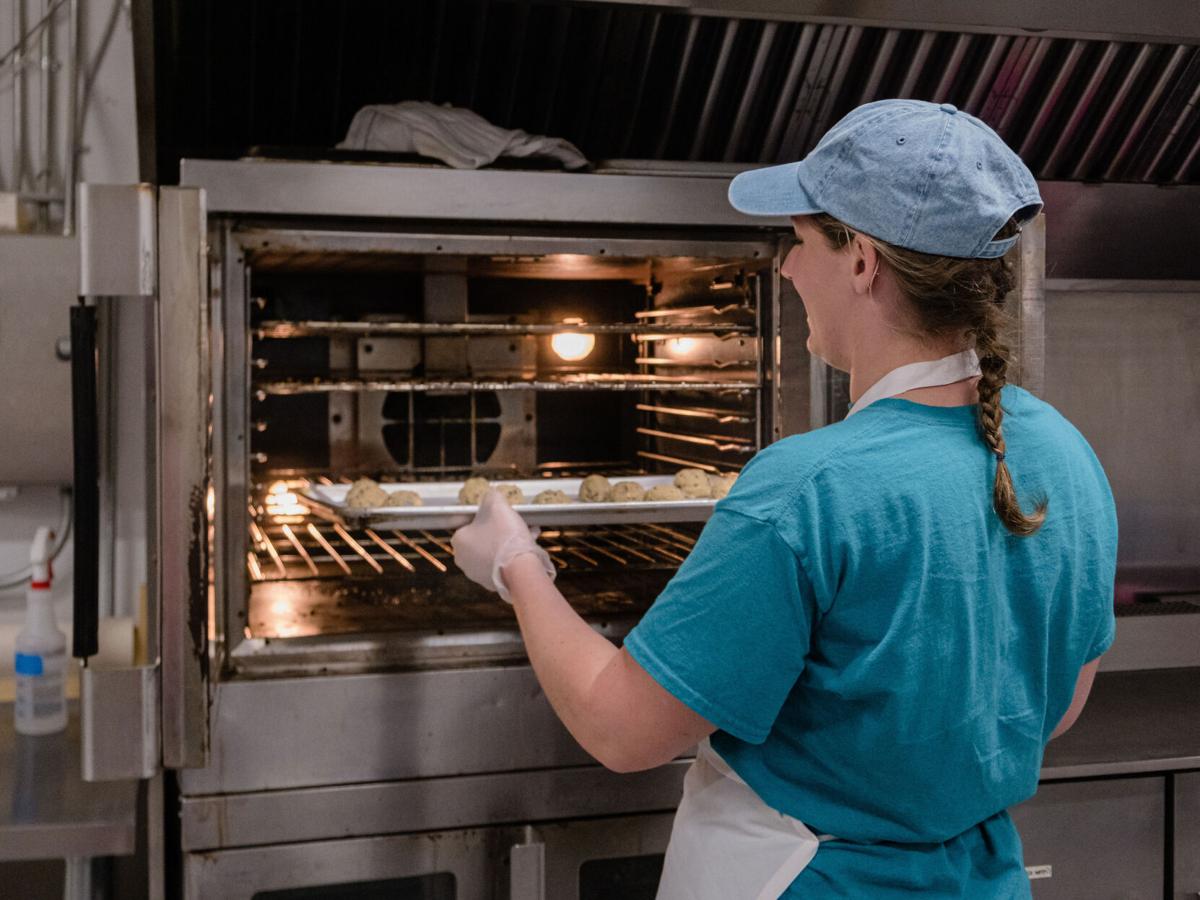 Selina Progar places some of her gluten-free baked goods into an oven.

Some gluten-free baked goods made by Selina Progar.

Selina Progar finds satisfaction in providing customers with delectable desserts that are gluten-free.

Selina Progar arranges desserts on a baking sheet before placing them in the oven to be baked.

Selina Progar places some of her gluten-free baked goods into an oven.

Over the past decade, Selina Progar has established herself among the country’s top pastry chefs.

But Progar, a graduate of Canon-McMillan High School and The Culinary Institute of America in Hyde Park, N.Y., decided she wanted a new challenge.

And she found it, in the gluten-free kitchen of Gluten Free Goat Bakery in Pittsburgh.

Everything that Progar bakes – pastries, cakes, breads – is gluten-free.

“I think it’s important that you’re constantly learning, exploring and growing, and I felt that, over the past eight years in fine dining, I learned about as much as I could,” said Progar. “I really wanted to dive deeper into another form of baking. I thought this would be a great opportunity to continue to gain knowledge and learn about another form of baking pastries.”

Progar’s mission: to create delicious, healthy baked goods for people with Celiac disease and gluten allergies while winning over customers who are not gluten restricted.

And that is the tricky part, Progar said.

Baking is art, but it’s science, too.

In a loaf of bread, for example, gluten – the wheat protein that triggers an autoimmune reaction in those with celiac – is a critical part of the chemical reaction that turns a blob of flour, water, yeast and salt into a well-formed, chewy, flavorful loaf.

Without gluten and its elastic quality that holds together the ingredients, the bread’s taste and texture can be bland, crumbly, dry, or mushy. The problem is the same with cookies, cakes, pastries and pasta.

“So when you’re baking gluten-free, you have to replicate gluten’s cell structure that binds ingredients together by using other ingredients,” said Progar. “We’ll take basic recipes and make them over and over and over again, using alternatives for binders, until we get it perfect.”

Progar spends hours in the kitchen creating her own blends of ingredients to replace wheat flour. Some of the ingredients she uses are tapioca and arrowroot starches, xantham gum and flours made from brown rice or oat.

“Every aspect of gluten-free baking is totally different from what I’ve done in the past. It’s just like starting from zero,” said Progar. “But I’m putting my drive and passion into creating a product that actually tastes good for people who might not be able to eat something with gluten. I want to make something for them that they want to eat, that they enjoy eating.”

Progar who grew up in a Slovenian and Polish family, has been baking since she was a little girl. She started out making potica, apple strudel and krof before experimenting with cakes, breads and chocolates in high school.

She became drawn to the idea of gluten-free baking during the COVID-19 pandemic.

Progar began baking cakes in March, when restaurants shut down, and was surprised by the number of gluten-free cake requests she received.

About 1% of the population has celiac disease, an autoimmune disease that causes the inability to digest gluten and damages the small intestine. People with celiac have no choice but to avoid gluten in their diet.

“It’’s important to give them options too. They want to eat bread and cookies and pastries, too” said Progar, noting three close friends of hers have gluten intolerance.

But a growing number of people, too, are adopting gluten-free diets for real or perceived health benefits.

When Gluten Free Goat changed hands in February, with plans to re-launch in April, Progar joined the bakery’s team, and got to work developing the new gluten-free and vegan menu.

Customers can place orders online for pickup and limited delivery on Tuesdays and Fridays, and offers wholesale service.

GFG sells their baked goods out of Adda Coffee and Tea House, Mediterra Bakehouse and the Speckled Egg, and plans to partner with local coffee shops, breweries and restaurants.

Goat also has a marketplace where shoppers can purchase coffee, teas, greeting cards, honey, tote bags and other items.

“It’s new and fun and exciting, and there are a lot of talented chefs, and I’m happy to be a part of it. We are a new business that is trying to elevate every aspect of the community. We want to collaborate with local chefs and restaurants to provide a one-of-a-kind culinary experience aimed at meeting our customers’ expectations,” said Progar. “We’re trying to create a healthy environment, not jut by making healthy baked goods, but by spreading joy for our employees, our customers and people in the community.”

Progar is finding satisfaction in providing friends and customers with delectable desserts they hadn’t been able to enjoy, while growing in her profession.

“It’s been a rewarding challenge,” said Progar, “I’m excited to learn this whole new style of baking. And I want someone who doesn’t have a gluten intolerance to taste our product and not be able to tell the difference. I want it to be that good.”