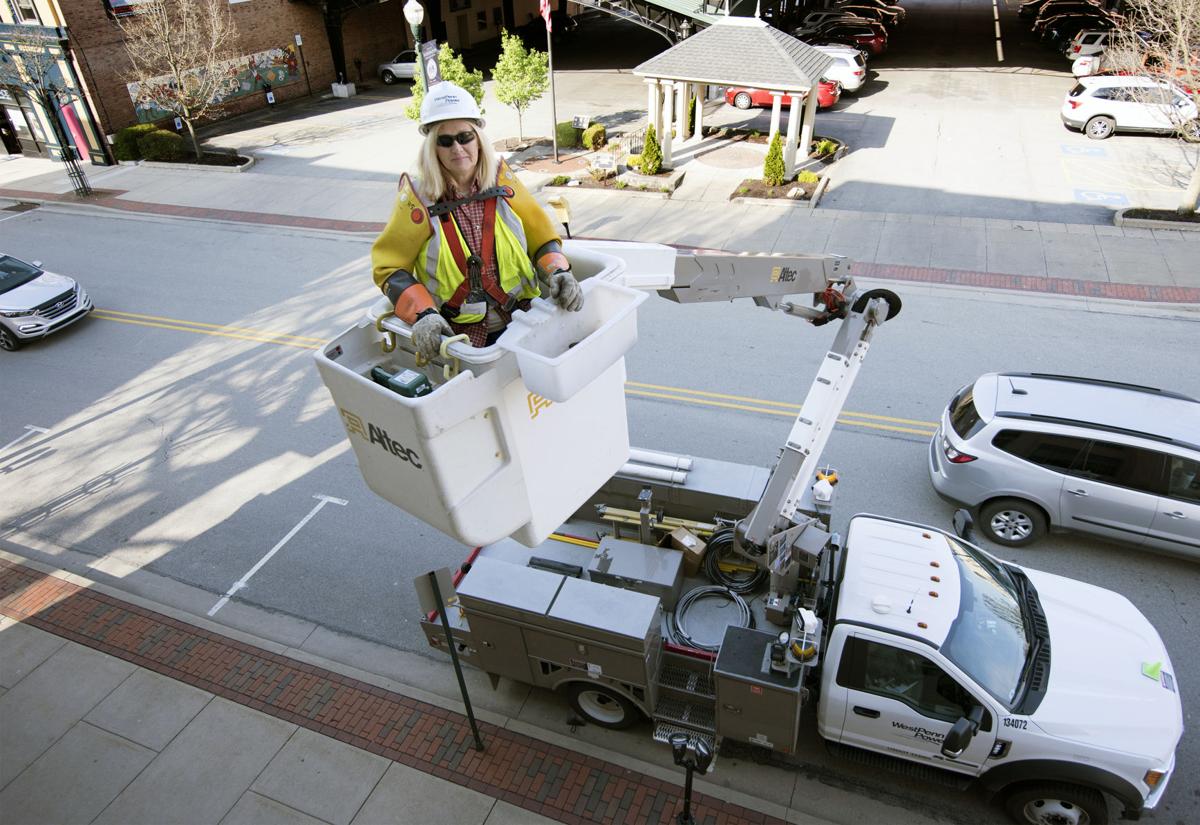 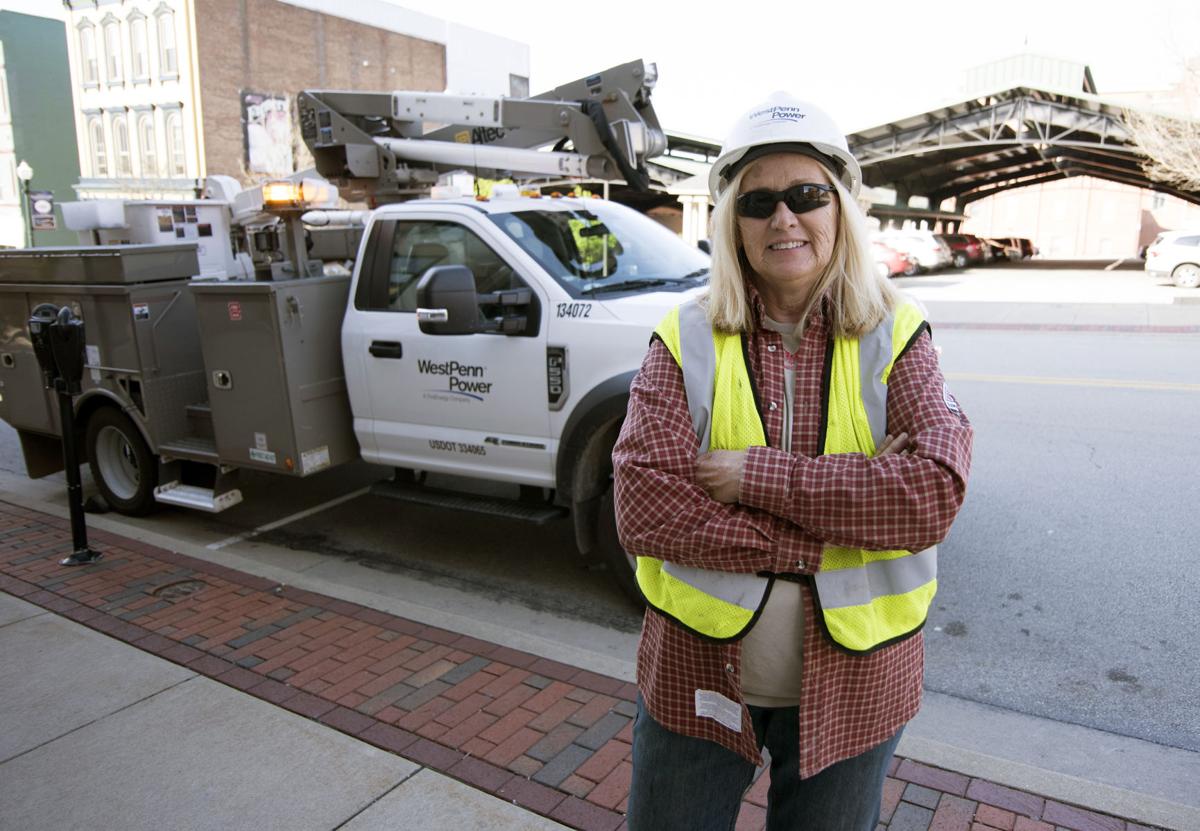 Jolene Cicci, of West Bethlehem Township, is literally one of a kind.

She’s the only female linewoman among hundreds of linemen who work for West Penn Power, and one of about five linewomen who work throughout the parent company, FirstEnergy.

“In my opinion, in part it’s the physical aspect of the job, but also, I think a lot of women just don’t know about it,” Cicci said. “I don’t think I’m the only woman in Pennsylvania that can do this job.”

Line workers are the people seen climbing the utility poles or in bucket trucks after a storm or other emergency. They’re responsible for building, maintaining and restoring electrical service, Cicci said. Today is National Lineman Appreciation Day.

“We’re like a brotherhood. We’re a rare breed,” she said.

“It’s always rated one of the most dangerous jobs in the country. You can’t make mistakes with electricity.”

Cicci, 61, has been a line worker for 28 years. While in her 20s, she saw linemen working outside her house one day and thought “that’s a pretty cool job.”

“My parents always instilled in us that if you wanted to do something, don’t let barriers stand in the way of following your dreams, including gender barriers,” she said.

As a 31-year-old single mother of two young daughters, Cicci began her career as a labor employee 30 years ago at the Hatfield Power Plant in Greene County. She did that for two years, before a lineman position opened up.

“I always wanted to do this, and there were never any openings,” she said. “I figured I’d get in with the company and maybe something would open up.”

In 1991, Cicci began a five-year training progression to become a line worker, collecting numerous certifications along the way. Now, she’s reached the highest level, as a journeyman linewoman.

“With that title, you can go anywhere in the country and work,” she said. “The demand is so high.”

Cicci has worked all over the East Coast, including Vermont, New Hampshire, New Jersey and Florida. She gets sent different places to repair storm damage. During Hurricane Sandy in 2012, she spent nearly a month in New Jersey, working 16-hour shifts.

It’s a very demanding job, and the work-life balance isn’t always there, especially for a woman with two daughters, five grandchildren and a vintage sports car hobby, she said.

“We’re on call 24/7,” she said. “I’ve missed Christmases, Thanksgivings, birthdays, and my daughter’s college graduation. You have to thank your family for making those sacrifices.”

In 2003, she was sent to Richmond, Va., to assist with restoration efforts following Hurricane Isabel. She was the only linewoman there, among 4,000 linemen.

“People would look at me and ask if I was a supervisor or engineer because they couldn’t believe I was a line worker,” she said.

Those questioning looks weren’t new to her, she said. She’s been getting them since 1991.

“When I started, it was a male-dominated profession,” she said. “As a country as a whole, the early ’90s was a transitional time for women in nontraditional jobs.”

Being in the spotlight, she said, pushed her to work harder.

“There was a certain element of people hoping you would fail, so that would push me even more,” she said.

Though it wasn’t considered acceptable behavior by the company at the time, Cicci said some people would tell her she was only hired because of her gender. But the times have changed since then.

“Women will come up to you and say, ‘I’m so proud of you,’ or that you’re a good role model,” Cicci said.

The company now has a diversity and inclusion policy and an initiative to try to recruit a more diverse group of employees.

“They made diversity and inclusion a core value, the same as safety,” she said. “In my career, it’s one of the most exciting things that I’ve seen.”

In the last few years of her career, Cicci said she plans to work to recruit more linewomen for West Penn Power, through the company’s support and networking groups for women and minorities. She said she hopes to instill in others the passion she has for line work.

“My favorite part of the job is when we do our work and your lights come back on,” she said. “To me, that’s the most rewarding part. It’s always been what’s driven me.”