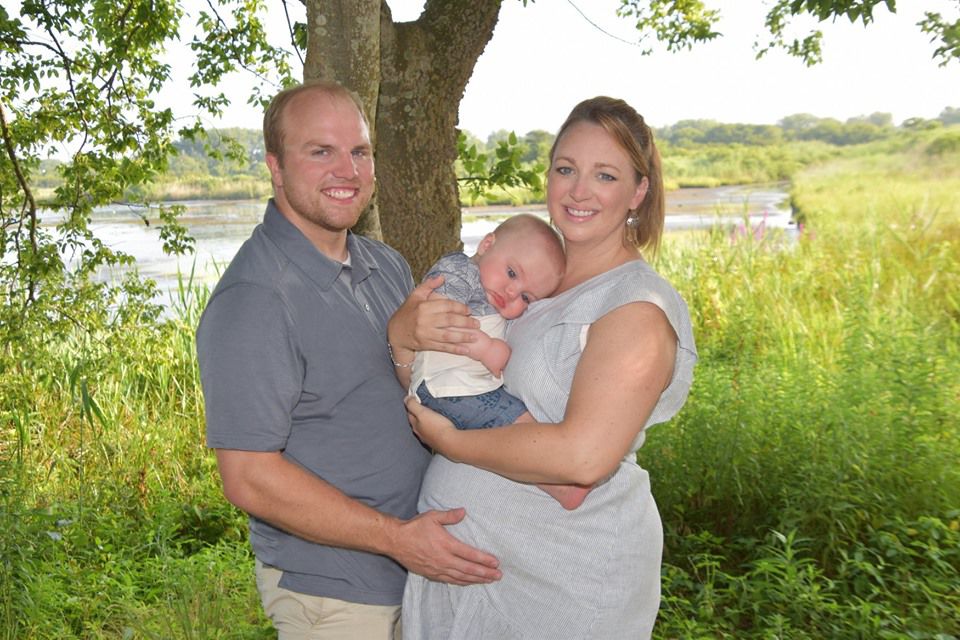 Ben and Megan (Pierson) Dunaway, and their young son, Keegan, escaped uninjured Tuesday morning from a fire that destroyed their house in Wheeling. 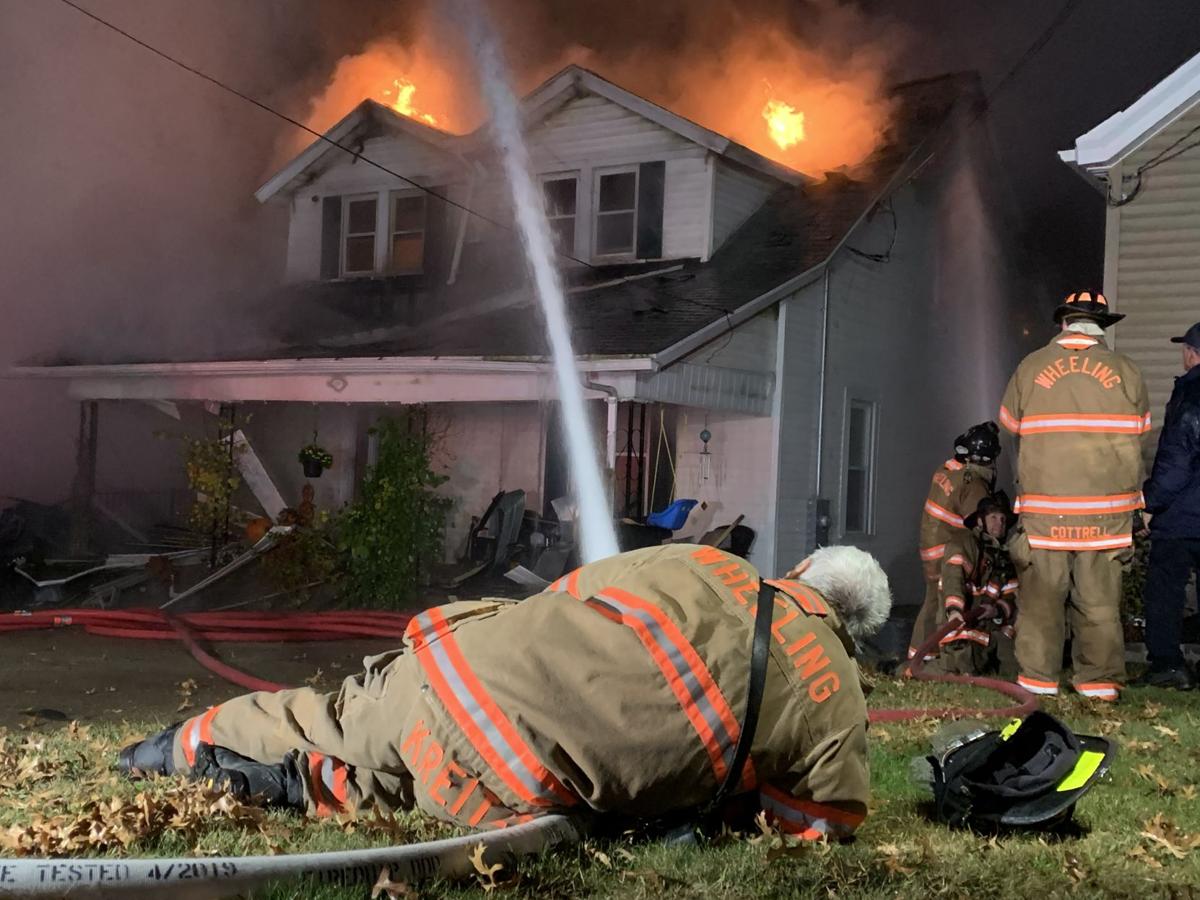 A Wheeling firefighter battles a blaze that destroyed the home of a former North Franklin resident.

A clothing drive will be held Saturday in Amwell Township for a former North Franklin Township woman and her family after their home in Wheeling was destroyed by fire early Tuesday.

Ben and Megan (Pierson) Dunaway, and their young son, Keegan, escaped uninjured after a vacant home next door to theirs in the Mozart section of Wheeling caught fire about 3:15 a.m. The family’s dog also got out of their house unscathed.

However, their house was destroyed and most of their belongings were lost in the blaze. The family is staying with Megan’s parents in North Franklin. Megan, a 2002 graduate of Trinity, is pregnant with the couple’s second child.

A clothing drive will be held for the family from noon to 4 p.m. Saturday at Liberty United Methodist Church at 1330 Banetown Road in Amwell Township. Meanwhile, a fundraiser on the website GoFundMe entitled “Dunaway House Fire – Emergency Fund” had raised nearly $9,000 as of Wednesday afternoon. Information for clothing needs and sizes can be found on the GoFundMe page.

“We are beyond grateful for those who have shown support as we never thought we would be on this side of any devastating event,” Megan told the Observer-Reporter. “Words do not begin to express how thankful we are to the firemen who worked vigorously in their attempts to save our house, and our community of family and friends who have shown so much love and support during this time.”

The fire Tuesday destroyed two houses and damaged a third home, although no injuries were reported.

Wheeling firefighters were called to the scene at South Frazier Avenue and found a vacant house engulfed in flames. Portions of that vacant structure collapsed onto the Dunaways’ house at 12 S. Frazier Ave.

“I saw that baby crib in the window,” said Assistant Fire Chief Tony Campbell, who was the first to arrive at the scene. “I was glad to see the family was already out of the house when I got here.”

He said he believes smoke alarms alerted the family of the fast-moving fire.

A clothing drive will be held for the Dunaway family from noon to 4 p.m. Saturday at Liberty United Methodist Church at 1330 Banetown Road in Amwell Township. Information for clothing needs and sizes, along with options for financial donations, can be found by searching for “Dunaway House Fire – Emergency Fund” at www.GoFundMe.com.

Occupants of the house at 8 S. Frazier Ave. on the other side of the vacant house also were unharmed. That house sustained exterior damage, but was saved.

While a cause of the initial fire remains under investigation, several neighbors said the vacant home at 10 S. Frazier Ave. had been a source of complaints this summer regarding tall weeds and visible trash on the roof of the property. One neighbor said police had been called to the structure at least once in recent months.

The vacant house had been condemned last year and was on a list of properties to be demolished by the city, Wheeling officials said Tuesday.

The Dunaways had submitted a complaint to Wheeling on June 6 stating that the next-door property was vacant for years and presented a major health and safety risk. According to the complaint, the house had been subject to several break-ins in recent years, as well as rodents and other animals.

“I do not need to worry about disease from rodents affecting my family or the risk of a tragedy happening because of someone else’s neglect by living in close proximity to this abandoned house,” the couple wrote in the complaint. Megan Dunaway posted a copy of the complaint and photos of the vacant property on Facebook after the fire Tuesday. She also said that they never heard back from the city after they filed the complaint in June.

Campbell said firefighters were sent to the property in the summer and did a “walk around” of the structure, noting that the house appeared to be filled with items; however, no one was living in the house.

Fire investigators are still working to determine a cause of the blaze inside the vacant structure.