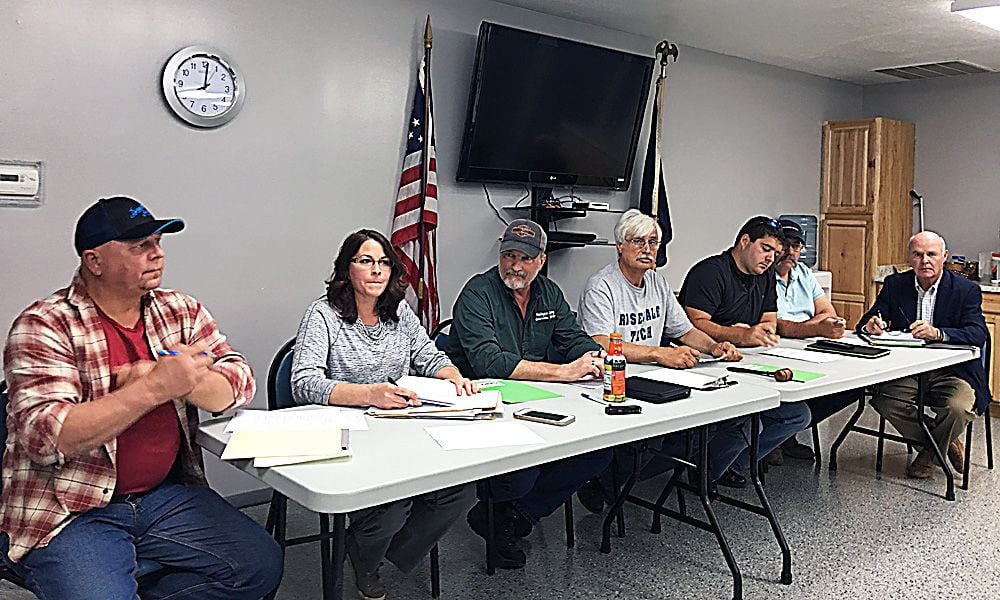 Cross Creek supervisors held an informational session during their monthly meeting to discuss plans for the former SNPJ. 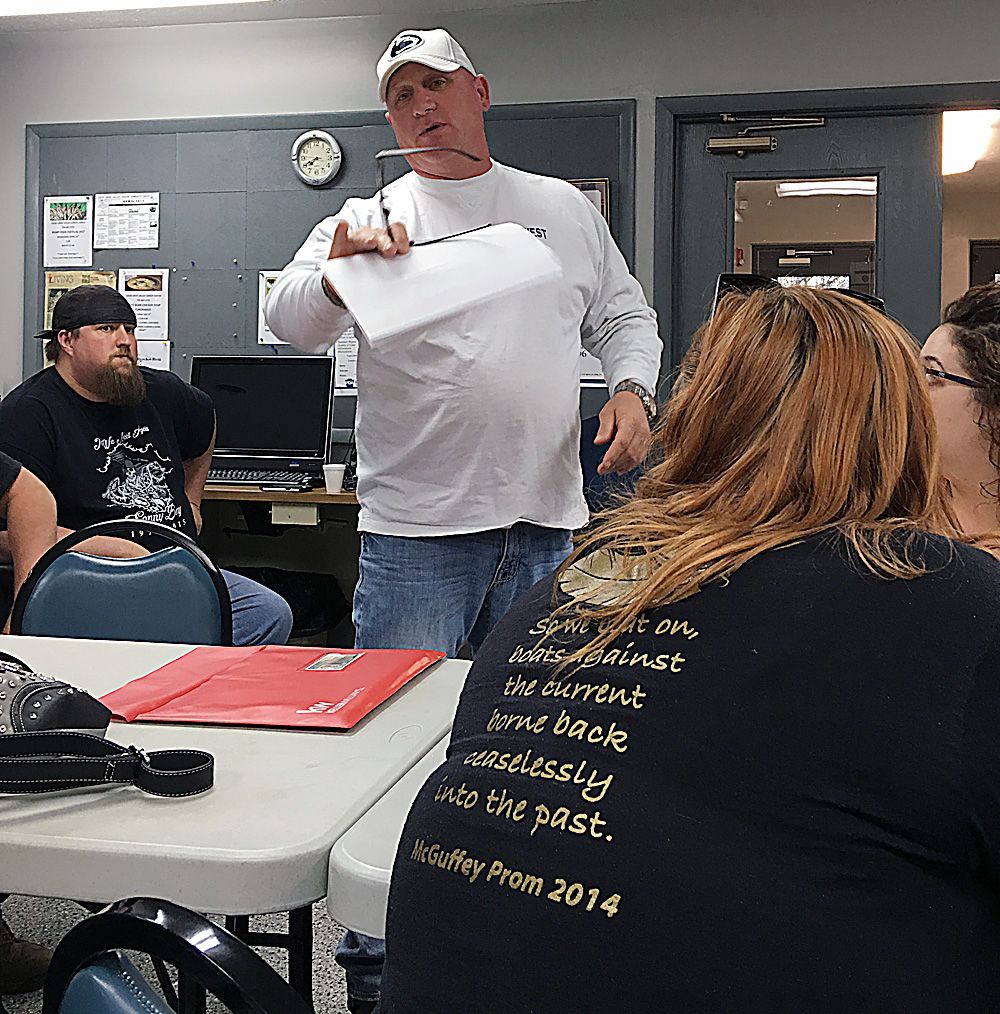 Michael Barringer, owner of the former SNPJ club in Cross Creek Township, attended the supervisors meeting Tuesday night to discuss his plans for the use of the building.

Cross Creek supervisors held an informational session during their monthly meeting to discuss plans for the former SNPJ.

Michael Barringer, owner of the former SNPJ club in Cross Creek Township, attended the supervisors meeting Tuesday night to discuss his plans for the use of the building.

A Prosperity man who recently purchased the former SNPJ building in Cross Creek Township told residents Tuesday he bought the property with the intention of being an asset to the community, and did not plan to operate a motorcycle club.

Michael Barringer, who bought the building in March, appeared at the Cross Creek Township supervisors meeting to answer questions about his plans for the property from the approximately 30 residents who attended.

“I bought this place as a commercial-industrial business to generate extra money. I’m not here to cause trouble. I want to try to be an improvement to your community,” said Barringer, a former coal miner who now works seasonally as a concrete pump operator and is a member of the Pagans Motorcycle Club. He believes his affiliation with the motorcycle club has caused some residents to oppose his ownership of the building.

“I’m just like you guys, The last thing I’d like to do is cause trouble,” he said.

Barringer said he has considered using the building to host parties and events, including weddings and baby showers.

However, he discovered the property is zoned for residential use, which does not permit use of the building for a social club.

But since the club ceased to operate for more than 12 months, its use for social purposes was deemed abandoned under the ordinance.

Johnson told Barringer he could contact the zoning hearing board and apply for a variance to operate the building for a nonresidential use.

Barringer purchased the former social club with the belief it was a commercial property. He brought with him to the meeting a copy of the listing, which referred to the building as a “commercial industrial business” and noted it was “perfect” for parties, reunions and multiple other uses.

The listing also referred to the building’s second floor, which includes a 37-by-70-foot hall with a stage and dressing room.

Barringer has spent the last month cleaning the interior and plans to put a new roof on the building.

Days after he purchased the building, a sign with the words “Pagans Motorcycle Club” went up, but Barringer took the sign down when he was informed by the township zoning officer about the provisions of the zoning ordinance.

Barringer’s association with a motorcycle club generated complaints on social media and to township officials. prompting Barringer to offer to attend the meeting to discuss his plans.

Barringer said he is a law-abiding citizen with a clean driving record and said he did not want to be discriminated against because he belongs to a motorcycle club.