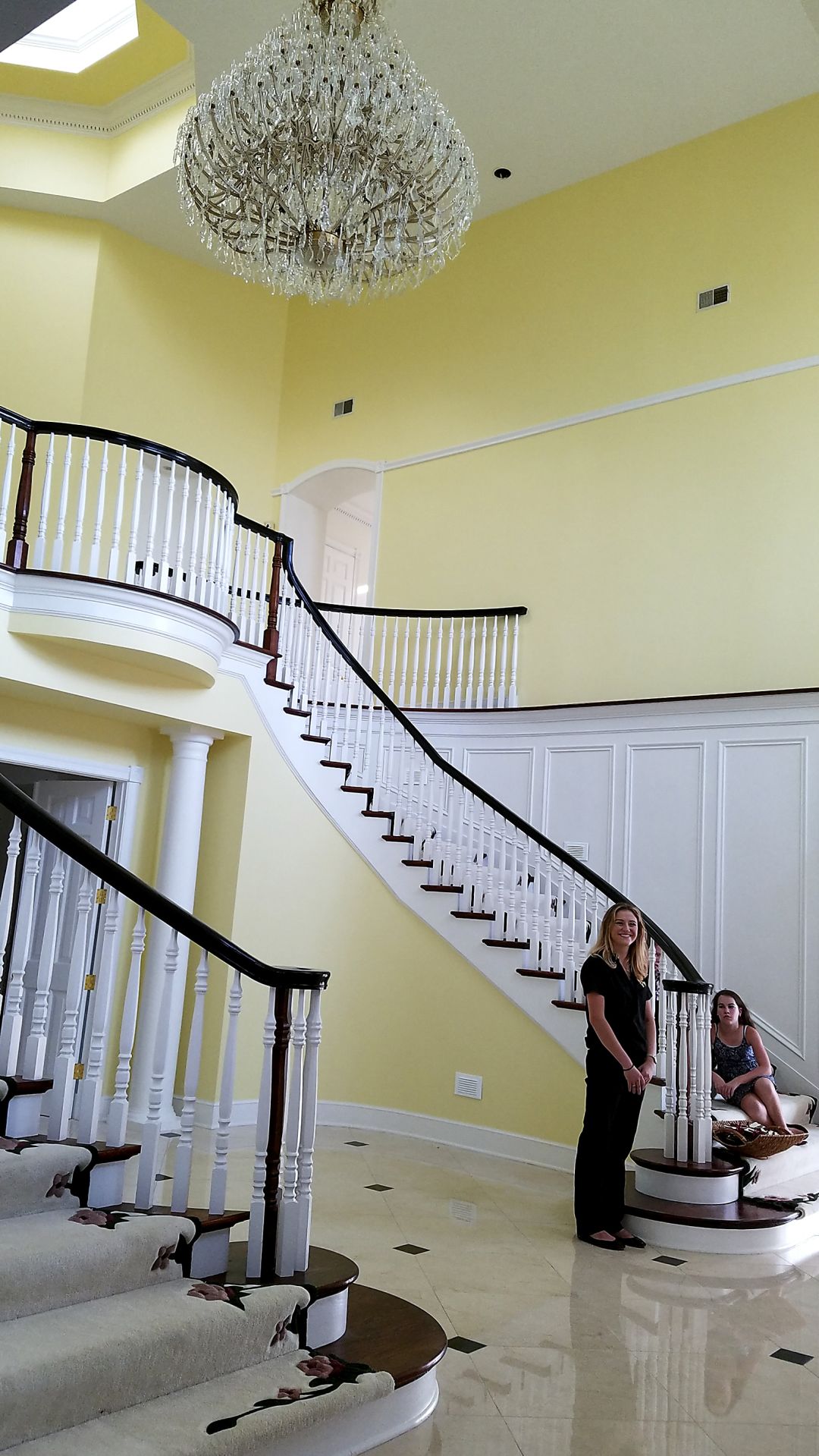 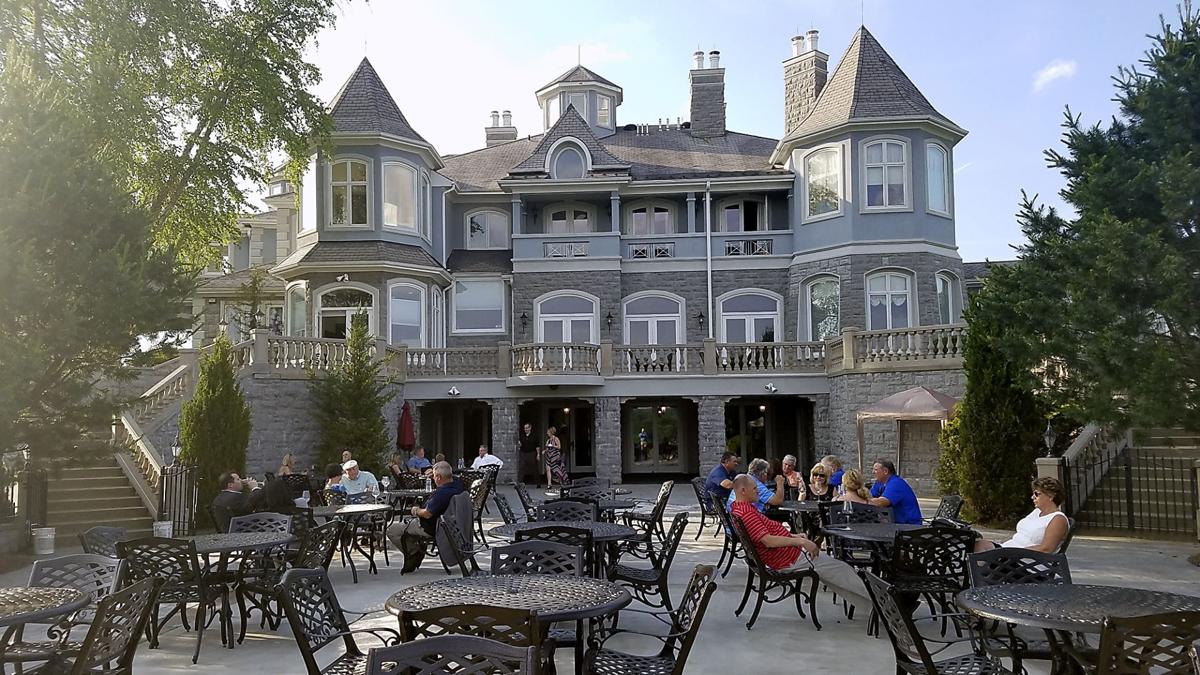 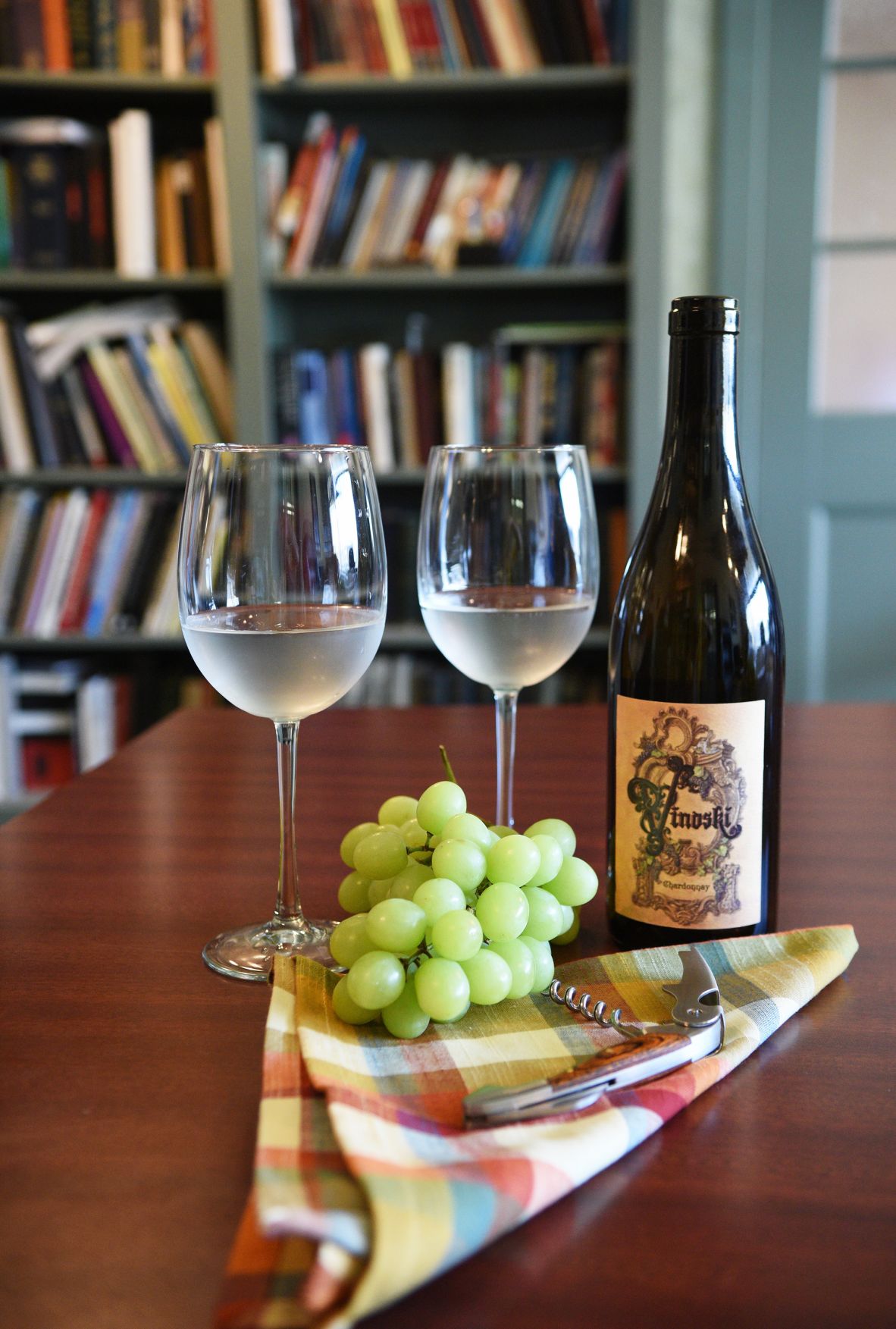 Celeste Van Kirk/Observer-Reporter A bottle of wine from Vinoski Winery.

Celeste Van Kirk/Observer-Reporter A bottle of wine from Vinoski Winery.

BELLE VERNON – A bride-to-be can be pampered on her wedding day in a sprawling master bedroom suite with mirrors everywhere and one complete with a living room, large balcony and jacuzzi tub in a new winery in Rostraver Township.

The second-floor porch overlooks the bar’s terrace set with black cast-iron tables at Vinoski Winery and some of the 32.2 acres of rolling hills that surround the mansion built in 1997 by an investment manager.

“This place is made for entertaining,” said Walter Vinoski, who, along with his wife, Roxanne, will hold a four-day grand opening of their winery, beginning Friday and ending with fireworks on July 3.

He said he expects many people will be attracted initially to the winery just to see the gated estate at 333 Castle Drive that was built by Jay H. and Sherry Tyber Lustig.

A long driveway leads from Willowbrook Road to a portico at the front entrance, which drops off guests at the mansion’s grand entry, which boasts a marble floor, two winding staircases and a large crystal chandelier hanging from the high ceiling. Wedding photo opps abound here

Walter Vinoski of Ruffs Dale said anticipation has been building for the winery’s opening because “the kids put it on Facebook” and the site then attracted 158,000 pageviews in just a few days.

“I think a lot of people would like to see the house,” he said.

The Vinoskis have long been producing their wines at a private vineyard in Lodi, Calif., and they will stock their Rostraver location with 13 varieties, including Merlot, Riesling and Chardonnay.

They will sell bottles and offer wine tastings from a ground-level room featuring two bars, an ornate fireplace and walls painted to mimic Mahogany. A wall of doors with full-view windows there overlooks a patio. Flanking stairways there rise from the patio to the second floor.

The mansion, complete with 13 bedrooms and as many bathrooms, was still undergoing repairs and changes when the Vinoskis hosted a private grand opening party there June 12. The rooms were not yet furnished as the company looked ahead to renting the estate for weddings and other events.

The lavish winery is on par with what can be found in California’s wealthy Napa Valley, said Gina C. Lynn, executive director of the Greater Rostraver Chamber of Commerce.

Like Napa Valley, where customers learn about wines and how to enjoy them, the Vinoski Winery “gives you an education,” Lynn said.

“We’re very welcoming of them into the township and the community,” she said.

Walter Vinoski said he envisions having decorators makeover the rooms for Christmas and inviting the public to tour the mansion while donating $5 to vote for the favorite decorator with all of the money being distributed to local charities.

“We really have top-notch stuff here,” he said.

The Vinoskis purchased the property from Huntington National Bank in Columbus, Ohio, after it went into foreclosure and the bank had purchased it at sheriff sale, Westmoreland County records show. After the sheriff sale in July 2015, the estate was on the market for $8.85 million, online records show, a price that later dropped to $2.5 million. The Vinoskis recorded a deed in Westmoreland County April 10 indicating the consideration price for the estate stood then at $1.95 million.