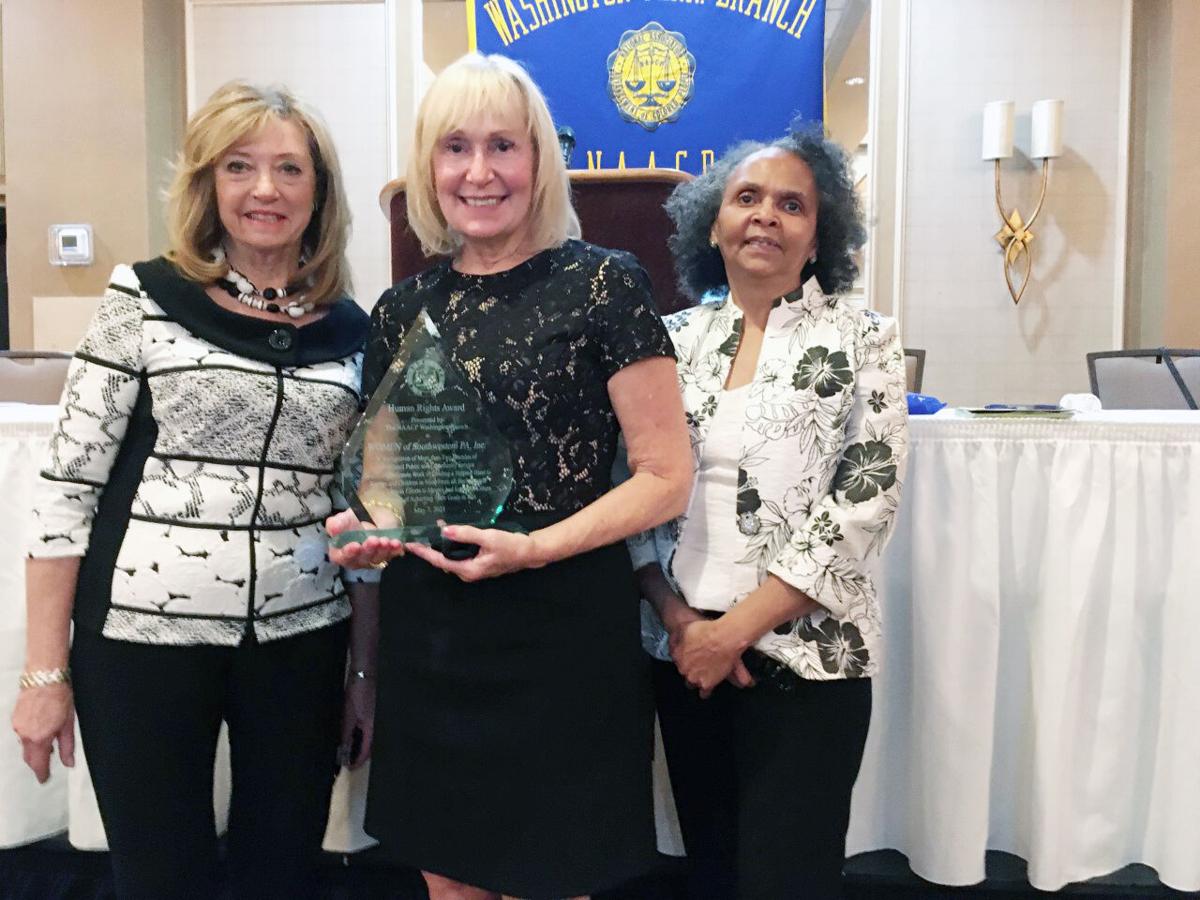 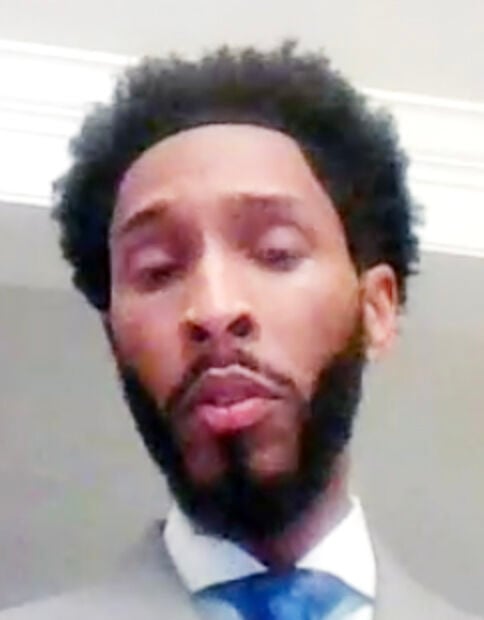 WOMEN of Southwestern PA was the recipient of the Human Rights Award, which was presented by Dr. Andrew Goudy, president of the Washington branch, at the DoubleTree Hotel – Meadow Lands, while an audience attended via Zoom because of the COVID-19 pandemic.

The theme of the event was “Stand Up for Justice and Equality.”

Noting the NAACP was founded in 1909 to ensure the political, educational, social and economic equality of minority groups, Jones said, “The needle doesn’t seem to have moved much.”

Jones told those who watched the way to fight injustice is through education and self-reliance.

“Education is the great equalizer, I believe,” said Jones. “You have to choose to be in control of your destiny, and one of those ways is through education.”

Jones was born in Aliquippa, but when he was 5 years old, his father moved the family to Moon – the couple they bought the house from were reluctant to sell it to Jones’s father because they “didn’t want to saddle the neighborhood” with Black homeowners – and he routinely encountered racism.

His father stressed the value of education, more than athletics and entertainment.

A standout athlete and scholar, Jones attended Howard University on a soccer scholarship, and then law school at Golden State University before he moved back to Pennsylvania.

A former defense attorney for the Allegheny County Office of the Public Defender, he now heads the firm Blaine Jones Law.

“I wanted to be a public defender to make sure the Constitution applied to everyone, not just people with money,” said Jones, who said the work sang to his soul. “I wanted to provide a voice to the voiceless.”

He recalled an incident where he appeared in a courthouse to defend a client and, although he was dressed in a suit, he was mistaken for a defendant.

Jones said all people have an obligation to stand up against injustice and inequality, whether it’s based on race, gender, age, or religion.

“For most of my life, I’ve simply accepted the injustices,” said Jones, referring to them as his cross to bear. “I’ve had an epiphany and I realized I’m no longer going to just deal with it or accept it. I’m going to fight against it.”

Education, he urged, leads to self-reliance.

“Education and self-reliance are how we’re going to wage a successful war against injustice,” said Jones. “We have to make sure those who come after us are getting it done in the classroom.”

Jones thanked the WOMEN of Southwestern PA, noting, “I was floored at your philanthropic spirit.”

“This is a big deal, this means a tremendous amount,” said Rost.

WOMEN has distributed more than $700,000 to support community projects over the past 20 years, hosting social gatherings and working on philanthropic projects. The organization raises funds, educates members on ways to improve the lives of women and children in need, and awards small grants to high-impact projects.

The awards event also took a moment to honor the memory of leaders who have left a legacy in the community, including Joyce Ellis, former executive director of LeMoyne Community Center, who died in December following a battle with cancer.