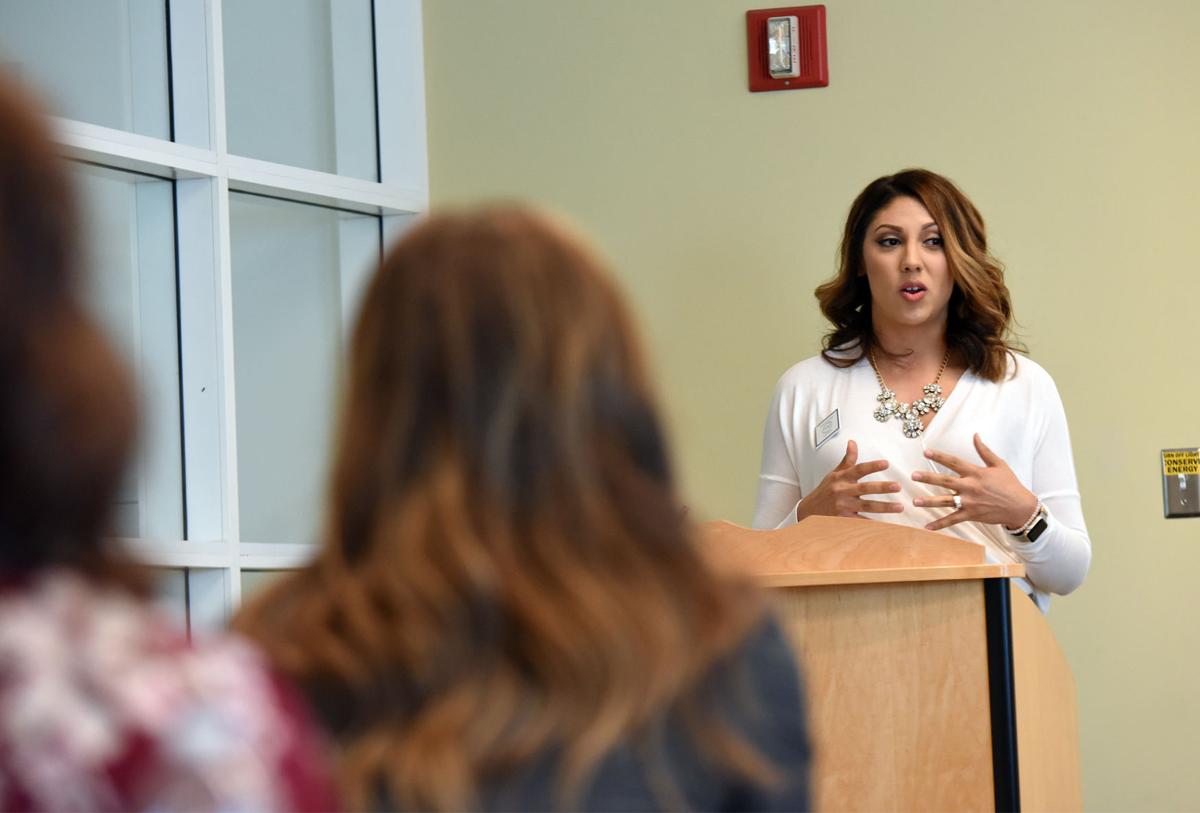 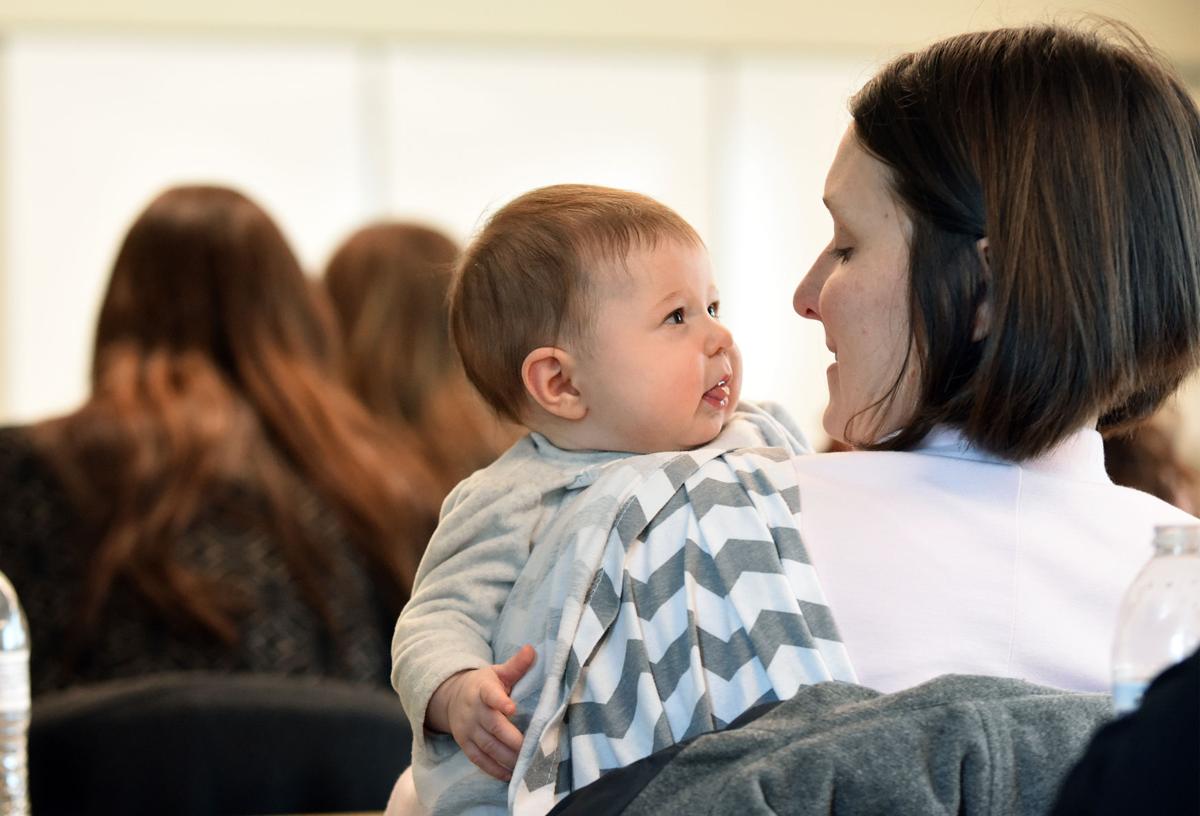 In 2009, shortly after having her fourth child, Kimberly Manfredi started feeling anxious and sad.

“I was easy to anger, overly sensitive, and I didn’t sleep well. When I did, I had terrible nightmares,” said Manfredi.

She dismissed the possibility she was experiencing postpartum depression, a condition that affects about one in seven women after pregnancy, according to the American Psychological Association.

“I felt completely broken and hopeless, like a stranger to myself. I was embarrassed. I was filled with guilt and shame for not being good enough for my family, and I wanted the pain to stop and the feelings to end, not just for me but for my husband and children,” said Manfredi.

So, she attempted suicide.

“I never planned to see or feel another day. But, here I am, and now you know why I call that time in my life my ‘successful failure,’” said Manfredi, who received treatment for postpartum depression following that failed suicide attempt.

Panelists at the event, hosted by Bartolotta, United Way of Washington County and #StrongMomStrongBaby coalition, discussed the impact postpartum depression has on families, its effect on babies’ development (PPD can adversely affect infants’ early cognitive and emotional development, and studies show children with a parent with PPD are at a higher risk for emotional, intellectual and developmental problems as they grow), services available, and Pennsylvania Senate Bill 200, which aims to connect families to the state’s Early Intervention system.

SB 200, introduced by Bartolotta and Sen. Judy Schwank, is a proposed amendment to the Early Intervention Services System Act of 1990. The bill would add postpartum depression as a qualifying condition to place children in the “at-risk” category for Early Intervention assessment, tracking, and, if needed, ongoing services.

“Essentially, this bill assures children with mothers experiencing postpartum depression are identified and have access to support, treatment, and services they need,” said Miller. “As the agency that oversees Pennsylvania’s Early Intervention program, all of us at DHS know the incredible benefits it offers firsthand – not only for at-risk infants, but for their families too. I’m honored to join Senator Bartolotta today in support of SB 200, and to hear stories from moms who know maternal depression all too well, because they’ve lived it.”

The panelists explored how the legislation will increase access to supports for new mothers experiencing depression and their infants. The experts on the panel also discussed their current work and how the proposed legislation would help facilitate coordination between health care providers and family support services. The discussion was followed by a question and answer session.

“We’re talking about a condition that impacts 15 percent of new mothers. That’s about 21,000 births in Pennsylvania every year,” said Bartolotta. “With SB 200, I want to help end the stigma and ensure that both moms and babies are getting the help they need.”

SB 200 and its counterpart in the House, HB 200, have advanced to the Appropriations Committees in their respective chambers, where they await approval before consideration for final passage.

Manfredi encouraged those who attended the forum to support SB 200.

“Treatment saved my life. No mother should lose her life, and no family or husband or child should ever have to live with that unimaginable forever loss. I can’t yell loud enough: education, treatment, recovery,” said Manfredi. “It’s essential that we continue to diminish the stigma, establish best practices for these women, and further understanding. Let’s keep the conversation going.”