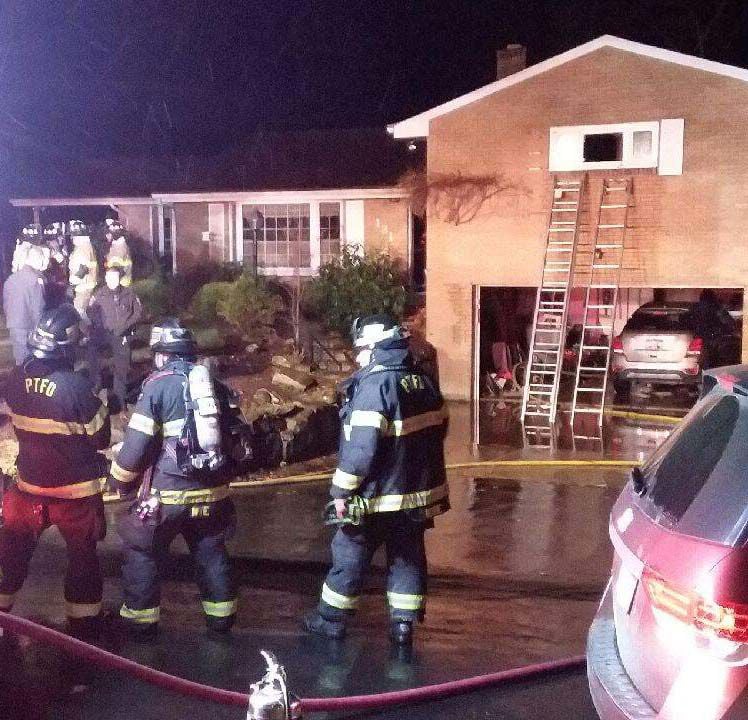 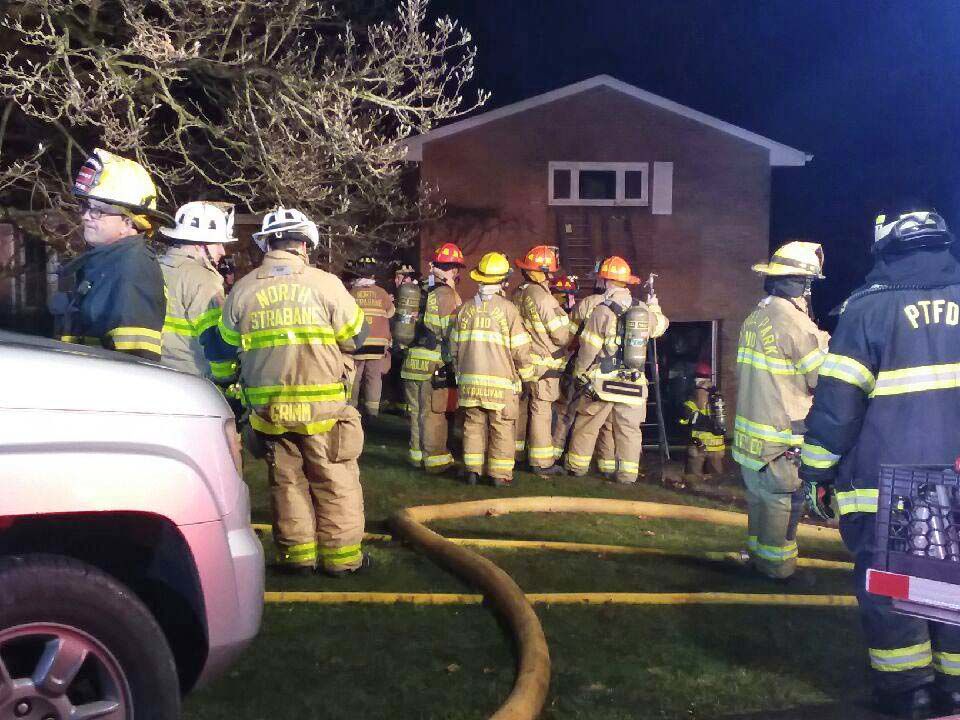 The victim of the fatal fire in Peters Township Monday night has been identified as 84-year-old Robert Gries.

According to the Allegheny County medical examiner’s office, Gries died just before 7 p.m. at St. Clair Hospital from injuries sustained in a fire at his 131 Clara Lane home.

According to a news release issued Tuesday morning from Peters Township Fire Department, Assistant Fire Chief Bill Gaughan arrived first and confirmed reports that an elderly man was trapped inside.

“At the time we arrived he was the only person in the building,” Peters Township fire Chief Michael McLaughlin Jr. said at the scene. “His wife was able to make it out OK. She had told us that her husband was still inside.”

Peters Township Police Chief Doug Grimes said two police officers tried to get inside the building to rescue the man.

“They did try to go in to find them, but the flames and smoke were too intense,” he said.

Both officers were taken to area hospitals for smoke inhalation and released, Grimes said.

When the rest of the fire crews responded to the 5:20 p.m. call, they began searching for the victim and pulled him out shortly after, despite increasingly dangerous conditions.

A firefighter distress signal was sent, and “two firefighters were forced to bail out of a second story window onto a ladder,” according to the news release. One of those firefighters was treated at a local hospital for non-life-threatening injuries.

Firefighters were able to find Gries within 10 minutes of their arrival. Once found, firefighters had him out of the house within 60 seconds, according to the release.

“Crews immediately initiated CPR on the victim, and after phenomenal emergency medical interventions from Peters Township EMS and firefighters on scene, was transported to St. Clair hospital with a pulse,” the release states. “Sadly, the patient succumbed to his injuries and was pronounced dead at the hospital.”

The fire is believed to have started in the basement, McLaughlin said. He said the multi-level house had two basement levels, which posed to be “a little confusing” for the multiple search teams that entered the house.

“We had a pretty heavy smoke and fire condition in the corner of the basement,” he said. “Getting into the nooks and crannies of the basement presented a problem, but they were able to successfully extinguish the fire.”

Multiple EMS workers responded as well as firefighters from North Strabane and Bethel Park. The state police fire marshal was also called to investigate the cause, which is still unknown. McLaughlin said at the scene that it did not appear to be a suspicious fire.

“We join our community in grieving with the victim’s family during this difficult time,” Peters Township fire officials said in a statement. “Experiencing a fire in one’s home is a traumatizing experience, especially when losing a loved one during the holidays. As always, we stand prepared to support our community in any way possible.”