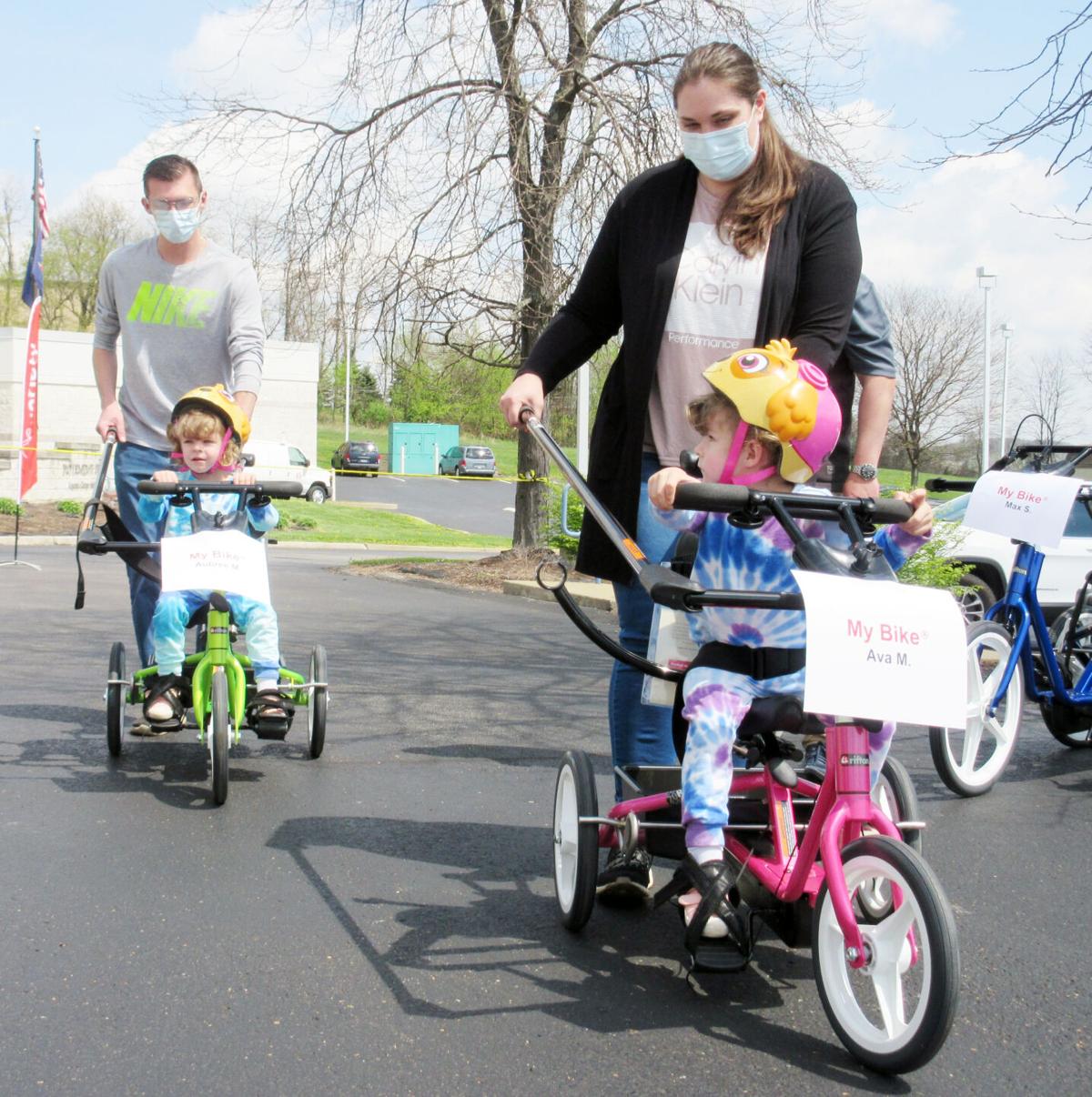 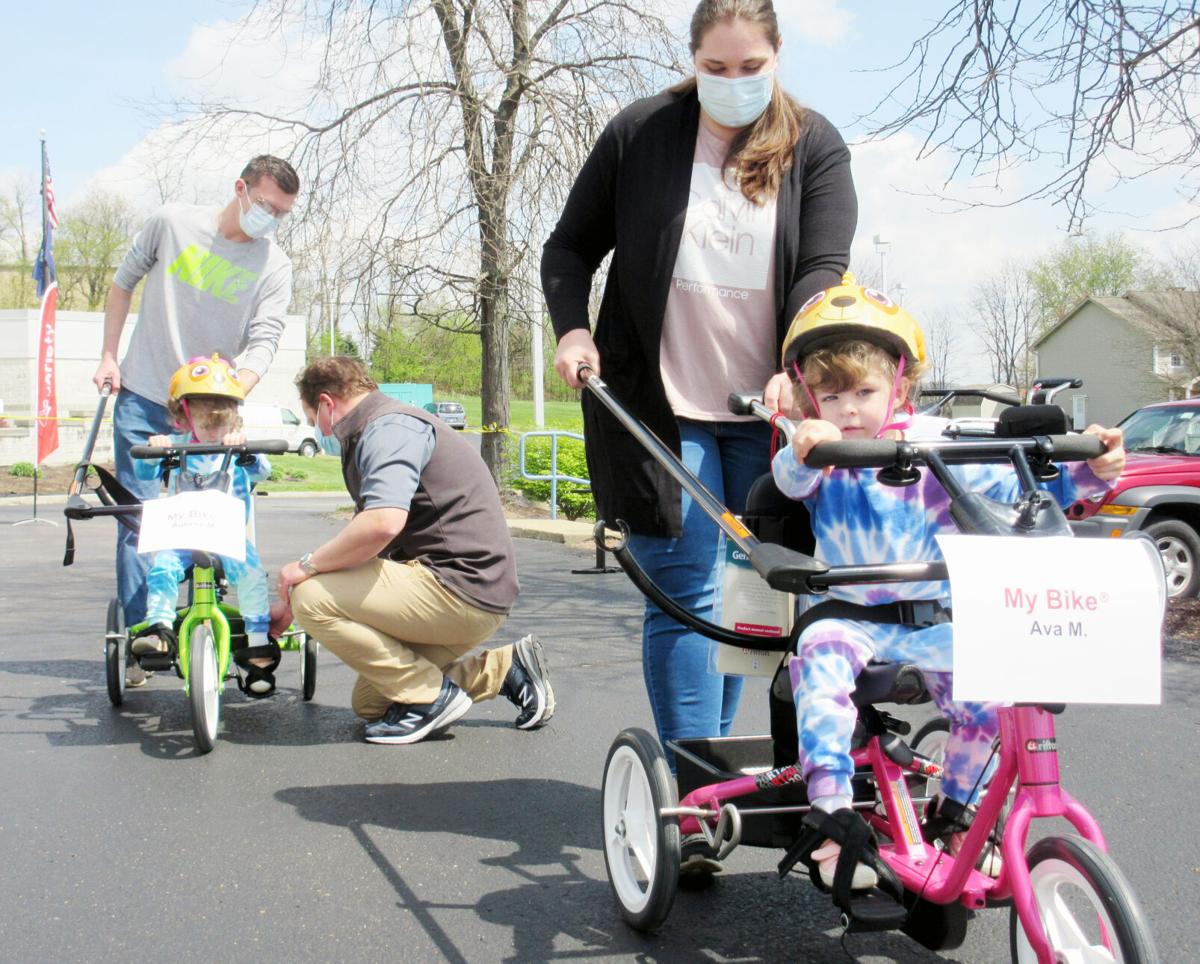 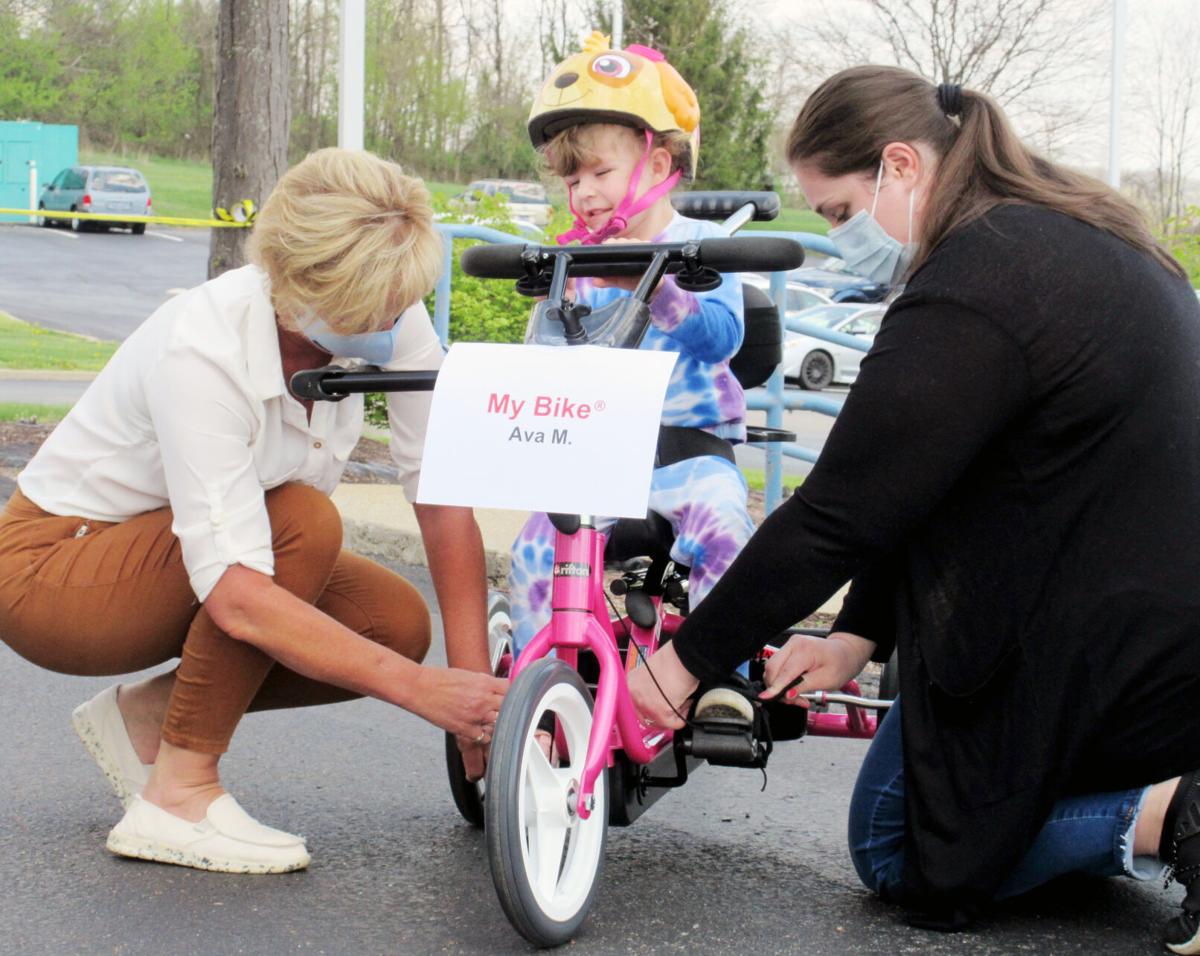 Leigh Dennick, left, director of special education for the Intermediate Unit 1 in Coal Center, assists 3-year-old Ava Montozzi with one bike pedal strap while Ava's mother, Kelsey Montozz assists on the other side. 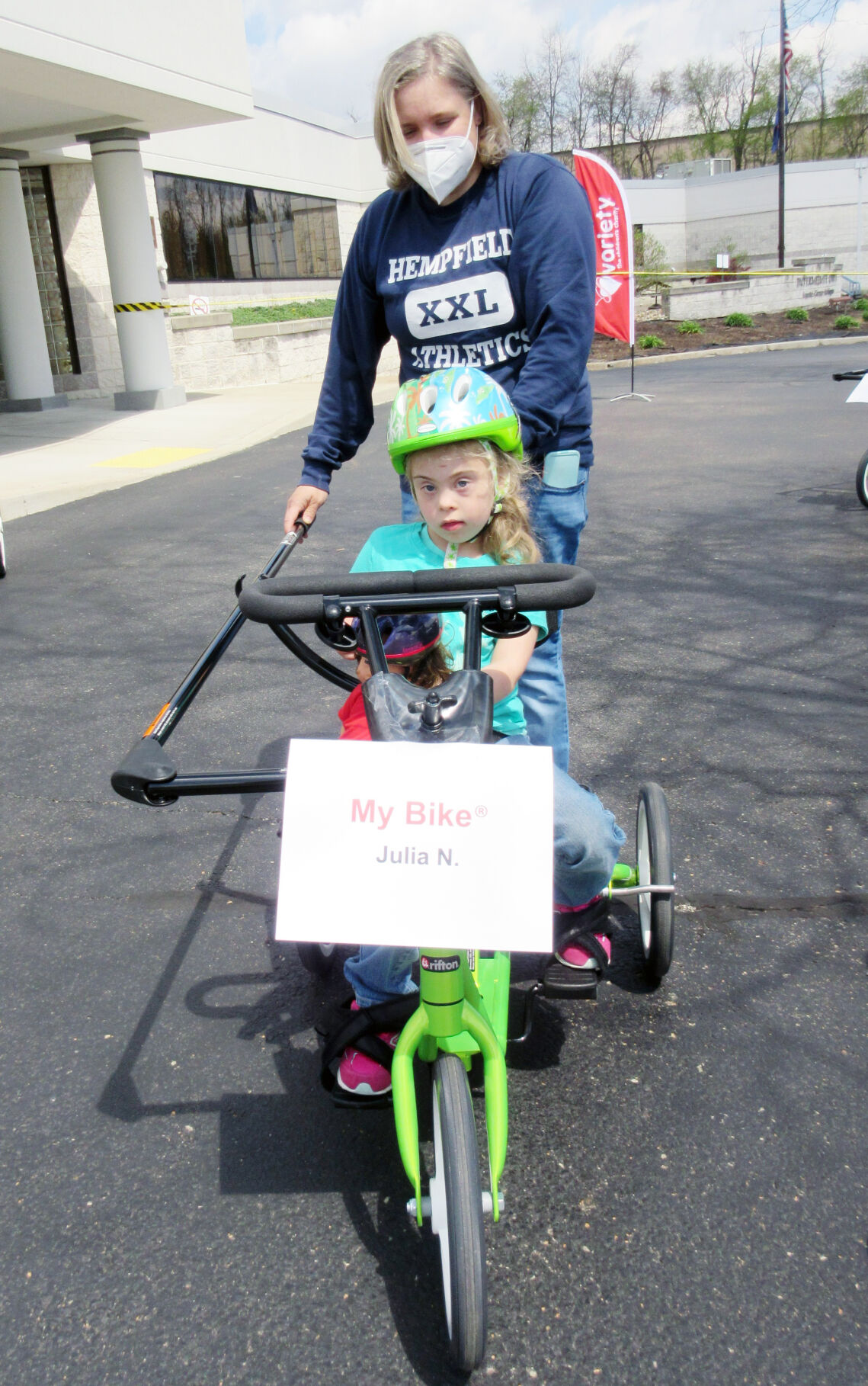 Leigh Dennick, left, director of special education for the Intermediate Unit 1 in Coal Center, assists 3-year-old Ava Montozzi with one bike pedal strap while Ava's mother, Kelsey Montozz assists on the other side.

Tuesday was a beautiful day for bike rides, and thanks to Variety – the Children’s Charity, several local children were able to do just that, including 3-year-old twins from Canton Township.

The nonprofit funds and donates adaptive bikes, strollers and communication devices for children with disabilities. Variety partnered with Intermediate Unit 1 in Coal Center and Blackburn’s Home Medical Equipment, the company that makes the adaptive bikes, to give out four bikes Tuesday to children in need.

Ava and Aubree Montozzi were thrilled to be able to ride a bike for the first time.

“This is incredible,” said the twins’ mother, Kelsey Montozzi. “You never expect you’ll have a special needs child, much less two. You just want them to have all the same things that other kids have and for them to be able to do the same things as other kids – something as simple as riding a bike.”

Montozzi said regular bikes are a little too unstable for her daughters, so the new three-wheeled bikes that can be pushed by a parent will give them more stability.

“The love watching other kids riding bikes,” Montozzi said. “They’re so social; they love being with other kids.

In January, the twins also received adaptive strollers through Variety’s program, which has an application process with income guidelines.

The Intermediate Unit 1 connects the children in need from Fayette, Greene and Washington counties with Variety. In a news release, Variety’s CEO Charlie LaVallee said the company has presented about 350 adaptive bikes, strollers and communication devices across the three counties since the program started in 2012.

“That’s a huge accomplishment, and the entire community should feel so proud,” LaVallee said in the release.

“It’s a dream job in that I’m really making a difference,” she said.