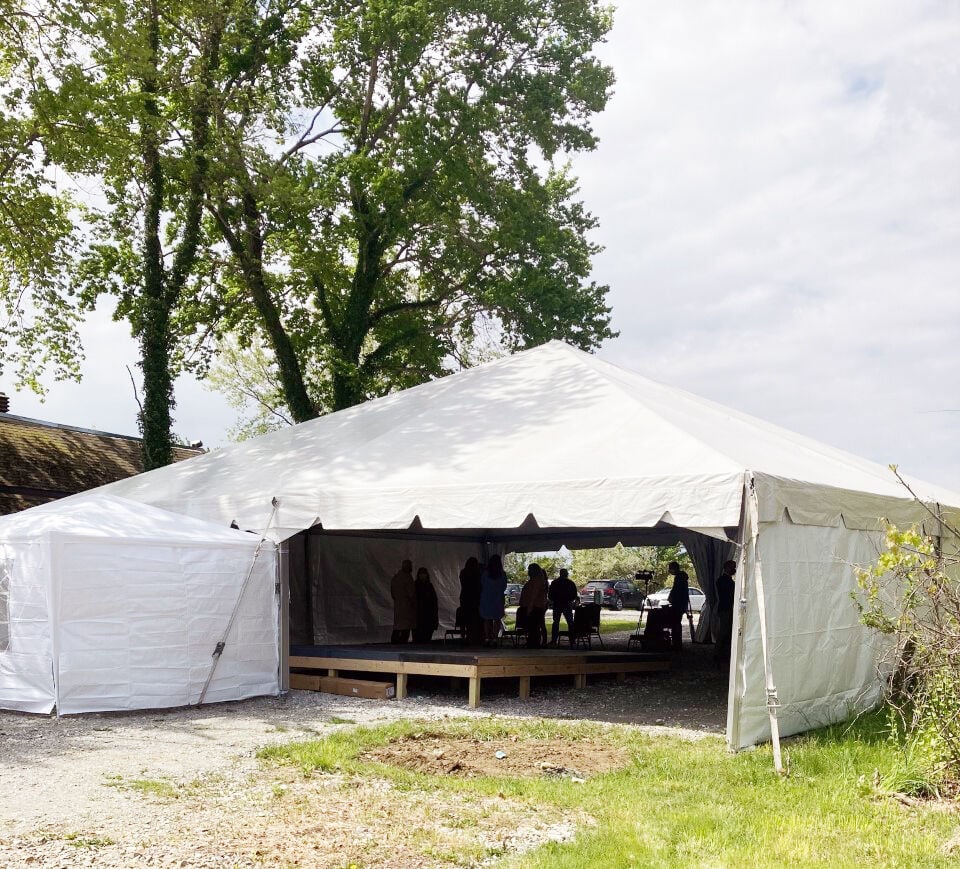 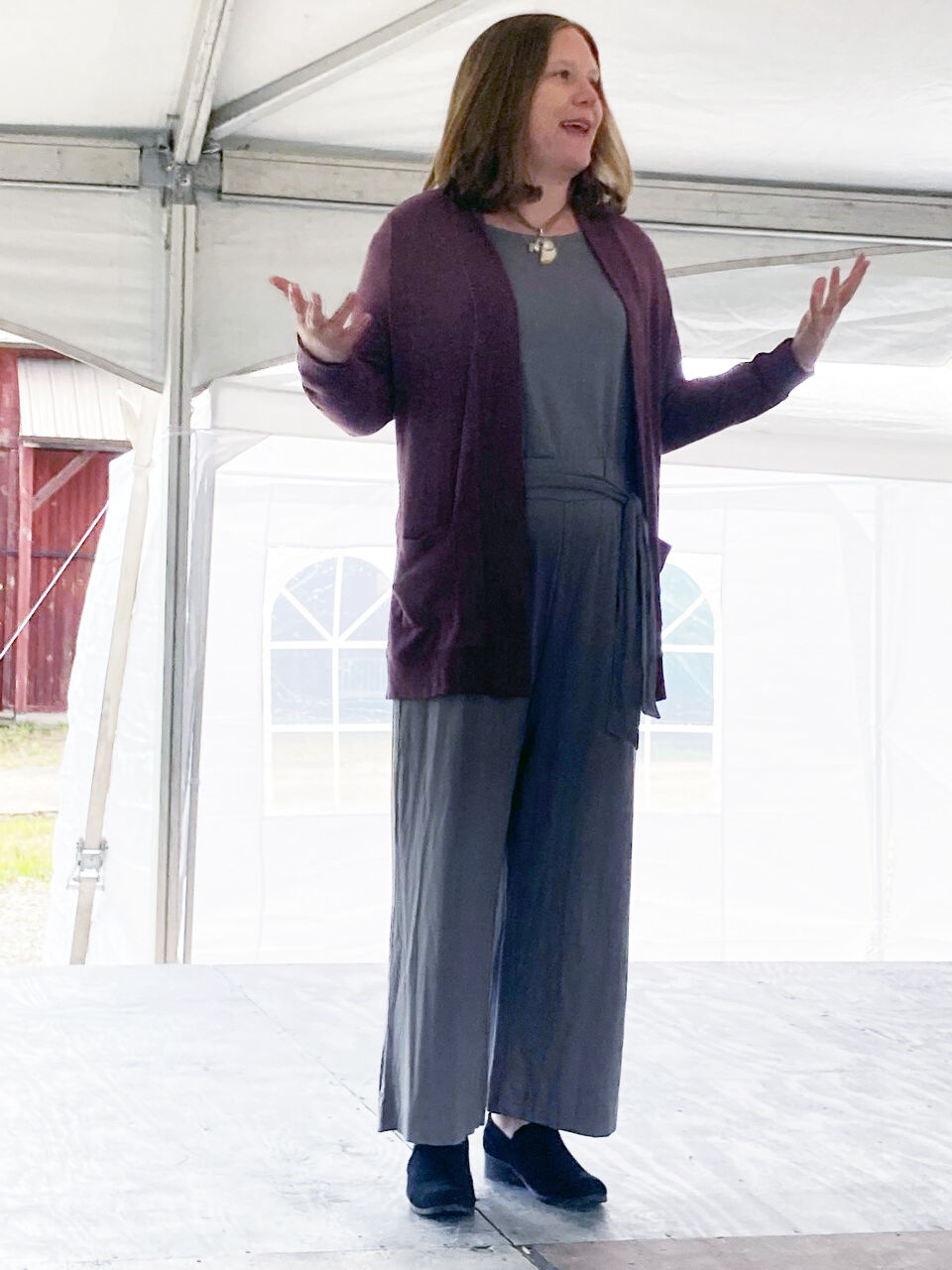 Little Lake Theatre’s decision to have performances in an outdoor space in the first part of its upcoming season is a bow to the reality of the ongoing coronavirus pandemic, but it also gets the venerable Washington County community theater company back to where it once belonged.

At a Tuesday morning media preview, Little Lake artistic director Jena Oberg pointed out that Little Lake first found its legs more than 70 years ago in a barn that’s still on the property, and, in its early days, the company also staged productions outside.

“We’re excited to go back to our roots,” Oberg said.

The first performance in Little Lake’s outdoor performance space will be the one-woman show “Shirley Valentine,” by British playwright Willy Russell. Opening May 20, it’s a comedy about a working-class housewife in Liverpool, England, who is stuck in a rut but finds her life transformed after a trip to Greece. Oberg explained that “Shirley Valentine,” with its themes of stagnation and renewal, was an appropriate way to start the season as everyone slowly shakes off the isolation brought by COVID-19.

In fact, Little Lake’s new season is going to largely sidestep heavier fare, as well as shows with a large number of actors.

“Everything is comedic and fun and light,” Oberg said.

2020 was the first year in its history that Little Lake was unable to bring off any in-person performances. At first, the first three productions were canceled, then another couple and, as the pandemic dragged on, all 15 scheduled in-person productions were gone. Like many other theater companies, Little Lake put together online shows to keep revenue flowing and audiences engaged.

Little Lake will be using the outdoor performance space through September. It will seat about 120 people. Audience members will be distanced and masks will be required until Pennsylvania’s mask mandate is lifted. Performances will go forward rain or shine, unless lightning and thunder are nearby and winds reach into the 50 mph range. The rest of the season is as follows:

Information on tickets is available at www.littlelake.org.