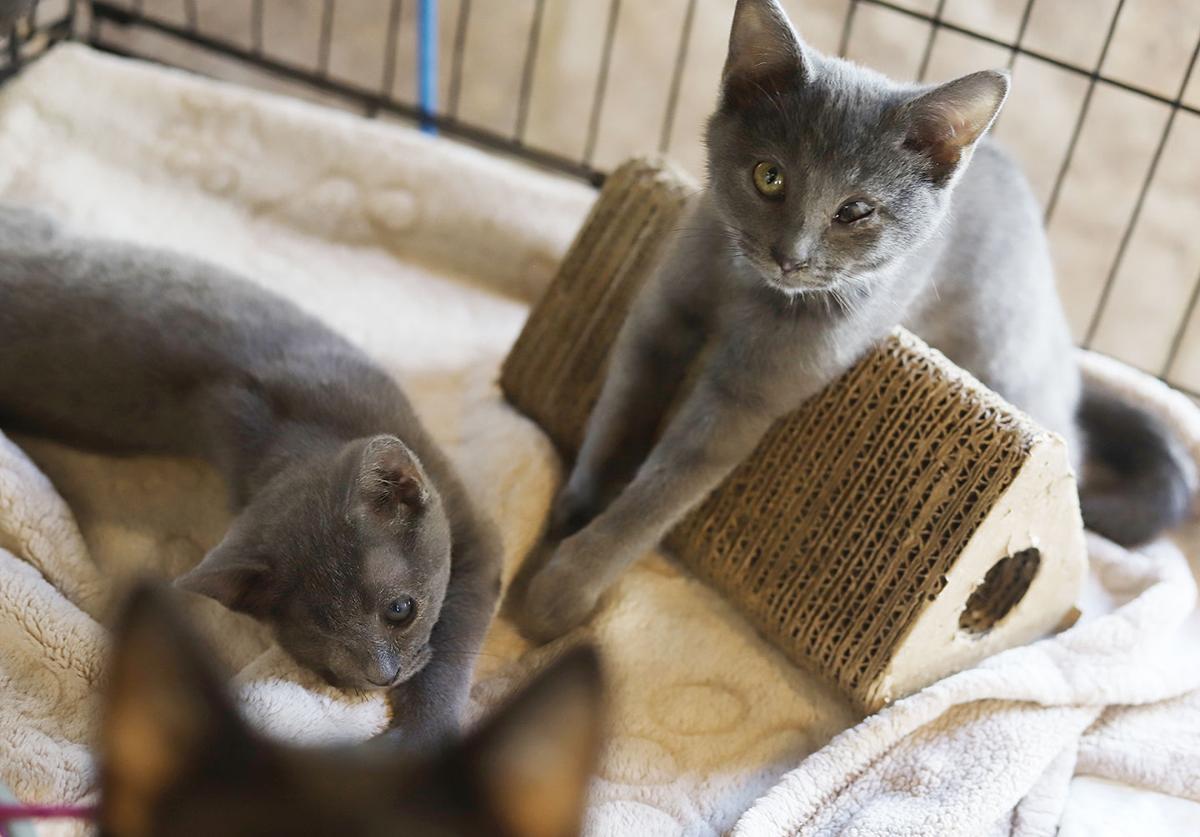 Kittens Bridget, Bianca and Barrett play in their crate at Catnip Acres. 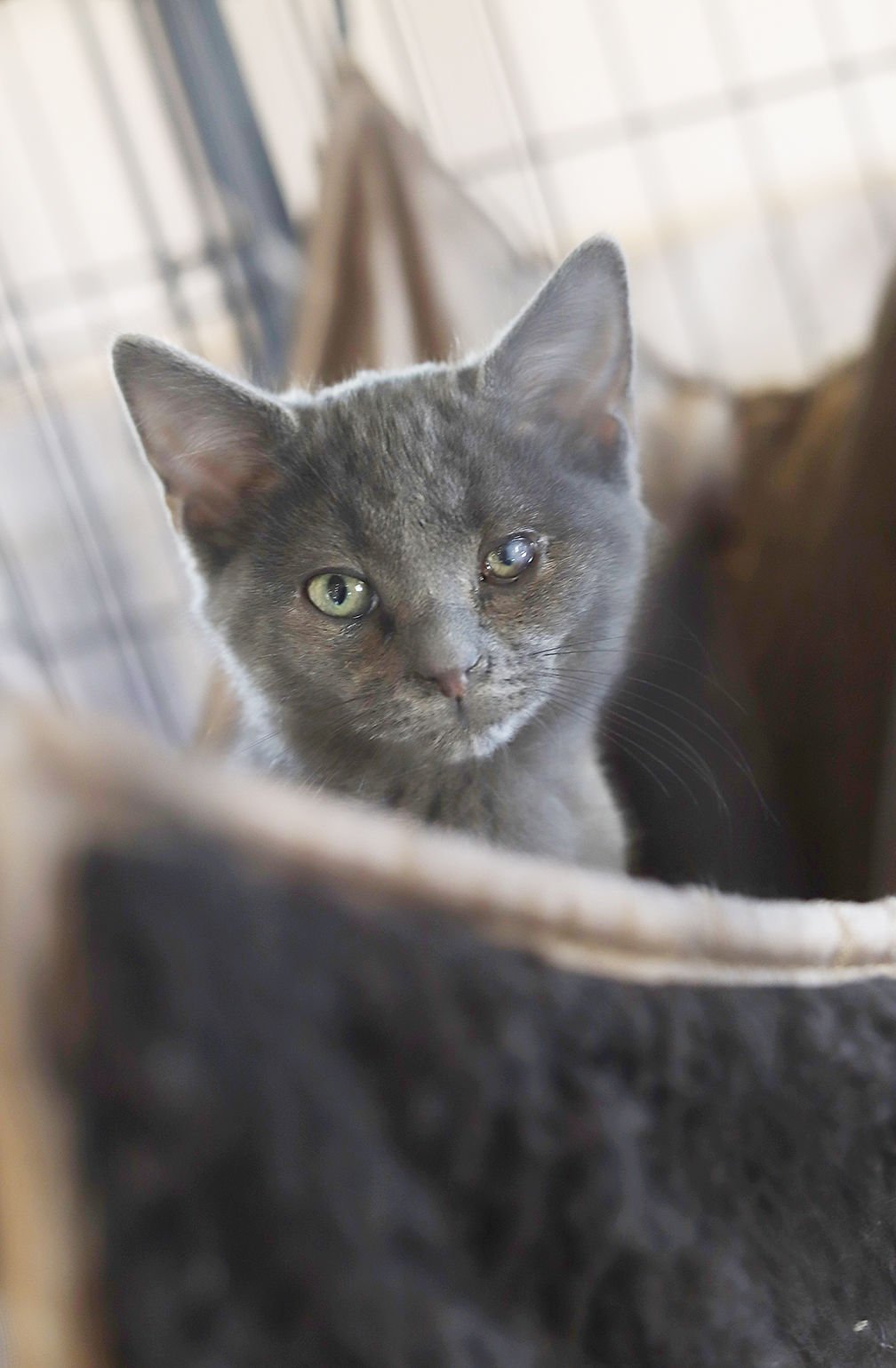 Bennett rests in the hammock in the crate he shares with his siblings. 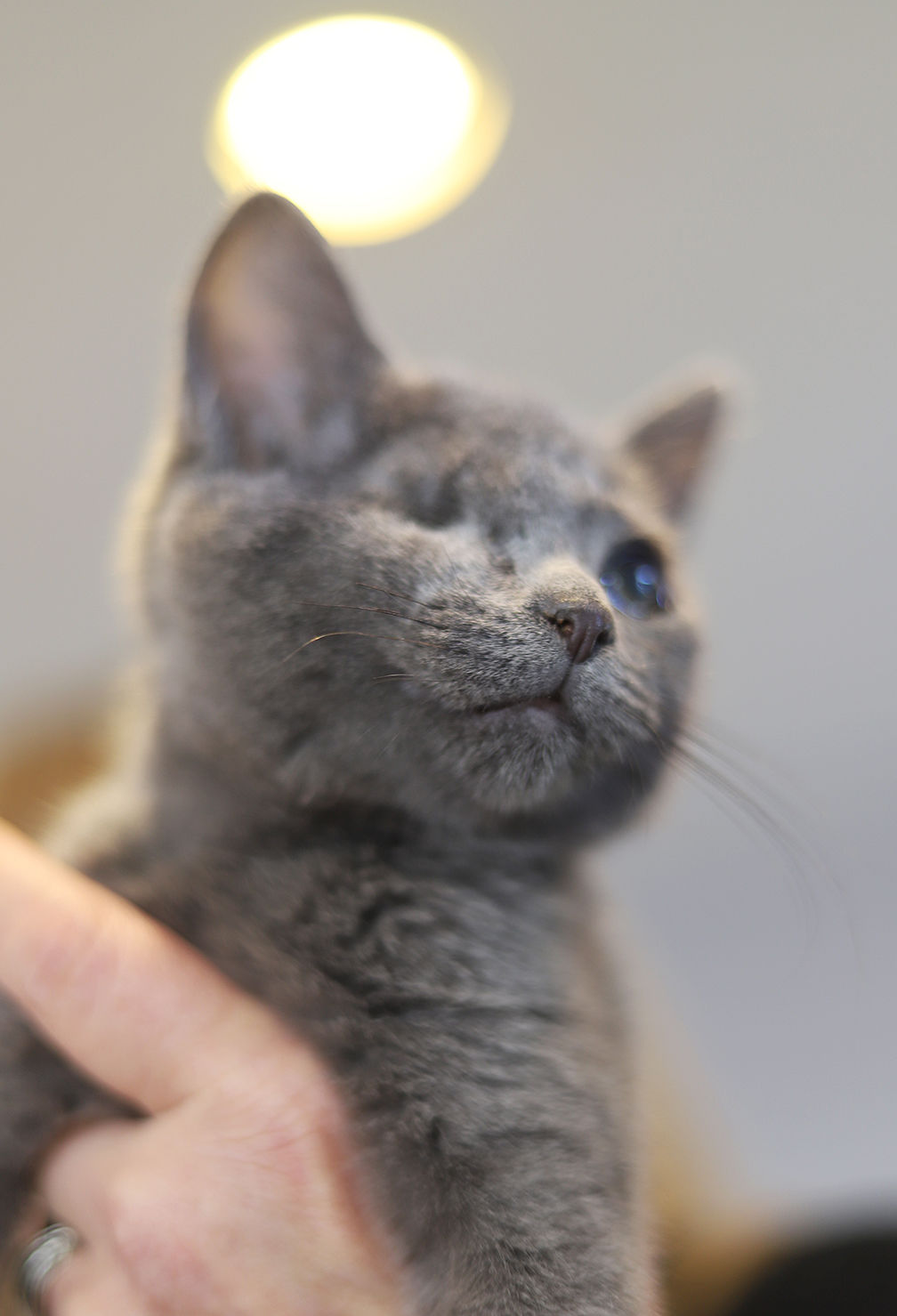 Bridget, the smallest of the litter, had the most issues and ended up needing emergency eye removal surgery.

Kittens Bridget, Bianca and Barrett play in their crate at Catnip Acres.

Bennett rests in the hammock in the crate he shares with his siblings.

Bridget, the smallest of the litter, had the most issues and ended up needing emergency eye removal surgery.

On the morning of Sunday, Nov. 24, Anita McMillen found a box with five kittens on the porch of her Waynesburg veterinary hospital. The temperature that night had been around 30 degrees and she didn’t know how long the cats had been outside.

The McMillens took the kittens inside Braden Run Animal Hospital and, upon checking them, felt even worse. The veterinarian explained they had severe respiratory tract infections and probably a virus based on the condition of their eyes. One of them didn’t survive. Another would probably need surgery, she assumed.

“We were open Friday. They could have brought them then. They could have taken them to the shelter, but they decided to dump them on a Sunday because who knows, they might have been there all night,” McMillen said. “I don’t know what the situation was, (but) I was very disappointed that someone would do that.”

McMillen proceeded to treat the cats with antibiotics and viral medication, but they still needed a place to stay, so she called Toni Ferencak, adoption coordinator and fundraiser at Catnip Acres. The rescue organization took in the animals along with medication donated by the vet, who also offered to perform the surgery pro bono.

Ferencak and Catnip Acres manager Tanya Minardo found a place for the kittens and continues to treat them. The four warriors, as they have been called, have been named – Bianca, Bridget, Bennett and Barrett – and are continuing to take medication and gain weight. Bridget, the smallest of the litter, had the most issues and ended up needing emergency eye removal surgery.

Minard said they need a little more time before they are ready for adoption.

Both Braden Run Animal Hospital and Catnip Acres staffs agree that people too often abandon and mistreat their animals.

“My goal is to open communication between the vets and the facilities we have in the county to take care of these animals to try to stop them from being left (out in) the cold,” McMillen said. “People just need to realize that those facilities are there, they’re there to be utilized in these situations, but they obviously need to take some responsibility, too.”

For more information about the adoptable cats at Catnip Acres, contact the rescue at 724-833-0954 or visit catnip-acres.com.