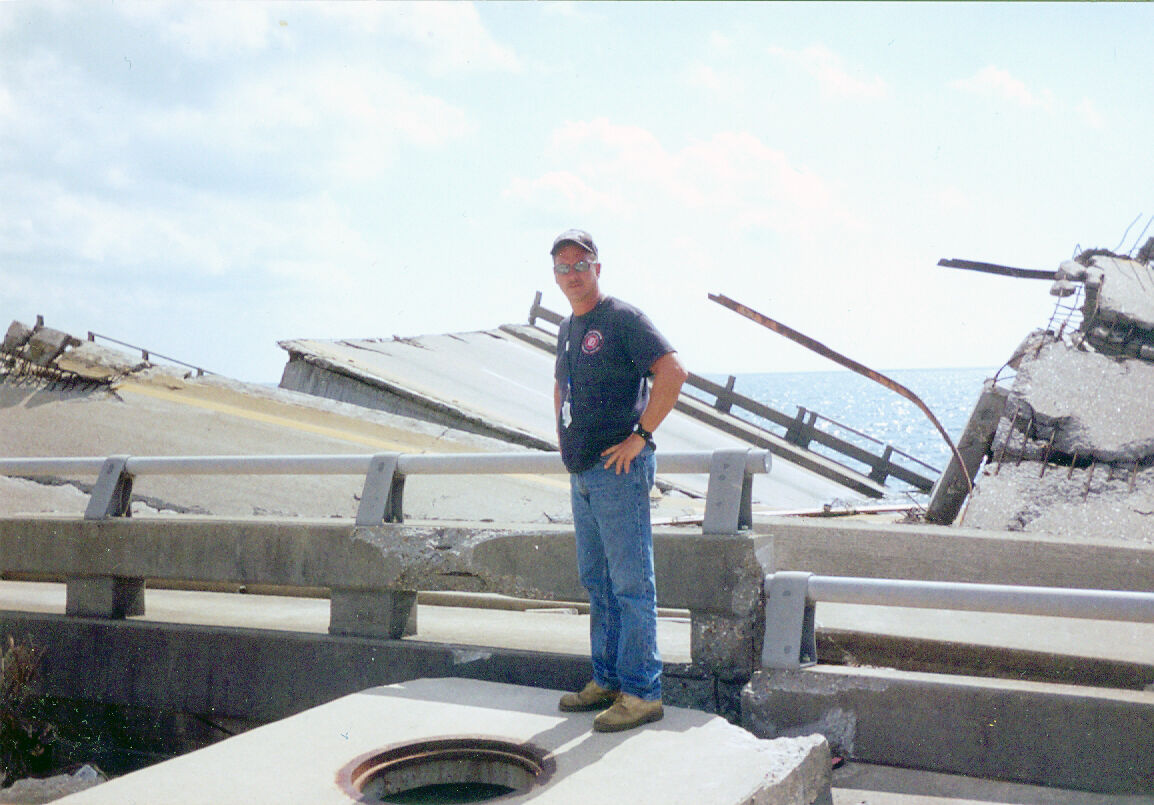 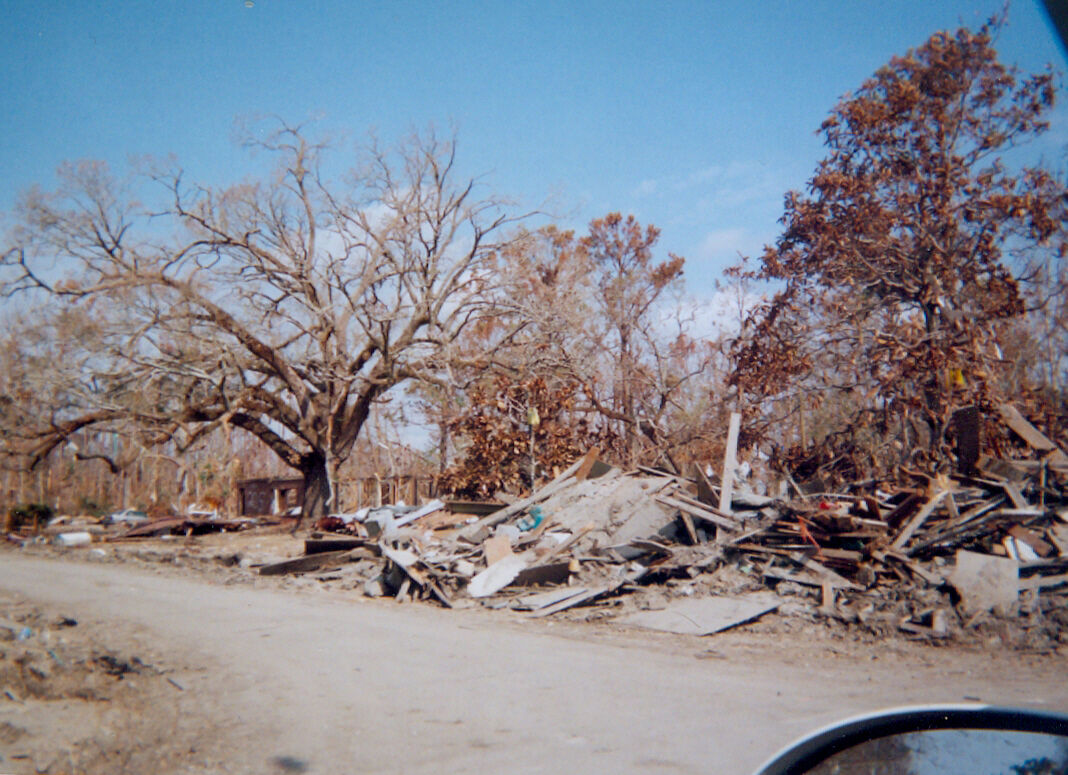 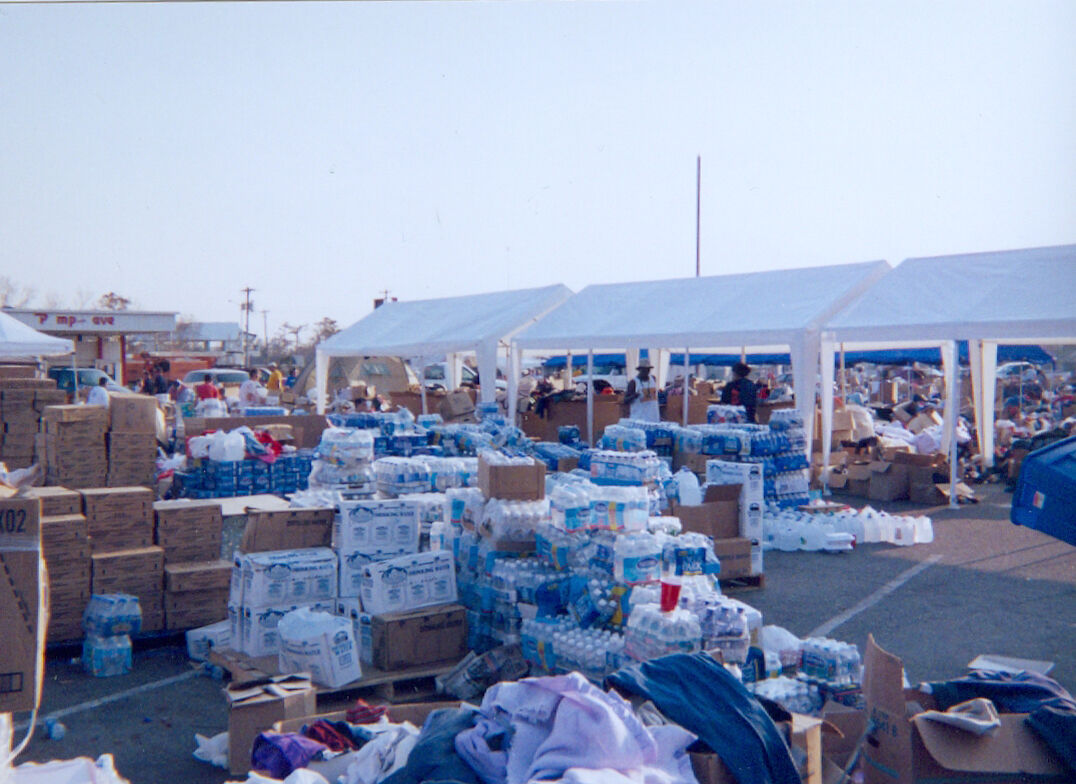 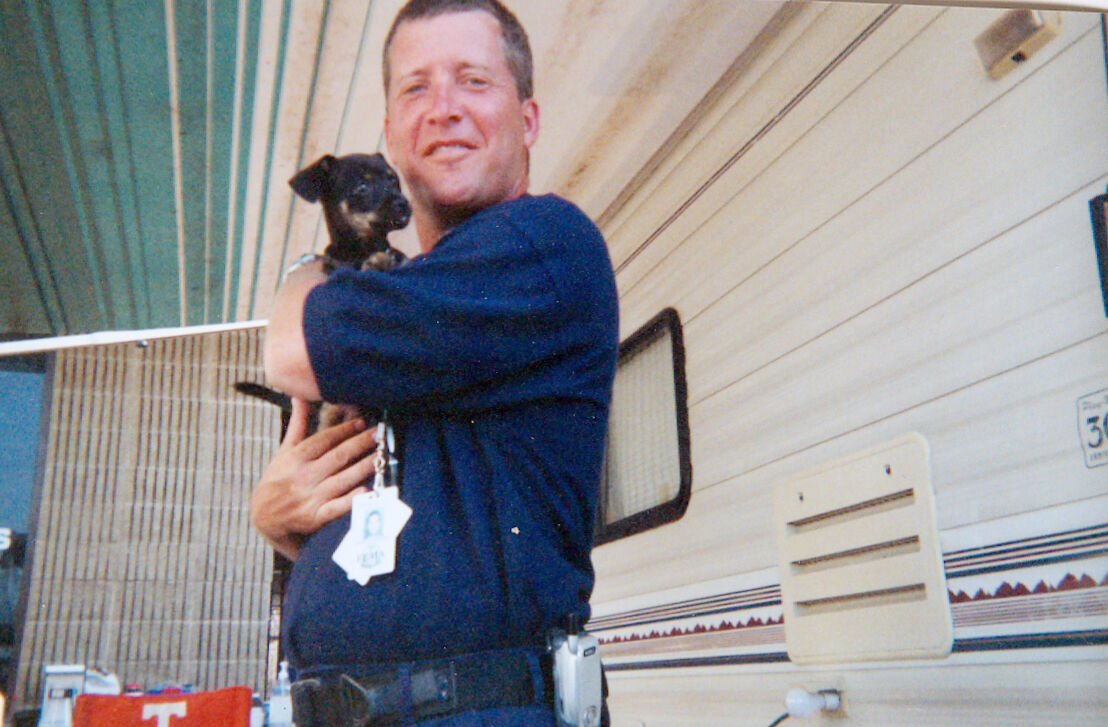 Jerry Coleman holds an orphaned puppy in Waveland, Miss. The puppy was adopted by pipeline workers.

Jerry Coleman holds an orphaned puppy in Waveland, Miss. The puppy was adopted by pipeline workers.

On Aug. 29, 2005, Hurricane Katrina entered history as the largest and third strongest hurricane to make landfall in the United States. In the days and weeks that followed, Americans from every walk of life joined in the recovery effort, and an overwhelmed federal government reached out to the International Association of Fire Fighters to ask for volunteers to assist in those efforts. Gerald Coleman, the current chief of the Washington Fire Department, and I answered that call and were selected as part of a contingent of 1,000 two-man teams from across America who were sent to the Gulf Coast that stifling autumn 15 years ago.

America was a much different country then, even though separated by a very brief period of time. Looking through the inverse telescope of history a picture emerges of a nation joined in common purpose of salvaging a singular geographic region and helping our fellow citizens. For Coleman and me, this was our experience.

After being notified that we were heading to the gulf to work under the direction of the Federal Emergency Management Agency, we requested and were quickly granted permission by our fire chief and the city of Washington to embark on this historic mission.

We were provided a list of essential items to bring with us: sleeping bags, insect repellent, rain gear, work boots, back pack, etc. Because we were both EMTs, our colleague, firefighter Nick Blumer, helped us assemble “jump bags” – small nylon back packs neatly packed with everything we would need to treat injuries in the field.

We flew from Pittsburgh to Atlanta, where FEMA had a massive orientation and induction center. There, we were given tetanus and hepatitis inoculations, issued FEMA uniforms and laminated identification cards and government cellphones – small, silver flip phones, absurdly archaic by today’s standards. And then the waiting began.

Firefighters are by nature people of action, and when called upon their natural reaction is to respond expeditiously to the task at hand and with an expectation of solving the problem. Deploying this massive force of disparate individuals required patience that those assembled did not possess. After orientation, there was left a sea of navy blue T-shirts emblazoned with the traditional I.A.F.F. Maltese cross worn by people from nearly all 50 states eager to get to the devastation and work but were instead packed into a colossal staging area where instructors tried to pass the time with pointless information. One irritated voice rose out above the collective murmuring, “We invented incident command! Why are you teaching it back to us?”

Due to the enormous amount of media coverage word quickly spread of the frustration inside the arena and as reporters descended on the scene, I had an unfortunate incident during an interview I gave to a reporter from the Associated Press. My unfiltered comment spread quickly, and in the following days I came to find out that my quote and picture were on the front page of a Chinese language newspaper in Taipei. Whether spurred by negative publicity or just the natural progress of the mission, we were soon in rental cars and making our way to the Gulf. The further south we drove the more evident the size of the event became as we moved past convoys of utility trucks going on for miles and police cruisers from dozens of municipalities from all over the eastern seaboard.

In Atlanta we were teamed with six other firefighters – four male and two female from California and Oregon – and together we comprised FEMA Strike Team No. 67. We made our way south with brief stops at an Army base in Georgia and a high school gymnasium in Gautier, Miss., before reaching what would be our home base at Stennis Space Center near Waveland and Bay St. Louis, Miss., two communities all but erased from the map by Katrina.

After an initial assignment of combing through what was left of some neighborhoods in Waveland ahead of the Urban Search and Rescue (USAR) teams, our first job was setting up a relief center in the parking lot of a Piggly Wiggly grocery store. When we arrived the scorching asphalt was strewn with all manner of items that had been cobbled together by an itinerant Good Samaritan from Florida who had driven his RV to this spot and began a haphazard, if well-intentioned, distribution center for those in need. He was none too happy to see eight representatives from the government show up and attempt to steal his thunder. Our team captain was compassionate but explained that we were there to do a job and we intended to do it. Before long he emerged from his RV and offered bottled water to all of us. By day’s end we had the area organized into a proper distribution center and began receiving and distributing water, food, clothing and cleaning supplies, all of which were now being delivered to FEMA teams all along the Gulf Coast and into New Orleans.

On our second day at that site a tony-looking couple driving a convertible Mercedes Benz pulled into the lot and got out and began sifting through a table piled with shoes. It seems the storm had made everyone equal. As I stood there watching this elegant pair I couldn’t help but wonder, how did you manage to save that car but don’t have a decent pair of shoes?

Our days passed with new assignments throughout the region. On a sweep of a neighborhood now marked with fluorescent orange spray paint by the USAR teams (each painted symbol indicating their findings, bodies, hazards, clear) we happened upon a team from Rhode Island. Because of Coleman’s extensive training and networking he knew some of the members and they marveled at the coincidence.

One day we were assigned to sweep through the back country to contact survivors who had been driven from their homes and provide them with whatever necessities they required. We came upon one such couple living in a broken-down trailer. The woman was distraught and pleaded for cleaning supplies and disinfectant so that she could clean her home in Waveland and return to it. When we brought her the supplies she requested, her husband ushered us out of the trailer and informed us that his wife had had a complete mental breakdown and that they had no home to return to because it was gone and she could not accept that fact. Heartbreaking scenes of this kind of human devastation played out again and again throughout the region.

There was pathos as well as dark humor. In front of one business the owner had spray-painted a sign on plywood to ward off looters: “I’m in here 3 nights a week with a shot gun, an ugly woman and a mean dog …. you guess which 3.”

Like anything life falls into a routine. Our time at camp was no different. If you ever wonder where your federal tax dollars go, pray that a good portion goes to the U.S. Forest Service. Their skill at logistics and mobility are a wonder to behold. The camp was made up of tents that held up to 100 people with yellow flexible tubes a foot and a half in diameter that cooled the tents at night. The food was outstanding, considering they were feeding several hundred people at a time. Each day we returned to camp at sundown and stripped off our uniforms that were soaked in sweat, and each morning those uniforms would be laundered and folded in nylon bags ready to begin the whole process all over again.

As I look around the nation in 2020 and the response to the pandemic I think back to that time standing amid the ruin of people’s lives while gray Sea Stallion helicopters buzzed constantly overhead and the gratitude of those we met who marveled that we had traveled so far to help, and I remember a different America. I think back on the personal sacrifices people like Chief Coleman and so many others made so that the suffering of their fellow citizens would be alleviated if just a little, and I remember a different America. I saw firsthand resilience, patriotism, selflessness and compassion. What I never saw were political parties, race, gender or religious differences, only Americans working together.

I remember a different America, and I miss it.