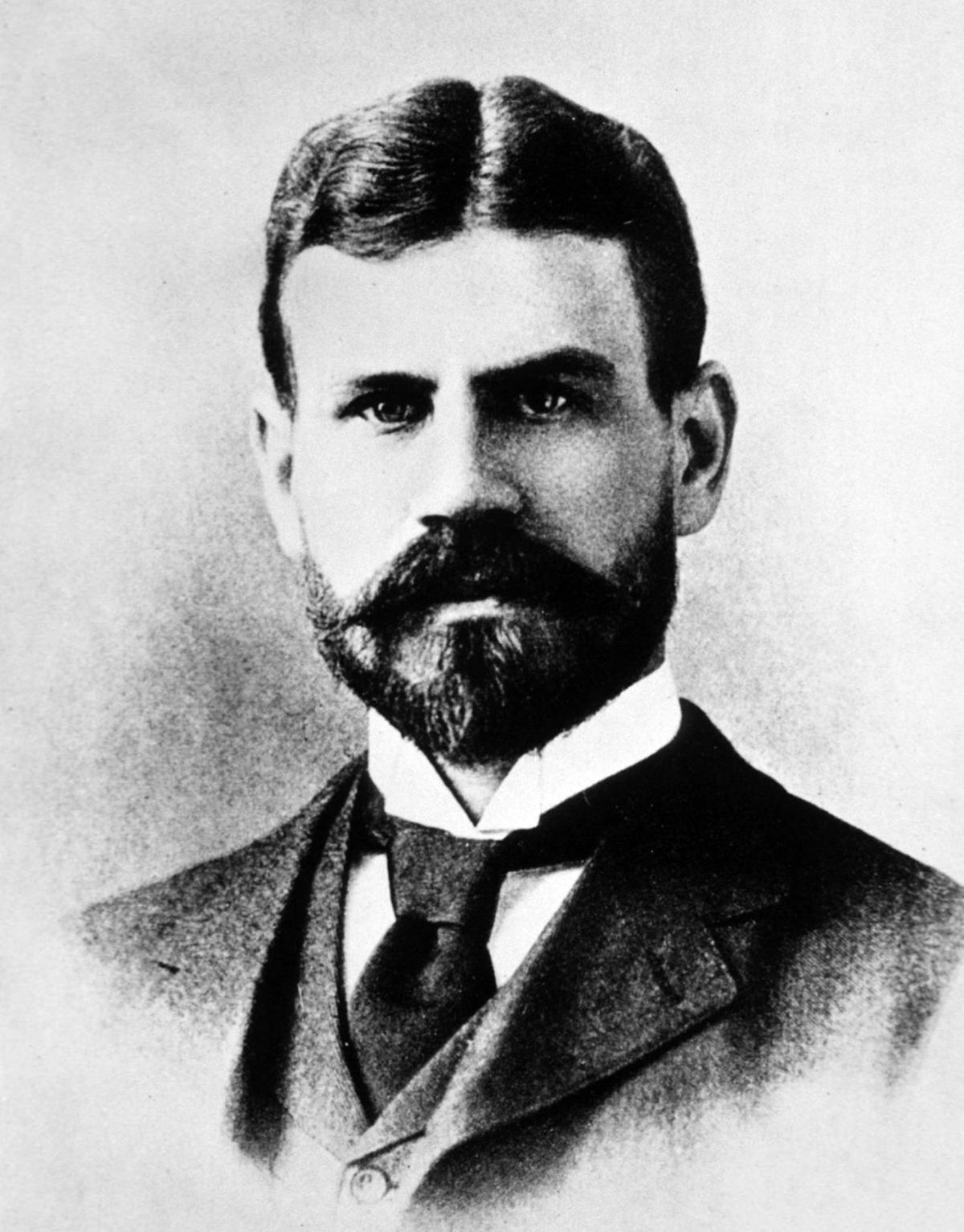 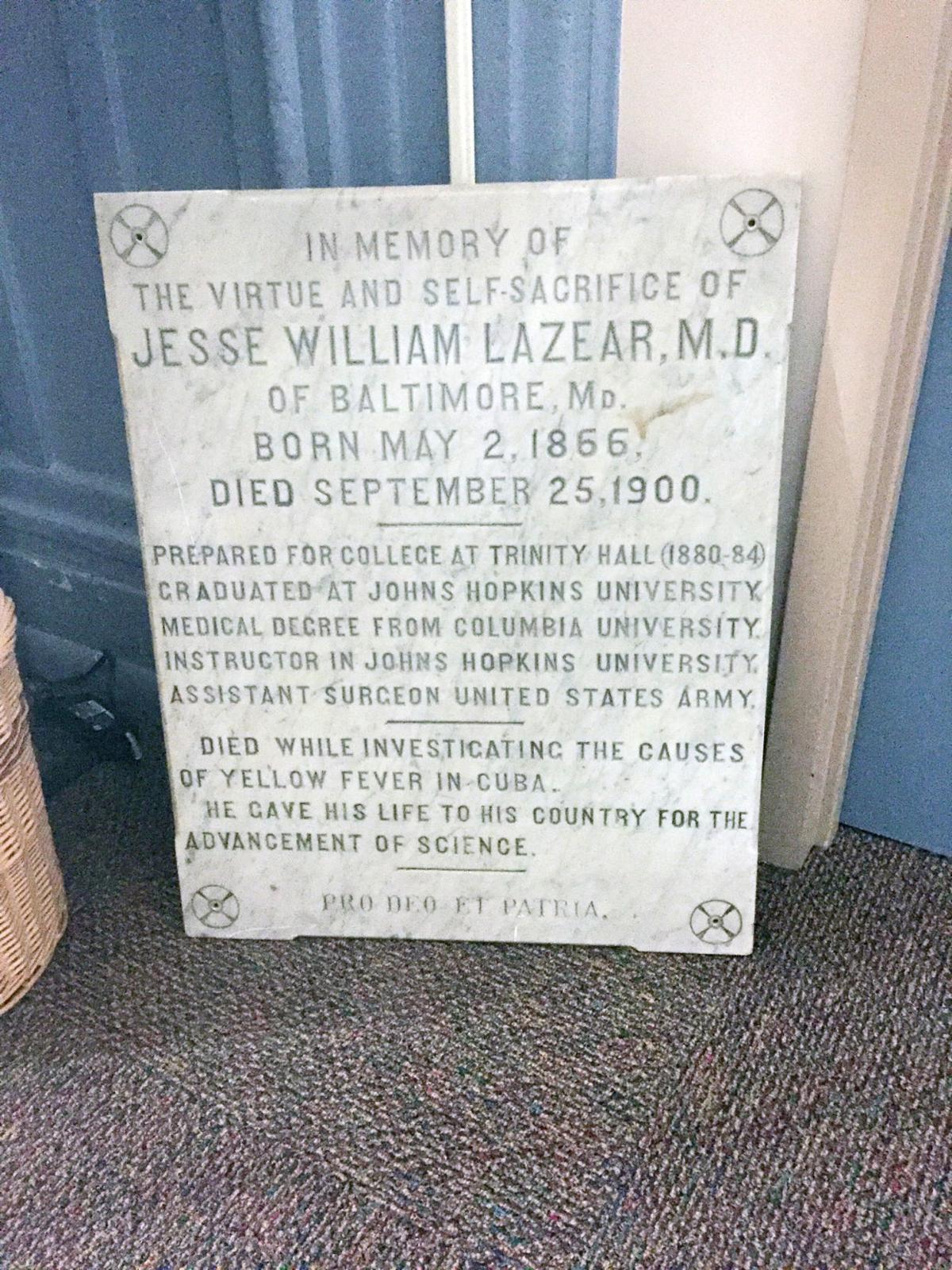 A disease was killing thousands across the globe, and ravaging urban areas like Philadelphia. There was no vaccine. A U.S. Army officer who was on the front lines of the battle against the pathogen sacrificed his life.

The epidemic was yellow fever, the time was the turn of the 20th century, and the officer was Jesse W. Lazear, a graduate of Trinity Hall Academy and a former Washington & Jefferson College student.

Although yellow fever is not common in the United States today, the federal Centers for Disease Control and Prevention addresses it, mainly for travelers to Africa and South America. Virologists now know it is spread to people by the bite of an infected mosquito, but that was unproven 120 years ago.

Illness ranges from a fever with aches and pains to severe liver disease with bleeding and yellowing skin, known as jaundice. Yellow fever infection is diagnosed by laboratory testing, a person’s symptoms, and travel history. There is no medicine to treat or cure infection, but there is a modern vaccine.

In a column in the Observer-Reporter archive, Dr. C.D. Dieter wrote that a yellow fever epidemic in Philadelphia literally decimated the population of the City of Brotherly Love between Aug. 1 and Nov. 9, 1793, then the seat of the federal government. President George Washington and other officials forsook the place.

In southern states, conditions could be even more conducive to the contagion.

“There were 135 major yellow fever epidemics in cities in the Western Hemisphere between 1668 and 1893,” Dieter, a Washington & Jefferson science professor, wrote in his 1971 column.

In the 18th century, no one knew the cause of yellow fever, but a physician Benjamin Rush, a signer of the Declaration of Independence, correctly surmised it was a disease of the blood. However, he incorrectly attributed its cause to general debility due to “noxious effusion of gases and violent disturbances of the emotions.”

The sickness was also called “the yellow jack” because of the color of the quarantine flag that was raised in areas experiencing an epidemic.

“Thousands of Americans from the south came northward by various means of transportation to avoid the disease,” Dieter wrote.

In the 1880s the French government had undertaken a huge project in the building of the Panama Canal to facilitate ships’ travel between the Atlantic and Pacific oceans without having to round the entire continent of South America.

The French, however, were stymied by yellow fever and malaria, and Americans were determined to pick up where the French left off, according to Dieter.

The scourge was profound. In a history series compiled in book form in 1980 by the Observer-Reporter, local author Harriet Branton wrote that during the Spanish-American War, more men died of yellow fever than in combat, and the death toll from the disease “often reached 200 men per day.”

Surgeon General George Sternberg organized a U.S. Army Yellow Fever Commission in 1900 headed by Maj. Walter Reed. Appointed to the task force was Dr. Jesse Lazear, who had applied for service in the Army that year.

Members of the commission conducted research in Cuba. Branton noted “Lazear was in charge of the care and feeding of insects that were used in a series of painstaking experiments on human volunteers. Animals were not susceptible to the disease.”

Lazear became ill Sept. 18, 1900, and stayed in his quarters. The next day, he had all the symptoms of yellow fever, and he died the next week at age 34.

It was discovered after his passing that he had purposely infected himself with the bite of the Aedes aegypti mosquito, the name of which translates to “unpleasant Egyptian,” according to Dieter.

The female of this species, and, it was later discovered, one other type of mosquito, transmit the yellow fever virus into the bloodstream with a bite.

Yellow fever still afflicts people today, and the CDC estimates there are 200,000 cases of disease and 30,000 deaths each year, with 90% occurring in Africa. Twenty to 50% of infected people who develop severe disease die.

“The Jesse Lazear building served as the primarily educational building for chemistry, including labs,” for 70 years, according to Kelly Kimberland, vice president for communications and marketing at the college.

Trinity School District inducted Lazear as part of its distinguished alumni wall a year ago this month.

The district also honored him with a plaque which is now part of the Trinity School District museum on the ground level of the administration building.

It reads, in part, “He gave his life to his country for the advancement of science,” and translation of the Latin inscription, “Pro Deo et Patria,” means “For God and Country.”