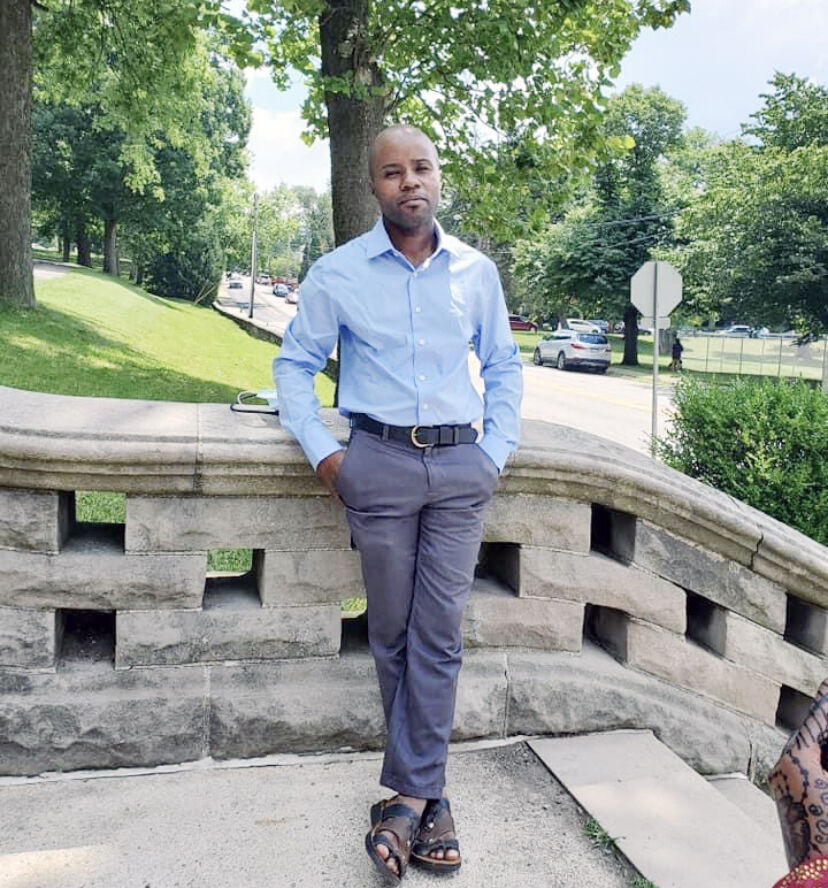 Aweys Mwaliya, executive director of Somali Bantu Community Association of Pittsburgh, said his community feels relief and hope since President Biden signed the executive orders, including the one that officially ends the travel ban. 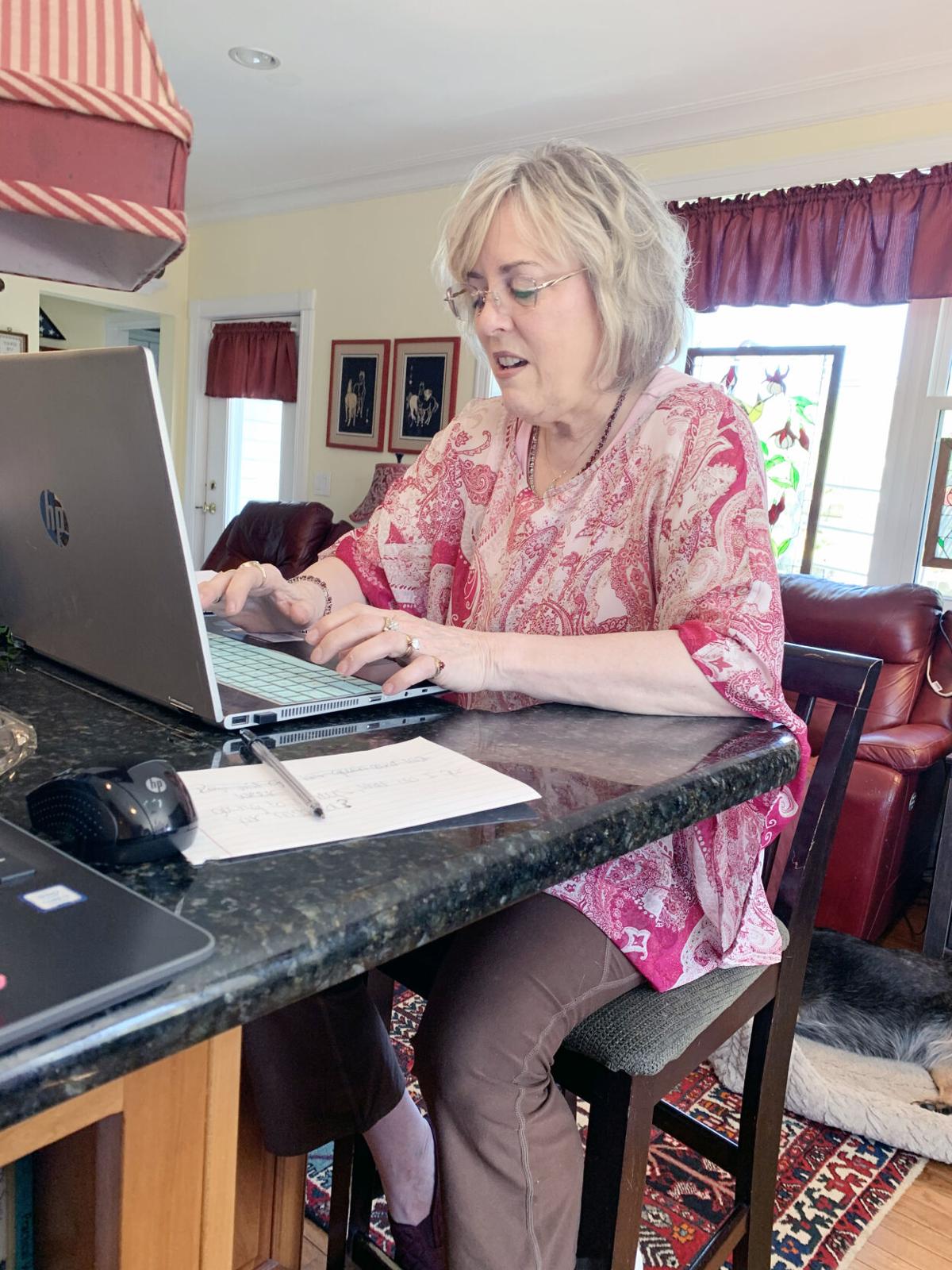 Kris Drach of the Literary Council of Southwestern Pennsylvania conducts distance learning classes in this file photo from June.

Aweys Mwaliya, executive director of Somali Bantu Community Association of Pittsburgh, said his community feels relief and hope since President Biden signed the executive orders, including the one that officially ends the travel ban.

Kris Drach of the Literary Council of Southwestern Pennsylvania conducts distance learning classes in this file photo from June.

Biden’s actions included efforts to preserve Deferred Action for Childhood Arrivals, or DACA, a program that has protected hundreds of thousands of people who came into the United States as children from deportation since it was established under the Obama administration in 2012.

“I was thrilled with the steps he took, especially to help the DACA-status immigrants,” said Kris Drach, president of the Board of Directors of the Literacy Council of Southwestern Pennsylvania, which provides English as a Second Language (ESL) classes and citizenship preparatory classes to area immigrants, including those in the Washington area. “There are many young DACA men and women in our community, and it’s outrageous that they faced deportation. They were brought here at a young age, and they’re as American as anyone I’ve ever met.”

Biden signed other executive orders to lift the travel ban on people from predominantly Muslim countries; to stop construction on the U.S.-Mexico border wall; to reverse plans to exclude people in the country illegally from the 2020 census; and to extend temporary legal status to Liberians who fled civil war and the Ebola outbreak until June 2022.

Additionally, Biden unveiled an immigration bill that would give legal status and a path to citizenship to anyone in the United States before Jan. 1 – an estimated 11 million people – and reduce the time that family members must wait outside the U.S. for green cards.

Aweys Mwaliya, executive director of Somali Bantu Community Association of Pittsburgh, said his community feels relief and hope since Biden signed the executive orders, including the one that officially ends the travel ban.

Mwaliya said many Somalis in the Pittsburgh area were awaiting the arrival of family members in the United States in early 2017, but their plans were derailed when former President Donald Trump signed the executive order banning refugees from seven Muslim-majority countries – including Somalia – from entering the United States.

“Our reaction is we are so happy that the discrimination on immigration and against Muslims is going to be lifted. This is going to reunite people,” said Mwaliya, who fled civil war in Somalia in 2004. “We didn’t have that hope that our families might be coming to the United States. The hope that the people who we love are going to get to come to the United States to be with us now is there, and it wasn’t before. We have thousands who already passed the immigration vetting process but were kept there because of the ban.”

“To many families have suffered needlessly under the Muslim ban. I can honestly say, it was a sigh of relief and a good start for the first day,” said Christine Mohamed, Executive Director of CAIR-Pittsburgh.

Advocate groups want Biden to establish a fair, humane and orderly immigration system, but they also want his administration to address mistakes made by prior administrations.

“We expect the Biden administration to go further by addressing systemic injustices within the federal government that led to religious and racial profiling of Muslims and immigrants under multiple administrations,” said Mohamed.

After four years of hardline immigration policies, advocates like Drach feel hopeful that the new Biden administration will have an impact on the way immigrants have been treated.

“There has been a climate of anti-immigration that has hung like a cloud over this country for the past four years, and it’s made immigrants’ lives much harder,” said Drach. “People felt empowered to publicly express their hatred, and were emboldened to harass.”

Drach said the literacy council’s immigrant students have reported more incidents of harassment in recent years, prompting the nonprofit to pursue a grant to implement a safety and awareness program for immigrants and the community.

“It breaks my heart that they have to deal with this, and the level of hatred and prejudice that exists,” said Drach. “In the last four years, I’ve seen a decline in the acceptance of our immigrant population. We are a multi-cultured country and that is our strength.”

Mwaliya said he, too, hopes Biden’s actions result in an America that is more open and accepting of immigrants.

“The (travel) ban implies that all people from Somalia are not good people. It brought a lot of challenges that we have been facing, and it has affected us the way people interact with us,” he said. “But (the reforms) are going to be good for all of us.”