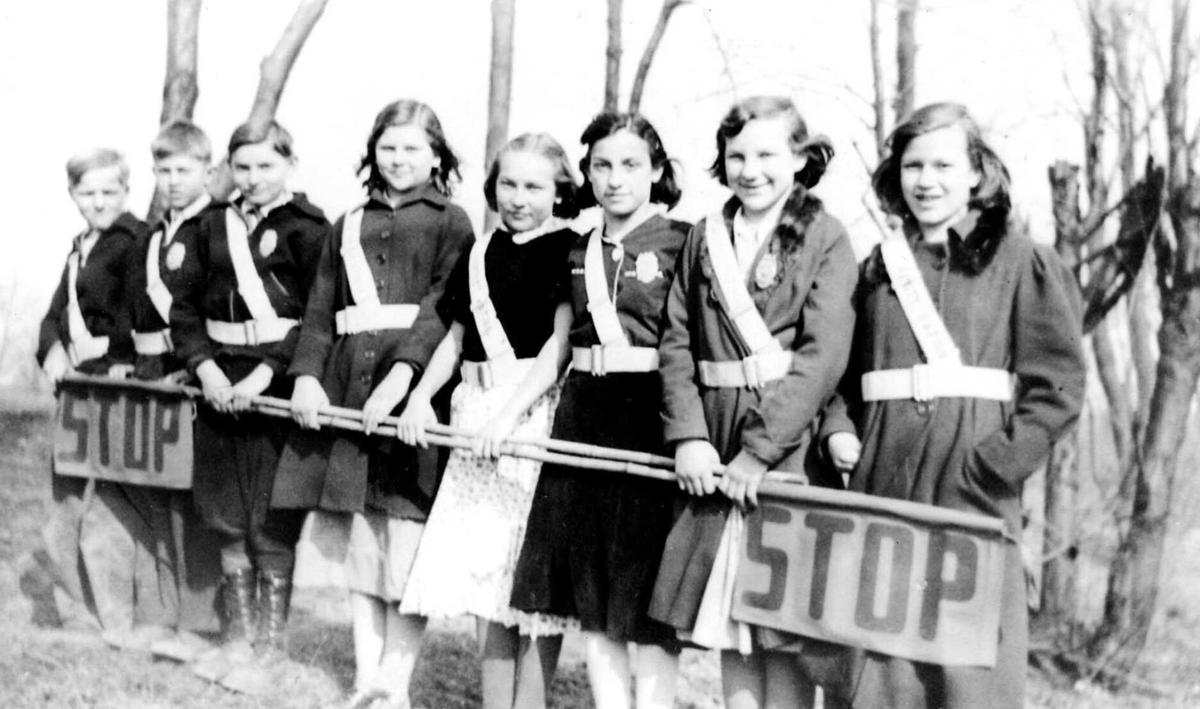 At center in the white skirt, seventh-grader Helen Urban-Katrencik was a AAA School Safety Patroller in Hendersonville in 1938. The now 96-year-old lives in Houston. 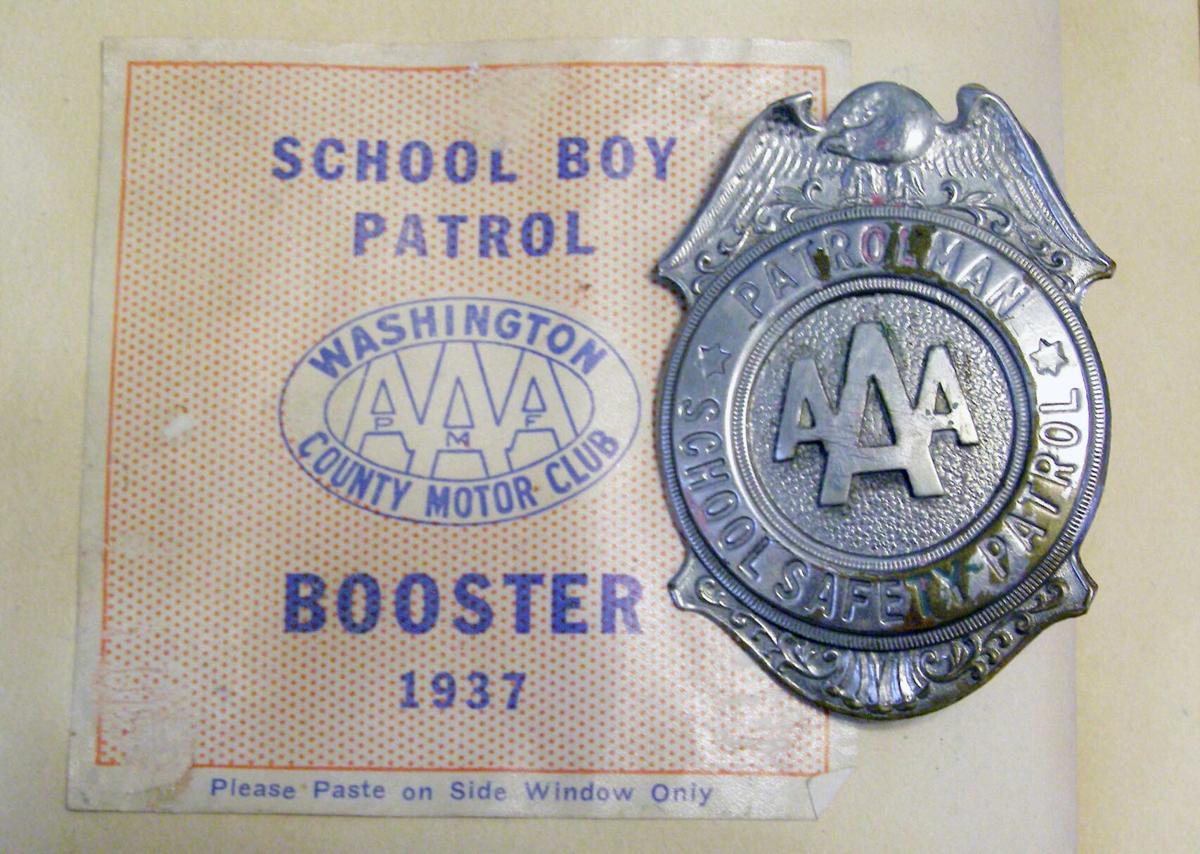 Helen Urban-Katrencik, 96, of Houston, still has her certificate and badge from when she was a AAA School Safety Patroller in Hendersonville in 1938. 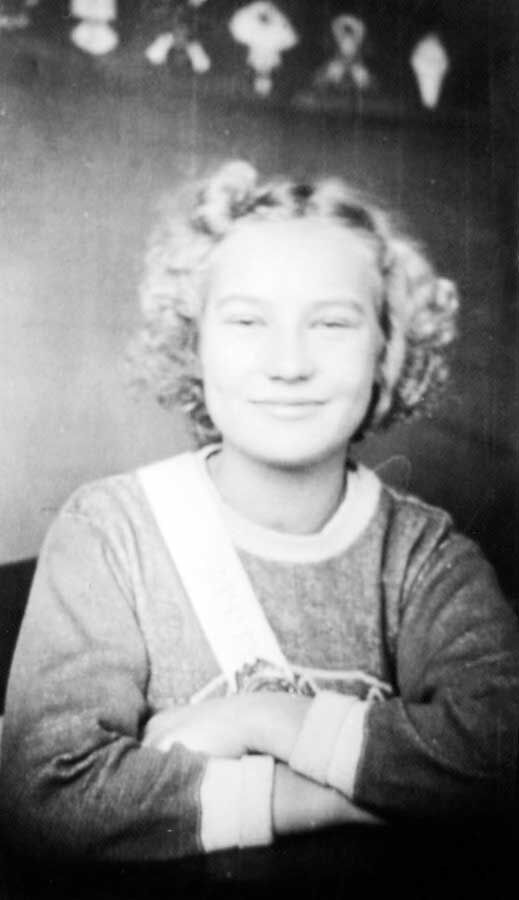 Seventh-grader Helen Urban-Katrencik was a AAA School Safety Patroller in Hendersonville in 1938. Now she’s 96 and lives in Houston.

At center in the white skirt, seventh-grader Helen Urban-Katrencik was a AAA School Safety Patroller in Hendersonville in 1938. The now 96-year-old lives in Houston.

Helen Urban-Katrencik, 96, of Houston, still has her certificate and badge from when she was a AAA School Safety Patroller in Hendersonville in 1938.

Seventh-grader Helen Urban-Katrencik was a AAA School Safety Patroller in Hendersonville in 1938. Now she’s 96 and lives in Houston.

Helen Urvan-Katrencik of Houston had a very important job in 1938, when she was in middle school.

She was one of the first girls allowed to participate in the AAA-sponsored School Safety Patrol program in Hendersonville to assist school-age children cross the road.

“We had no bus service back then,” Helen, now 96, explained in a recent interview. “Students had to walk down the big hill, then they had to cross the main highway, and the patrols had to handle the children, to get them all across that main road.”

Highways looked a little different in 1938, Helen said. To get to Pittsburgh from Washington or Canonsburg, one had to drive through Hendersonville, she said. Students had to cross the main road several times, as they always walked home for lunch, Helen said.

The teacher selected who would be a safety patroller. They wore badges, white belts with a shoulder strap and, if it rained, were outfitted in matching raincoats. They carried a large bamboo pole with stop flags at each end.

“Nowadays they have patrols, but they sit on a bus and monitor the children – we actually stopped traffic,” Helen said. “The thing is, there were never any accidents or people running through a flag or people falling down. The people respected when we had our badges and our flags out.”

To participate in the safety patrol program, launched by AAA 100 years ago, students had to be in seventh or eighth grade, she said. Safety patrollers were almost always boys.

“In those days, we had a teacher who decided she wanted girls to do it, too,” Helen said. “She was up in age already and she was very pro-feminine.”

Helen said there were eight of them at the Cecil Township school: five girls and three boys. She didn’t realize at the time that they were the only female safety patrollers in the state.

“We were the first girls,” she said. “But we didn’t know that until we went to Washington, D.C., and all the boys started coming off the buses.”

Every year, Helen said, AAA sponsored a trip for the young patrollers nationwide to visit the nation’s capital. Students from all over would participate in a parade on Pennsylvania Avenue. Since they were the only girls representing Pennsylvania, they were chosen to carry the banner and lead the state’s section in the parade.

“At the time, we were just so excited to go,” Helen said. “I still have my badge.”

She said the students had to raise $12 by selling candy bars to participate in the weekend trip.

“It seemed like so much money back then,” she said. “Money was scarce.”

Helen’s work as a safety patroller was featured in this month’s local AAA Motorist newspaper, but there’s more to her story than safety patrol. She was one of eight children, and the only one to graduate from high school, she said.

“Her parents didn’t speak English,” Jerry said. “When you’re an immigrant living in an American farmland, you’re kind of an outcast.”

“My mom was instilled with a do-or-die attitude to survive the depression, especially when her father passed and they had to live out of the garden,” Jerry said.

Having lived through the Great Depression, Helen has scrapbooks containing food and supply ration stamps. She remembers the day her teacher brought the radio down from the shelf and turned it on during class so the students could hear President Franklin D. Roosevelt declare war in 1941.

In 1945, Helen married her childhood sweetheart, Joe Katrencik, before he joined the U.S. Army for a year.

“In fourth grade, he would pass me notes,” Helen said.

“We’re all very proud of her, of course,” Jerry said.

When Helen’s husband died in 1979, she decided to revisit her Lithuanian heritage and join a Lithuanian club in Pittsburgh’s Southside. She’d dress in costumes for festivals and sing with their group on tour all over the country, Jerry said. Before the Iron Curtain fell in 1989, Helen took a trip to Lithuania to visit relatives, Jerry said.

She also worked at the Chartiers-Houston Library for about 30 years, where she helped establish a summer reading program.

“All of our lives were impacted intensely by Mom’s go-getter work ethic,” Jerry said about his family. “It caused us to work harder.”