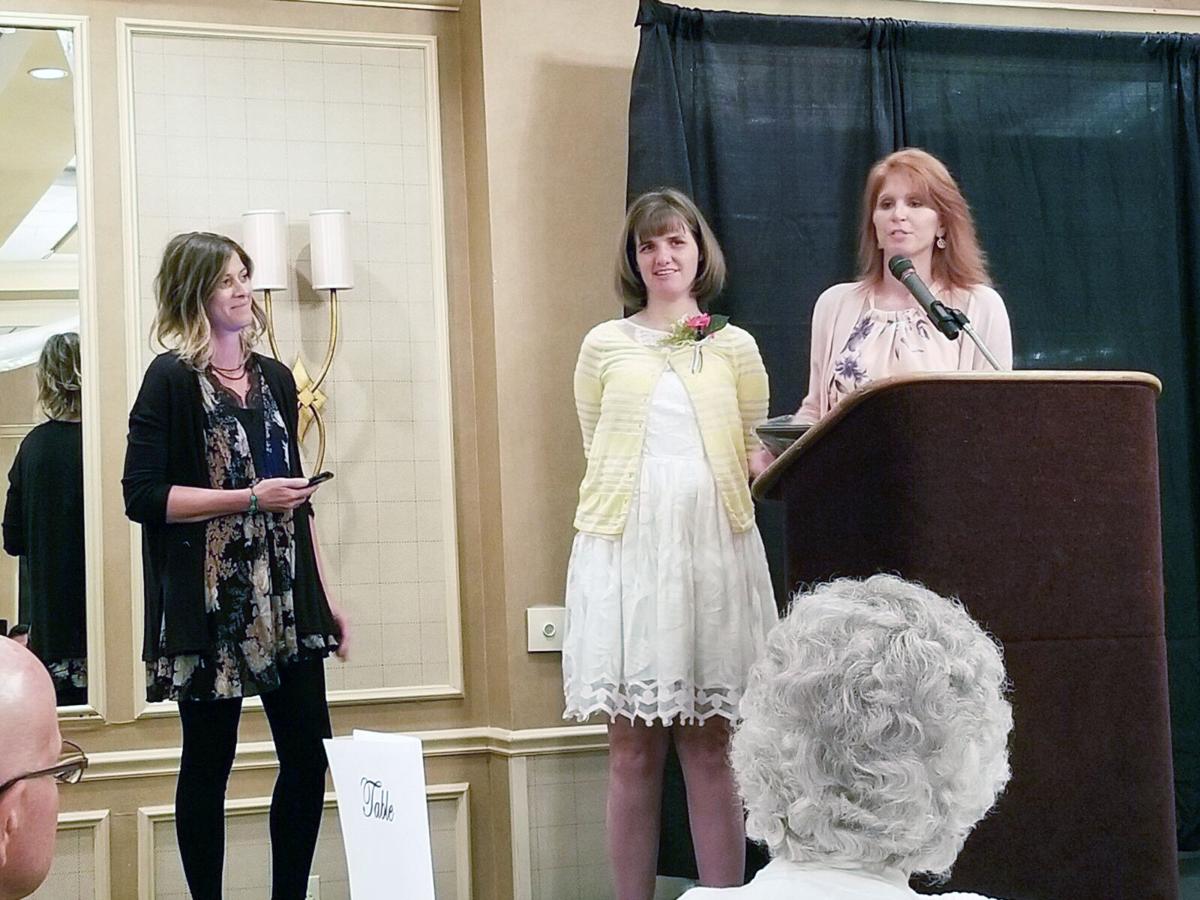 Cherie Mazutis, right, has been recognized for her nearly 26 years of service as a volunteer with Special Olympics Pennsylvania – Washington County. 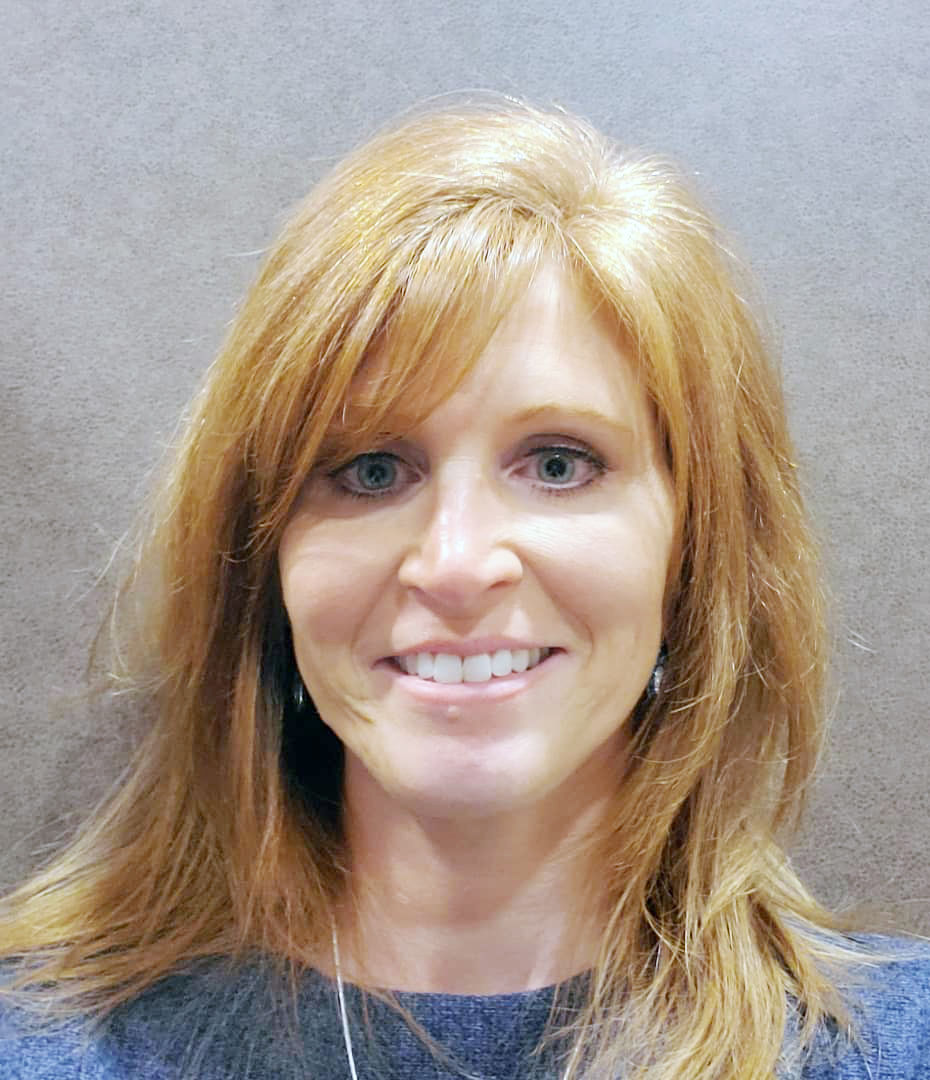 Cherie Mazutis, right, has been recognized for her nearly 26 years of service as a volunteer with Special Olympics Pennsylvania – Washington County.

Editor's note: This story has been updated to correct the spelling of the name of the Special Olympics Pennsylvania CEO.

For more than a quarter of a century, Cherie Mazutis dedicated herself, her time and her family to Special Olympics in Washington County.

Now, she has decided to step down as manager to devote more time to her immediate family.

The Houston resident is not leaving Special Olympics behind: She will remain involved as a volunteer. Mazutis won’t be in charge anymore.

“I want to travel and do things with my family and just take a step back,” said Mazutis, who with her husband, Scott, has three children, son Stone, 22, daughter Macy, 20, and son, Ty, 18.

Mazutis received a plaque, a letter from Matt Aaron, SOPA president and chief executive officer, and a certificate of appreciation.

“I had no idea,” Mazutis said. “My husband and I went to the dinner. All of the sudden my daughter walked in. I said: “Aren’t you supposed at be at IUP (Indiana University of Pennsylvania)? My older son walks in and I’m wondering why he was there. Then my in-laws walk in, and I knew something was going on. It was wonderful. It was really nice to receive that recognition and be presented with the award.”

Her mother, Norine Mumbray, took her to a bowling event at the Alpine Lanes in Washington. She was hooked.

“It was a buddy bowling event and I was assigned a young girl,” Mazutis said. “I was to go everywhere she went. That day, I knew I wanted to be involved.”

Mazutis, a 1990 graduate of Chartiers-Houston, graduated from DeVry University in Ohio, along with her husband, in three years. The couple were married in March 1994.

“I started with Special Olympics right out of college,” Mazutis said. “I answered an advertisement in the newspaper to be a track coach for Special Olympics. I thought I could do it. I was a buddy bowling Special Buddy when I was 10 years old.”

The track coach then became the manager a few months later.

Mazutis was responsible for supervising the program’s management team and overseeing all aspects of administration.

Under her leadership, Special Olympics Pennsylvania – Washington County flourished. The program added sports, grew the number of athletes it served and increased its volunteer core. Mazutis’ charge was to find new opportunities for the athletes in order to help them gain confidence.

“Cherie is known for always wearing a smile and being a great friend to every athlete that she meets,” said Jim Binz, Western Field Director. “She has always worked hard to provide our athletes the best experience possible and grow Washington County into a well-run program with dedicated and strong coaches.”

Ron Nowak worked with Mazutis for many years, serving as a basketball coach. He has served in that role more than 20 years. He said Mazutis’ commitment and success with Special Olympics is incomparable.

“She’s a good person with a good heart,” Nowak said. “Cherie didn’t pull any punches. She made decisions in fairness and with the organization at the forefront. She always kept everyone and everything in line by doing things the proper way.

“She’s going to be very hard to replace.”

Mazutis handed the reins to Jody Knight, who has served as Washington County’s assistant manager, who officially started her new role Jan. 1.

“My passion is always to spend time volunteering with the athletes,” Mazutis said. “I look forward to still enjoying good times and supporting Special Olympics Pennsylvania in Washington County.”

Mazutis’ entire family has been involved in Special Olympics and credits her mother- and father-in-law, Mary Jane and Sam Mazutis, for being integral in the organization through the years.

Mazutis’ interest in Special Olympics has never been self-serving, as she does not have a special needs child involved.

What she does have is an immense number of friends and wonderful memories.

“I often felt selfish if I had a bad day I could go be around an athlete and make myself feel better,” Mazutis said. “But my husband reminded me that it’s really been about changing other people’s life for the better.

“It really was so much about a greater good. I didn’t have an athlete in the sports. I didn’t have a vested interest, just an outside view. To me, I think the county is in a better position. I do feel proud, but I think you always think of things you could have done better.

“You always wish you could do more. But I have kids and a full-time job (with Henry F. Teichmann Inc. of McMurray). Jody brings a different perspective. She has a child involved, and she has more time to devote to it. I would encourage everyone to volunteer and to help. It has brought me a lot of joy.”