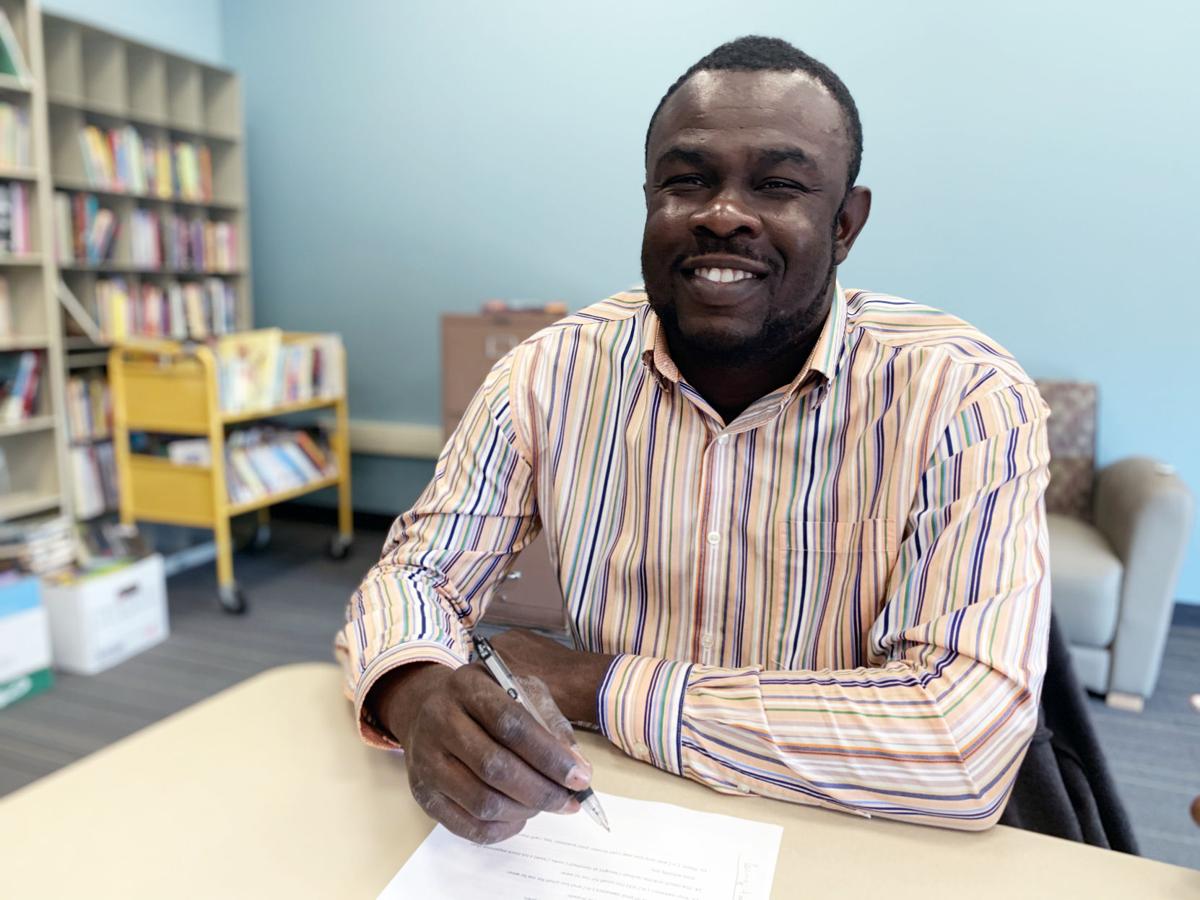 David Seide fled to the United States in 2017 after a local official in the Haitian village where he lived paid hit men to kill him for attempting to open a kindergarten school. Seide takes English classes through the Literacy Council of Southwestern Pennsylvania. 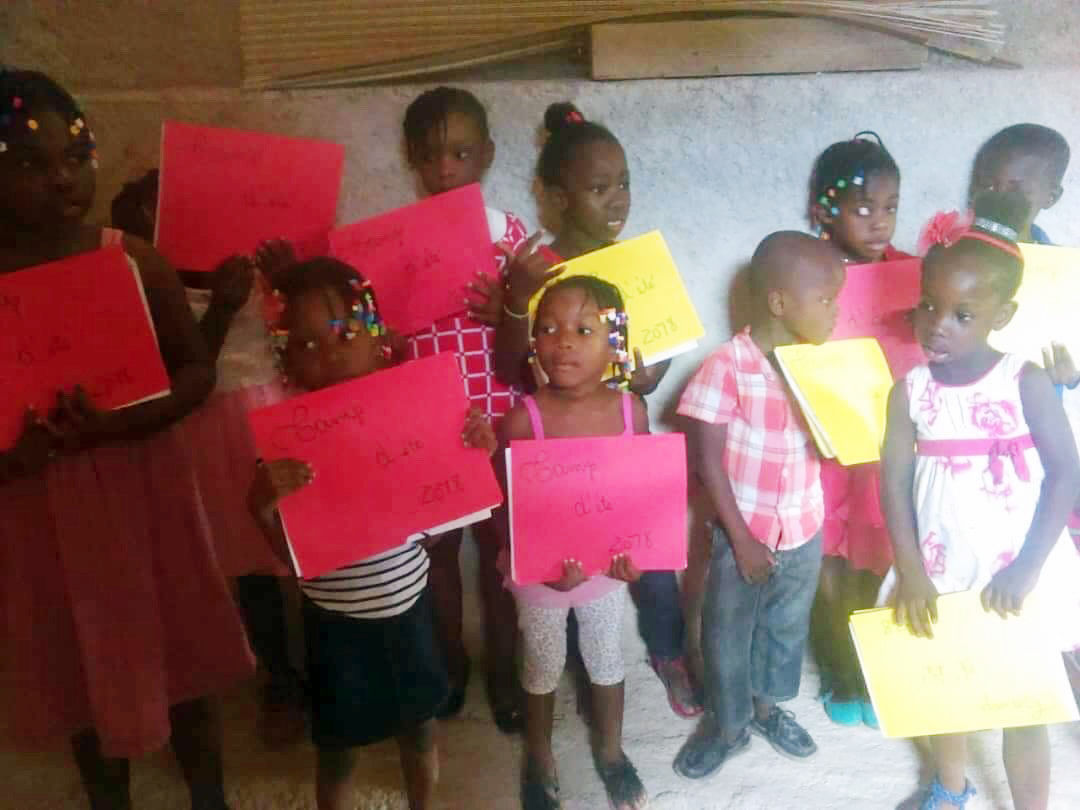 Vacation school students show off folders with work they completed at a school David Seide built in a mountainous village in Haiti to provide an education for children in the town. 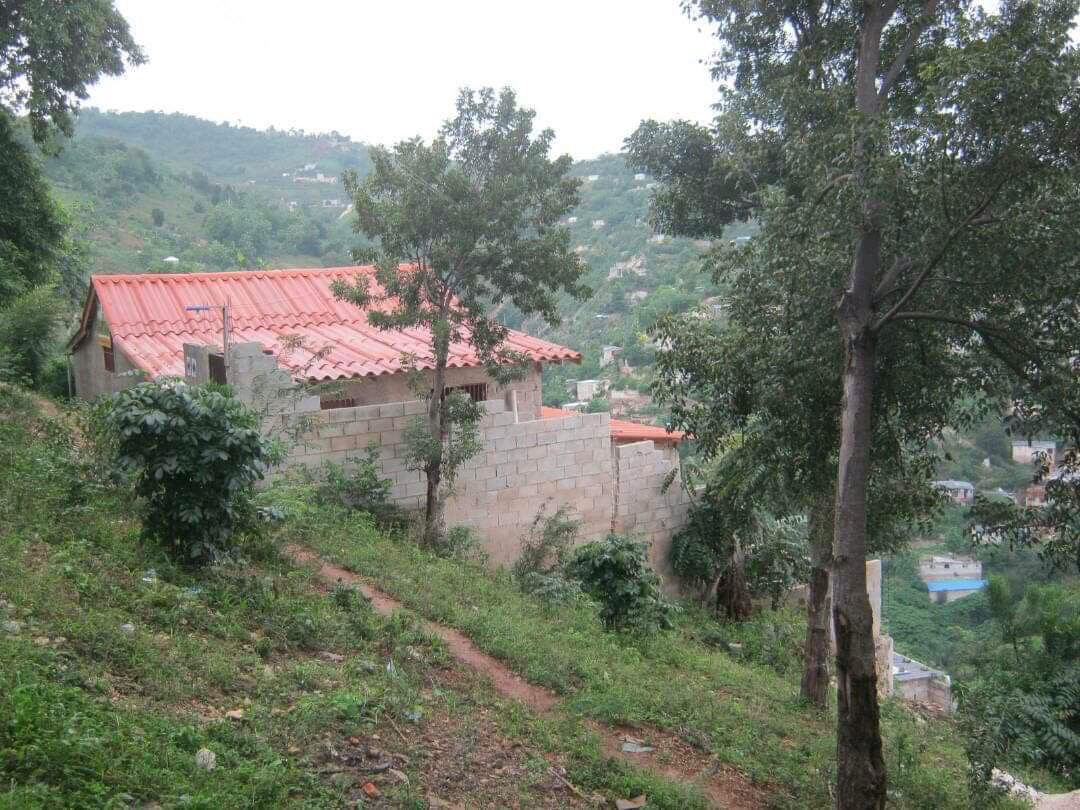 The school in a mountainous village in Haiti that David Seide built to provide an education to children in the town.

David Seide fled to the United States in 2017 after a local official in the Haitian village where he lived paid hit men to kill him for attempting to open a kindergarten school. Seide takes English classes through the Literacy Council of Southwestern Pennsylvania.

Vacation school students show off folders with work they completed at a school David Seide built in a mountainous village in Haiti to provide an education for children in the town.

The school in a mountainous village in Haiti that David Seide built to provide an education to children in the town.

Editor’s note: This is one in an occasional series on immigrants in our area.

David Seide was working to build a school in a mountain village near Port-au-Prince, Haiti, to provide an opportunity for local children to receive an education.

“Education is how you change things,” said Seide.

But Seide, 34, who had been employed by the United National High Commissionary for Refugees and was a persistent critic of corruption in Haiti, ran afoul of local politicians in the remote village, in Bizoton 53, Chaud’eau, Morne Jackson, who believed he was seeking political office.

In November 2017, Seide was walking to the school when a local villager asked to speak with him inside Seide’s home. He had a secret, he said.

The man told Seide he had been paid by a corrupt local official to kill him.

“He told me, ‘they gave me money and they gave other people money to kill you because you want to be the next (political representative), and with your school project, you will win,’” Seide recalled. “He warned me, ‘If I don’t kill you today, someone else will kill you.’”

He didn’t kill Seide. Instead, he accepted money and left.

Seide fled his house, taking nothing with him, and went to stay with his sister.

He called a friend, who went to Seide’s house to gather his passport and some clothes, and the following day Seide went to the bank to withdraw the little amount of money he had in his account.

He bought a ticket to the United States, where his godmother had a home in Fort Lauderdale, Fla. Two days after Seide had received the death threat, he arrived in Florida.

“I wanted to stay for four months and then go back because it was very important to me to open that school,” said Seide, who didn’t tell his mother or sisters about the threat he received.

Instead, Seide – who was granted political asylum – marked his second year in the United States Nov. 17, declining to return home out of fear for the safety of himself and his family.

One month after he came to the United States, Seide moved to Charleroi, where a Haitian friend of his was living.

He took a number of manual labor jobs to earn money, often working 50 to 60 hours a week, including at a sausage factory.

And about a month after he left Haiti, Seide’s twin brother died.

He was unable to return for the funeral.

“It was a very stressful month for me,” said Seide. “There were many frustrations and challenges my first month here.”

Since he arrived, however, Seide has found a core of supporters as he works to earn a living, pursue education, and, eventually, return home to the school.

Among them is Kenneth Lafety, who taught Seide to drive, helped him with paperwork during the asylum process, and taught him some English.

“He’s quite inspiring,” said Lafety, who worked with Seide at a warehouse and struck up a friendship. “He’s very motivated and works hard, and he’s interested in learning. He always wants more knowledge, more education. Getting to know him and his story, and what he was trying to do was interesting. His perseverance and his motivation are awesome, and what he’s been through – losing a brother and being away from your family and coming here not knowing anybody – he’s courageous.”

Seide is an educated man. After he graduated from high school, he studied theology and public administration. Funding, however, kept him from earning degrees.

He believes education can reduce poverty, and his mission has always been to provide learning opportunities for Haitian children – and he spent much of his own money to do it.

Seide started a free construction class and English class for high school-aged children in the village, and paid for teachers to instruct.

For two months, he offered a free class for 30 village children so parents could see what students do when they attend elementary school classes.

At the kindergarten school, Seide purchased a battery-operated converter to provide electricity to the classroom 24 hours a day.

The only way for children to attend school in Morne Jackson before Seide built the school was to travel on a motorcycle – sometimes as many as four children piled in front and behind a driver – down a steep and dangerous mountainside.

But, Seide met continued resistance from the local politicians, and one morning it appeared a shot had been fired into the school, Seide said.

One of his goals in the United States is to learn U.S.construction methods so he can build better structures in Haiti.

“I want to show the people of my country, even if we are in a small community, we can make it better,” said Seide. “Even if no car can come up here, we can try to have what we need to live. We need school, we need food, we need a clean house, we need comfort. We can get them in the mountain, and when we get everything in the mountain, people will make their way to us.”

One of the pivotal events in Seide’s life in the United States occurred when Lafety introduced him to the Literacy Council of Southwestern Pennsylvania.

He attends classes weekly, and brings friends from the Haitian community where he lives with him.

“He’s so completely selfless. He’s devoted his life to helping people,” said Kris Drach, a member of the Literacy Council’s board of directors and a tutor. “He’s a kind, loving, helping human being.”

He has worked from the United States to open the school, but it remains closed.

It is still his goal to get a U.S. education and to see the school operating.

“It was an important project to me. It is a humanitarian project,” said Seide. “Education is very bad there. I still hope to see my school open. Right now, that village is not a bad place because there are not too many people with guns. If there are many people with guns and more gangsters come into the village, it’s too late. You can do nothing. But I want people to go to the school and learn, that’s what I want to see.”