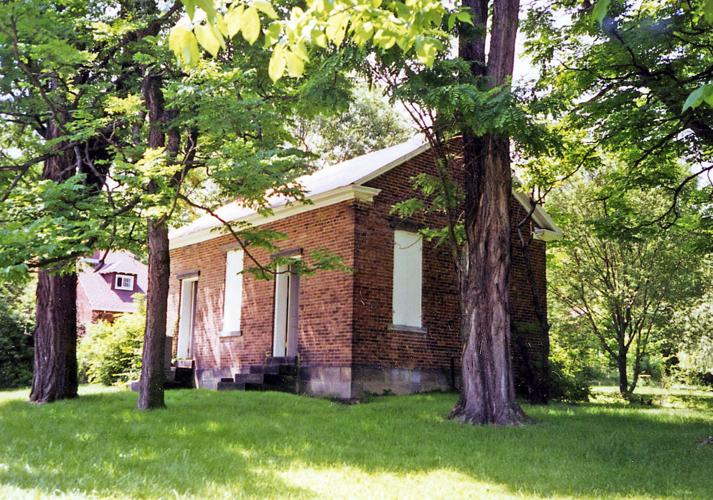 The first crematory in the United States was built in North Franklin Township in 1876 at the behest of Dr. Francis LeMoyne. 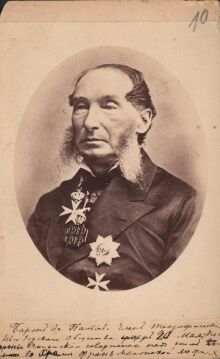 Baron Joseph Henry Louis Charles DePalm, the first person to be cremated at the LeMoyne Crematory in 1876 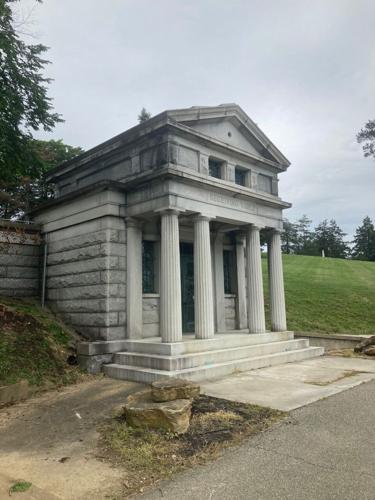 The crematorium in Washington Cemetery 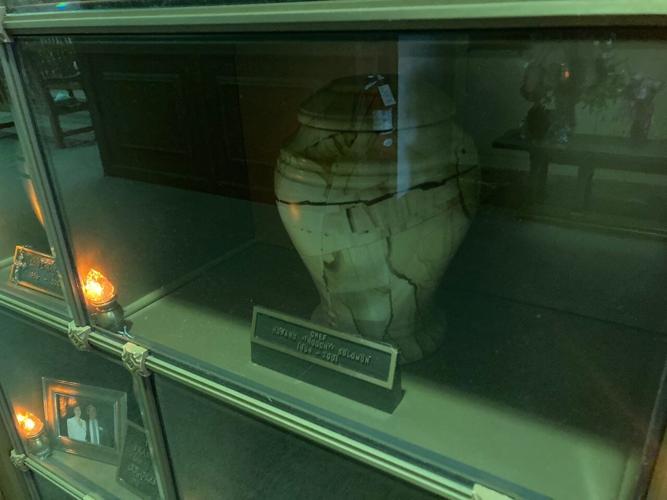 An urn containing cremated remains is in a columbarium in the mausoleum at Mt. Lebanon Cemetery. 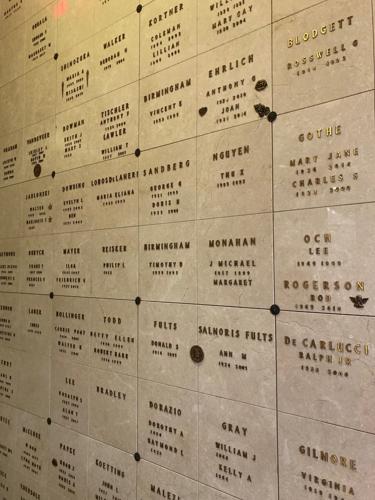 The first crematory in the United States was built in North Franklin Township in 1876 at the behest of Dr. Francis LeMoyne.

Baron Joseph Henry Louis Charles DePalm, the first person to be cremated at the LeMoyne Crematory in 1876

The crematorium in Washington Cemetery

An urn containing cremated remains is in a columbarium in the mausoleum at Mt. Lebanon Cemetery.

Dec. 6, 1876, was a Saturday, and as the day got underway in Washington, Americans still did not know who the winner of the previous month’s presidential election was. A commission established by Congress ultimately decided in favor of popular-vote loser Rutherford B. Hayes in the new year. A few weeks before, Boss Tweed was brought to justice for the rampant corruption he oversaw in New York, and just the day before, as many as 300 people were killed in a fire at the Brooklyn Theater.

In the course of 1876, Alexander Graham Bell received a patent for the telephone and Thomas Edison received a patent for a duplicating machine dubbed a mimeograph. On that Saturday morning, however, residents of Washington and scores of visitors from afar were marching up what was then called Gallows Hill to witness a spectacle that had been denounced as unholy and repulsive.

Around 8:30 a.m., the body of a Bavarian nobleman, Baron Joseph Henry Louis Charles DePalm, was placed in an oven heated to 1,300 degrees at a crematory constructed by Washington doctor Francis LeMoyne. Within a couple of hours, DePalm’s body was reduced to ash.

It was the first modern cremation in the United States. Though cremation was a practice that intellectuals and medical professionals were slowly warming to, religious authorities and the general public mostly turned a cold shoulder. And the resistance to cremation was steadfast for decades – by the 1950s, only 4% of Americans chose cremation for the final disposition of their remains.

But the practice that 150 years ago was viewed as blasphemous and barbaric is now commonplace. According to the National Funeral Directors Association (NFDA), 57% of Americans who departed in 2021 opted for cremation. The casket burial that had once been unexceptional will soon be the exception – by 2040, it’s projected that 80% of Americans will be cremated upon their death.

“The trend is heading in that direction,” said Danielle Belusko, owner of Pittsburgh Cremation and Funeral Care in Peters Township. “It’s the future of the industry.”

When it comes to cremation, though, America is playing catch-up with other industrialized nations where it has long reigned supreme. In Japan, the rate of cremation is just about 100%, and in Britain it’s 77%. In Canada, Australia, Germany and Sweden it’s about 70%. Some of the increase can be credited to religious prohibitions against cremation being lifted – the Catholic Church started allowing cremation almost 60 years ago, for instance – and some of it can be attributed to wealthy nations becoming more secular and mobile. If a family is scattered across the landscape, does it make sense to have a relative be buried in cemetery no one will ever visit?

And then there’s the simple matter of cost. The median price of a viewing at a funeral home costs, on average, $7,848, according to the NFDA, while a viewing followed by cremation is $6,971, a savings of almost $1,000. The median cost of a direct cremation is just $2,500.

Gene Rush, Greene County’s coroner and a former funeral home director, explained that he remembers when the charge for a simple cremation was just $500, but “that’s all changed dramatically,” as funeral directors try to cover their expenses. Coroners have to sign off on cremations in each county in Pennsylvania, and Rush said there has been a noticeable uptick in Greene. There were 152 cremations in the county in 2018, and 184 in 2021. Fayette County has also seen an increase in the number of cremations, according to coroner Phillip Reilly.

“Several factors come into play,” Reilly said. “There’s a little more flexibility. There can be a memorial service at a later date.” He also pointed to the price of a service with a casket burial.

“Thank goodness we have this financial option,” he said.

The number of cremations authorized in Washington County has doubled over the last decade, according to statistics provided by the coroner’s office. In 2011, there were 721, and in 2021, there were 1,466. There has been “a slow and steady increase over the last 10 years,” said Matthew Yancosek, the county’s chief deputy coroner.

The growing number of cremations is having an impact on the bottom lines of funeral homes, with the amount of revenue they draw per funeral declining. Some have adjusted by investing in their own crematories, or expanding what they offer. This would include not only cremation, but also green burials, where bodies are not embalmed and instead placed in biodegradable containers. The decomposition process is hastened and the environmental impact is minimized. Penn Forest Natural Burial Park in the Allegheny County borough of Verona exclusively offers green burials.

“You have to adapt and adjust to the situation,” said Andy Ferguson, the owner of Andrew D. Ferguson Funeral Home & Crematories Inc., in Uniontown. “You need to do what you need to do in order to survive.”

Debbie Singer, a former Avella resident who now lives in Brooke County, W.Va., is one of the Americans who is planning on cremation when she dies. She hopes to have a celebration of life rather than a traditional funeral, and have her ashes spread in an ocean or lake, or used in growing a tree.

“A cemetery is not where I want people to visit me,” she said.