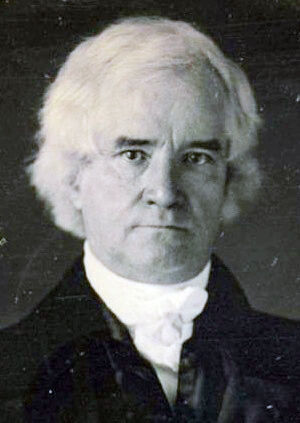 George Dallas, the only vice president from Pennsylvania. 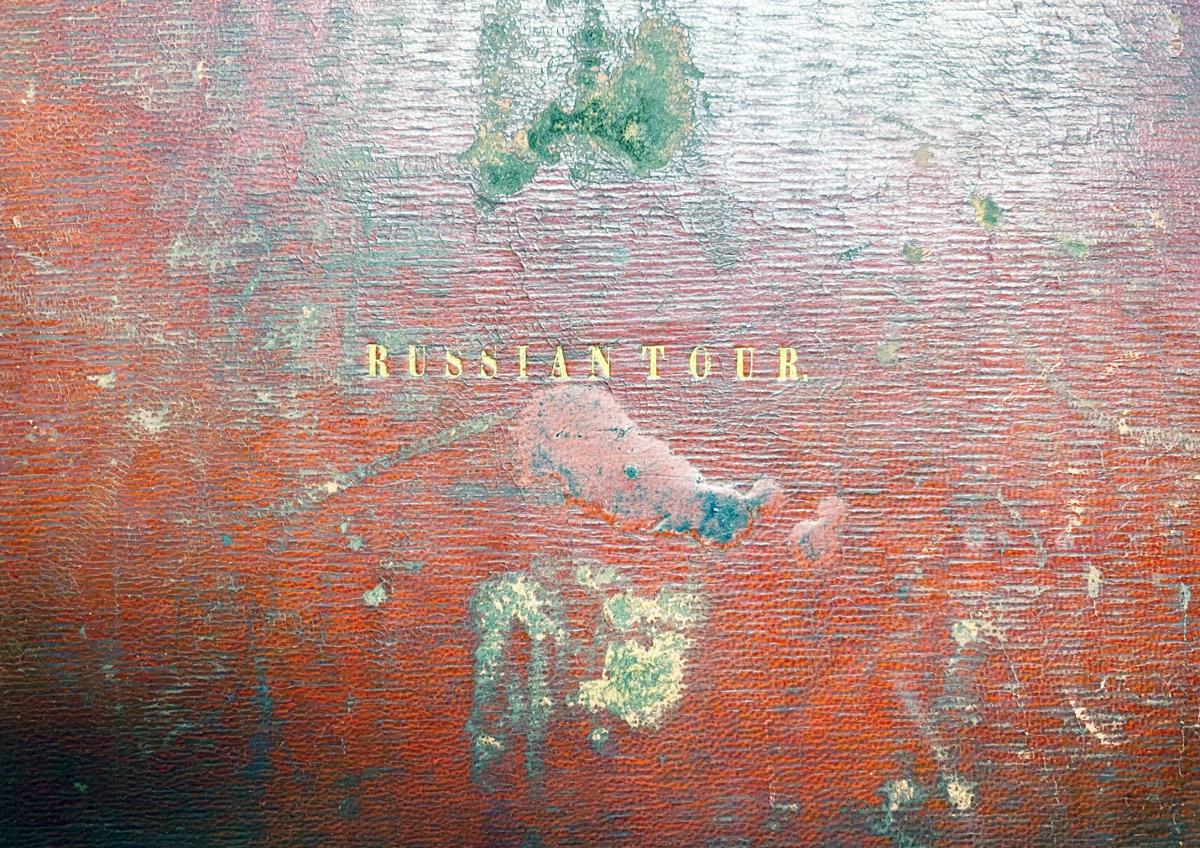 The diary that George Dallas kept while he was in Russia are kept at the University of Pennsylvania. 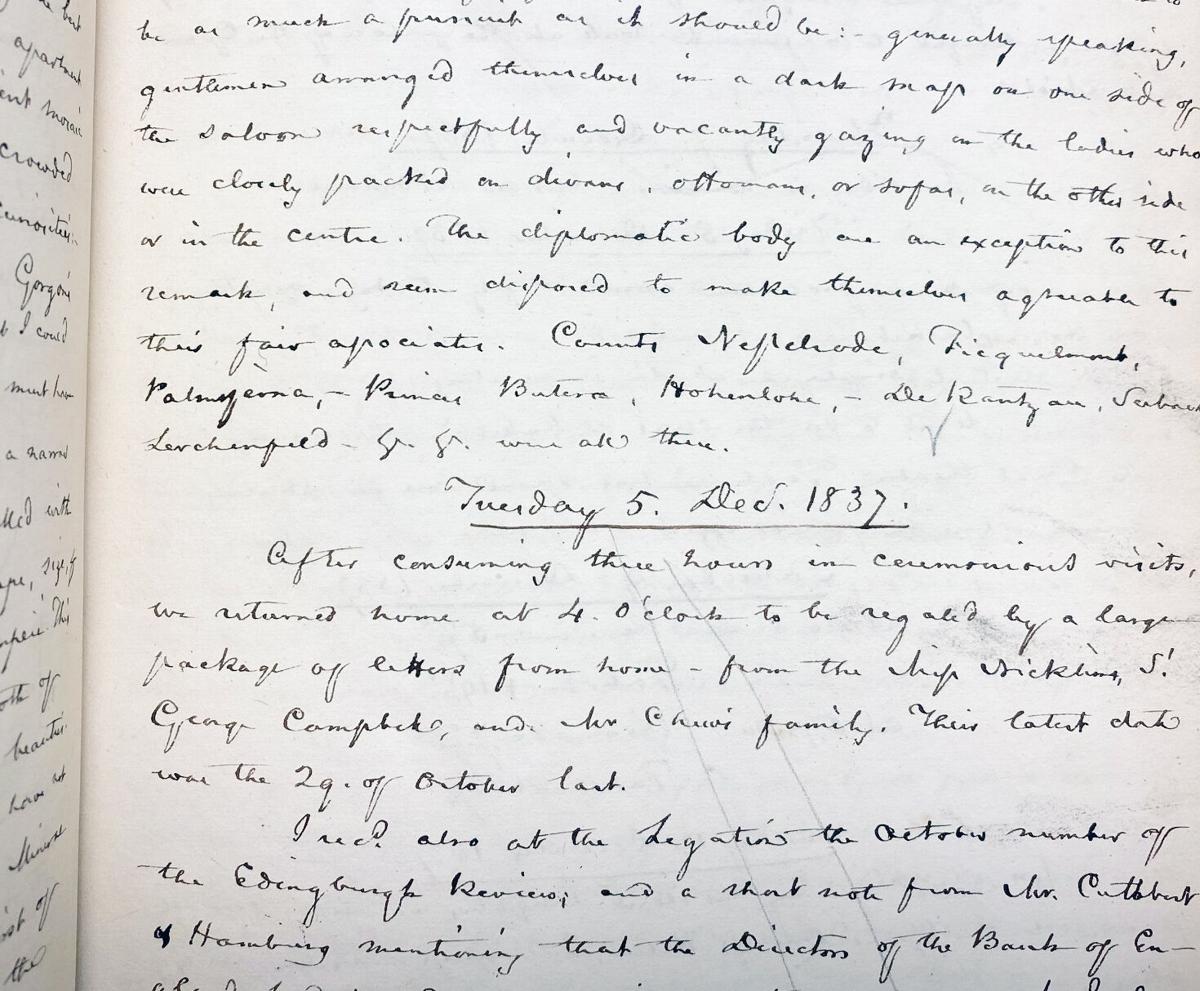 The diary George Dallas kept in Russia is considered to be a revealing account of life at court. It is housed at the University of Pennsylvania.

George Dallas, the only vice president from Pennsylvania.

The diary that George Dallas kept while he was in Russia are kept at the University of Pennsylvania.

The diary George Dallas kept in Russia is considered to be a revealing account of life at court. It is housed at the University of Pennsylvania.

Plenty of would-be presidents have called Pennsylvania home, from Philander Knox and Milton Shapp to William Scranton and Rick Santorum.

But James Buchanan, long regarded by scholars as the worst or close-to-worst president in the country’s history, is the only Pennsylvanian to make it all the way to 1600 Pennsylvania Ave.

The state hasn’t fared much better when it comes to vice presidents.

Only one Pennsylvanian has stood a heartbeat away from the presidency. In March 1845, George Mifflin Dallas of Philadelphia was sworn-in to become President James Polk’s second-in-command. He came to the job with a sterling pedigree and a prodigious resume: the son of Alexander Dallas, the sixth U.S. Treasury secretary, Dallas was raised in privileged circumstances, and went on to serve in a host of appointed positions, including Philadelphia mayor, district attorney, attorney general of Pennsylvania and envoy to Russia. He was also a U.S. senator from Pennsylvania when they were selected by legislatures rather than chosen by voters.

Dallas wanted to be president.

Rather than being recalled on Presidents Day and having legions of historians ponder his legacy, Dallas has joined the ranks of the little-remembered men in the 19th century who stumbled into the vice presidency and went no further, such as Hannibal Hamlin, William Wheeler, Schuyler Colfax and Elbridge Gerry.

“I don’t think he would have been among the top 10 presidents,” said John Belohlavek, a professor of history at the University of South Florida whose biography of Dallas was published in 1977 by Penn State University Press. That said, Belohlavek believes that Dallas would have been a better president than Franklin Pierce, a Democrat who became president in 1852 and is, like Buchanan, a basement-dweller when historians rank the presidents.

“He was a man of moderate temperament,” Belohlavek added. “He was a loyal party man.”

Dallas was born in 1792 in Philadelphia, just 16 years after the Declaration of Independence was signed in that city. His family was firmly enmeshed in the city’s gentry – they split their time between a mansion in town and a home in the countryside. Dallas attended prep schools, and then went on to the College of New Jersey, which later became Princeton University. Even as the mid-19th century Democratic Party embraced Andrew Jackson-style populism, Dallas remained a cultivated man of the upper crust, writing poetry and wearing fine clothes throughout his life.

After graduating from college, Dallas married, fathered eight children, and embarked on a professional life that was both accomplished and unsettled. Connected with the highest echelons of power in Pennsylvania and the federal government, for years Dallas bounced from one post to another. He wanted to fight in the War of 1812, but his father said no. Instead, he became the personal secretary to diplomat Albert Gallatin, spending time in Britain and Russia.

Next up was a stint as counsel to the Second Bank of the United States. At age 36, Dallas was appointed mayor of Philadelphia, but grew bored with the job and left after six months. In 1831, he was appointed to another post, this time as one of Pennsylvania’s U.S. senators. He declined to seek reelection when his term was up, in part because his wife did not want to move to Washington, D.C.

“He was a little bit of a silk-stocking kind of guy,” said Joel Goldstein, an emeritus law professor at St. Louis University, who has written extensively on American vice presidents. “He might be similar to George H.W. Bush. He was primarily appointed to positions. But he had ambition and he held a lot of government positions.”

Dallas returned to Russia in 1837 to be the United States envoy, and was back in the United States and practicing law when the 1844 presidential campaign dawned. When Polk, a former Tennessee governor, emerged as the Democratic nominee, delegates to the party’s convention wanted New York governor Silas Wright to balance the ticket, but Wright turned it down. They turned to Dallas next, believing he could help bring Pennsylvania into the Polk column in the general election. Polk and Dallas did indeed end up winning Pennsylvania and the White House in November 1844, defeating Whig Party standard bearer Henry Clay and his running mate, Theodore Frelinghuysen, by a comfortable margin in the Electoral College, but by only 1.4% in the popular vote.

Dallas and Polk “had totally different kinds of backgrounds,” according to Scott Warren, director of the President James K. Polk Historic Site in Pineville, N.C.

“I think it was more of a professional type of relationship,” Warren said, adding that he has not come across any mention in Polk’s papers that the two dined together or socialized.

With Polk pledging to serve only one term, Dallas hoped to be the Democrats’ nominee in 1848, but his aspirations were derailed by his stands on two key policy points – territorial expansion and trade. He supported the Polk administration’s goals of expanding U.S. territory and lowering tariffs. Both those positions were deeply unpopular with Pennsylvania Democrats, though, and Dallas’s home-state support collapsed. Instead, Democrats nominated Lewis Cass, a U.S. senator from Michigan, in 1848. Cass was defeated by Zachary Taylor, the final winning presidential candidate the Whig Party fielded.

Dallas faded into private life, and died of a heart attack on New Year’s Eve in 1864 at age 72. Dallas County in Texas is named for him, as are counties in Iowa, Arkansas and Missouri. Dallastown, a borough in York County, is also named in his honor.

Belohlavek concedes that the life of Dallas is unlikely to be made into a musical like “Hamilton,” and there might not be many other biographers who are willing to take a second look at America’s 11th vice president. Why? “Dallas is simply not very controversial.”

“He’s just too good,” Belohlavek explained. “You can’t go after him for flawed character.”

Still, Belohlavek believes Dallas might be worth a reassessment.

“I think he deserves the attention,” he said.