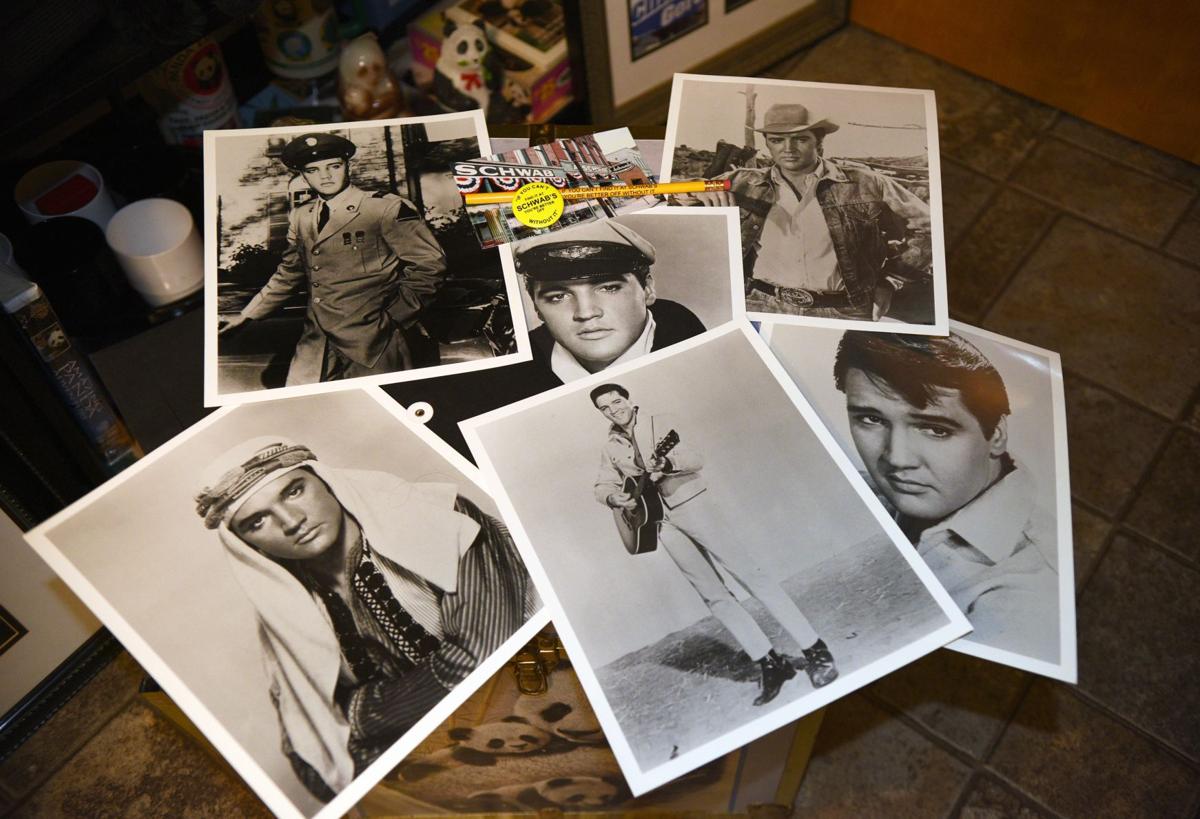 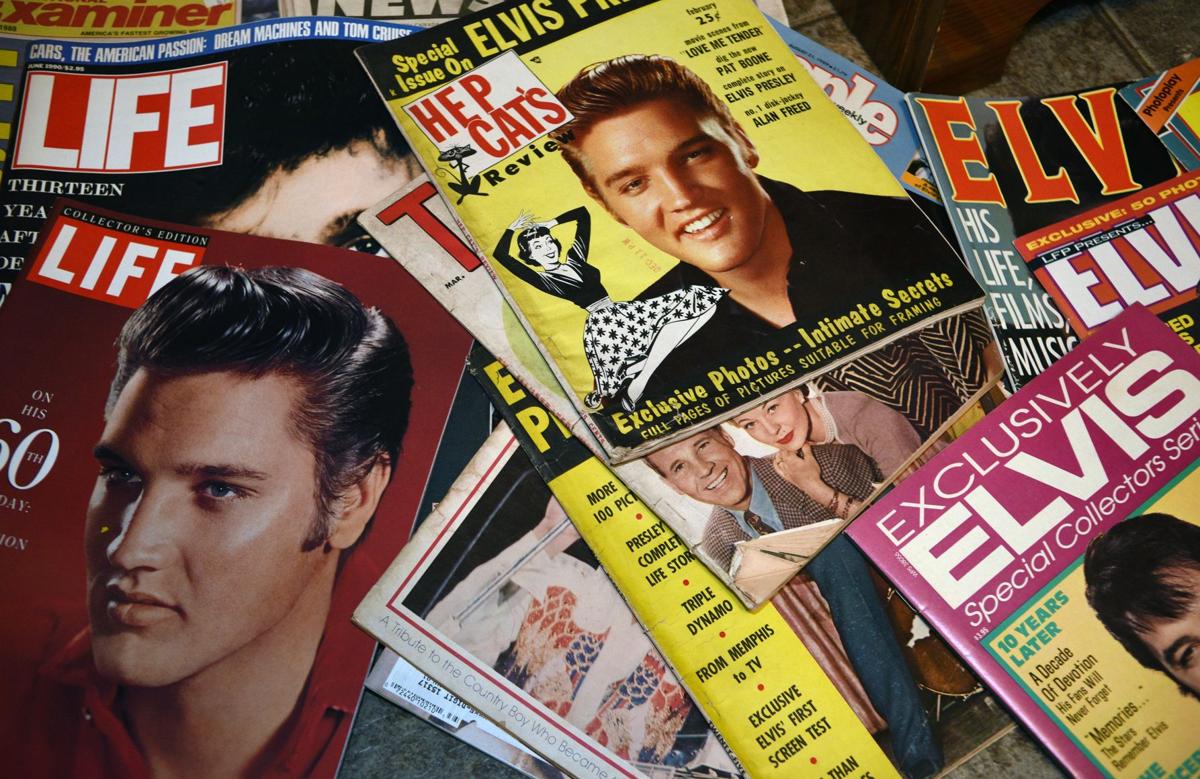 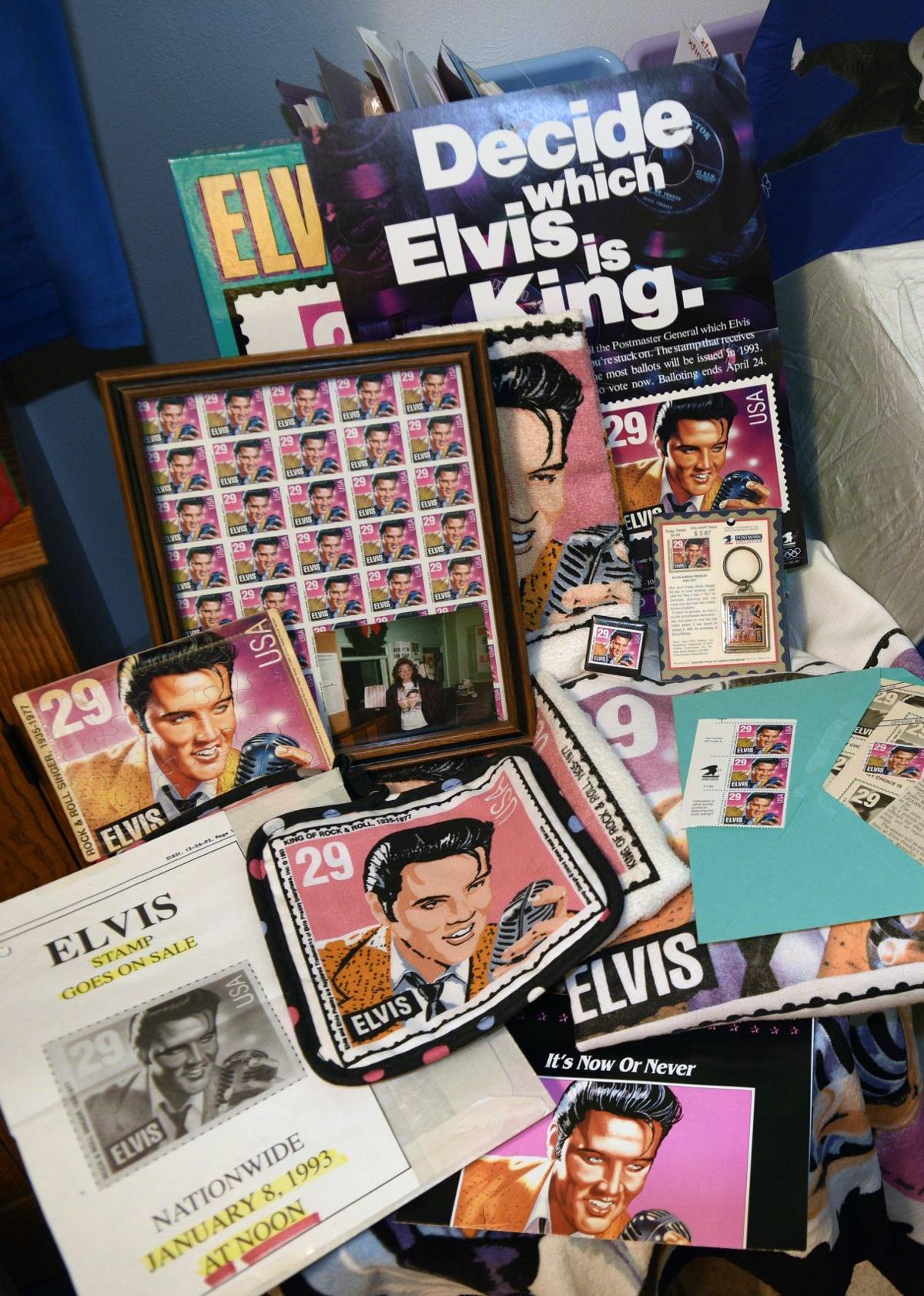 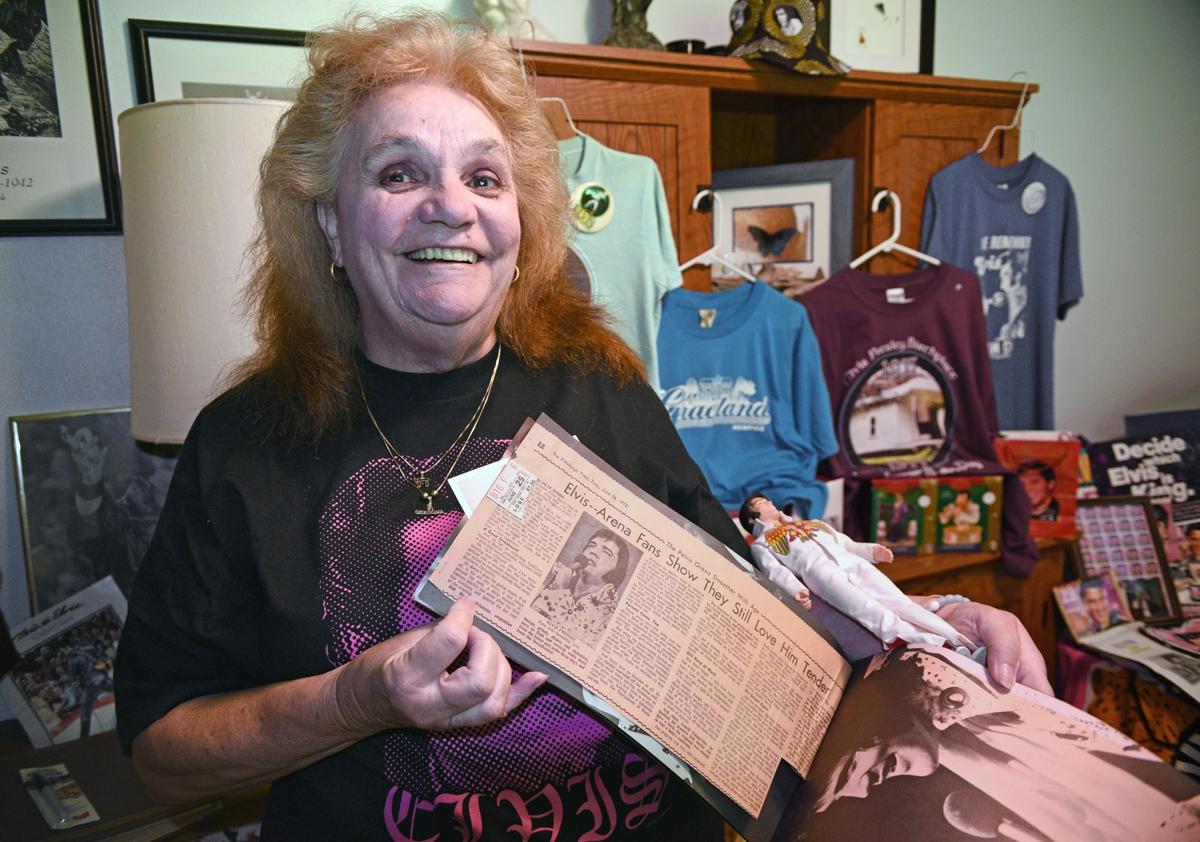 Ruth O’Bosky holds a ticket stub and a newspaper article from an Elvis concert she attended in 1973.

Ruth O’Bosky holds a ticket stub and a newspaper article from an Elvis concert she attended in 1973.

It was the summer of “Star Wars,” the Son of Sam and the New York City blackout.

Johnstown was beset by another flood, which killed more than 75 people. The Voyager 2 spacecraft was fired off toward Jupiter, Neptune and points beyond our solar system, and Andy Gibb’s “I Just Want to Be Your Everything” was regularly pouring out of poolside transistor radios, along with Stevie Wonder’s “Sir Duke,” Marvin Gaye’s “Got to Give It Up” and Bill Conti’s “Gonna Fly Now.”

Yet for many, the most memorable day of that eventful summer happened when it was sliding toward its end.

Larry Maggi was at the Washington County Fair late in the afternoon Aug. 16, 1977. It was a Tuesday, and word of a startling newsflash began to spread through the booths and stalls at the Arden fairgounds.

“I can remember it like I remembered where I was when I heard about JFK and the 9/11 attacks,” said Maggi, now a Washington County commissioner. He was eating with his mother and uncle, and someone walked up to him and said, “It’s a shame about that singer that died,” Maggi recalled. Maggi asked who the singer was, and was stunned when he found it was Elvis Presley.

“I was quite surprised, because we were Elvis fans and we had gone to see his concert in Pittsburgh at Civic Arena on New Year’s Eve that year, and really enjoyed the show,” he continued. “We actually left the fair early so we could go home and watch the evening national news to see what happened, and that’s when we found out more about it.”

Presley was hardly the first celebrity to die before his time, or whose death inspired widespread public mourning. Weeping throngs gathered outside the funeral of silent film heartthrob Rudolph Valentino more than 50 years before Elvis left the building for keeps. But just as he was bigger than just about any other celebrity in life, the reaction to his death was correspondingly super-sized. Sure, Presley’s career was plagued by too many crummy, interchangeable movies – can anyone but the faithful tell the difference between “Girl Happy,” “Girls! Girls! Girls!” and “The Trouble with Girls”? – and the concerts he gave in the years before his death were, with some exceptions, treadmill affairs, with the artist himself only occasionally willing to fully invest his formidable talents in the proceedings onstage.

Even though he was just 42 at the time of his death, Presley had also become noticeably bloated, had suffered much-publicized bouts with illness, and was beset by whispers that his extra pounds and increasingly peculiar behavior were being fueled by a fondness for prescription drugs.

Still, Elvis was Elvis. The King of Rock and Roll. On a first-name basis with the universe. His rags-to-riches story was mythic and his accomplishments towering. The world was reminded of that on the night of Aug. 16, 1977, when much-loved records were pulled off the shelves and radio stations tossed away their playlists and went to all-Elvis formats, playing “Heartbreak Hotel,” “Mystery Train,” “Hound Dog” and “Suspicious Minds” over and over again.

Elvis’ demise was a particularly stunning blow for Pittsburgh-area fans because of the fact that many, like Maggi, saw him when he stopped Dec. 31, 1976, at the Civic Arena, where Presley serenaded the crowd with a rendition of “Auld Lang Syne” at midnight.

“We were right up front,” said Nancy Bielawski, a South Franklin Township resident. Seven months later, she and her husband were in Deep Creek, Md., where they had a vacation home that didn’t have a television set.

“We were on our way home and heard the news on the radio,” she recalled. “I was shocked and saddened, but happy that I went to the concert on New Year’s.”

Gary Ford, a Lone Pine resident, was even further afield. He was in what was then Czechoslovakia, in the U.S. Navy and attached to the Navy’s liaison office to the U.S. Senate. Ford was with a congressional delegation passing through Eastern Europe on a fact-finding mission, and was at the U.S. Embassy in Prague when he heard about Presley’s death.

“The odd thing was, we did not find out until a week after he died,” Ford said. “Since we were in communist-controlled territory, it was not reported in the local media.”

Presley’s death was announced about 5 p.m. on the East Coast, too late for the afternoon editions of newspapers. When newspapers hit doorstops the next morning, it was on the front page of most of them. The Observer-Reporter’s headline was, “Presley, King of Rock ‘n’ Roll, Dead,” looming above stories about the fair and a budget stalemate in Harrisburg.

His demise was a particular blow to fans who remembered when he swept into America’s consciousness like a Category 5 hurricane, but it also registered for younger admirers. The news was an unwelcome intrusion on the 11th birthday celebration of Renea Holden, who lives in Carnegie. She was playing outside and overheard construction workers talking about Presley.

“I went in the house and asked my mom, who then confirmed that Elvis was gone,” Holden explained. “I may have been only 11 that day, but it has stuck with me all these years, and is considered one of my worst birthdays.”

Aug. 16, 1977, was a day that J. Dan Jones, an instrument technician in Hampton, Va., who grew up in Canonsburg, will never forget. He signed on for a six-year stint in the Navy that day, and when he was driving back home, the alternator gave out on his car, and then the bulletin came on the radio that “the King had died.”

“I barely made it home, but it was one hell of a day,” Jones said.

The 40 years that have passed since Presley’s death means that at least two generations have come of age with no recollection of him when he was alive. And while he is bound to be remembered for many decades to come as a cultural phenomenon and a historical figure, the number of hard-core faithful appears to be in decline. A recent article in the British newspaper The Guardian pointed out that the asking price for Elvis memorabilia has been tumbling as his older fans die off or downsize, and their ranks have not been replenished by younger enthusiasts. In 2017, Elvis perhaps doesn’t seem as cool as, say, Bob Marley, whose image graces T-shirts, rolling papers, sandals and beverages 36 years after his death.

“I suspect his fan base will shrink significantly,” said David Shumway, a professor of English at Carnegie Mellon University who specializes in American culture. “One of the things I’ve noticed about my students is they listen to the music of the 1960s – the Beatles, Led Zeppelin, the Grateful Dead – but I’ve never heard Elvis played anywhere on campus.”

Shumway credits this to the relatively small corpus of great Presley work, which most critics pinpoint as his pre-Army recordings made in the 1950s, and the brief period around his fabled NBC-TV “Comeback Special” in 1968. He explained that “those 1960s acts lasted much longer in their prime, not even talking about their afterlives.”

Ruth O’Bosky of Canonsburg, however, is keeping the Elvis flame burning. She has made multiple trips to Presley’s Graceland mansion and has a collection that includes bubblegum cards, shirts and hats. Like Maggi, O’Bosky was at the Washington County Fair when she first heard that Presley died, and she was upset at the news.

However, as time went on, she became convinced that he didn’t actually die that day.

“I’m a nonbeliever, and I don’t think he died,” she said.

For her, in more ways than one, Elvis does indeed live on.