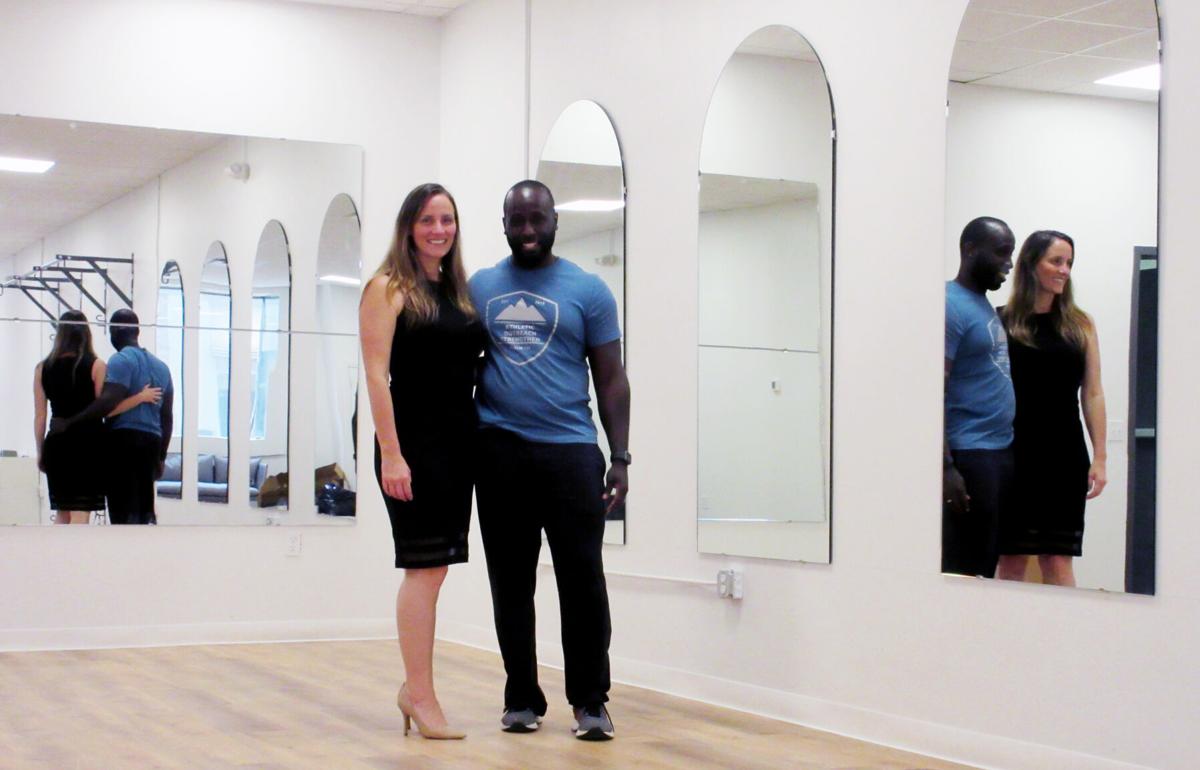 Natalie and Jackson Momplaisir stand in their new JM Strengthen studio on West Pike Street in Canonsburg, where Jackson will work as a full-time personal trainer. 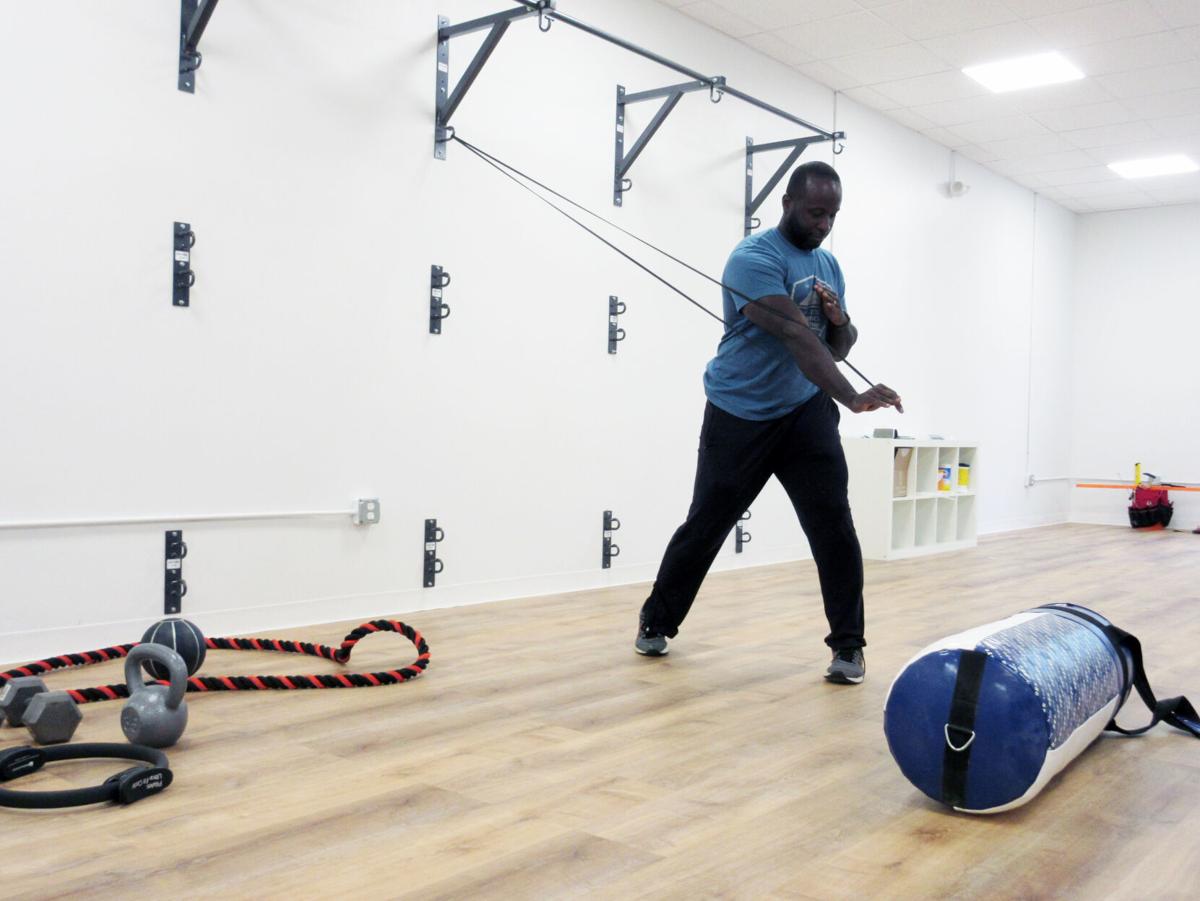 Natalie and Jackson Momplaisir stand in their new JM Strengthen studio on West Pike Street in Canonsburg, where Jackson will work as a full-time personal trainer.

Jackson Momplaisir has been a fitness trainer and coach for 16 years. On Monday, he’s opening his own studio on Pike Street in Canonsburg.

“I want to help people get in the direction of their goals,” Jackson said. “It’s more than just losing weight.”

He wants his new studio, JM Strengthen, to focus on mental wellness along with physical fitness and healthy eating and sleeping habits. He and his wife, Natalie, held a ribbon cutting and open house Saturday in advance of today’s opening.

The Momplaisirs moved into one of the ground-level retail spaces at 1 W. Pike St., known as the Colaizzo building. The building, which has been vacant for about 10 years, was owned by the late Anthony Colaizzo, who was known as “Mr. Canonsburg.” Now his son, Anthony Colaizzo Jr., is renovating the building to put apartment units on the upper floors and retail tenants below.

Jackson, who worked as a trainer at the Wilfred R. Cameron Wellness Center for more than 12 years, said he’ll bring some of his clients with him, but he’s hoping to establish a new base of clients in the Canonsburg area. He plans to offer group or personal classes for Pilates, strength training and boxing.

Natalie said they also want to offer “functional training,” which sets up a workout in a way that recreates “things you do in everyday life” and uses equipment like kettlebells and resistance bands.

“We want to change the way people think about fitness and take a more holistic approach,” she said.

The Momplaisirs will also work with student athletes on injury prevention. Once their profit pays off the $27,000 they’ve invested in the space, they hope to offer scholarships for free training for students in underserved communities.

Jackson said the studio will be open by appointment only, which will be 50 minutes long with time in between to thoroughly clean and disinfect space and equipment. He said he doesn’t suspect the pandemic will interfere with his plans to build a client base in Canonsburg.

“People are needing more human interaction, and they’re needing interaction with feedback,” he said. “When people start shaking hands again, they’re going to shake hands harder, and when they hug they’ll hug longer, because they’ve been without it, and people need that connection.”

Though the other units are still being renovated, the Momplaisirs said they’re excited for the other units and retail space in the building to be filled with tenants. Jackson, who used to live in Canonsburg, said he’s hopeful it could lead to more people and businesses making Canonsburg their home.

“Especially now, with coming out of COVID, we could be part of something big,” he said.