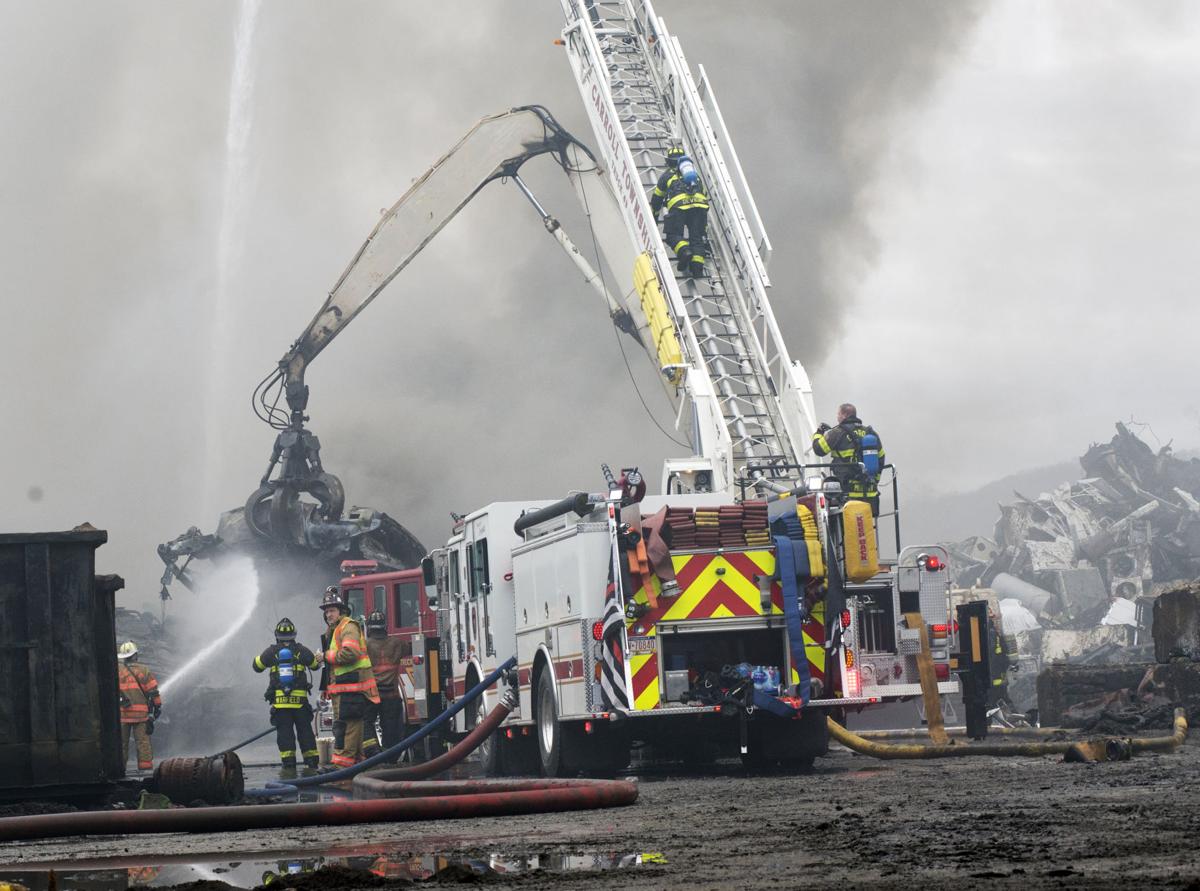 Monongahela firefighters on the scene of a blaze at Monongahela Iron & Metal Co. Friday. 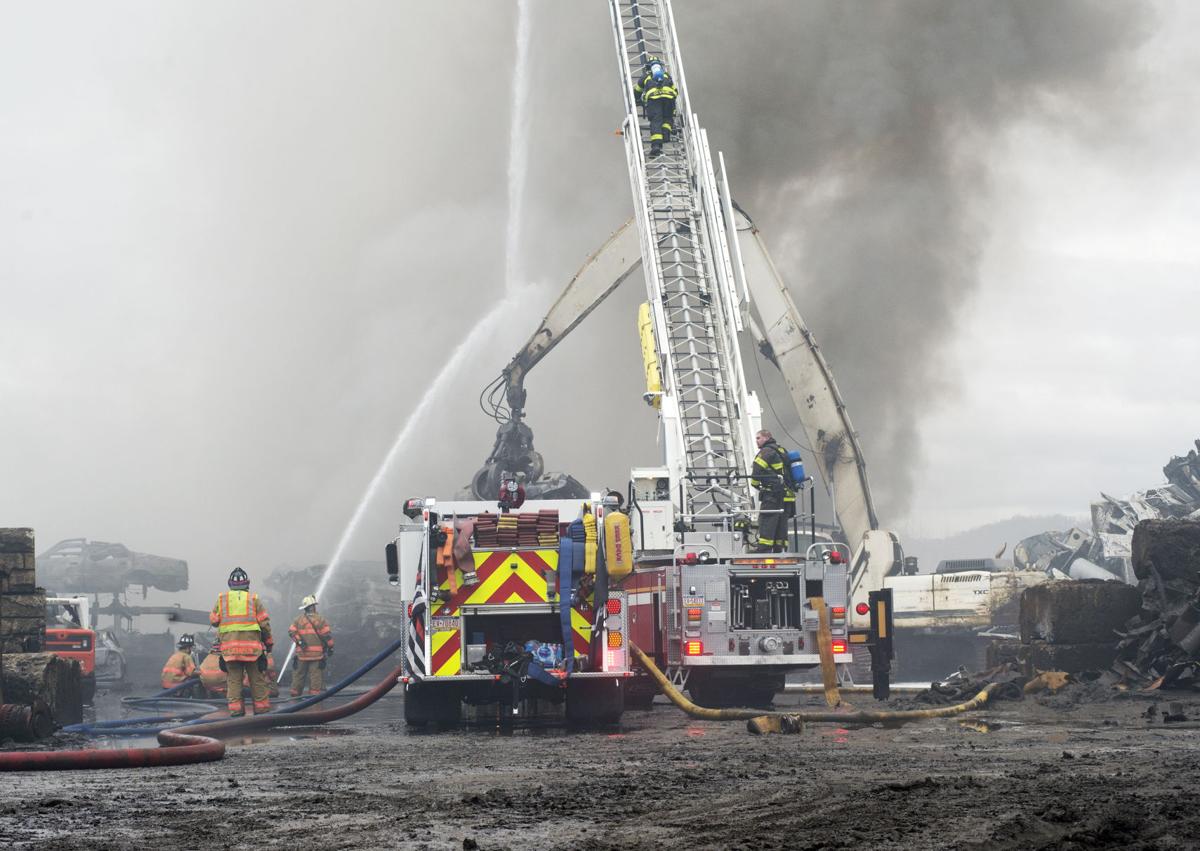 Monongahela firefighters on the scene of a blaze at Monongahela Iron & Metal Co. on Friday

Monongahela firefighters on the scene of a blaze at Monongahela Iron & Metal Co. Friday.

Monongahela firefighters on the scene of a blaze at Monongahela Iron & Metal Co. on Friday

A fire in a Monongahela scrap yard on Friday caused no injuries but sent acrid smoke billowing into the air for hours.

Firefighters from the Mon Valley city and other nearby towns spent hours getting the flames under control at Monongahela Iron and Metal in the 600 block of East Main Street.

The fire was reported a little before 10 a.m. Two hours later, a crane operator from the business was lifting smoldering cars one at a time while fire crews hosed down that area of the property, where there also was a large container.

“Right now we’re still in the process of extinguishing the fire,” said Monongahela Assistant Chief Aaron Benney. “There were about 50 cars next to the dumpster that were stacked up, that we’re taking apart right now. In the dumpster were tires, car parts.”

Bill Hearn, a firefighter from Benney’s department, said that early on, gas was leaking from several 100-pound propane tanks in another area of the yard and caught fire. Firefighters used water to cool down the tanks, whose hoses had burned up, before turning the valves off.

A larger oxygen tank also was at the site, and they worried about it being exposed to the heat.

None of the tanks exploded, but Hearn did hear a “popping sound” he thought were some of the parts of vehicles combusting.

Benney said the Washington County hazardous-materials team was “sizing up the situation with all the runoff” at the site. He said the water had so far been contained and prevented from reaching the neighboring Monongahela River.

The state Department of Environmental Protection also responded to the scrap yard to look for runoff in nearby waterways, agency spokesman Neil Shader said. He wasn’t sure whether a full-scale investigation would be launched by the department.

Benney said it was “hard to say” where exactly the fire started, or what caused it.

John Wray, owner of the 100-year-old metal yard, didn’t know, either. He wasn’t there when it started.

Trains were stopped from running on the Norfolk Southern line next to the property, and a section of East Main stayed closed into the afternoon.

Meanwhile, Peoples Natural Gas spokesman Barry Kukovich said a nearby gas line was shut off as a precaution.