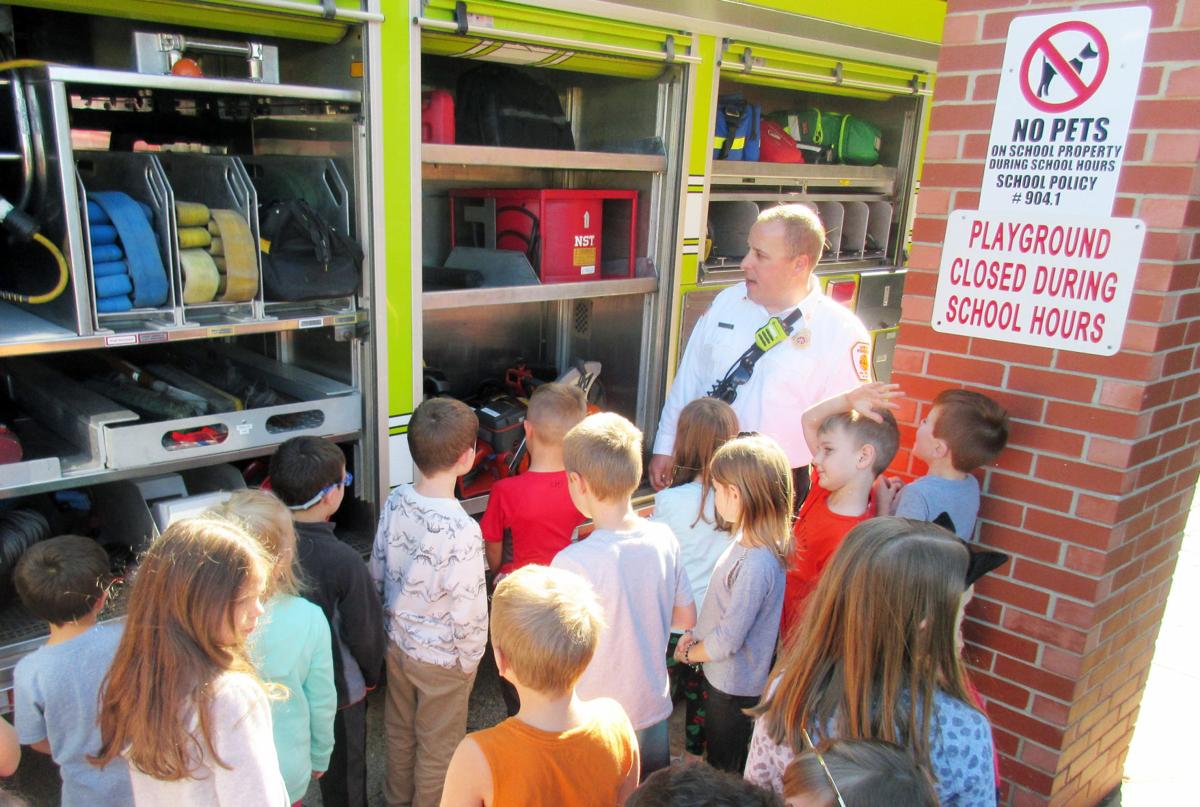 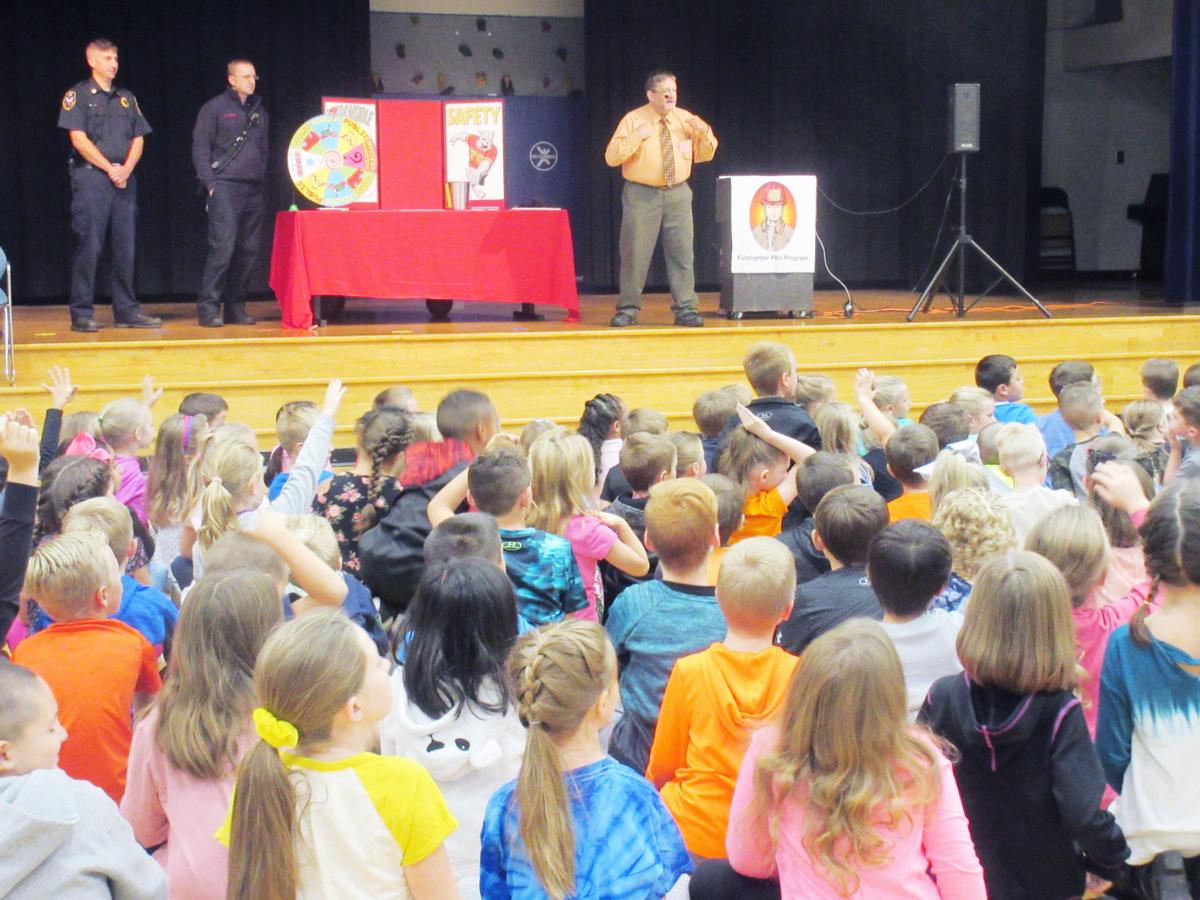 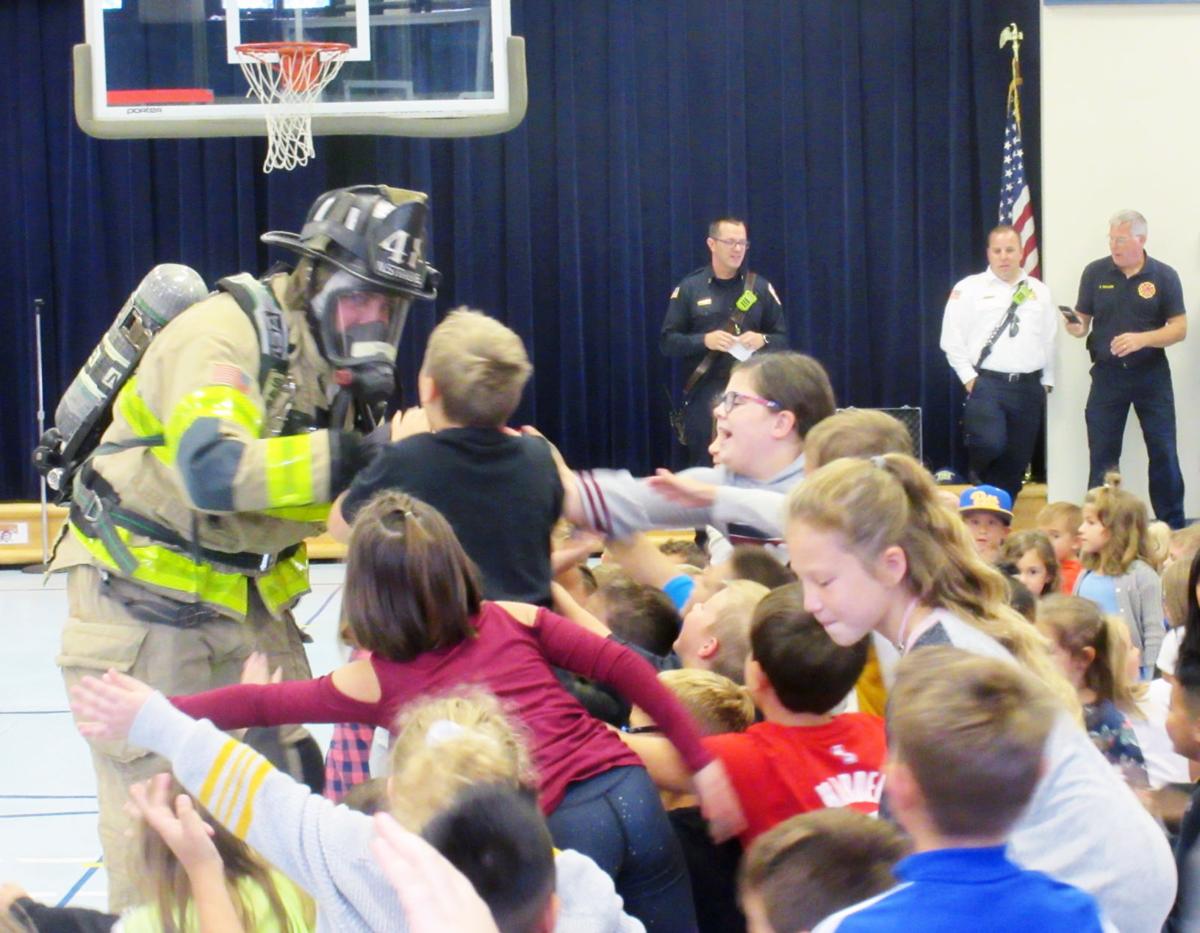 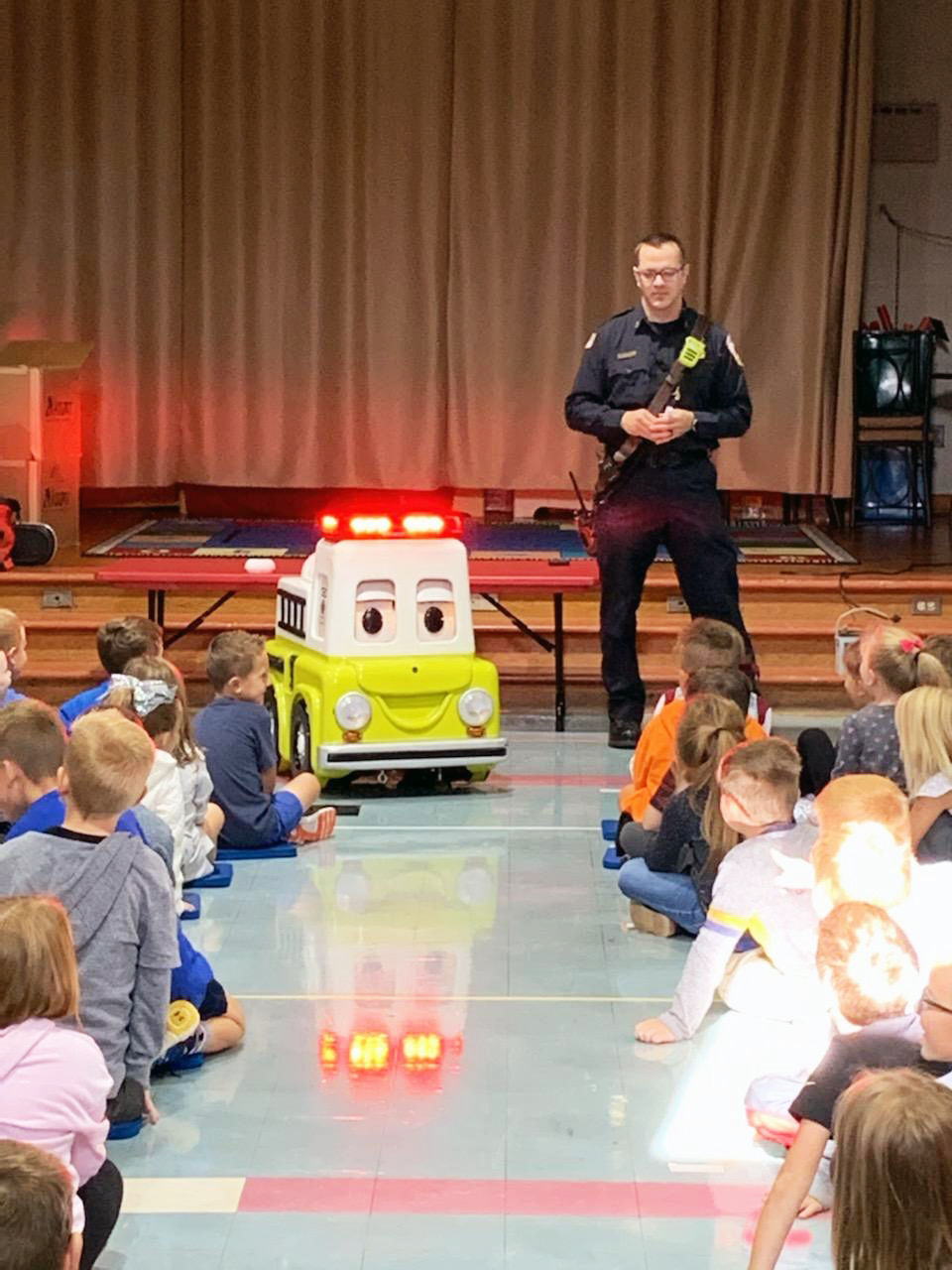 Capt. Travis McVay, with the North Strabane Fire Department, held up a smoke detector in front of a gymnasium full of students earlier this week at Borland Manor Elementary School.

“Does everyone know what this is?” he asked them.

Their collective response was an enthusiastic mix of “yeses” and “noes.”

Students across the area are learning this week about smoke detectors and all things relating to fire safety, in recognition of October being Fire Prevention Month.

“We’re here to educate the children on how to prevent a fire and also how to survive a fire if one occurs,” McVay said.

In the Canon-McMillan School District, firefighters from five area departments – Muse, Lawrence, Miller’s Run, North Strabane and Canonsburg – helped out with fire drills and prevention programming across the district, including St. Patrick’s School and several daycares. All together, they reached about 6,000 students and staff, according to Dave Rhome, Canonsburg mayor and assistant fire chief.

“The Canon-McMillian district has always embraced the firefighters coming into the schools to do fire drills and teach about fire prevention,” Rhome said. “Even though it’s a small amount of time we’re in the school to do this, those students retain what we give them. Even the first- or second-graders give us their complete attention.”

Marella McConnell, principal at Borland Manor, said she greatly appreciates the school’s partnerships with local first responders, not only during fire prevention week.

“We don’t do our monthly fire drills without our fire department,” she said. “Our kids are so lucky to have face-time with our local firefighters.”

This week is important, Rhome said, because the children get to watch firefighters get dressed into their bunker gear and breathing masks. He said the outfit often looks scary to many of the younger children. That’s why firefighters Dante Sicchitano, with North Strabane, and Jay Rodenski, with Canonsburg, put on their gear at Borland Manor and gave high-fives to all the students.

This year’s theme from the National Fire Protection Association, “Plan and Practice Your Escape,” focused on knowing where building exits are located, how to stay low to the ground during a fire and the importance of having meeting places for schools and families. He also mentioned teaching the students how to “stop, drop and roll,” and that they’re to never go back inside a burning building once they’ve exited.

That same message was taught to Trinity East Elementary students Tuesday morning when South Strabane Fire Department and Kevin Berry, with the Firefighter Phil Program, visited. The students learned about smoke detectors, fire drills, and to not play with matches or lighters.

“Some years we do the Firefighter Phil Program and other years we do the fire safety house, so it’s not the same thing each year,” South Strabane Fire Chief Scott Reese said.

“The firefighters come in and do fire drills once a month, but they also go into the classrooms,” she said.

“We discuss fire safety at school and at home, how to call 911 and what to say on the phone,” said Dustin Danley, a Washington firefighter and president of their labor union. “We teach them to get out of burning buildings and to stay out. Electronics can be replaced, but they can’t.”

Danley said local daycares will bring students to visit the station and see the fire trucks, and sometimes the firefighters will visit the daycares to teach the staff and students how to use their escape plan. He said ultimately, it’s about “interacting with the kids.”

“We want to let them know that firemen are friends and that they should yell for us to help, not hide from us,” he said.