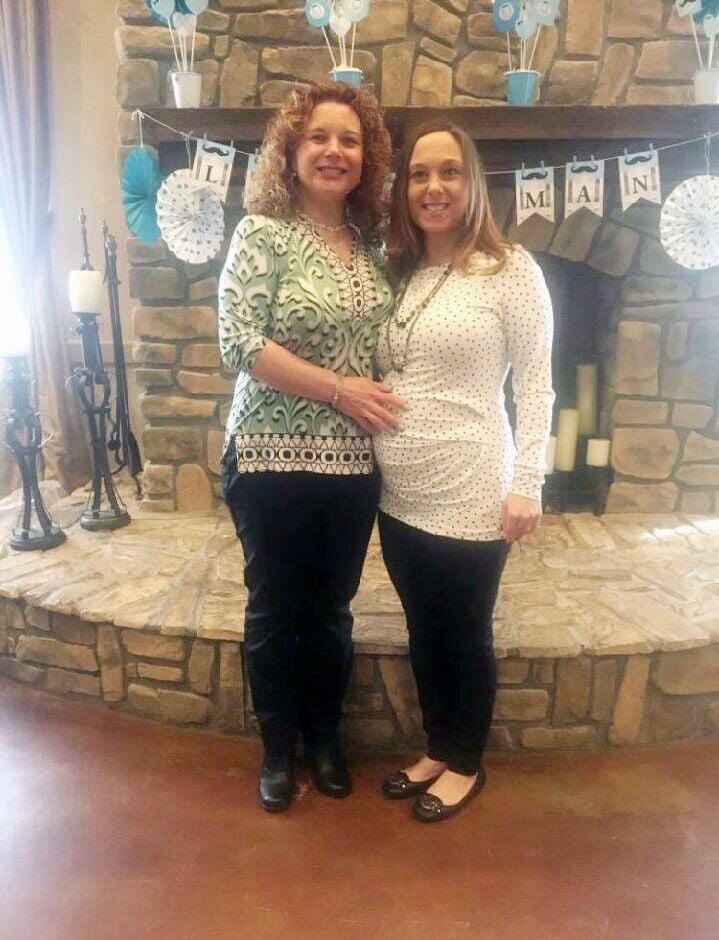 On left, Danielle Krek, of South Fayette Township, stands next to her sister, Michelle Krek, during her baby shower in March 2018, three days before Michelle was murdered by her boyfriend. 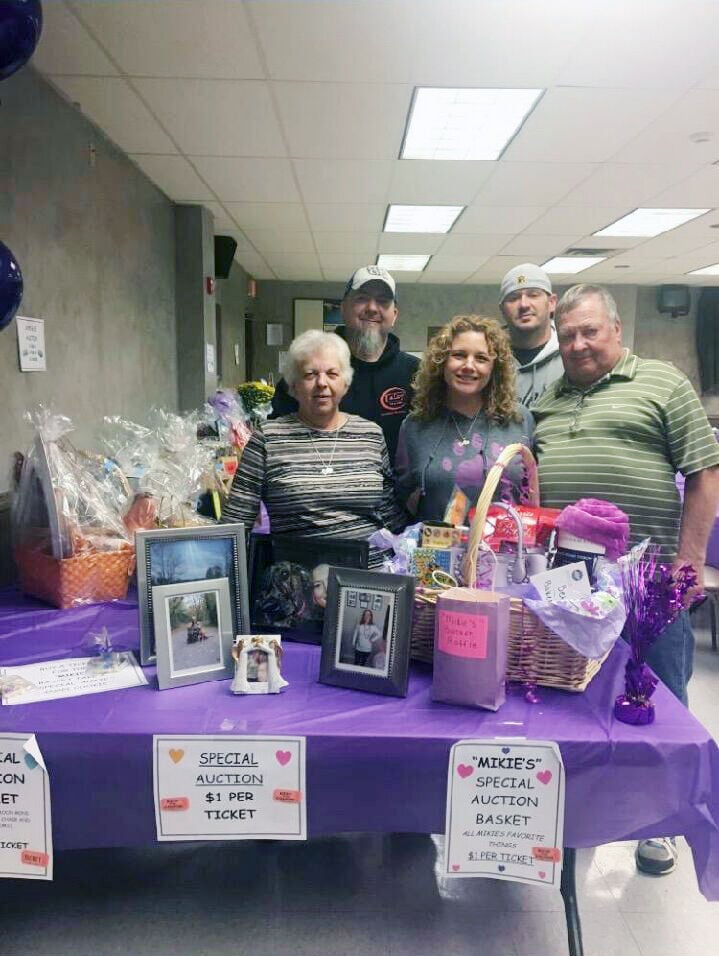 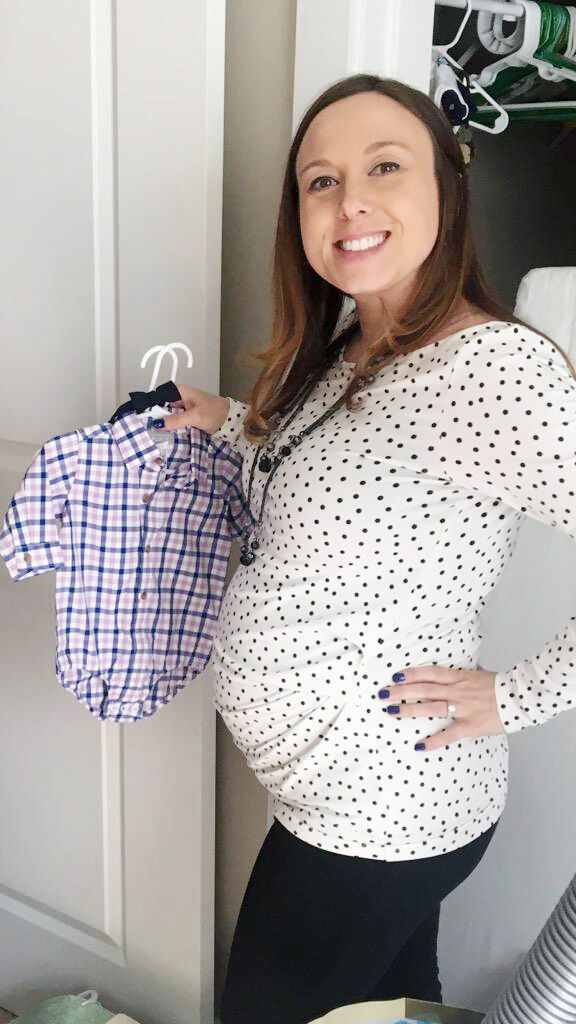 Michelle Krek holds up a baby outfit during her baby shower in March 2018, three days before her death. 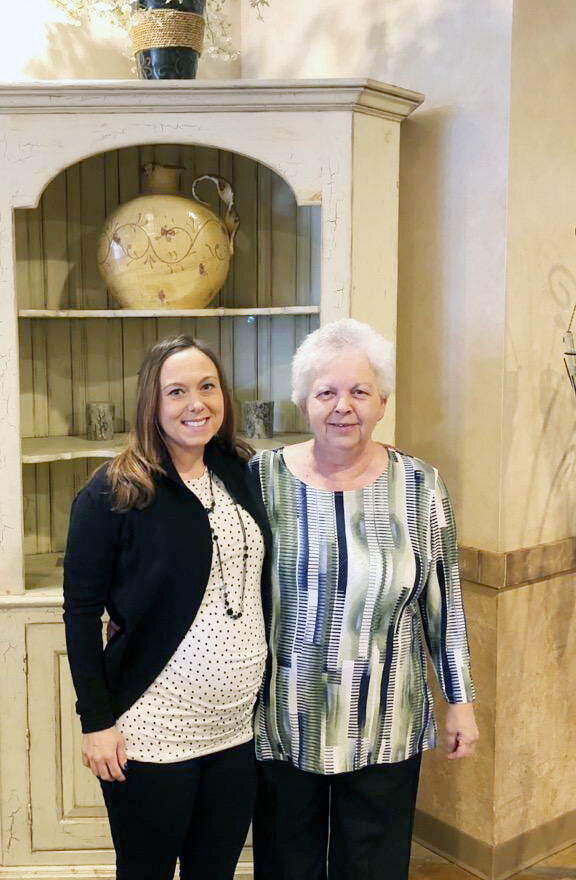 Michelle Krek with her mother, Bernie Krek, during Michelle’s baby shower in March 2018 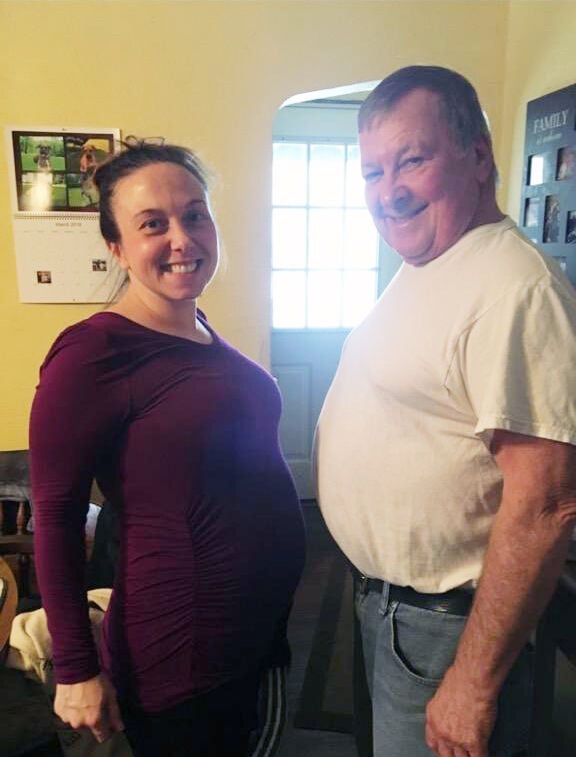 On left, Danielle Krek, of South Fayette Township, stands next to her sister, Michelle Krek, during her baby shower in March 2018, three days before Michelle was murdered by her boyfriend.

Michelle Krek holds up a baby outfit during her baby shower in March 2018, three days before her death.

Michelle Krek with her mother, Bernie Krek, during Michelle’s baby shower in March 2018

It’s been three years since the Krek family of Bridgeville lost their beloved Michelle and her unborn baby in a murder-suicide in Cecil Township. The pain has not dulled, but in their grief, the family is trying to help others.

“People tell you it gets better, but I think it gets worse, because you think about all the things you’re missing out on,” Michelle Krek’s mother, Bernie Krek, said in a recent interview. “You lost a piece of yourself when this happened. There are days it still doesn’t seem real.”

Michelle, 35, was eight months pregnant when she was shot dead by her boyfriend, Naader E. Rizk on March 28, 2018, inside their Southpointe Town Center apartment. Rizk, 38, then fatally shot himself. Their unborn baby, whom Michelle planned to name Logan, also died.

Bernie said her family all grieves in different ways. Her son, Butch Krek Jr., visits Michelle’s grave every Sunday. She said it’s difficult for her husband, Butch Sr., to talk about her.

“He says, ‘I shouldn’t be mourning my daughter, I should be playing with my grandson,’” Bernie said. “It would have been his first grandchild.”

In the years following her death, Michelle’s family and friends have decided to honor her memory by donating time, money and fundraising efforts to the Women’s Center & Shelter of Greater Pittsburgh.

“My sister’s incredible love and light that touched us and so many in her short time here on earth, continues to shine down on us and guide us through each day,” Michelle’s sister, Danielle Krek, said in a written statement. “That’s how we make it through – to be there for each other and to now tell her story to bring awareness to domestic violence and to hopefully help others and their families from ever knowing this neverending heartache that we now must endure.”

Danielle said her family and friends have been conducting drives for the Women’s Center & Shelter around Thanksgiving the past two years. Each year they’ve raised about $4,000 and donated a number of essential items, clothing and children’s toys.

“They’ve done so much to honor Michelle’s memory,” said Nicole Molinaro, president of the Women’s Center & Shelter of Greater Pittsburgh. “It’s absolutely heartbreaking to meet a family under these circumstances. It can help in their healing process to be able to do something to help others. You’re never recovered from this, but it can help in the day-to-day knowing that you’re contributing.”

Molinaro said she met the Krek family after Michelle’s death. Later that year, they visited the shelter, which assists 7,000 to 8,000 domestic violence victims annually, to see how they might get involved.

For the Krek family, the donations and fundraising started out with their not knowing what to do with many of Michelle’s things. Three days prior to her death, her family and friends threw her a baby shower.

“Our family went from spending months planning a baby shower with endless anticipation and excitement of welcoming her precious baby boy, to somehow planning their funeral,” Danielle said in a written statement. “There are no words to describe how devastating this ordeal has been. It is simply a living nightmare, the most awful one you never get to wake up from.”

Danielle said she sorted through most of those baby items, kept some of them, gave some to friends and donated the rest to the shelter.

“It’s a devastating thing to deal with, but it was going to people in need,” she said.

According to Danielle, giving to people in need is exactly what Michelle would have wanted. The two sisters used to spend a lot of time together helping others in the community with fundraisers and drives. They used to help out with fundraisers at the Presto Volunteer Fire Department, Danielle said.

“It has been truly amazing how many people have reached out to us over the past three years to tell us how my sister impacted their life and how much she meant to them,” Danielle said in a written statement.

Bernie said Michelle once took a week off work to bake more than 100 dozen cookies for her cousin’s wedding.

“Anytime someone she knew needed something or were doing fundraisers, she’d help out,” Bernie said of Michelle. “She liked to help people, so we figured the shelter was a good thing to donate to.”

One of Michelle’s good friends, Nichole Feller of Presto, also spoke to Michelle’s love for fundraisers.

“Anytime someone had something going on, she always ended up doing baskets or something,” Feller said. “She was always wanting to help other people. I think she’d be humbled by everyone’s generosity.”

Feller and her husband, Alan Feller, who is a Green Tree police officer, held a fundraiser for the shelter last year to honor Michelle’s memory and to raise awareness of domestic violence.

“If it can happen to Michelle, it can happen to anyone,” Feller said. “She was an educated, independent, intelligent person. She was none of the stereotypes that people think of when they think of women in domestic violence situations.”

“We want everybody to know that there is help and there is hope,” Molinaro said. “We want people to reach out before it’s too late.”