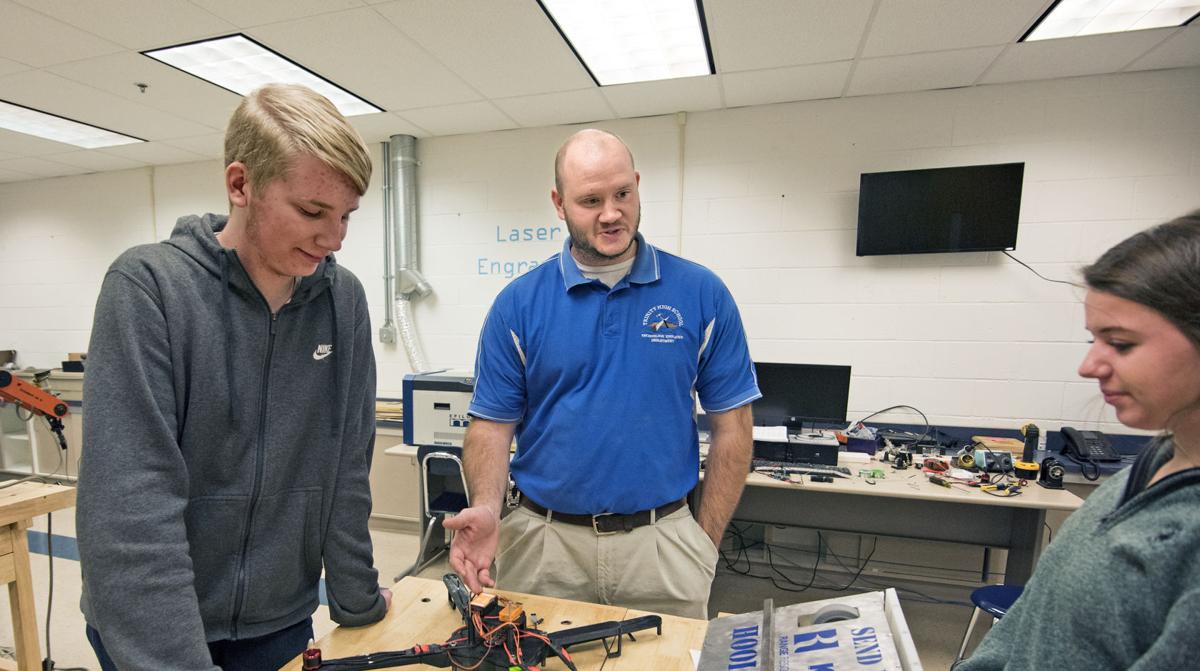 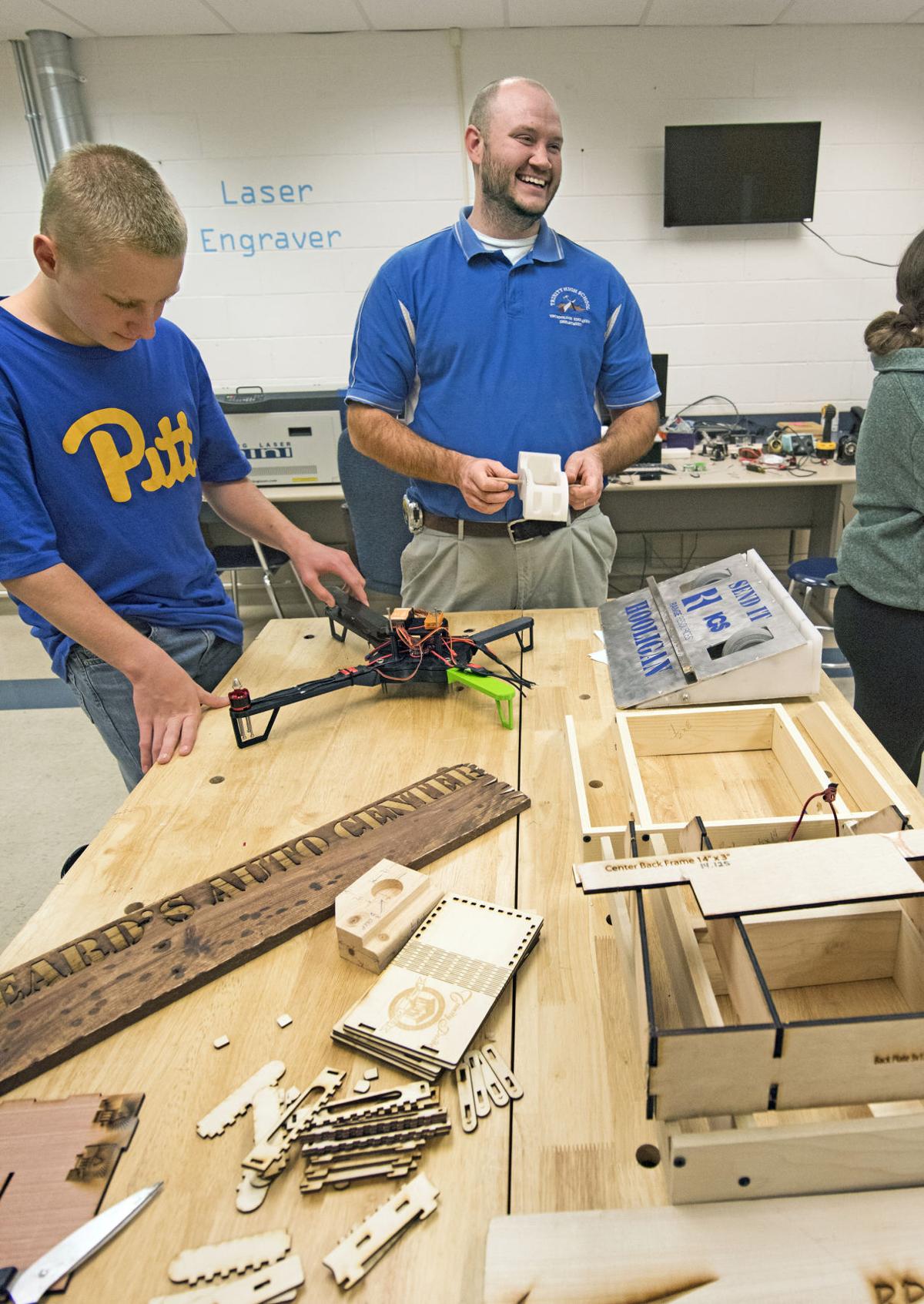 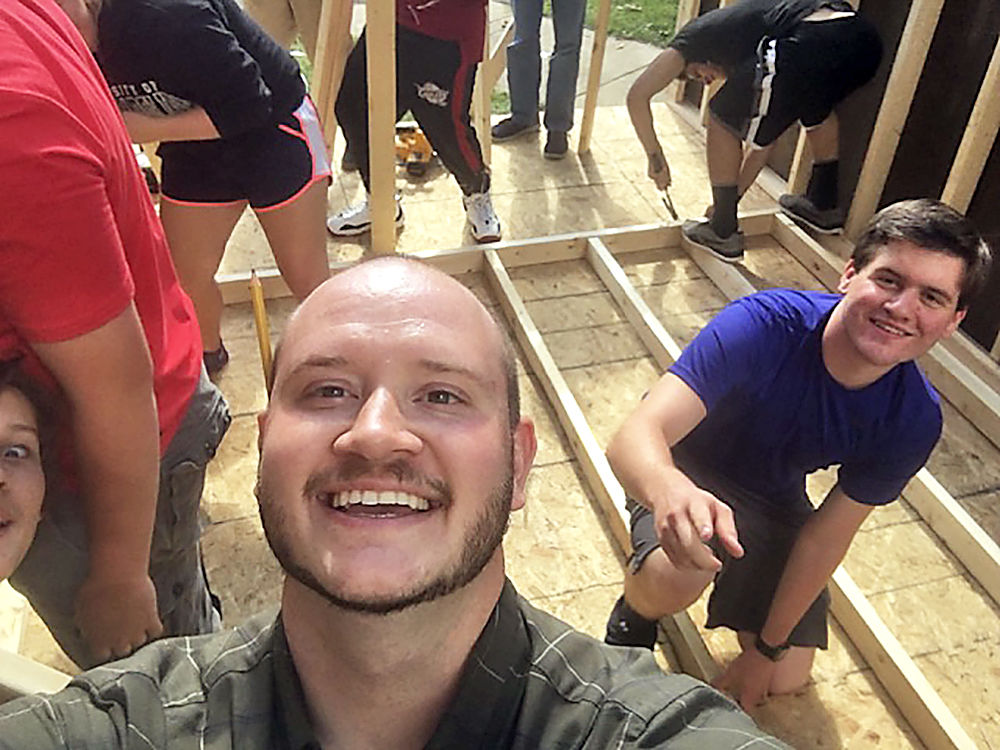 Todd Crissman and his students work on a shed that stands behind the Freight Farm on the high school campus. The shed is currently being used for an agricultural mechanics small-engine repair class. 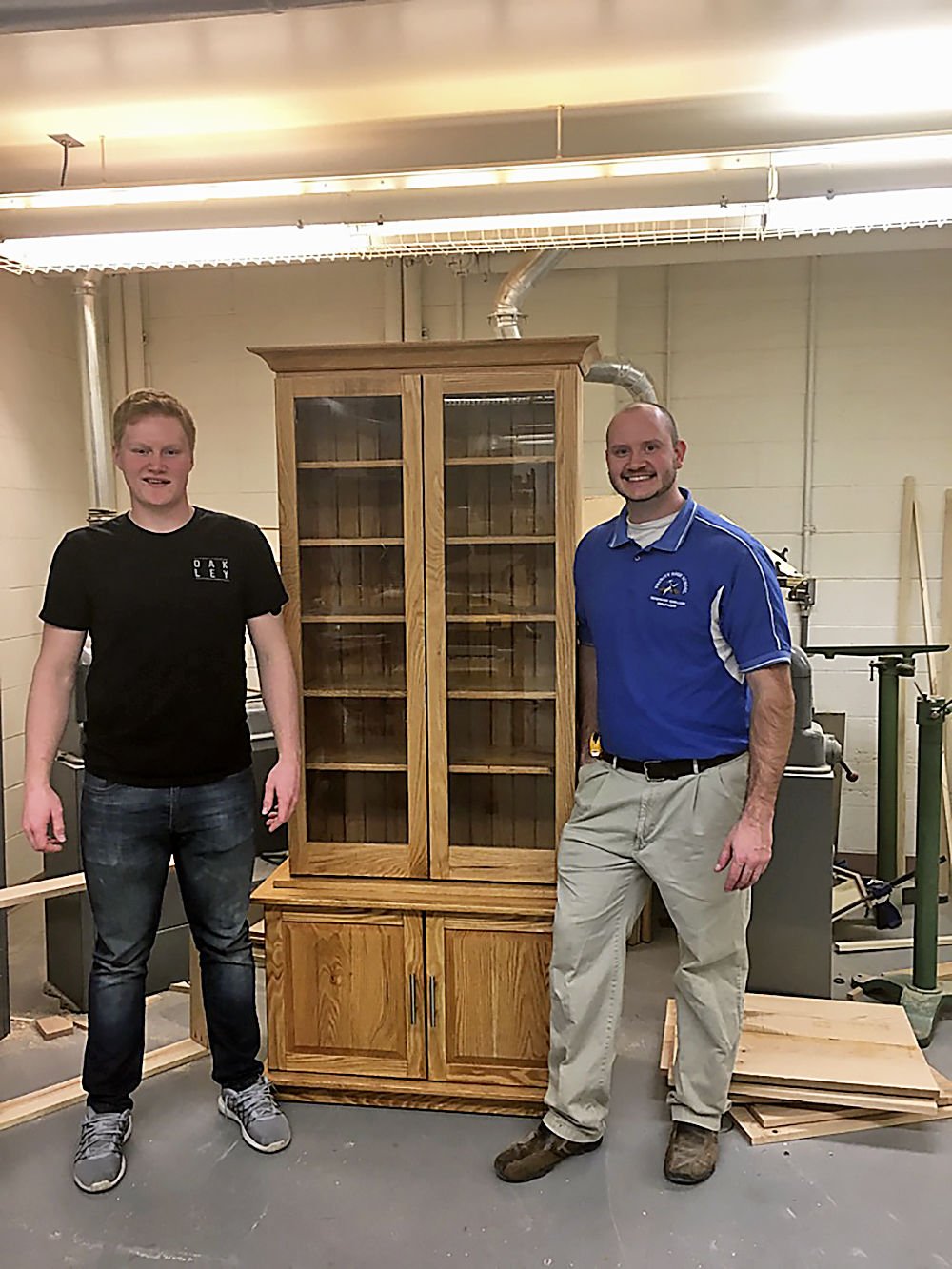 Nathan Hilzendeger, left, stands by a bookcase he made in teacher Todd Crissman’s woodworking class. 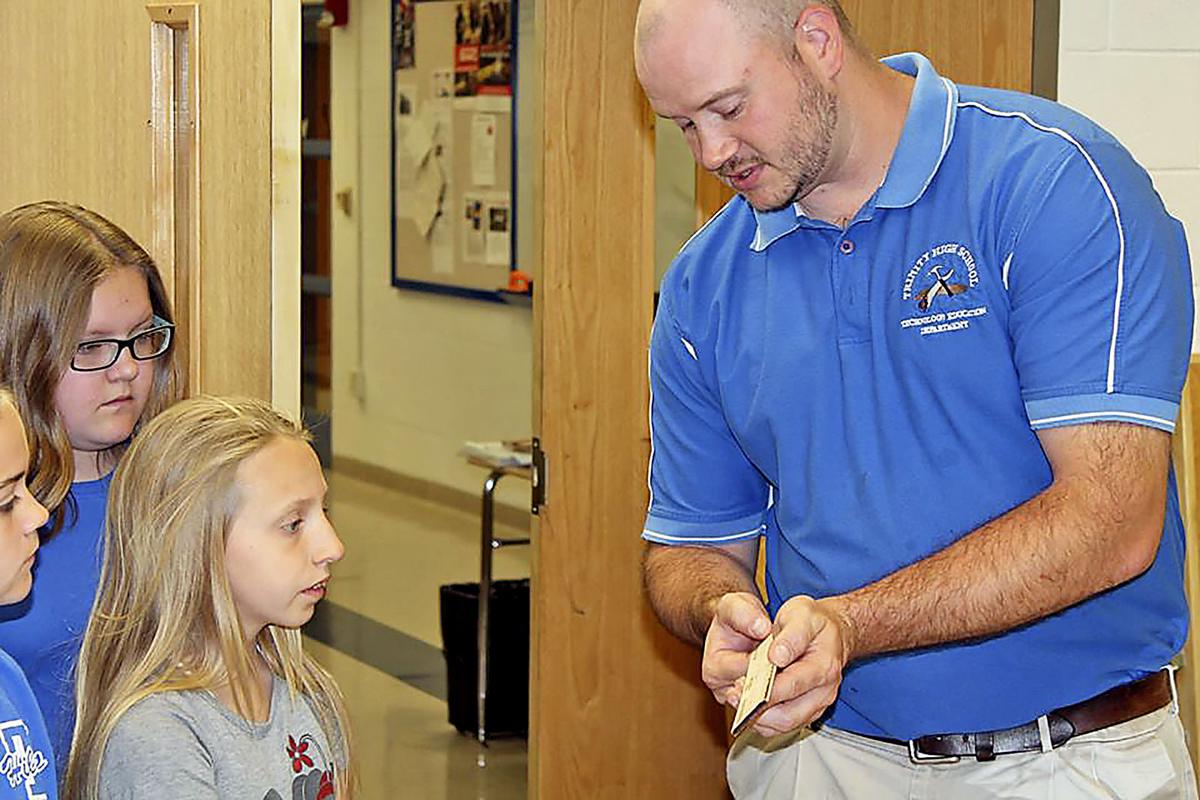 Todd Crissman conducts workshops and classes for students throughout Trinity Area School District and from other school districts.

Todd Crissman and his students work on a shed that stands behind the Freight Farm on the high school campus. The shed is currently being used for an agricultural mechanics small-engine repair class.

Nathan Hilzendeger, left, stands by a bookcase he made in teacher Todd Crissman’s woodworking class.

Todd Crissman conducts workshops and classes for students throughout Trinity Area School District and from other school districts.

Todd Crissman’s decision to become a teacher was influenced by his technology education teacher at Armstrong High School.

Thirteen years later, Crissman, a technology education teacher at Trinity Area High School, finds himself having an impact on the career choices of his students.

For his dedication to teaching and to his students, Crissman has been selected as the ExtraORdinary People award for December.

Crissman graduated from California University of Pennsylvania with a degree in technology education and began his teaching career at Trinity in 2009.

He teaches a variety of STEAM (science, technology, engineering, arts and math)-related classes, including woodworking, drafting, robotics and agricultural construction.

Crissman typically has six different preparations for classes, and he spends several hours before and after school working with students in his classes and other classes, including physics and horticulture, on projects.

On a recent Monday, Crissman was working with student Patrick Lowe, who has spent the past year building a drone from scratch.

“Todd does a phenomenal job inside of the classroom and outside of the classroom. He’s innovative and he’s a visionary in the application of skill sets,” said Don Snoke, assistant superintendent at Trinity, noting Crissman’s classes are among the most popular at the high school. “He has taken the program in areas where other people have not gone.”

He is passionate about the importance of helping students engage and excel in STEAM classes that, he believes, will help them to become problem-solvers and make a difference in the world.

“The subject material I’m teaching is so relevant to the kids. I like helping the kids see the relevance of what they’re learning now and how it’s going to help them years from now,” said Crissman, who notes the role STEAM plays in jobs ranging from engineering and drafting to carpentry, plumbing, photography and digital media. “I love being able to help them gain the skills and knowledge that will help them with their futures.”

He holds a summer Fab Lab camp, where as many as 30 children spend their days developing Lego robotics obstacle courses, making chess and checker boards and pieces, developing blueprints for houses, and other activities.

“For me to say we have an awesome program is an understatement,” said Crissman. “It’s been extremely satisfying as an educator to say this is what we need, and then to have the backing and support of the school district to go get it.”

Crissman and his wife, Tina, have two sons, 10 and 8, and a 6-year-old daughter. He enjoys spending time with his family and coaches his children’s baseball teams.

Crissman said the most enjoyable part of teaching is working with students and watching them learn how to tackle a project and solve problems.

“Many of our projects, like the Battle Bots, are a crazy team effort, and part of it is figuring out what contributions we all can make. It’s challenging, and it’s a lot of fun,” said Crissman. “I love what I do.”

As part of the ExtraORdinary People recognition, Todd Crissman has been given $500, underwritten by Range Resources and the Observer-Reporter, to donate to the charity of his choice. Crissman has selected the Trinity Cafeteria Fund, to help pay off lunch debt for students.