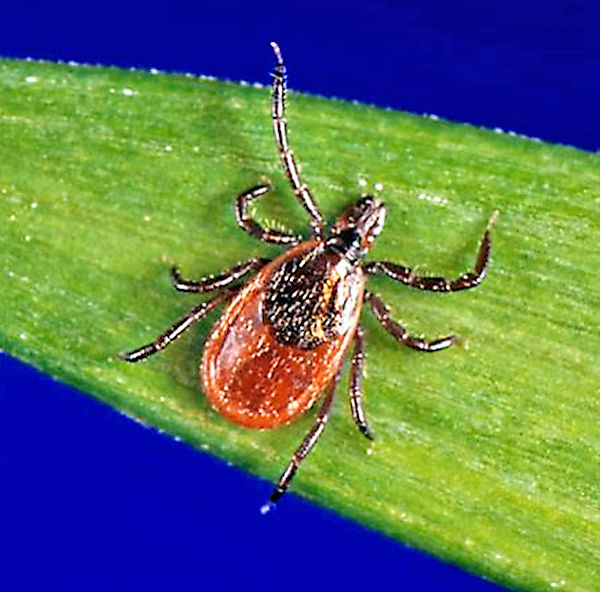 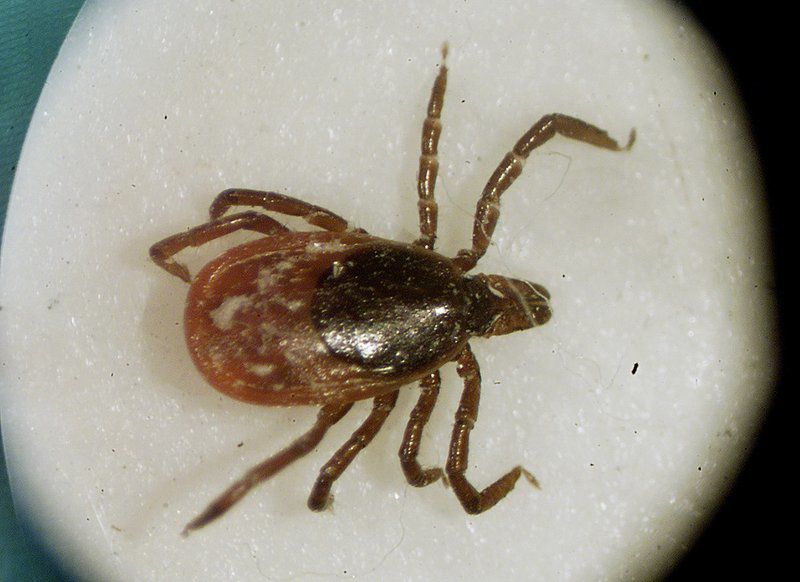 This March 2002 photo shows a deer tick under a microscope in the entomology lab at the University of Rhode Island in South Kingstown, R.I.

This March 2002 photo shows a deer tick under a microscope in the entomology lab at the University of Rhode Island in South Kingstown, R.I.

State experts and local veterinarians are warning the prevalence of ticks and the Lyme disease they can transfer to humans won’t go away during the cold weather months.

Warmer temperatures happening later in the fall – such as this past weekend – are allowing the tick populations to survive, although even Tuesday’s heavy snowfall won’t totally wipe them out.

State Department of Environmental Protection spokesman Neil Shader said the region will need “prolonged periods” of below freezing temperatures to reduce the number of encounters people may have with ticks in the woods.

“The colder temperatures will slow them down, however, will not impact their populations,” Shader said. “Personal protection is key when being outside on those warmer days. Overall in Pennsylvania, tick populations and incidence of Lyme disease are increasing.”

That means people should be careful when hunting or hiking in the woods, and when taking their dogs for a walk. While many pet owners may think they can stop treating their animals with tick repellent in the fall, Amy Davis, the office manager for Hidden Valley Animal Clinic in McMurray, said they’re now recommending people use that treatment throughout the year.

“With our weather, it’s back and forth and the ticks aren’t dying off. We want to keep our pets protected all year long,” Davis said. “With the weather jumping around … it’s just not cold enough where they’re dying off.”

The number of Lyme disease cases were up in Fayette and Greene counties last year, but down in Washington County, according to DEP records. There were 151 cases in Washington County in 2019, down from 207 and 172 the two previous years. Greene increased from 31 in 2018 to 38 last year, while Fayette experienced 150 cases last year compared to 103 the year before.

Dr. Dena Nader, regional medical director of MedExpress Urgent Care, said the medical provider has not noticed an uptick in Lyme disease this year across the country. In fact, the number of visits to MedExpress facilities nationwide for tick bites and Lyme disease was down in September, October and November, Nader said. But Nader warned people to use tick repellent, avoid leafy or brush-filled areas and perform a “tick check” before entering a person’s vehicle or house.

One person who knows firsthand the painful effects of Lyme disease is Greene County Commissioner Blair Zimmerman, who was diagnosed with it in late August or early September. Doctors initially couldn’t figure out why he had a rash on his arm and thought it was a fungus. But the textbook “bull’s-eye” rings later appeared on two locations on his body, giving doctors an indication that a tick bite likely led to the disease.

Zimmerman’s joints ached, his knees were sore and he struggled to close his hands. He took oral and intravenous antibiotics for three months that sapped him of his energy.

“It was like I was 90 years old,” said Zimmerman, an avid runner.

He’s unsure if the disease also contributed to back problems that left him hobbled until he had surgery recently. Zimmerman was away from the county building for at least two months, and only returned to work in the office Monday.

“I feel better than I did,” Zimmerman said. “If you love the outdoors and get home from a hike, make sure to check yourself. It’s not just a warm weather thing.”

Zimmerman doesn’t know when or where he was infected, but said the experience has changed how he views spending time in the woods.

“I was always in the woods, hunting and hiking and running all my life. Would pick (ticks) off. This one, didn’t even notice it,” he said.

He made that suggestion after his son returned from a hunting trip this weekend. They found a tick and pulled it off, despite it being late November.

“You just don’t think about it, or at least I didn’t, and I don’t think a lot of my friends do,” Zimmerman said. “Now that it’s happened to me, it’s a scary thing. You don’t talk about it a lot, but it’s out there.”