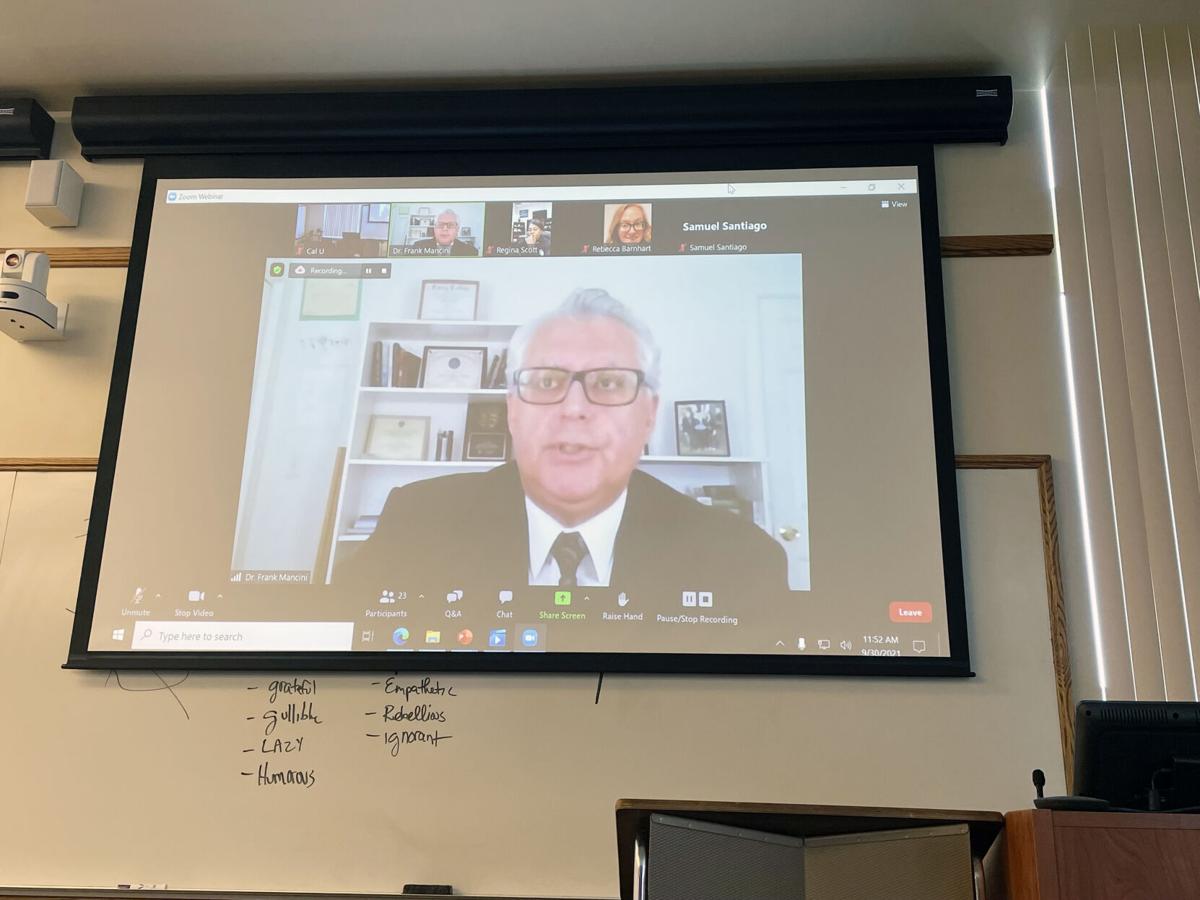 Frank Mancini, who retired from the Boston Police Department after 30 years of service, discusses a cultural shift, which, he said, is essential in police reform. 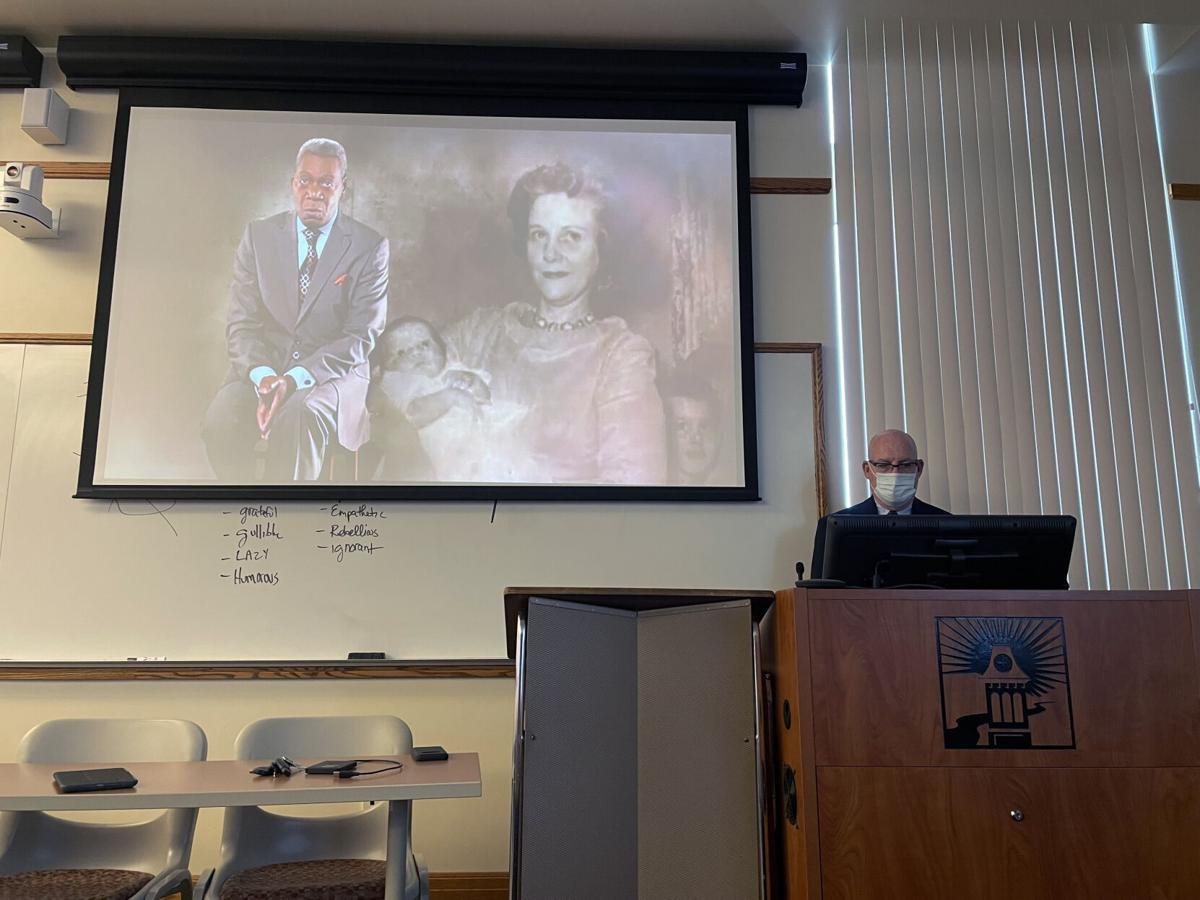 California University of Pennsylvania criminal justice professor Dr. John Cencich discusses the murder of local civil rights activist Viola Liuzzo, who was killed by members of the Ku Klux Klan in Alabama in 1965. 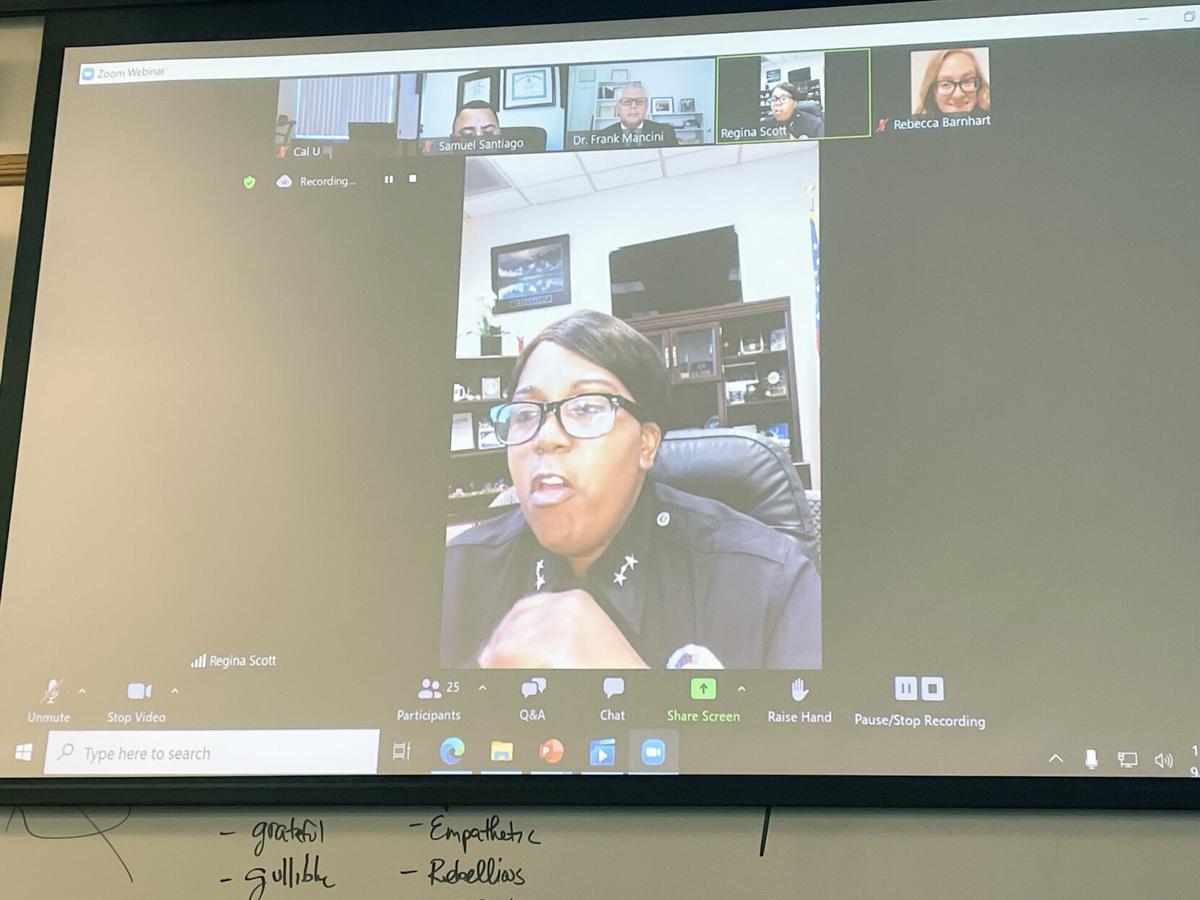 Frank Mancini, who retired from the Boston Police Department after 30 years of service, discusses a cultural shift, which, he said, is essential in police reform.

California University of Pennsylvania criminal justice professor Dr. John Cencich discusses the murder of local civil rights activist Viola Liuzzo, who was killed by members of the Ku Klux Klan in Alabama in 1965.

A cultural shift among law enforcement members is essential to police reform, shifting from a mentality of “warriors” to “guardians,” police veterans said in a panel discussion Thursday.

California University of Pennsylvania hosted the discussion, “The Civil Rights Act and the Police: From Mississippi Burning to Minneapolis.” Panelists included alumni of Cal U.’s Doctor of Criminal Justice program who serve in California and Massachusetts. They said that incidents of publicized police brutality both historically and in recent years spurred necessary reforms.

“Even when I came on the job 32 years ago, the main skills of the job were ‘How many pushups can you do? How fast can you run? How many arrests and citations have you made?’ These have changed,” said Frank Mancini, who served with the Boston Police Department for 30 years and investigated reports of police corruption.

He said the Birmingham campaign in 1963, when police responded to civil rights marchers with fire hoses and dogs, led directly to the Civil Rights Act of 1964.

“They were almost like fighting an enemy in a war. They had a warrior mentality: us vs. them,” he said.

Now, Mancini said police are shifting to a guardian mentality, and the highest priority of police should be protecting the constitutional rights of citizens.

“It’s our job to help you, because we are public servants,” he said.

He discussed the Occupy Boston movement in 2011 and 2012, and said police were able to use compassion and empathy as they worked with demonstrators to form compromises and relationships.

“At Occupy Boston, we got to know each other by first names,” he said of police and demonstrators.

Scott said her department implemented “constitutional policing.” The department brought a voice among their “opposition” into their discussions: a community member who had filed lawsuits against them.

She said developing their approach involved examining research, changing policies and procedures, and looking at the ways implicit bias factored into methods like “stop and frisk” procedures.

“Everything we did had a nexus of trust and protecting rights,” she said.

Santiago, who polices a small but diverse community, said his department participated in training to “bridge the gap between citizens and police.” His department implemented their new procedures based on a Massachusetts police reform bill signed after George Floyd died under the knee of former Minneapolis police Officer Derek Chauvin in 2020.

Santiago serves as one of two civil rights officers in his department, a role established in a 2017 executive order which created the Governor’s Task Force on Hate Crimes.

He is tasked with investigating any civil rights complaints and documenting the “root cause” of problems. Santiago said the department is heavily involved with community engagement and speaking with the people they serve.

“That’s our job, at the end of the day, to provide a service,” he said.

“There are so many police departments out there that aren’t doing those things,” he said. “Hopefully, we will get there.”