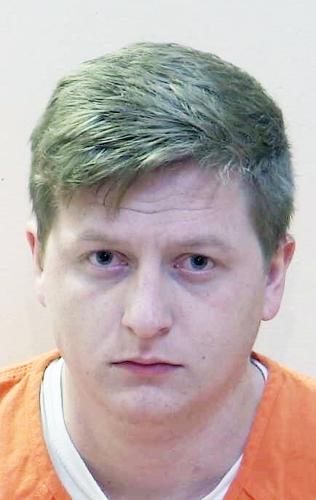 An East Bethlehem Township man has been jailed after being accused of dumping a woman’s body along a road following her death.

Matthew Allen Shashura, 24, of 211 Sarah St., faces misdemeanor charges of abuse of a corpse and tampering with physical evidence. He is also charged with criminal conspiracy.

According to court documents, Shashura is accused of leaving the body of Rebecca Kloster, 33, alongside a road at an unknown location in Washington County.

Police said Friday afternoon they consider Kloster to be a missing person and asked the public’s assistance in locating her.

She is described as being about 5 feet 2 inches tall and weighing 130 pounds. She has brown hair and brown eyes. Police said she was last seen in the area of Murtland Avenue and North Avenue in South Strabane Township.

According to police, Kloster’s mother reported her missing on Jan. 19, and she left home with Shashura on Dec. 18. Kloster never returned, and the last contact her mother had with her was on Dec. 19.

Kloster suffered from drug addiction and stage 4 kidney failure, court documents state. She may not have had her medication.

Police determined Kloster and Shashura had been staying at the Rodeway Inn at Motel 6 Drive in South Strabane Township. Shashura denied that, claiming he had not seen her for six months, but security footage showed both of them arriving at the motel. Shashura claimed the woman in the footage was not Kloster, court documents state.

He told police he had been at the Rodeway with Christian Panyko, whose age and address was not provided in the complaint. In an interview, Panyko said Kloster had also been with them.

According to court documents, Panyko confessed to police that the three had been using narcotics at the hotel. He claimed that he and Shashura left to purchase more drugs, and when they returned they found Kloster unresponsive.

Panyko attempted CPR and Narcan to no avail, according to police. He and Shashura then put Kloster’s body in the back seat of Shashura’s vehicle and left her along the side of a road. Security footage from the Rodeway Inn shows Shashura and another man carrying what police believe to be an unresponsive person and placing them in a car.

According to online court records, no charges have been filed against Panyko.

District Judge Joshua Kanalis sent Shashura to the Washington County jail and denied him bond. According to court records, Kanalis denied bond after Shashura lied about his place of residence three times.