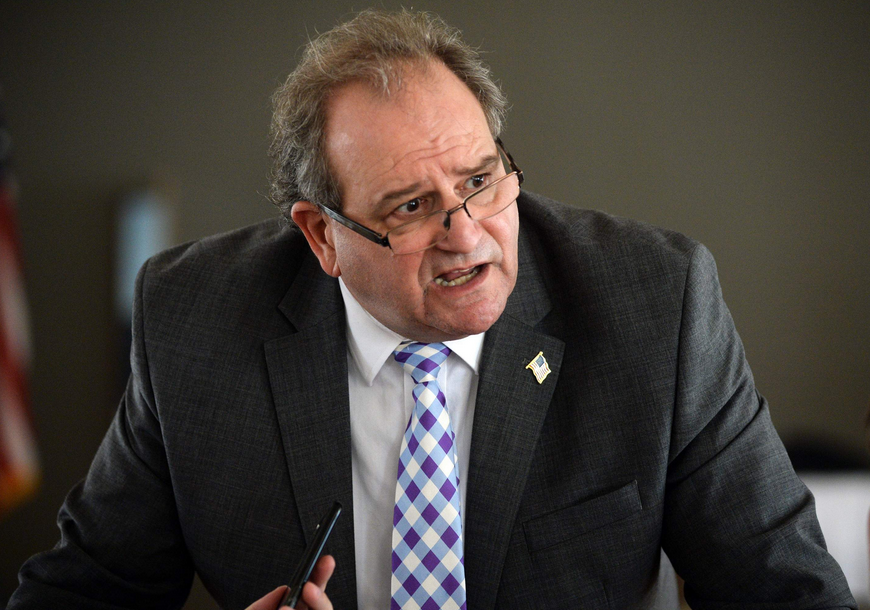 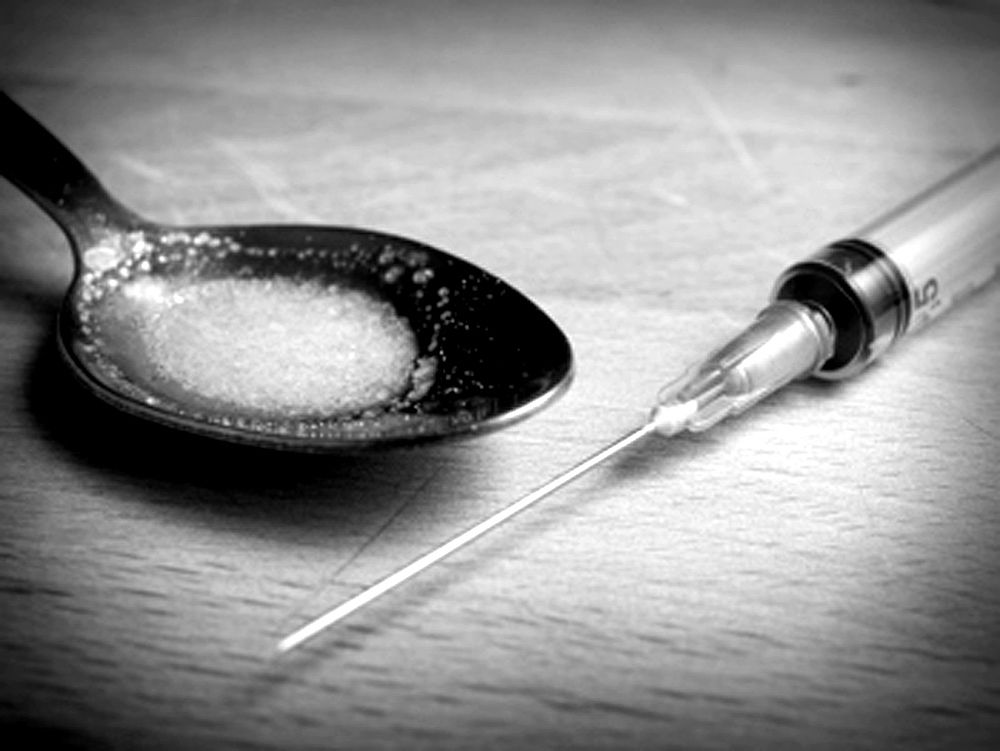 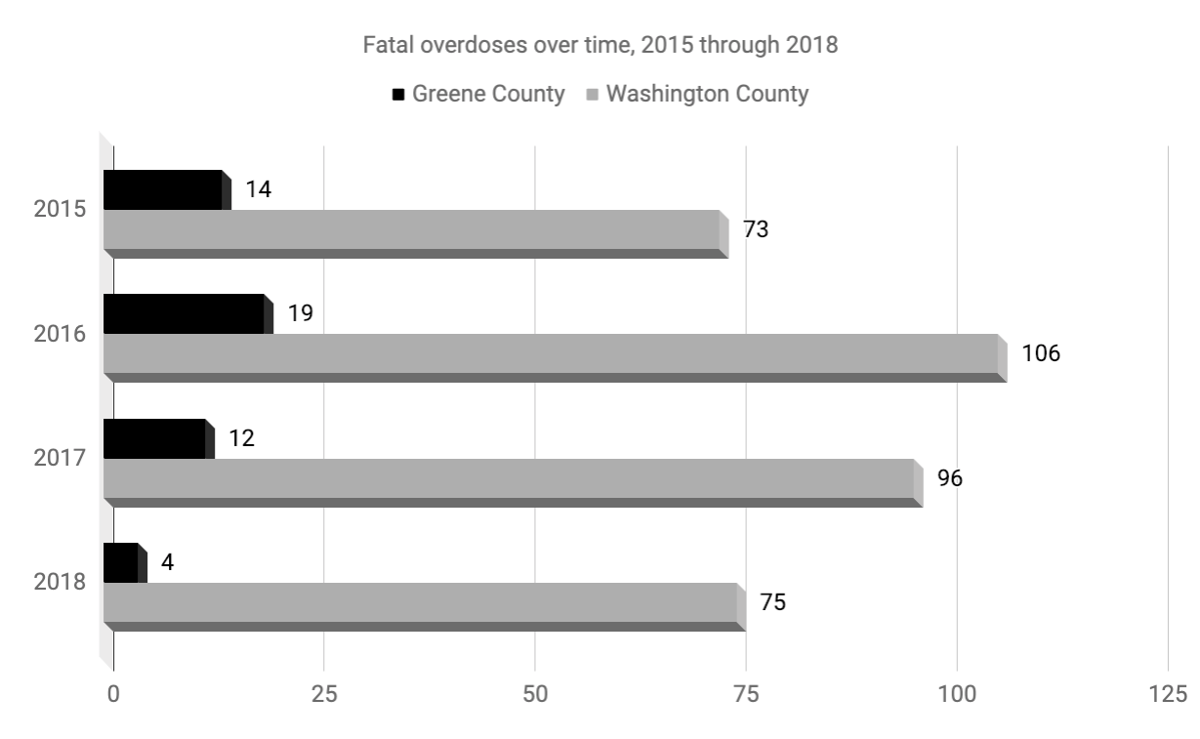 Fatal overdoses in Washington and Greene counties over the past four years. 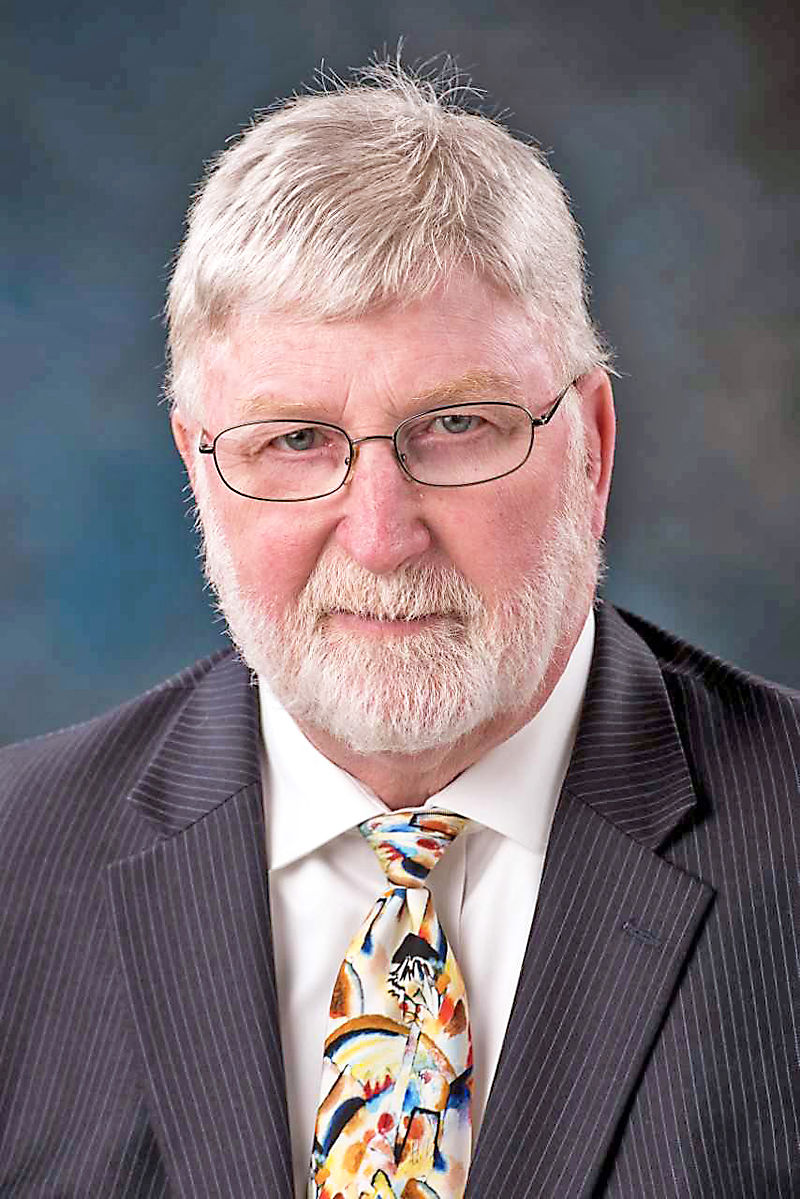 With the region having been saturated last year with an opioid reversal drug, counties in this region made progress in reducing the number of heroin and fentanyl overdose deaths.

The decline in the number of accidental overdose deaths was even more pronounced in Greene County last year, where the figured dropped sharply for the second straight year. Four people died of accidental overdoses in the county in 2018, which is down 66 percent from the 12 people who died there in 2017, and a fraction of the 19 people who died in that fashion in 2016, which was an all-time high for the county.

“We’re not sure why,” Greene County Coroner Gene Rush said Thursday. “Whatever it is, we’re thankful for it.”

Westmoreland County does not have enough reports and other data to conclude that naloxone, the anti-overdose drug, is responsible for the reduction in overdose deaths, said Tim Phillips, executive director of the county’s drug overdose task force.

“It’s not just one magic silver bullet responsible for this,” Phillips said. “It’s a combined effort.”

He said the county’s fleet of vehicles are equipped with naloxone, but the successes are also due to education and awareness.

“We do whatever we can do to keep these people alive,” Phillips said.

Washington County recorded 75 drug overdose deaths last year, with the bulk of them having involved heroin and fentanyl or the more potent forms of synthetic opioids, said a spokesman for Coroner Tim Warco. There were 96 such deaths in the county the previous year.

The 2018 deaths in Washington County include a handful of suicides and deaths from alcohol and prescription drug overdoses.

Vittone said he also credited the work of an opioid overdose coalition he formed that has created 30 programs to deal with the heroin problem, with a focus on steering addicts into rehabilitation.

Washington County has distributed more than 2,100 kits of naloxone over the past three years, an effort that had saved 336 lives as of April.

Rush said health officials suspect that more Greene County residents may have died from fatal overdoses in surrounding counties, but those statistics are not included in the 2018 total.

The drop in overdose deaths comes as the Wolf administration distributed more than 6,100 free naloxone kits across the state last month as part of its “Stop Overdoses in PA: Get Help Now Week” initiative. In Washington County, 57 kits of the overdose-reversing antidote were distributed, while 12 were given away in Greene County. Ninety were distributed in Westmoreland County and 11 in Fayette County. Philadelphia County distributed the most kits in the state, giving away 1,027, followed closely by Allegheny County’s 926.

“It is essential for people to have the lifesaving medication naloxone on hand,” state Health Department Secretary Rachel Levine said last month following the distribution drive. “We are excited that Pennsylvanians are stepping up to help save lives.”

Gov. Tom Wolf last month once again renewed his heroin and opioid disaster declaration for the state after announcing the initiative earlier last year. He said first responders saved more than 9,000 people in Pennsylvania with the help of naloxone, and transported 92 percent of them to the hospital for treatment.

“We cannot get someone into treatment if they are dead,” Wolf said. “Naloxone saves lives, and we should all carry it because you never know when you will get the chance to help someone.”

Levine issued a “standing order prescription” to any state resident who wants to obtain naloxone from a pharmacy, which can be available for free or at a low cost. For more information on how to obtain naloxone, visit www.health.pa.gov/topics/disease/Opioids/Pages/Naloxone.aspx.